The tagging of murals has been a persistent issue in Toronto for years, but every once in a while it can feel like it's gotten out of control for some people.

One city resident who lives near many of Toronto's best graffiti spots was especially irked when it took less than two weeks for someone to tag up a new addition to the artscape.

"Taggers are taking over Toronto," Richard Keshen, who lives near King and Bathurst, tells blogTO. 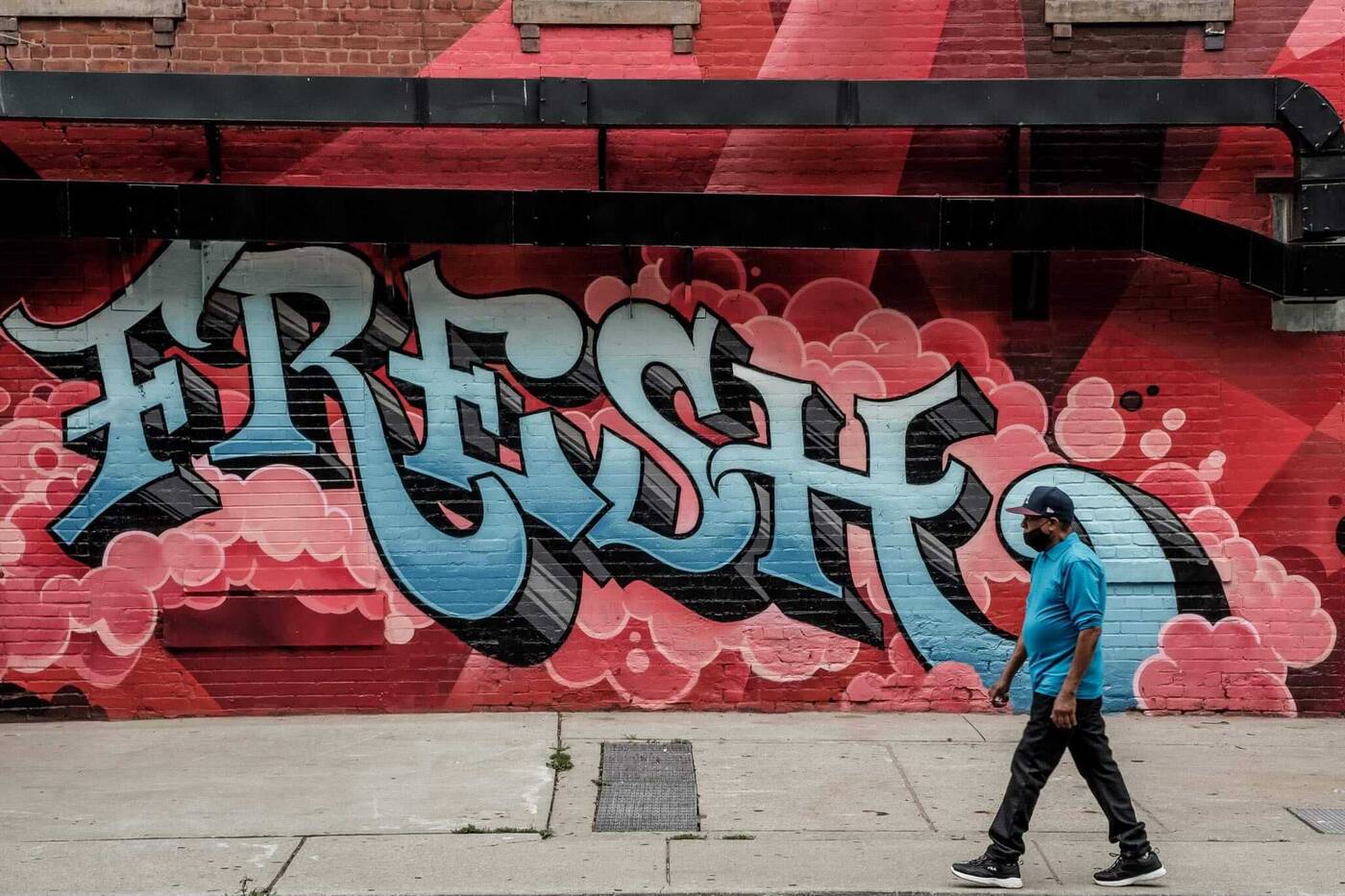 The art installation prior to being tagged. Photo by Richard Keshen.

Keshen says it only took 12 days for taggers to deface an art installation at Queen and Dennison, bright blue script spelling out "fresh" on a red background.

Many tags can be seen on murals and installations along Queen between Bathurst and Spadina, and Keshen feels it's gotten worse during the pandemic. He walks along this stretch at least once or twice a week.

"It bothers me that this particular art installation was defaced," he says. "The artist put their time into creating this installation and that should be respected."

The issue has definitely been noticed a lot lately, and it's not limited to the area surrounding Graffiti Alley. Several murals by a renowned artist were defaced with tags in Islington Village just four months ago.

It doesn't seem to matter how beloved the street art is, either: just a month before the Islington Village murals were defaced, money was raised to fix tagging that had defaced the East Don Trail's rainbow tunnel.

About a year ago, a beautiful Dundas West mural was defaced resulting in a social media firestorm that stirred up hundreds of Reddit comments.

"Artists should be encouraged to display their work outdoors. I've travelled to a few European cities where outdoor art installations enhance the appeal of the city," says Keshen.

"Never once did I see the destruction of art in my time spent in those cities. I fail to see the artistic value of tagging someone else's work or tagging in general."