Fans of street art in Toronto's Islington Village have been devastated by a recent trend of graffiti artists tagging the work of one of the city's most accomplished muralists.

The area features more than 20 murals devoted to subjects like Islington Village's history and homages to beloved neighbourhood spots. Renowned artist John Kuna is responsible for these murals and residents are furious someone defaced them.

"Over the past 15 years we’ve seen the history of Islington Village come alive through John Kuna’s vivid murals," a fan who wishes to remain anonymous tells blogTO. "We’re so dismayed that several have been recently defaced." 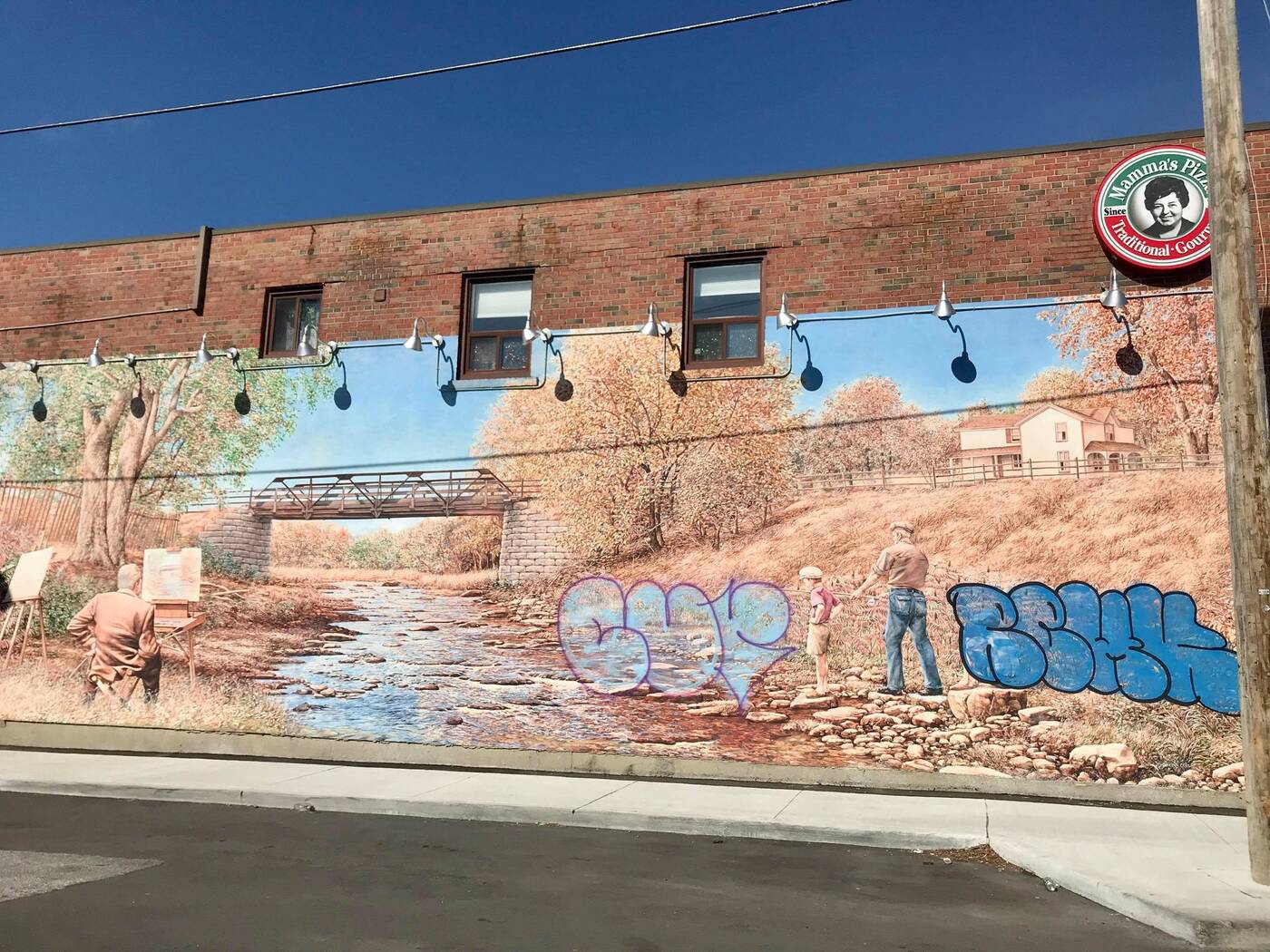 "It’s a disturbing trend we’re seeing all over the city where public art is no longer respected."

This isn't the first time beloved city artwork has been appropriated by taggers. Earlier this year, money was raised to restore the city's iconic rainbow tunnel after it was similarly defaced.

While the city has plenty of talented graffiti artists, there is an unspoken rule in the community to not interfere with anyone else's work.