In 1880, a grand theatre opened in Toronto at 167 King Street West. Its original name was the Academy of Music, but it was changed to the more regal title of Princess.

Located on the south side of King Street West, it was between Simcoe and York Streets. The row of buildings that included the theatre no longer exists as it was demolished when University Avenue was extended south from Queen Street.

Thus, the site today is buried beneath the multi-lane University Avenue.

The theatre's opening was an historic event, as it was first theatre in Toronto of any size that offered live theatre.

No one knew that the opening of the Princess was the beginning of Toronto's rise to become the third most important English-speaking theatre centre in the world. 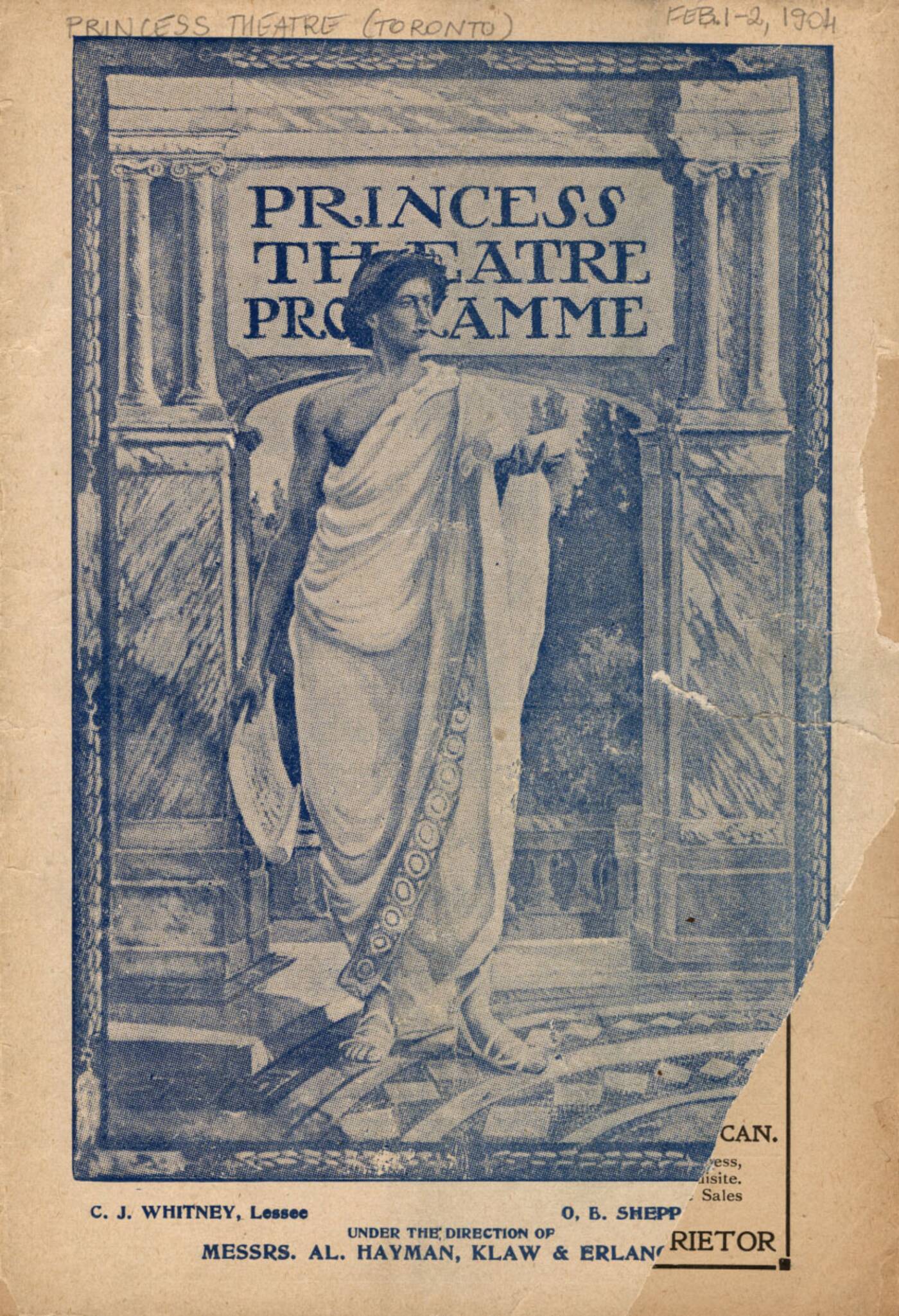 A programme from the Princess Theatre in 1904. Photo via Toronto Library Archives.

The Princess was an early-day version of an entertainment complex, as it contained a ballroom, banquet room, art gallery and drawing room, as well as a luxurious auditorium and stage.

Along with comic and dramatic plays, it also featured major sporting events. On May 23, 1896, the title contest between fighters Tommy Dixon and Frank Zimpher, for the featherweight boxing division was held at the Princess.

Mary Pickford, whose real name was Gladys Smith, gave her first stage performance at the Princess in 1900, in the play The Silver King. Her mother needed money and allowed her daughter to audition for the part.

Mary Pickford loved the experience and eventually became the greatest film star of her day, the first international star of the silver screen.

In 1907, the city's first performance of the opera Madame Butterfly was at the Princess, just three years after its Milan debut.

The same year, another theatre opened on King Street, offering live theatre in competition with the Princess. This was the Royal Alexandra Theatre, which remains in existence today.

In November 1924, the film Thief of Bagdad premiered at the Princess, starring Douglas Fairbanks, the husband of Mary Pickford. It was a silent film and for the occasion the theatre hired a 20-piece orchestra to provide the background music.

It was a gala performance, since the theatre rarely showed films, as it specialized in live theatre. However, because this was one of the most important movies of the decade, the theatre allowed an exception.

After almost four decades as one of Toronto’s most popular theatres, it finally shuttered its doors. The theatre was demolished in 1931.

Doug Taylor was a teacher, historian, author and artist who wrote extensively about Toronto history on tayloronhistory.com. This article first appeared on his site on March 22, 2015 and has been republished here with the permission of his estate. The article has been modified slightly.