Fake street signs aren't a new concept in Toronto, and many of them are built to blend into the city landscape.

Many people have walked past a street sign on Roncesvalles Avenue, south of Geoffrey Street, and not noticed it. The sign is the same size and uses the same green colour as many of the parking signs in Toronto.

Its silhouette of a person, text, and arrows mimic a parking sign pointing out to the street. 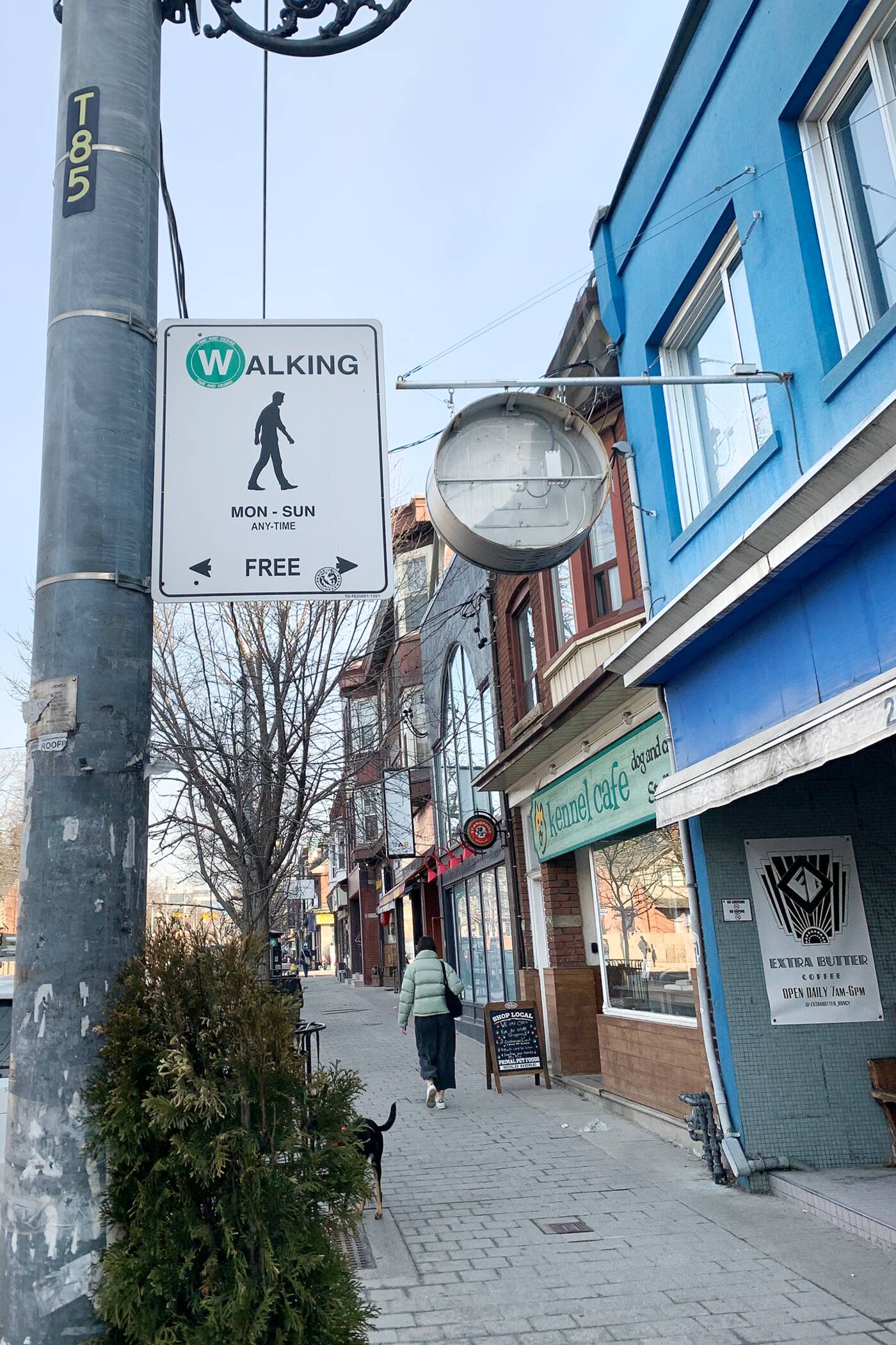 If you look closely inside the green circle around the W in Walking, the name "Time and Desire" indicates this sign is likely the work of Waterloo-based artists Denise St Marie and Timothy Walker.

The duo has created a number of street art projects. The walking signs, called The Pedestrian Series, were created and placed in several locations in Toronto and other cities from 2012 to 2014.

According to the artists' website, The Pedestrian series was first created for the Art of the Danforth Festival in 2012. Later the City of Mississauga commissioned them to create a series of 12 works to coincide with Park(ing) Day.

"The silhouettes for each piece originate from a member of the Port Credit community where the work was installed," the artist description reads. "Over 100 silhouettes were digitally recorded."

There were more signs installed in Toronto and Chicago.

The signs look a lot like a series of street signs installed around Parkdale last year. The origin of those signs, including a Black Lives Matter street sign, was not known. 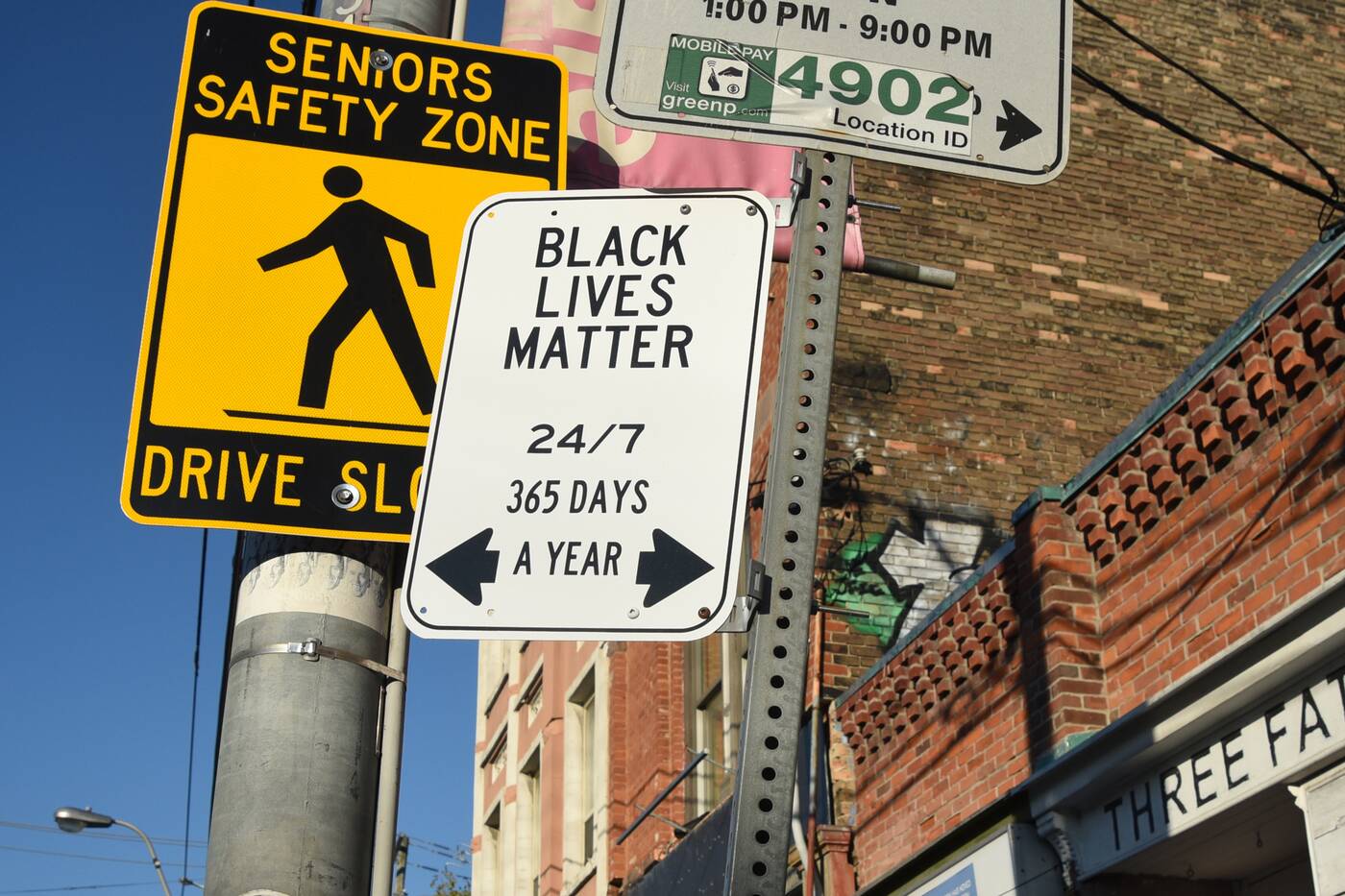 The signs are also similar to an art installation set up in the Distillery District in the summer.

The City of Toronto told blogTO it was not aware of the walking sign.

"Transportation staff and investigated and found that the sign in question is not a City of Toronto sign and should not be affixed to public infrastructure in the right of way," a city spokesperson told blogTO.

If you're hoping to see this sign, you should move quickly — the City said they're planning to remove it.