Black Lives Matter and Kindness Zone street signs have popped up amongst no parking and safety zone signs on a busy Toronto street.

The metal signs are attached to poles and look so similar to street signs, a passerby may not even notice them.

A sign that reads "Black Lives Matter 24/7 365 Days a Year" is posted on Queen Street West near Dunn Avenue in Parkdale. That sign caught the attention of at least one person.

The resident who tweeted about the Black Lives Matter sign on Oct. 6 told blogTO she didn’t know where the sign came from. The people at a hair salon where the sign is posted said they did not know anything about its origins. But the sign is getting a favourable reaction.

A bit farther down Queen Street West at Gladstone Avenue, two more signs are attached to poles outside the Gladstone Hotel. 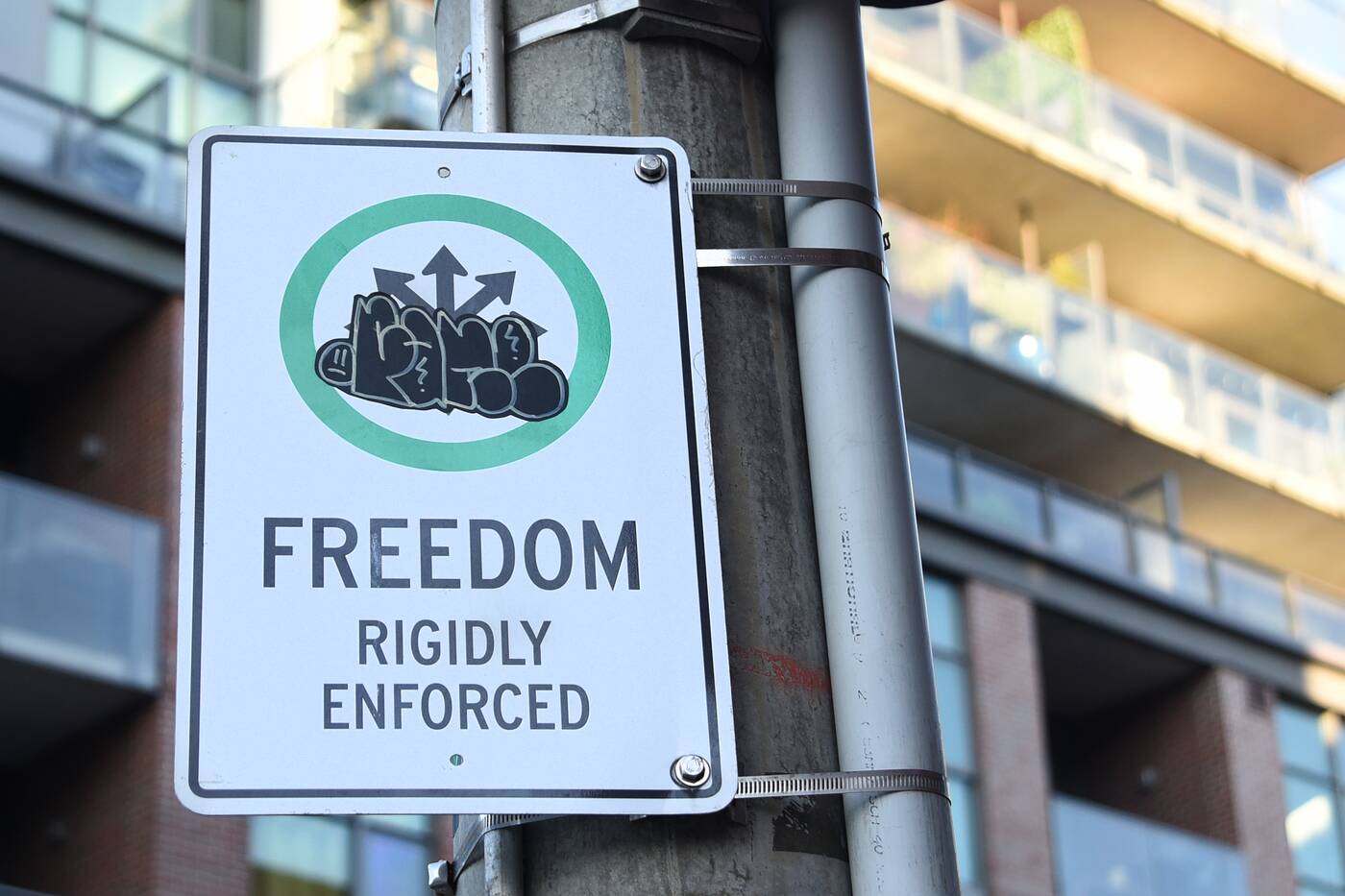 A sign at Queen Street West and Gladstone Avenue.

Another one reads "Kindness 24 Hours No Exceptions." 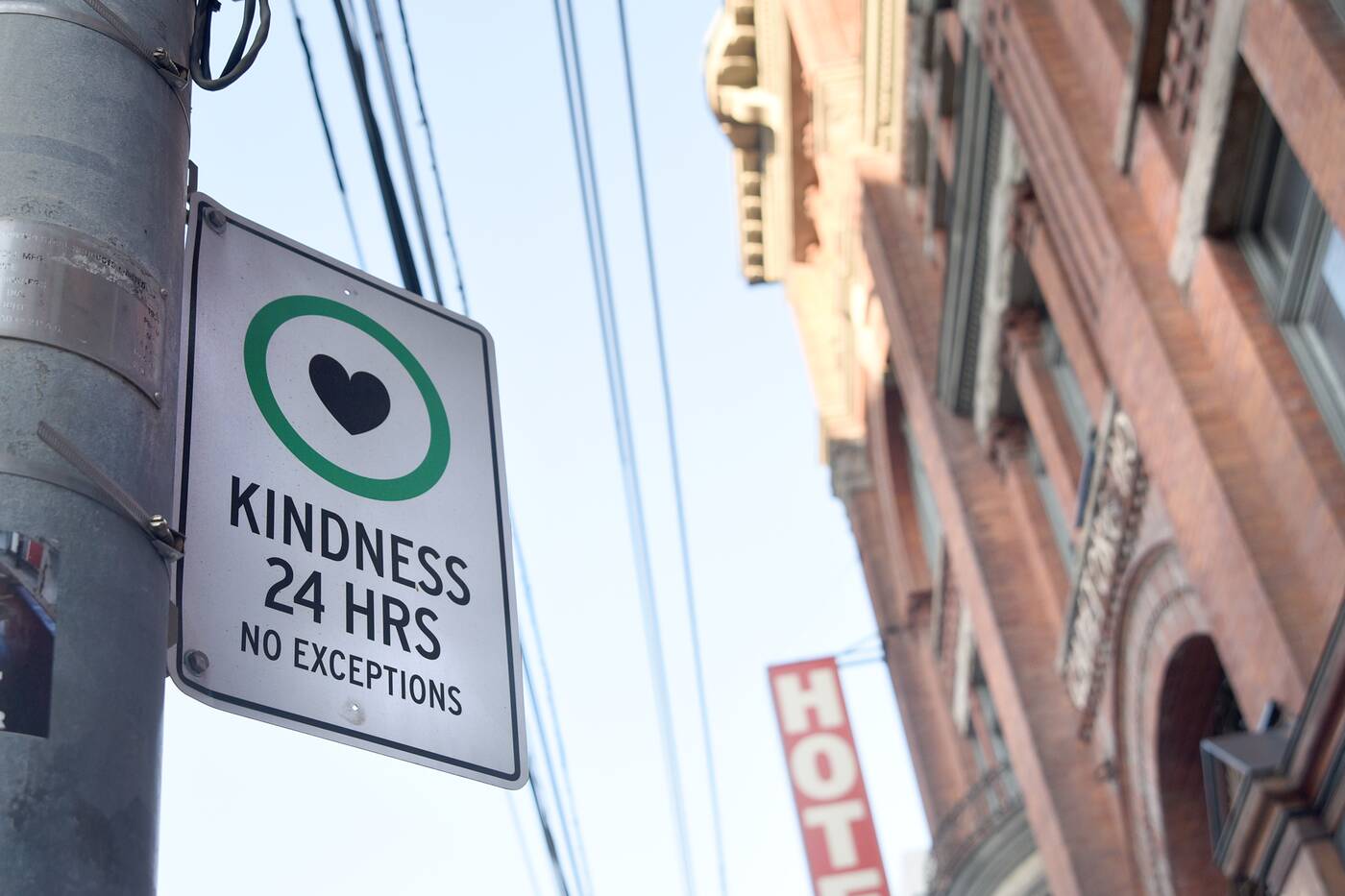 The kindness sign looks similar to ones that appeared in Pittsburgh in 2019 honoring Fred Rogers’ legacy.

They also appear strikingly similar to an art installation set up in the Distillery District in the summer. The installation by Los Angeles-based experimental artist Scott Froschauer featured street signs with positive messages such as love, relax and peace. Froschauer said he did not create the Queen Street signs.

"While they sound fantastic, those are the work of another artist," Froschauer wrote in an email to blogTO.

The realistic street signs are also reminiscent of historic plaques that popped up in the city in August. The five temporary plaques gave a brief history behind street names, emphasizing the relationship between the name and Black history. The person behind these plaques chose to remain anonymous, according to CBC.

Calls to businesses and organizations around Parkdale provided no answers to the origin of the Queen Street signs. Perhaps the creator of these signs also wants to remain anonymous.