The pink gradient walls of BBs Diner may be no more, but the beloved Filipino brunch spot still exists, only in miniature form.

There's now an itty bitty version of the old restaurant on Lippincott in this world, handcrafted by artist Tracy Ealdama.

Using a plastic cap for the exhaust fan, small wooden squares, and paint, the miniatures artist has recreated a mouse house version of the now-closed business, which has since been replaced by Happy Burger.

It's not the only Toronto institution that Ealdama has immortalized out of coffee stirrers and cardstock paper through her business Urthlings.

The self-taught artist, a former Toronto resident who now lives in B.C., started her career making a miniature rendition of Kim's Convenience just two years ago. 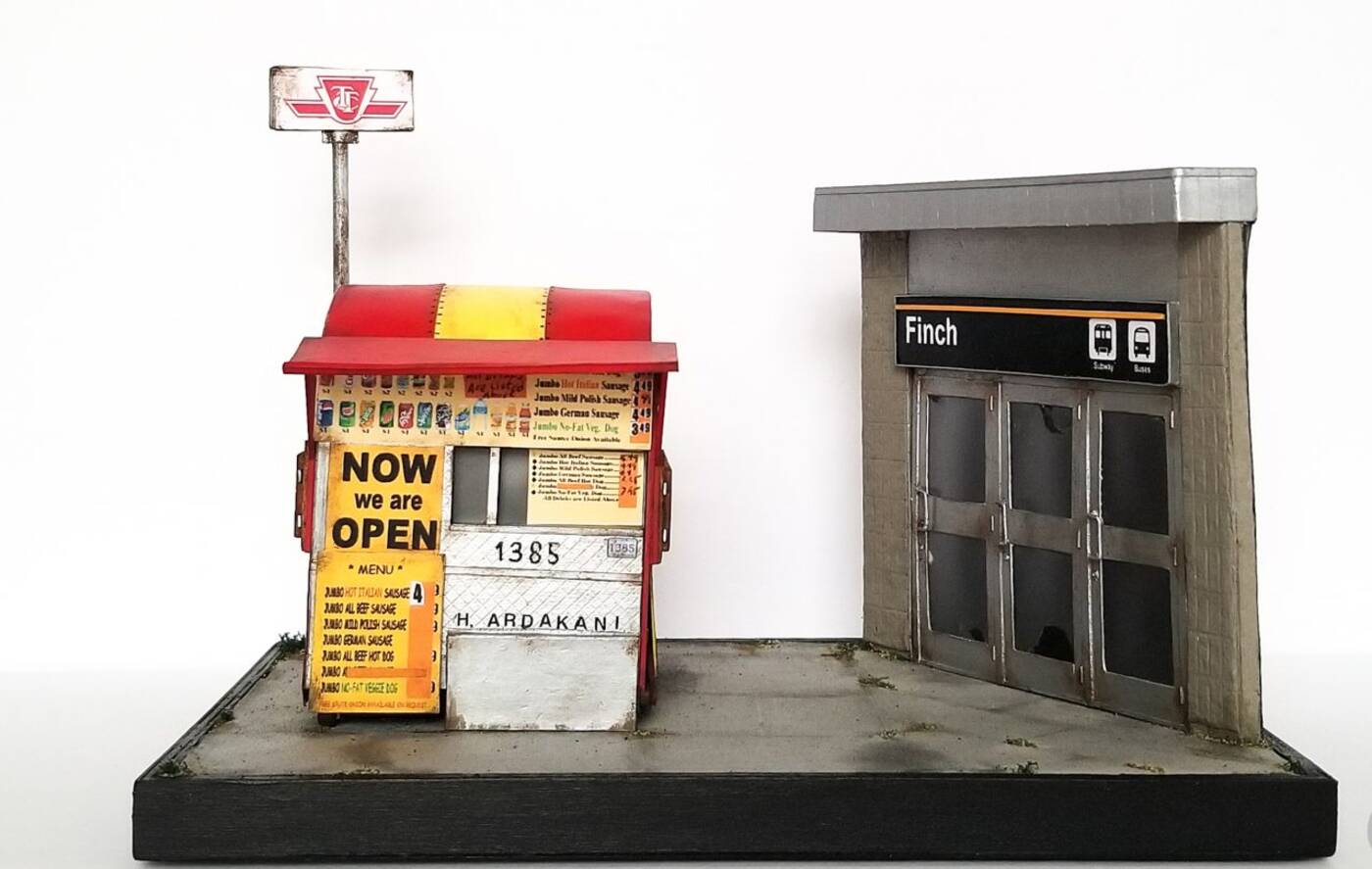 "Out of nowhere, I said I wanted to try and recreate the iconic storefront," she says. 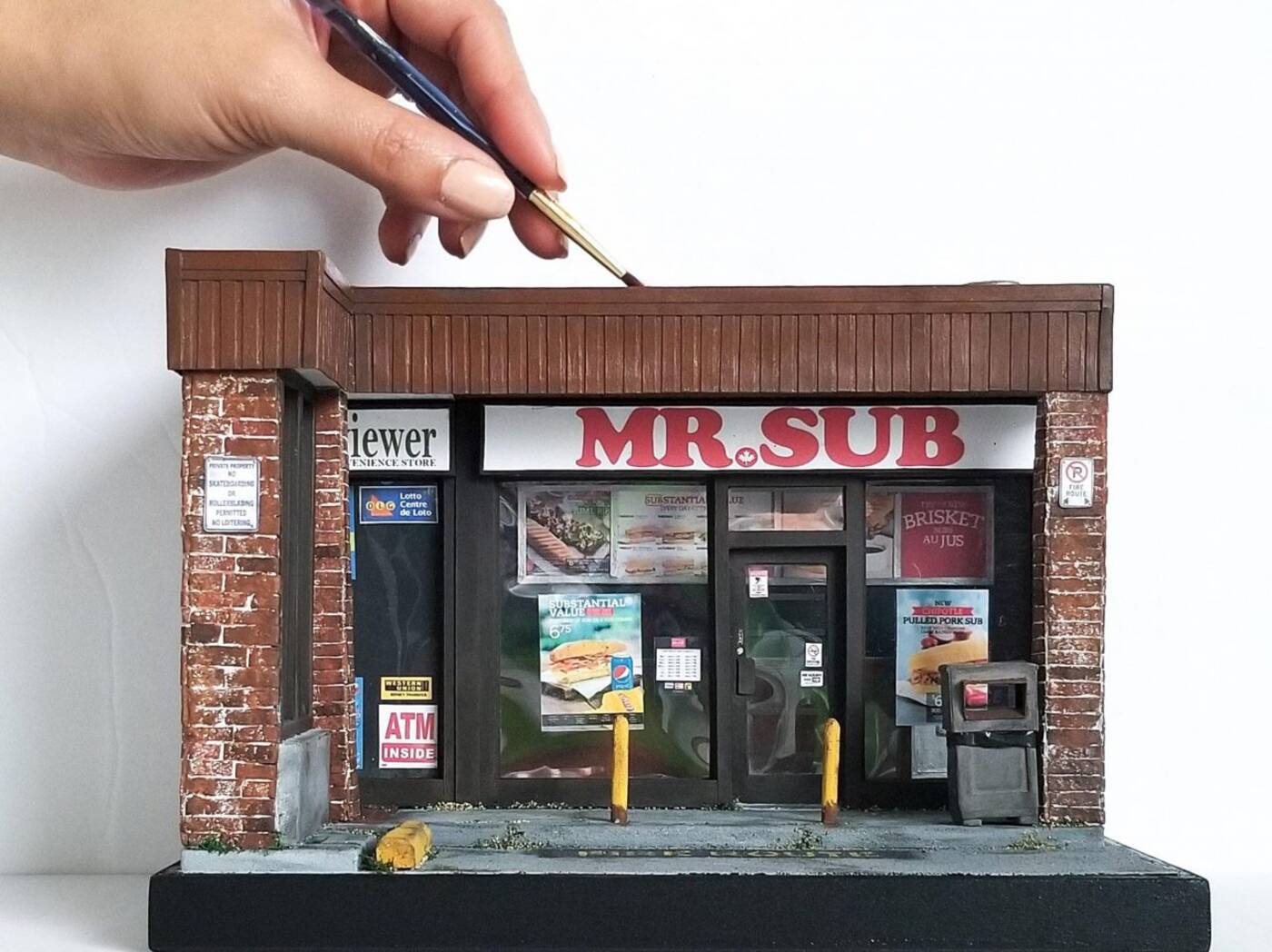 Ealdama takes commissions from anyone trying to immortalize a building or business in mini form.

Today, Ealdama takes commissions from clients like toy photographers, chefs, store owners—anyone who wants to honour a building with a mini version of it.

"Some reach out to me to create a memorable space that holds dear to them, like a childhood house they grew up in, or a favorite store/brand they absolutely love, or even a neighbourhood bodega they frequented - for nostalgic reasons." 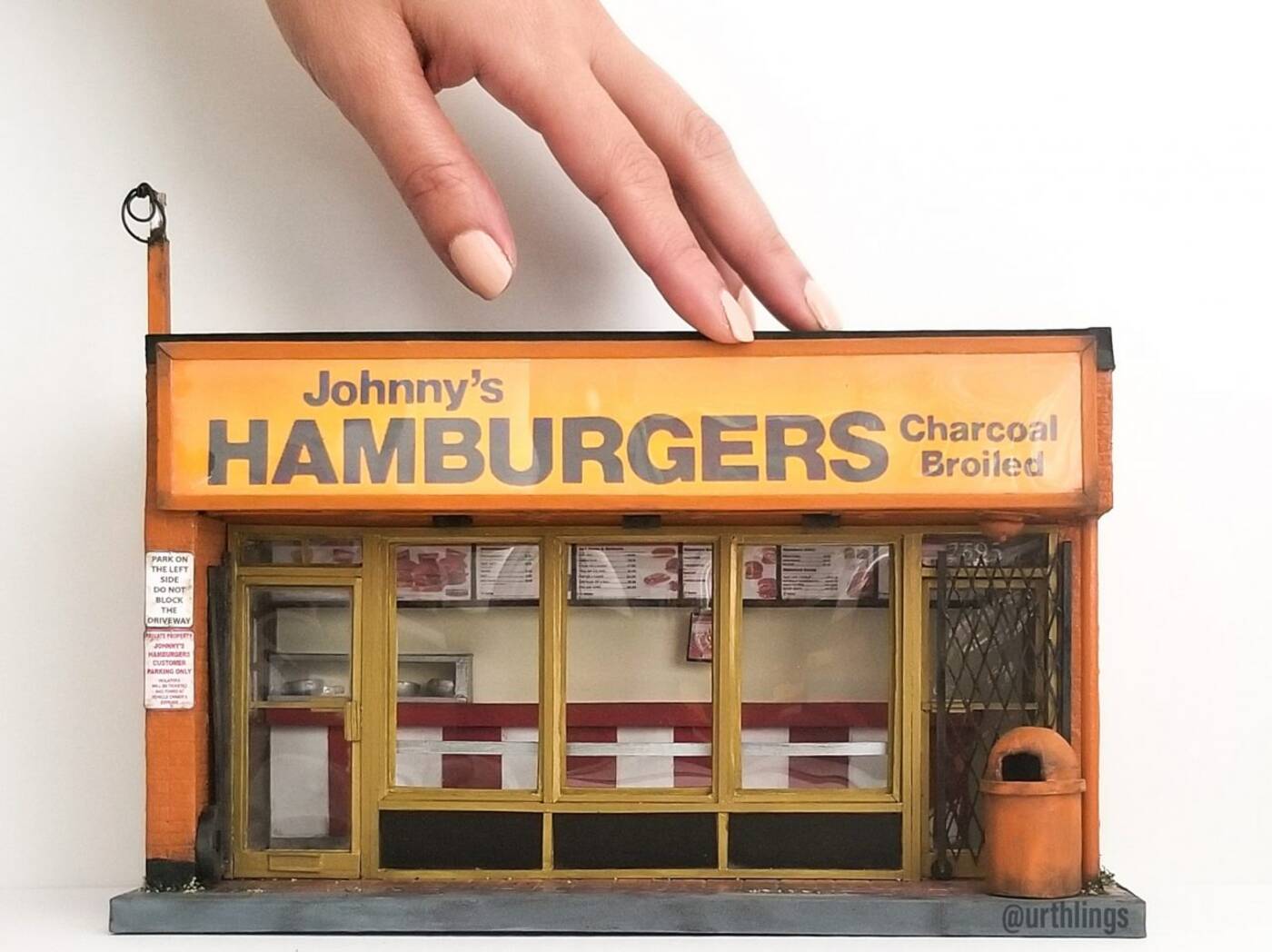 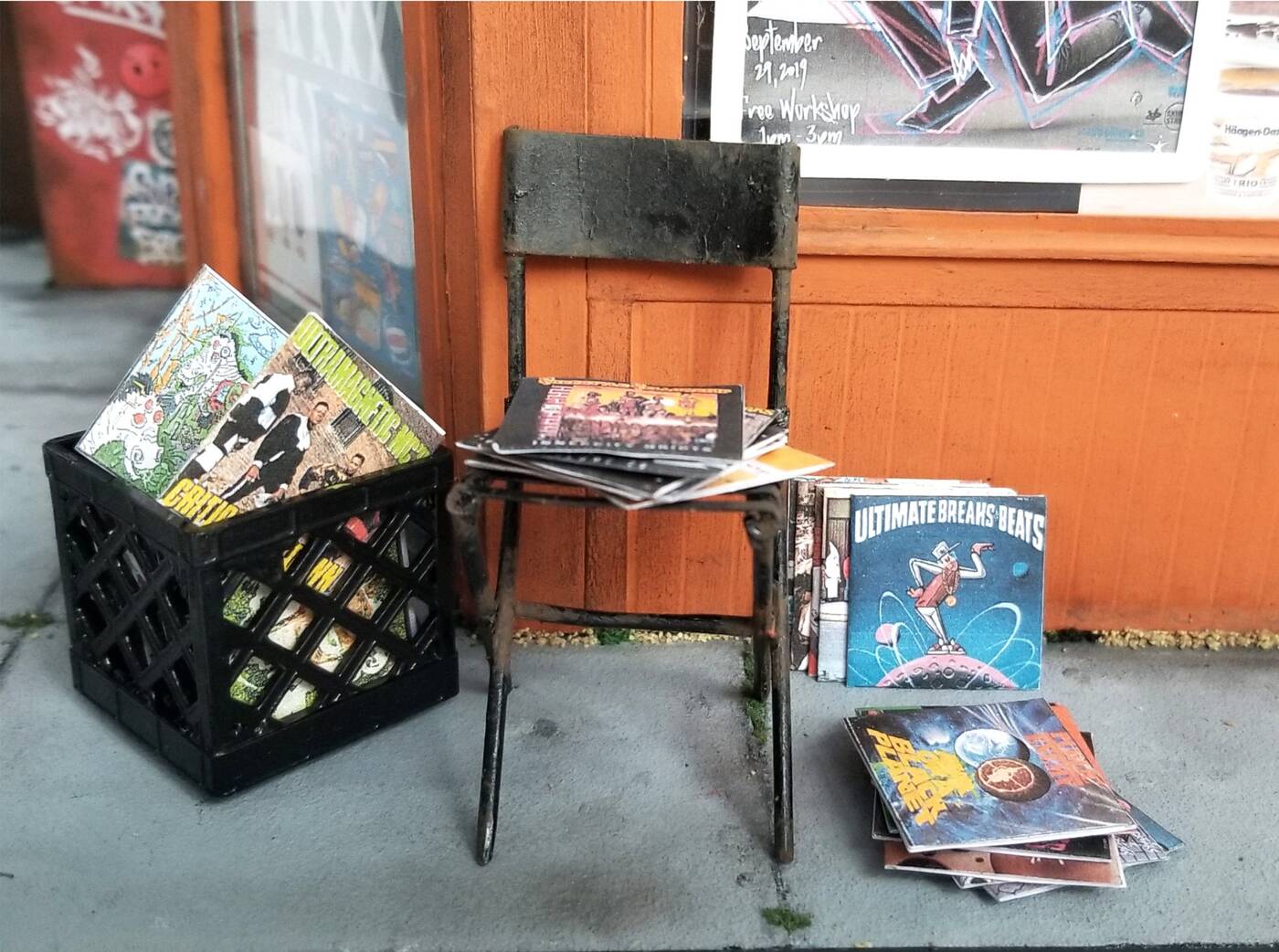 Details of miniature accessories outside of Ealdama's tiny Nobrega's Variety.

It usually takes about three to five weeks to complete one miniature, says Ealdama, typically done in the evenings after homeschooling her kids. 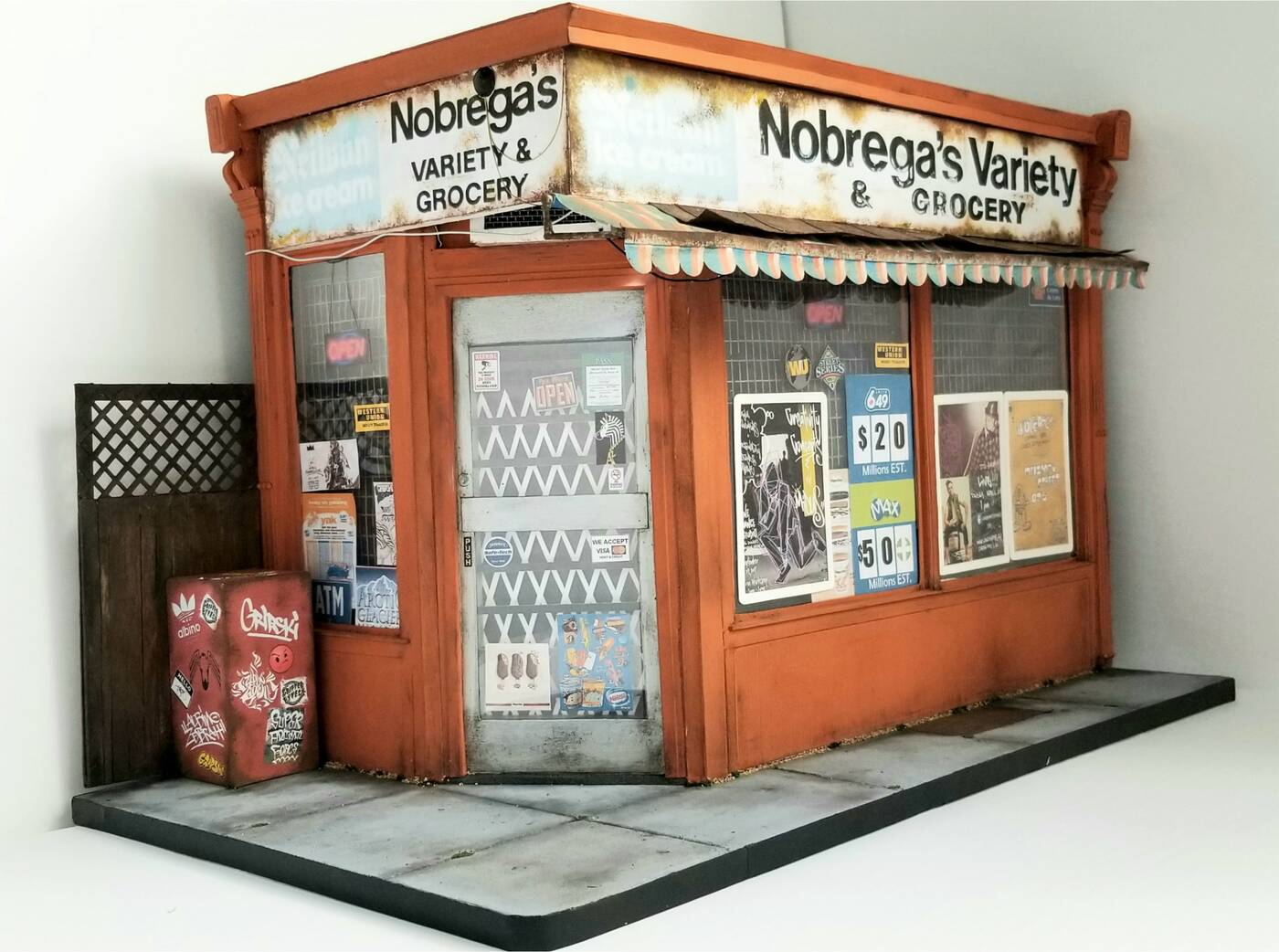 Ealdama's weathering process is what brings her miniatures to life.

Her favourite part is "weathering": using mica powder, pastels, and other pigments to the real-life texture to her work.

"These are the finishing touches I enjoy the most as it is not only fun to see my work come alive, but it also simply reminds me of the honour I've been given to create something that means so much to someone."