In Toronto's Parkdale neighbourhood, there is a cast of neighbourhood characters whom most residents will know of, if not always by name.

There's Lisa, the grimacing woman whose shopping cart and pigeon-eyed Barbie dolls permanently inhabited the bus stop at Queen and James for at least a year, despite several attempts by Toronto police to kick her out.

Devon, the busker, is frequently spotted strumming his guitar outside the LCBO. And then there's the guy with the dinosaur trapper hat, whose persuasive ways have convinced some of us to buy him a soda from the corner store on more than one occasion. 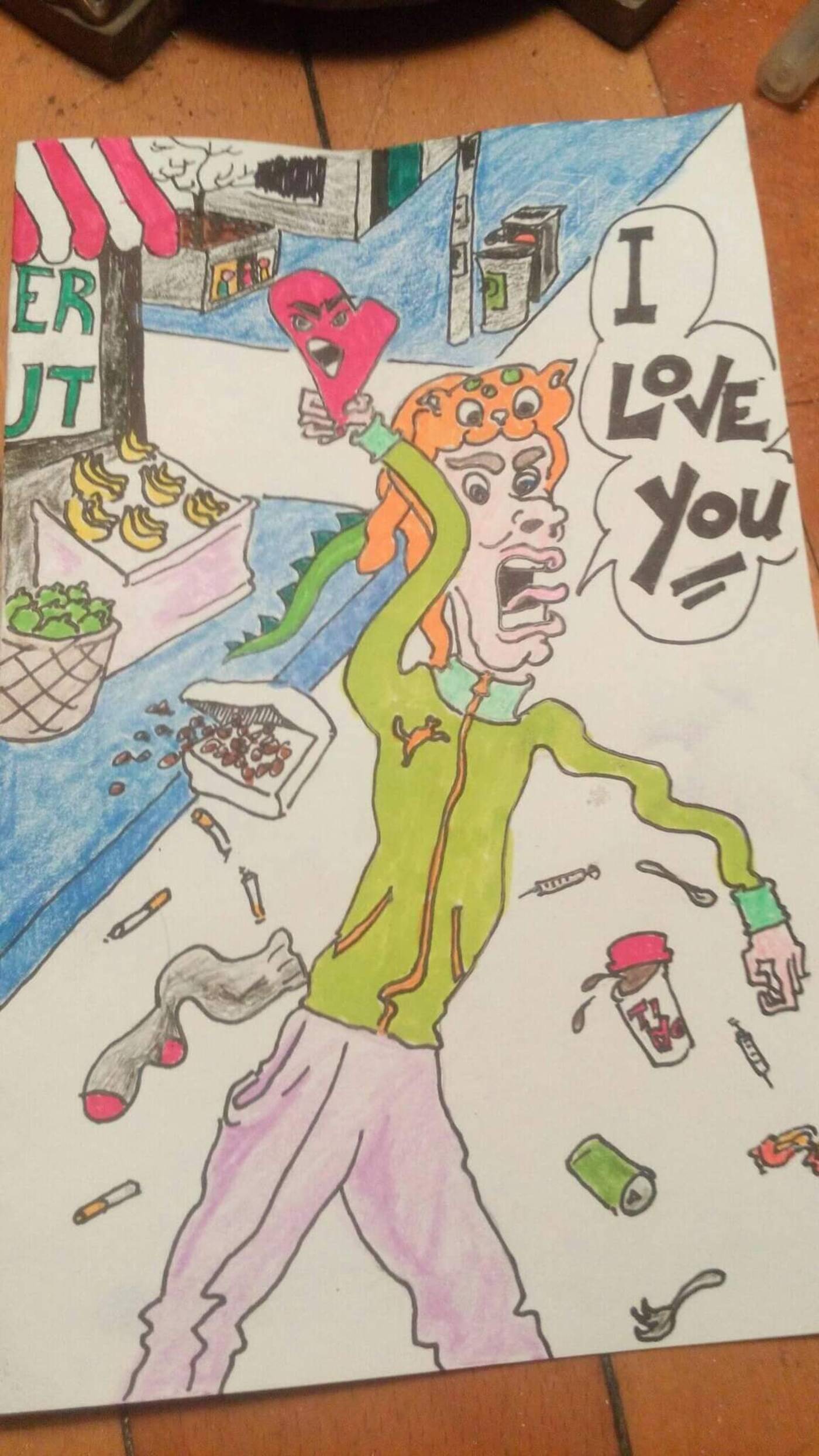 You can recognize them all in Toronto artist Janis Marie Warren's illustrations.

Warren, who has lived in the neighbourhood for the past 12 years, has been capturing Parkdale's personalities in her own honest way.

Using mostly marker on card stock, but sometimes gouache paint and even nail polish, her depictions are mostly a celebration of the regulars on Queen Street spanning from Dufferin to Roncesvalles.

She's been drawing all her life, but Warren says she started focusing on Parkdale residents intensely in February 2020. 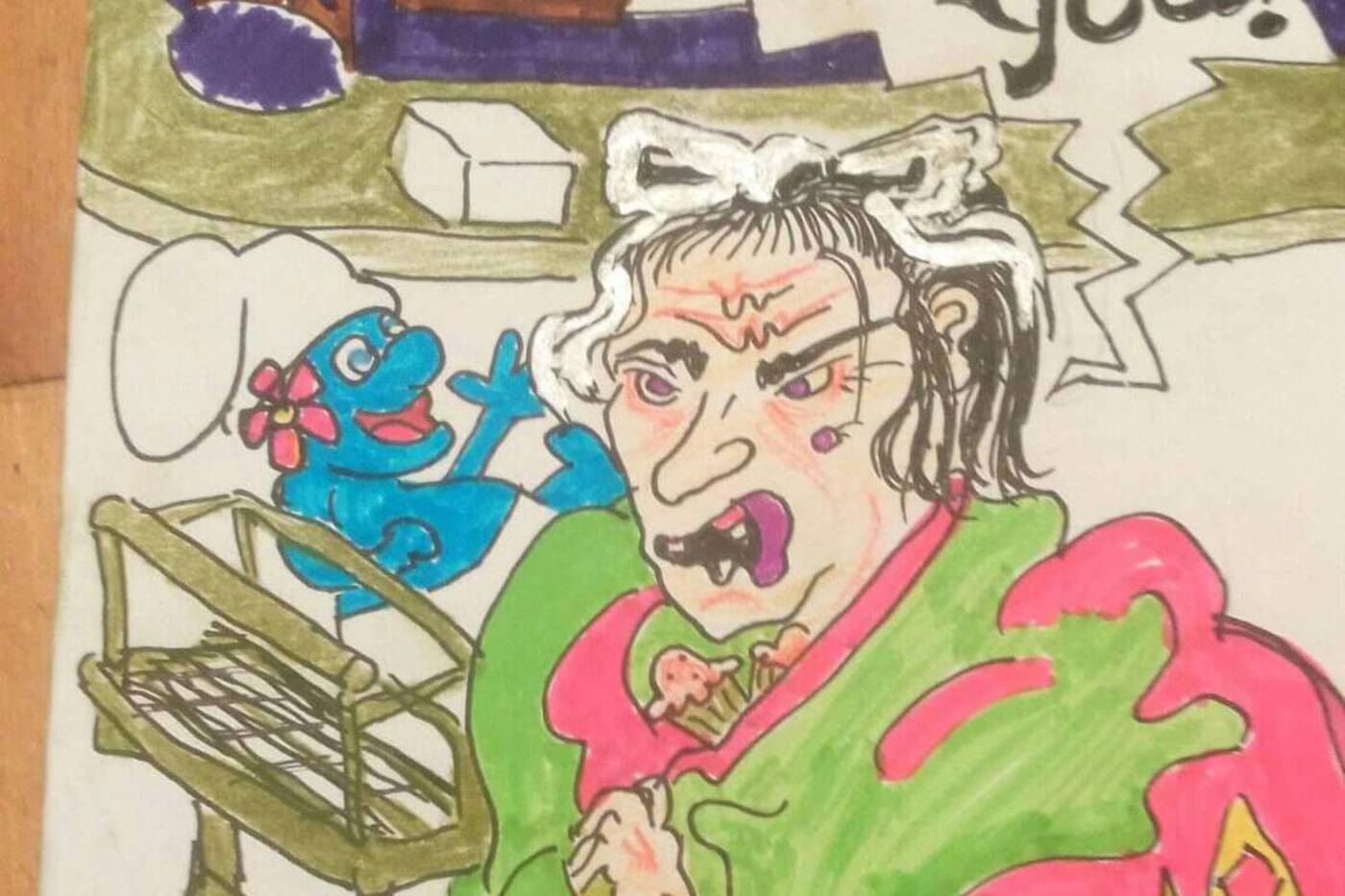 Warren's illustrations aren't the polished and clean illos more common amongst the talented, albeit plentiful, by-commission Toronto artists posting their work on Instagram these days.

She was in her 20s in the 1990s, and describes herself as "enmeshed in the whole grunge scene." Citing cartoonists Walt Disney, Peter Bagge, and Robert Crumb as her "holy trinity" of inspirations, Warren's work feels haphazard and a little dark.

The people that inspire her work aren't always houseless, but many of them rough it out in Parkdale, and some are mentally ill. All of them are complex, with strained relationships with the people who know them intimately and from a distance. 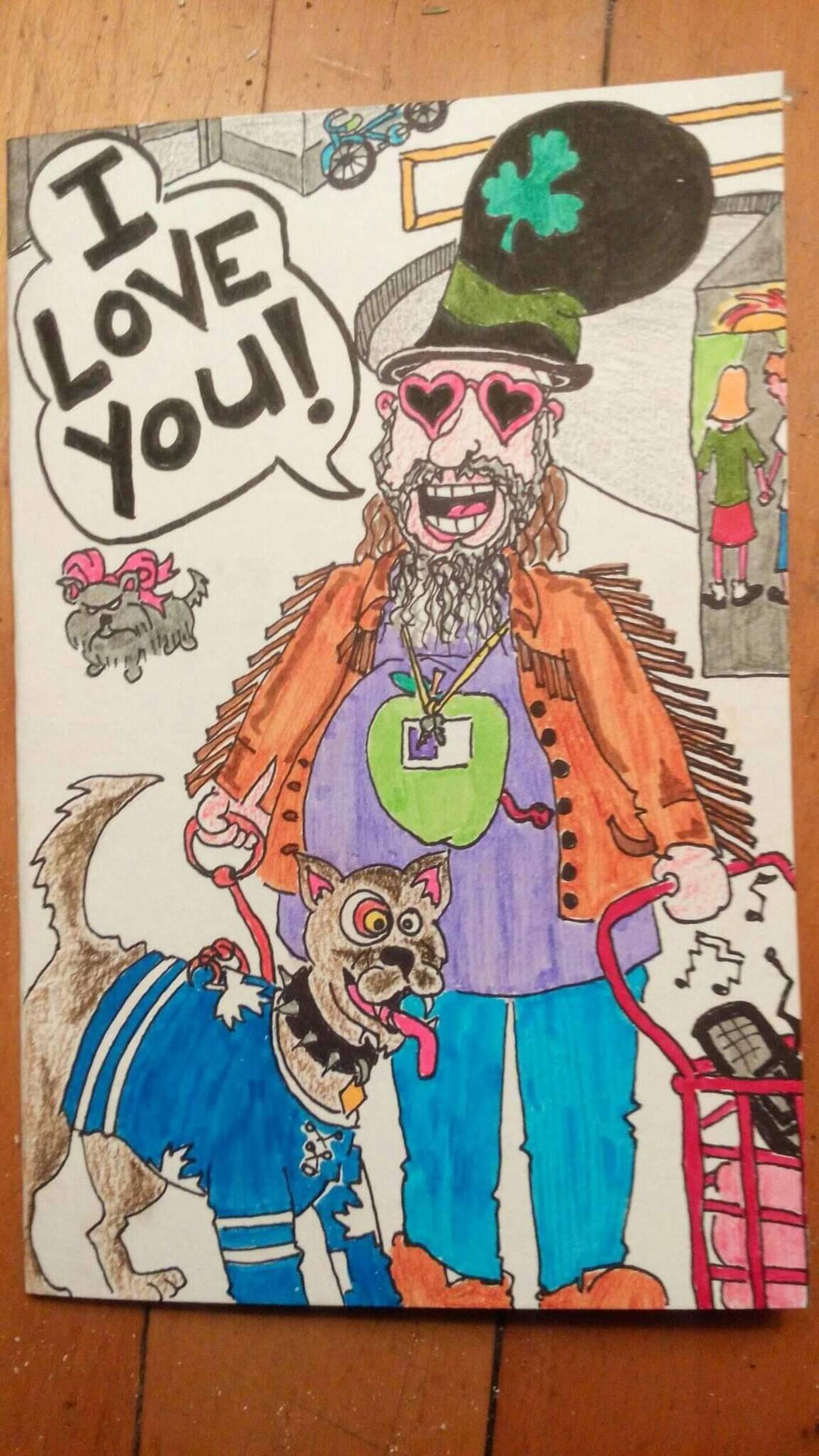 Many of Warren's subjects are familiar to residents of the Parkdale neighbourhood. Photo via Janis Warren.

"I love to draw people. The uglier the better," says Warren.

Her attention to the detail is what makes the work special, like the silver bow Lisa used to wear (while throwing feces at police), or the speech bubble in her illustration of John, a now-deceased,"wildly educated man" who purportedly abused his dogs: "I love you!...Hold still."

"I’ve always been poor," she says. "Can’t think of a nice word for it. When you have to think about the money you spend on everything, it does unfortunately colour your work."

Since the beginning the pandemic, Warren has been taking commissions over social media, and has seen enough steady work to do it full time. 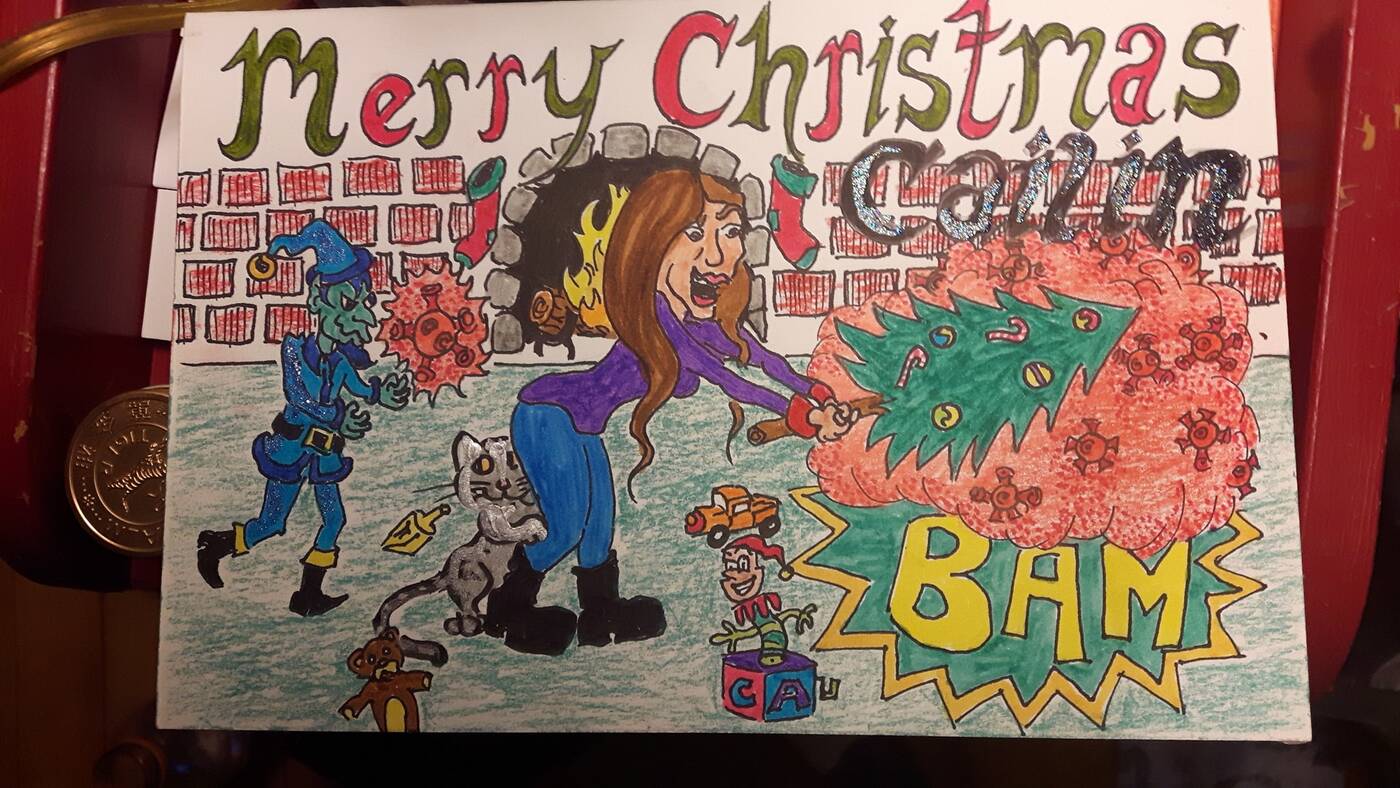 Warren does commissioned work, in her own style, for Toronto art buyers. Photo via Janis Warren.

"When lockdown happened, people started sending pics of their children or dogs," she says. "They’re all very, 'I want to see your take.' Some of them don't even send me pictures. Some of them just have an idea."

She charges "what you would for supper," which means anywhere between $25 and $70, depending on the work. Her custom work is especially a hit on holidays, like Christmas or Valentines.

"I try to look at it as a takeout meal... If I can elevate my art to be worth the price of  meal for you," she says. "We need food but we also need art."