Thinking about hitting Riverdale Park East for a quick toboggan sesh before the snow melts away?

I hope you have a sense of humour... one that isn't too mature for dick jokes.

Somebody has scrawled at least two massive phallic shapes across the base of Toronto's most-popular sliding hill, visible to all who happen to pass by on Broadview Avenue and look down toward the park's central sports field. 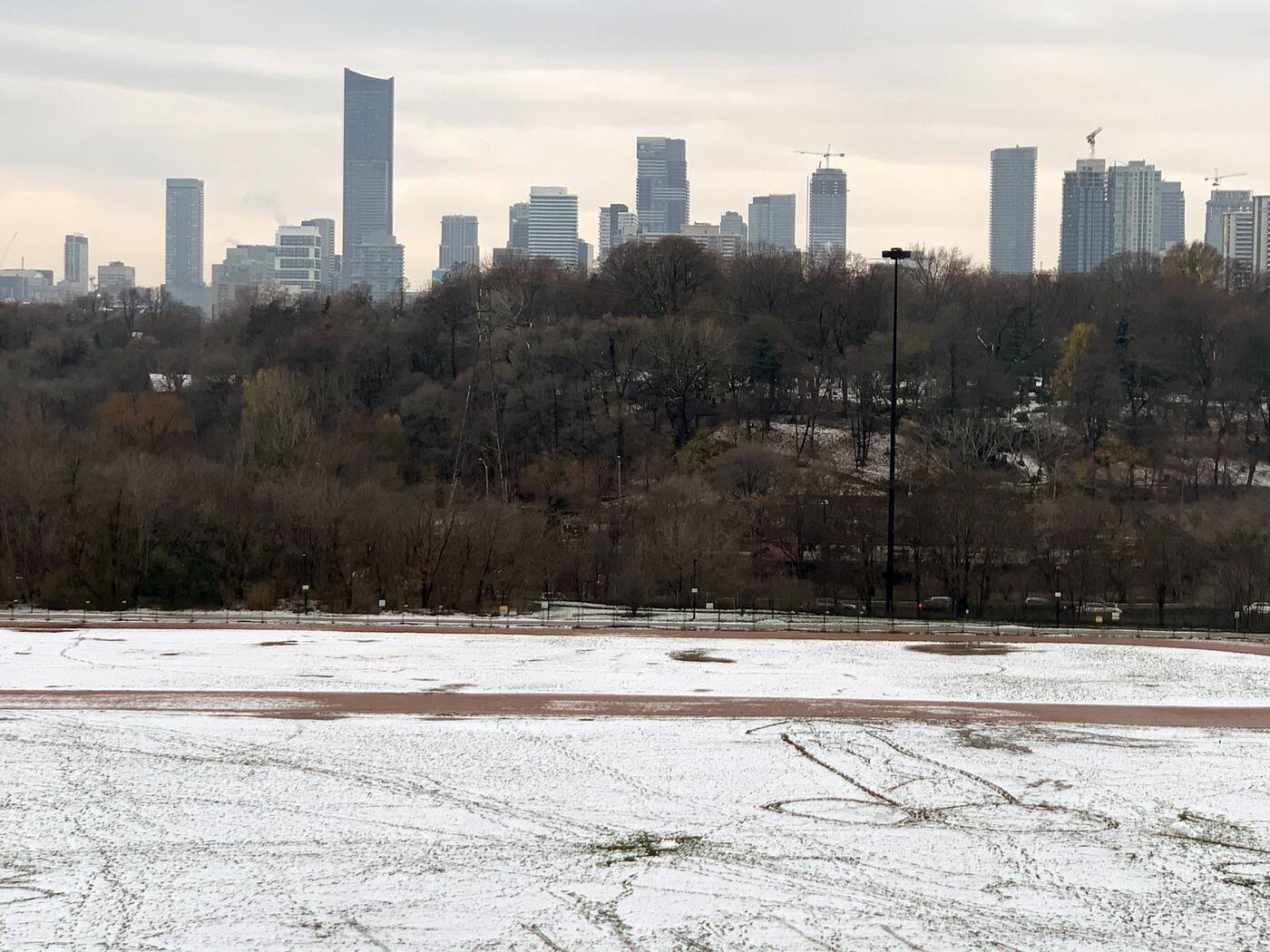 The apparent art was installed sometime on Monday, November 23, judging by Instagram posts from the location and the current state of the main snow-peen.

While some locals will undoubtedly see the stunt as juvenile, most modern humans can't help but chuckle at the sight of rudimentary male genitalia scrawled where it shouldn't be — the bigger the D, the bigger the laugh.

Where this particular piece of work shines the brightest, however, is in the background of photos posted to Instagram by people who don't seem to notice it.

Riverdale Park East boats some of the best skyline views in the city, after all, making it a popular destination for tourists and snap-happy locals alike.

The artist behind the work has yet to publicly come forward and claim their masterpiece, but they are being praised by some for strong technical details.

"Veins and all," commented one viewer on Instagram. "Definitely an inspired piece."

With flurries in the forecast this afternoon, it won't be long before what's left of the giant penis has vanished — but it stands to reason that a new, even deeper version could appear following the next big snowfall.