Some strange pink men with deer as heads have been getting some attention in Toronto lately.

It's all because of the Cracked Earth exhibit at Stackt which got some extra eyeballs on it this past weekend because of Nuit Blanche.

The pink deer people were created by Detroit-based artists Steve and Dorota Coy under their Hygienic Dress League project. The intention of the artwork is to encourage viewers to imagine themselves in a dystopian future. 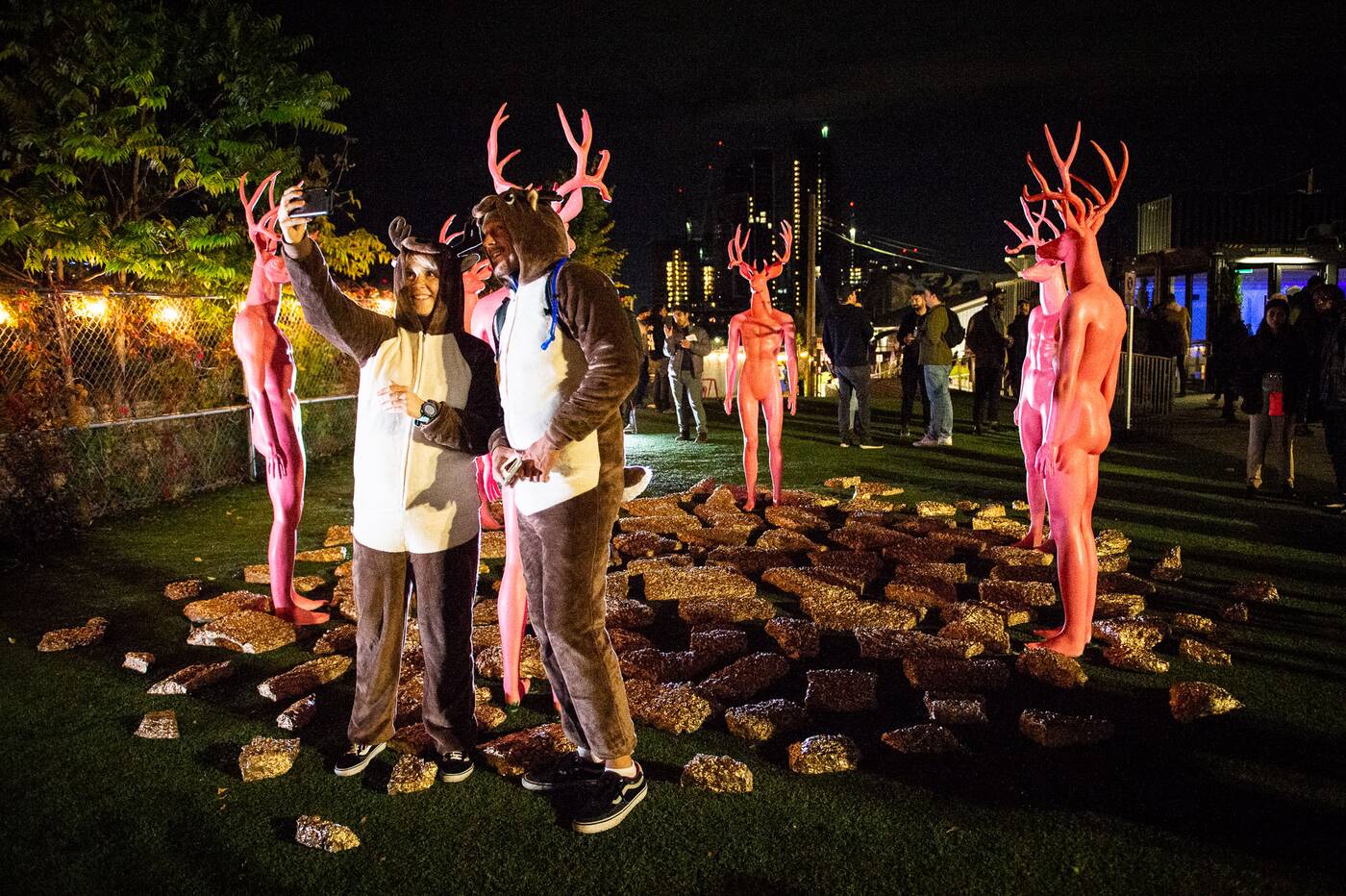 Toronto got up close and personal with the exhibit during Nuit Blanche. Photo by Matt Forsythe.

The project was installed at Stackt at the beginning of this month.

This put its debut just before Nuit Blanche on Saturday, when art fans started wandering the streets of Toronto in search of something new and exciting—giving the pink deer men more attention. 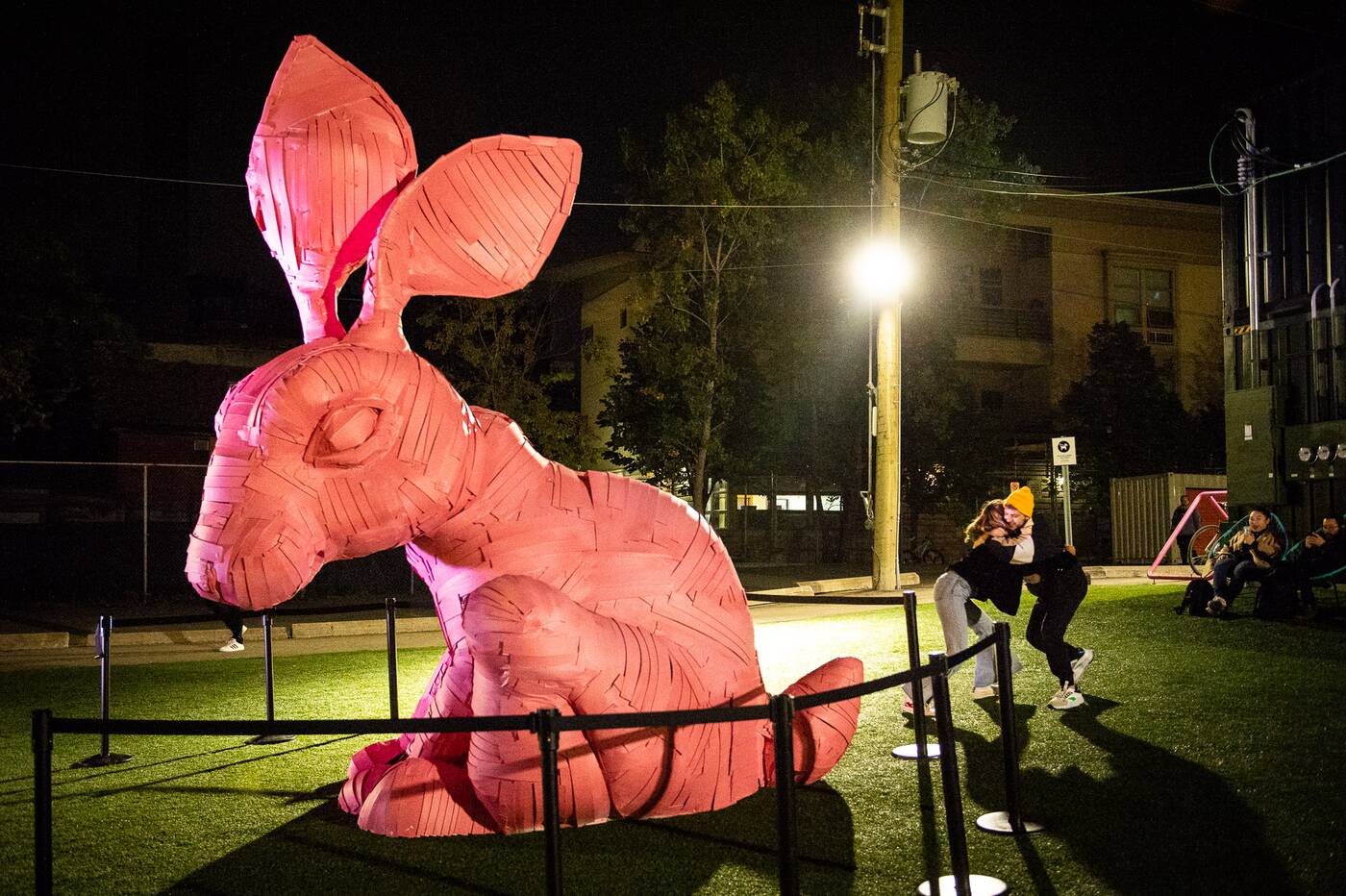 A giant pink bunny towers over visitors to Stackt but is great for selfies. Photo by Matt Forsythe.

There's also a giant pink bunny by  Laurence Vallières just a few steps away but it seems it's the deer men that are hogging most of the attention.

Others have trying to see if they can get a reaction from their pets.

And some people just don't know what to do.

The exhibit will be on display at Stackt until October 30.