The aging basement of the Chinatown Centre is known for little more than its quiet food court, empty courtyard, and collection of businesses, slowly shuttering one by one.

But as of yesterday, people officially have a new reason to visit one of the neighbourhood's most iconic landmarks.

An arts-focused community space called Tea Base opened its doors to the public last night, bringing new life to the area behind the shopping centre's main stage with creative programming, workshops, and of course, tea. 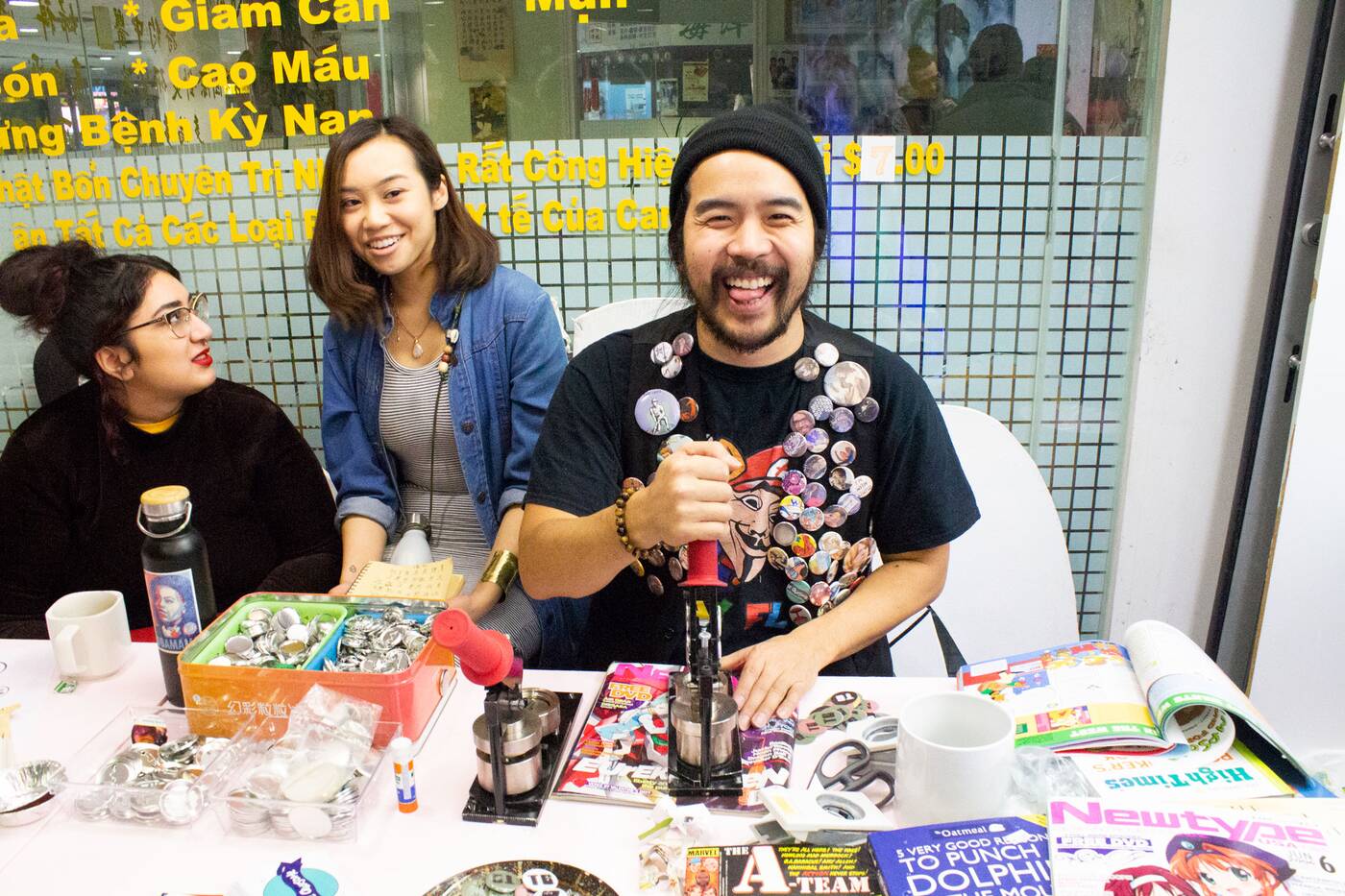 Tea Base will host a collection of comminity-run workshops and cultural events.

Once home to the longstanding ice cream shop Xuân Hu'o'ng, Tea Base has transformed the 350-square-foot store into an accessible gathering place for Asians, POC, creatives, queer folk, and everyone in between.

"On a simple level, we want [it] to be a gathering place for artists and residents in and around Chinatown," says Michael Vu, who co-founded Tea Base alongside Hannia Cheng and John Smith.

"But my larger intention is to bring together the older and younger generations, so that we can learn from them the histories we were not taught in school, and act to shape our collective futures.” 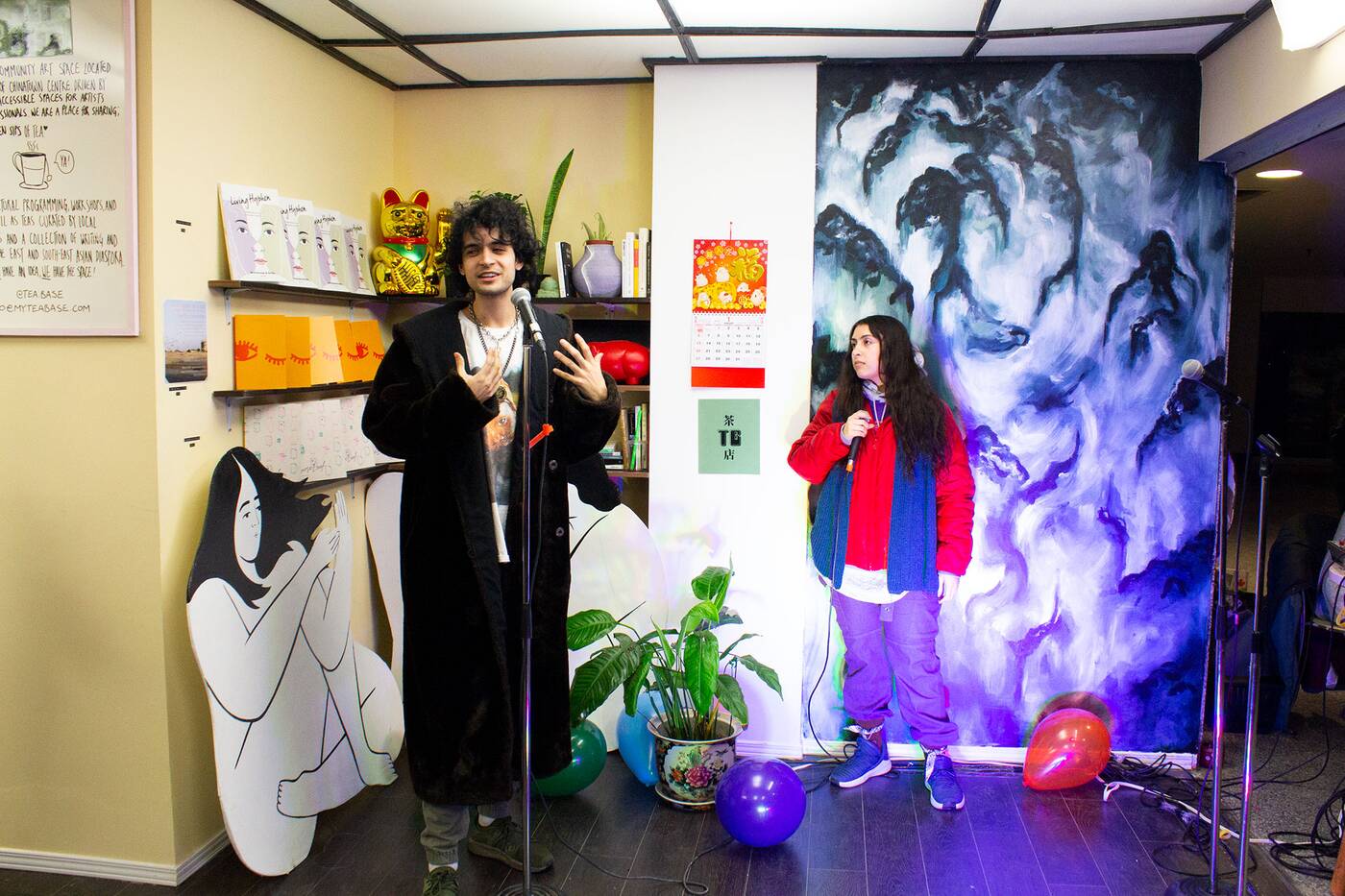 As the landscape of Chinatown faces some major changes, the future of the neighbourhood's institutions like Chinatown Centre and Dragon City Mall rest on the shoulders of young Asian-Canadians to reclaim significant spaces.

"Tea Base represents the identity-specific space I wish I had when I was younger to have these kinds of conversations, share, grow, and organize," says Cheng.

Decked out with WiFi, art by local artists like Ness Lee, and a future projector screen, the space also offers pots of tea ($5) from Toronto tea brands like Throwback and Momo Tea.

You can also grab a cup of Crimson Teas' special blend for $1.50. 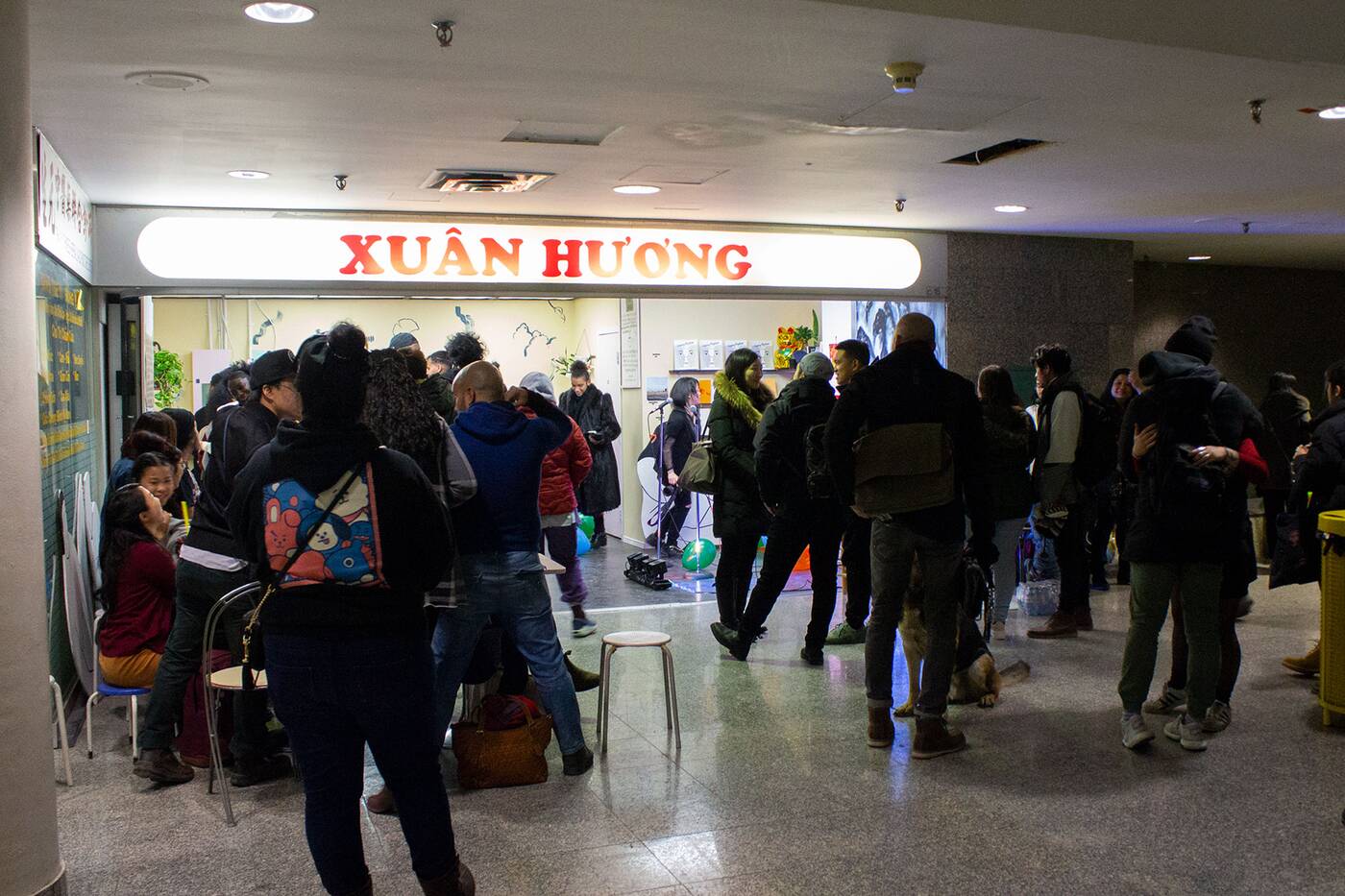 Tea Base replaces the 20-year-old Vietnamese ice cream shop Xuân Hu'o'ng in the basement of the Chinatown Centre.

Chairs and tables are leftover furniture from the old Vietnamese ice cream shop, where visitors can hang out and maybe catch some Caribbean-inspired bubble tea courtesy of Caribubble, or attend workshops like button pressing by Be Awesome.

Those interested in renting the space can do so between $75 and $175, depending on the time of day.