Toronto is getting a staircase to nowhere by the waterfront

Winter is an undoubtedly drab time of year that can make going out seem like a chore. Thankfully, things like the Toronto Light Festival, Icebreakers and now Winter Stations are all back to pepper in some colour around the city.

The annual international design competition returns to the waterfront this winter with a series of larger-than-life art installations.

This year's theme centres on 'migration' with the winning designs looking to capture the human tendency for movement with interactive works meant to evoke refection on the subject.

Included is Above the Wall by American artists Joshua Carel and Adelle York. The design focuses on the idea of connecting people by ascending a flight of staircases situated over a wall below.

Another is The Forest of Butterflies by Mexican designer Luis Enrique-Hernandez. It's made up of oversized cutouts of butterfly wings that patrons can enter into and explore. 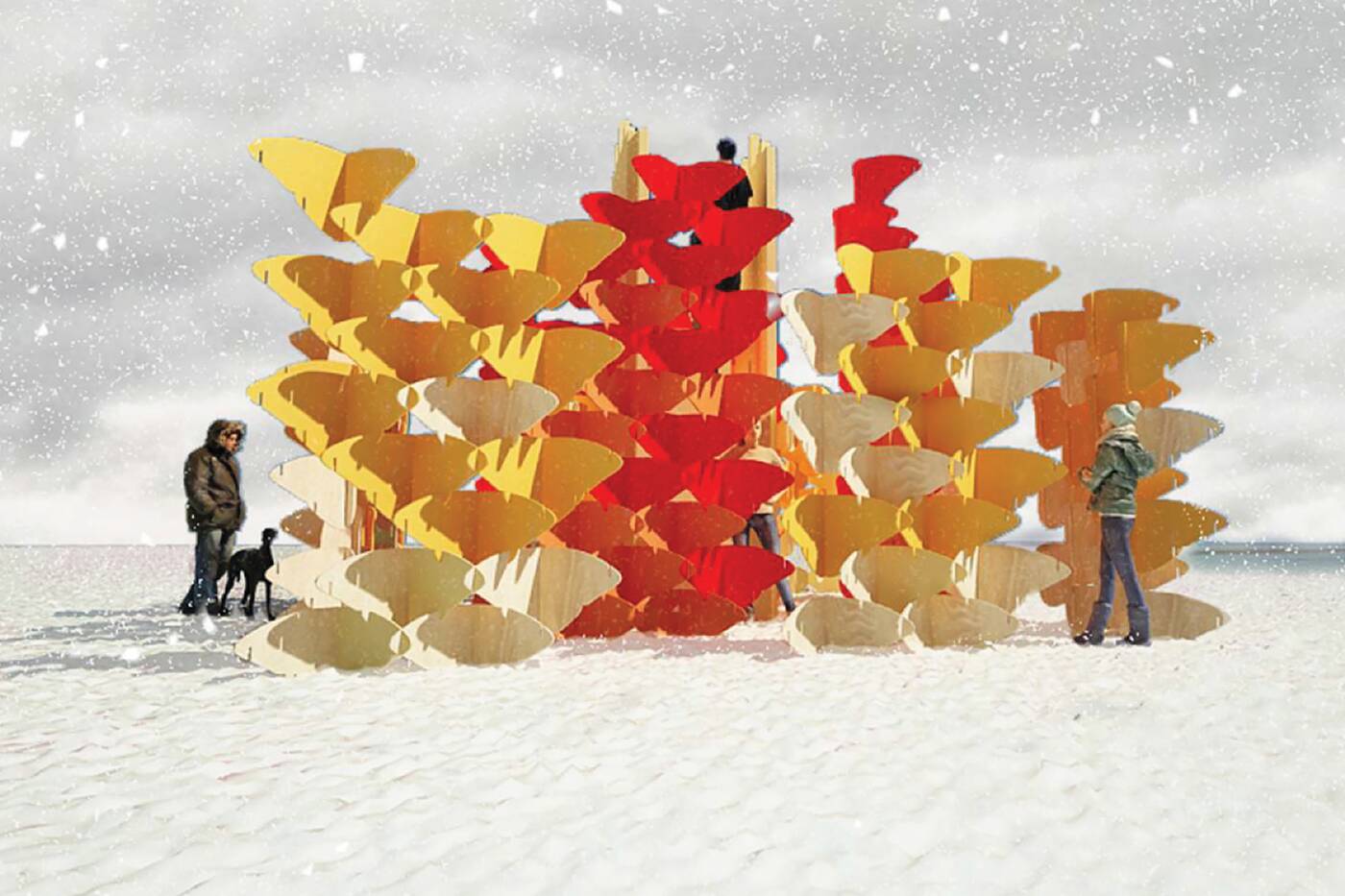 The Forest of Butterflies is modelled after the 4,000-kilometre migration of the Monarch butterfly from Mexico to Canada each year. Image courtesy of Winter Stations.

From Polish artists Tomasz Piotrowaski and Łukasz Chaberka comes Mind Station, a giant hat box that doubles as a life sized game of whack-a-mole in what would be a shy person's worst nightmare. 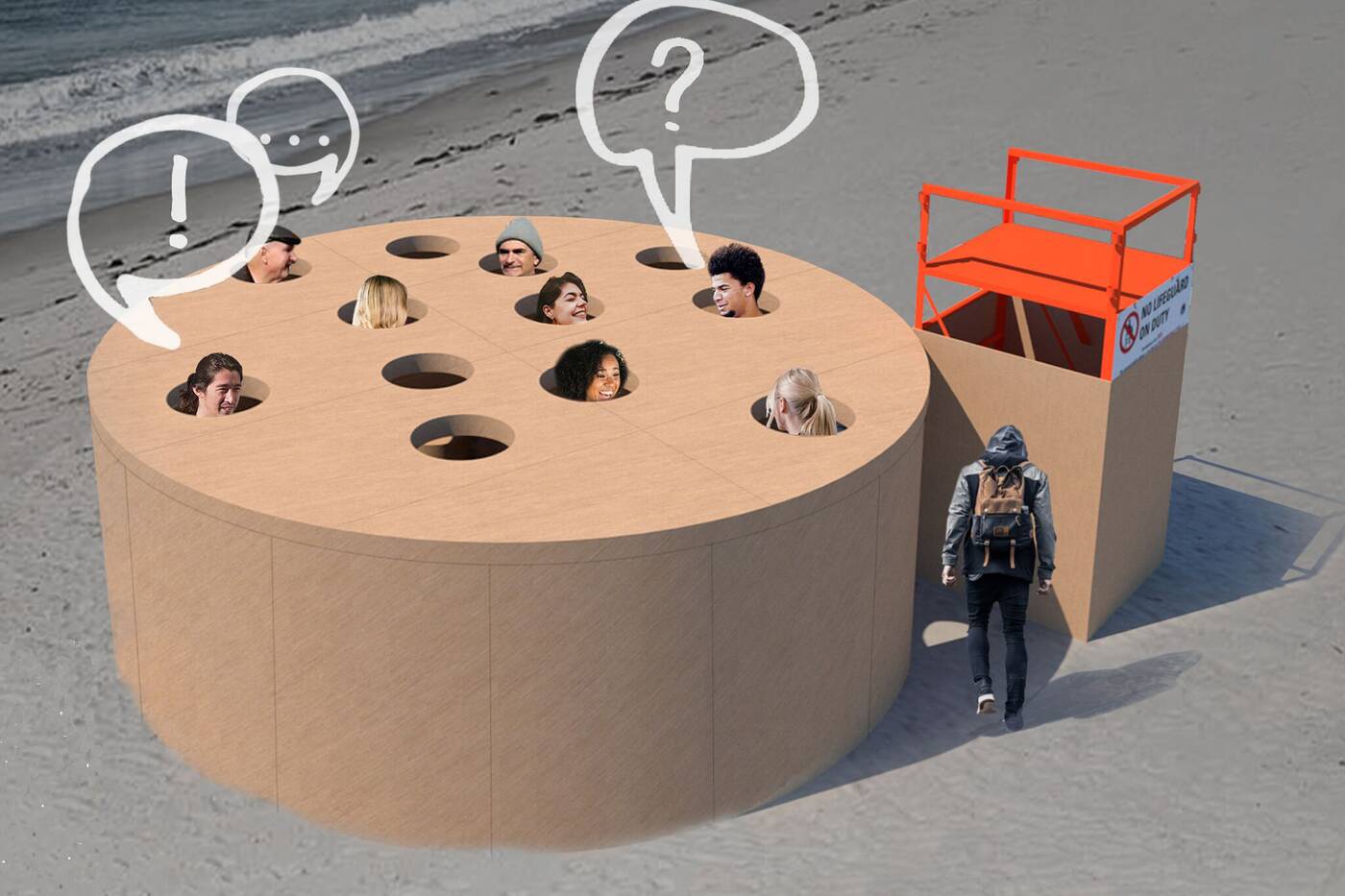 The work is actually meant to bring people together to share thoughts and connect on raised platforms that make for both a physical and mental experience. Image courtesy of Winter Stations. 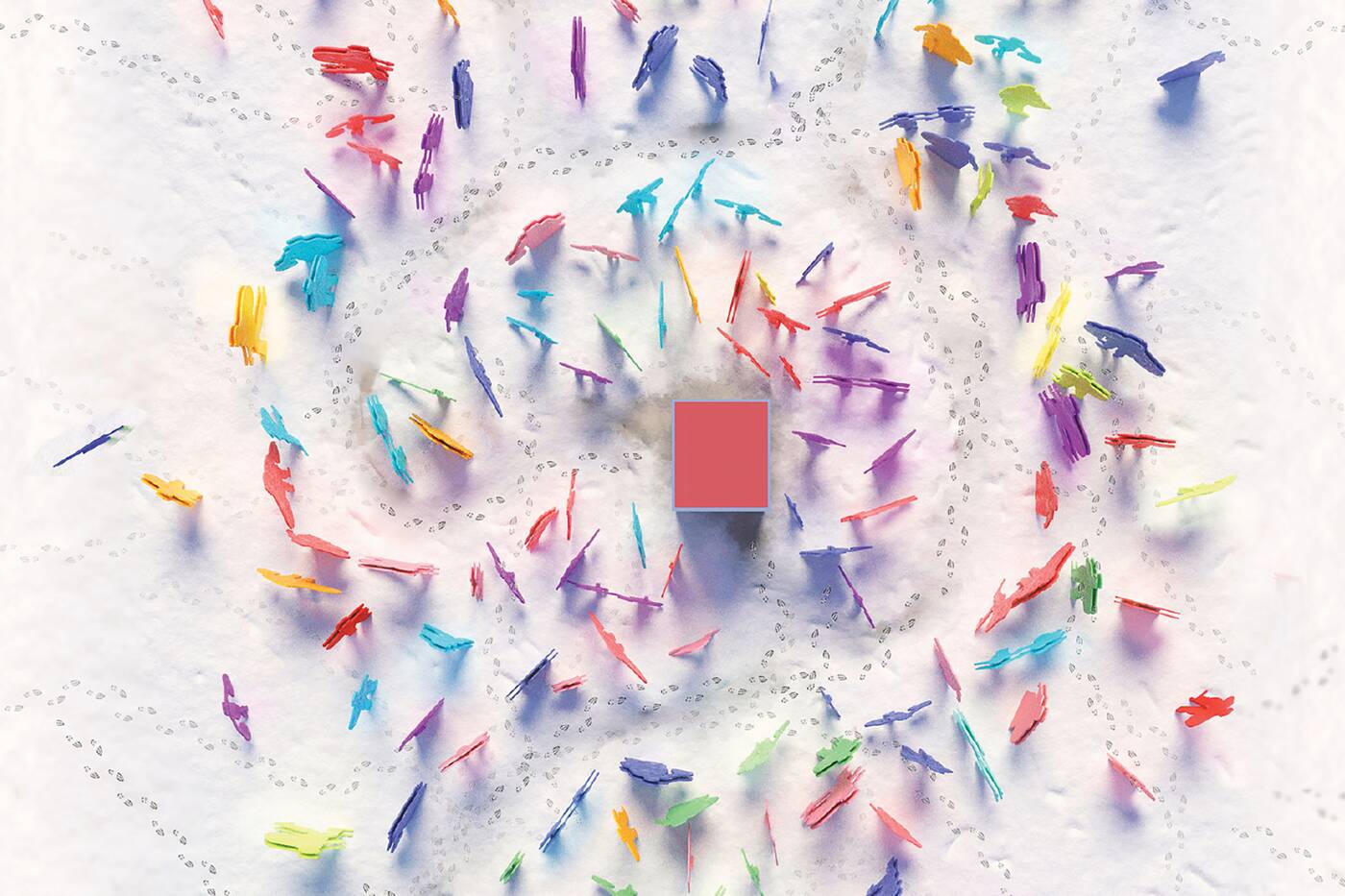 The installation "reflects the collective spirit of the human movement and transversal... [It] depicts people migrating toward something better." Image courtesy of Winter Stations. 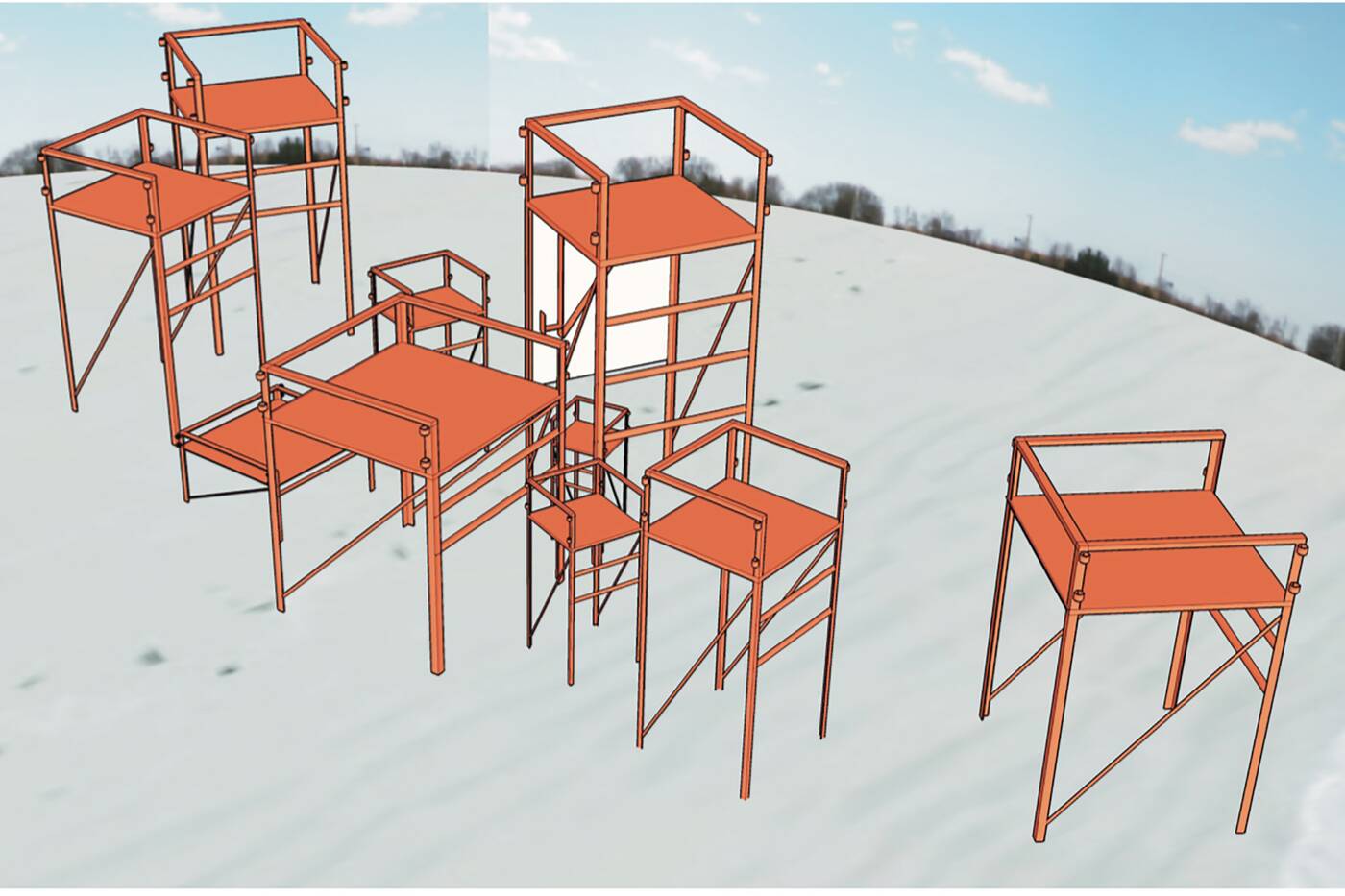 Visitors are prohibited from climbing on the piece. Image courtesy of Winter Stations.

And from Humber design students comes Ground2, which can be climbed on, as it's meant to engage patrons in "the ever-shifting human and environmental landscape" and have them experience migration for themselves. 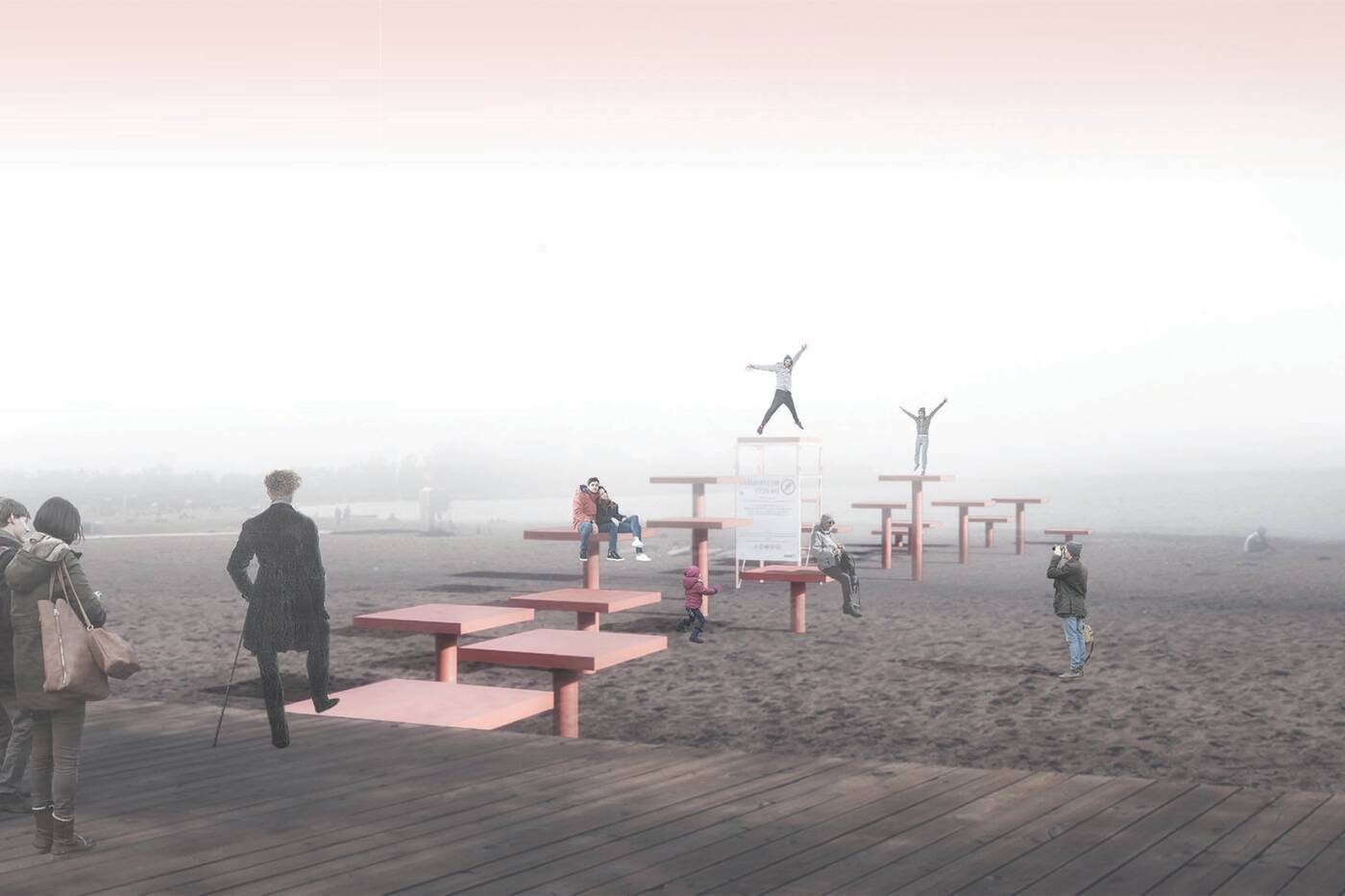 Ground2 also looks to send a message about the changing climate by having viewers "assess their reformed surroundings" from the various landings. Image courtesy of Winter Stations.

Winter Stations is on from February 18 to April 1 between Ashbridges Bay and Balmy Beach.