Massive ball of orange cables to be installed on Toronto's waterfront

The winners for Toronto's third annual Ice Breakers challenge have just been announced, meaning the city's waterfront will soon be home to a handful of wacky installations.

The theme for this year's design competition—a project by Ports Toronto in collaboration with the Waterfront BIA and Winter Stations—is "Signal Transmission." 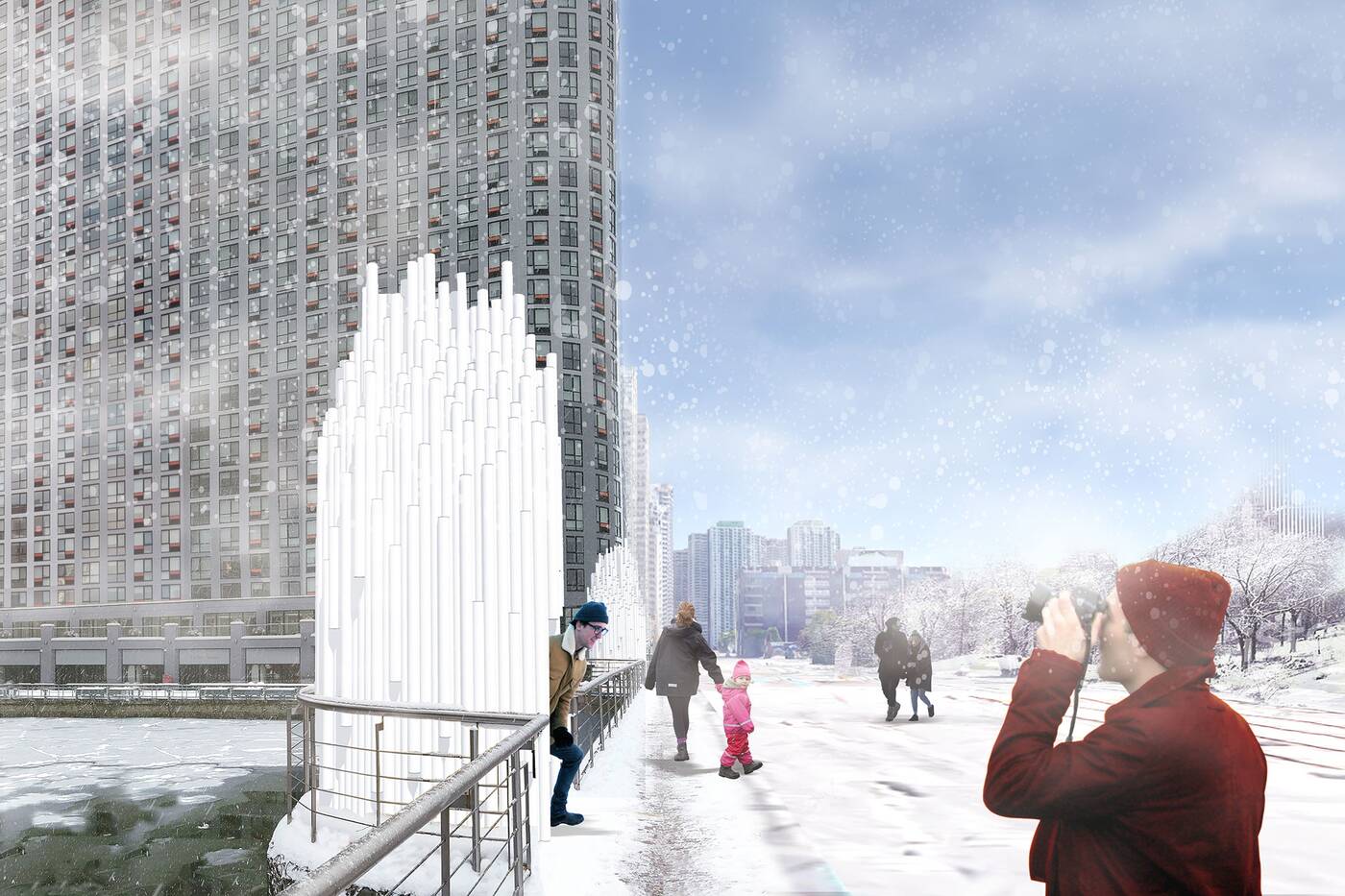 This year's installations along the Waterfront include Stella Spectra by a Toronto-based designer duo. Rendering from PortsToronto.

The temporary exhibits this year feature a number of shiny, twinkly pieces, including two works from international designers, two local groups, and one creation by students from Ryerson University.

An interesting installation to look forward to is a giant ball made of orange cables called The Connector, designed by a duo from Hamburg, Germany. Visitors will be able speak into the cables, while people on the other side will have to figure out which cable to listen in to. 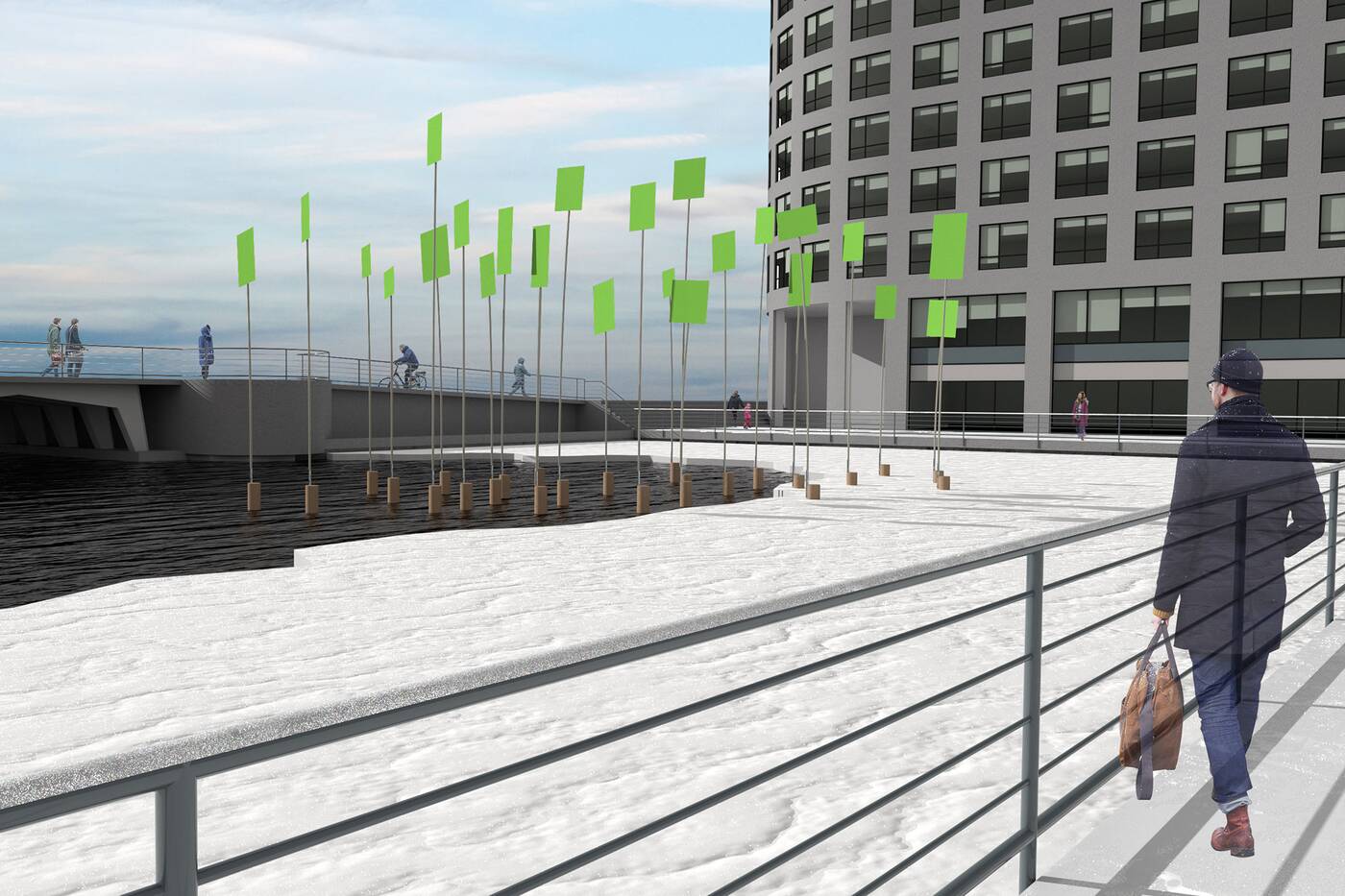 Twenty-five wooden buoys floating in the water make up the installation Chroma Key. Rendering from PortsToronto.

Other cool works of art you can catch starting Jan. 19 include the Chroma Key Protest by Andrew Edmundson of Solve Architects Inc., which will see 25 wood buoys sticking out of Lake Ontario. 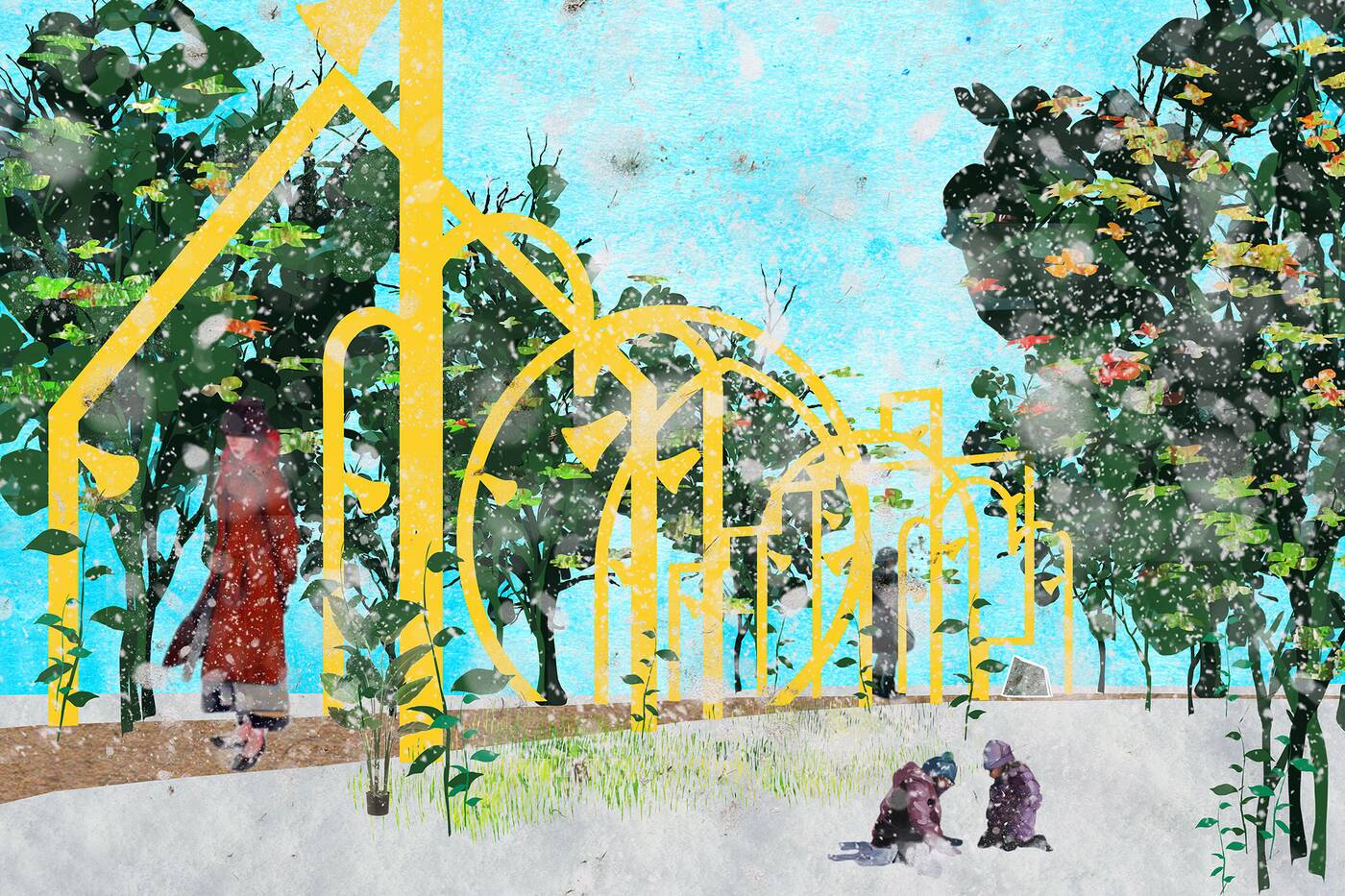 The Tweeta-Gate is a walkway strung with tinkling bells. Rendering from PortsToronto.

A piece by a team of Greek designers includes a walkway of yellow gates called Tweeta-Gate, which will come decked out with bells for a tinkling walk.

Stellar Spectra by a Toronto-based duo Rob Shostak and Dionisios Vriniotis will see two lighthouse columns that you can step into for a show of lights and colours. 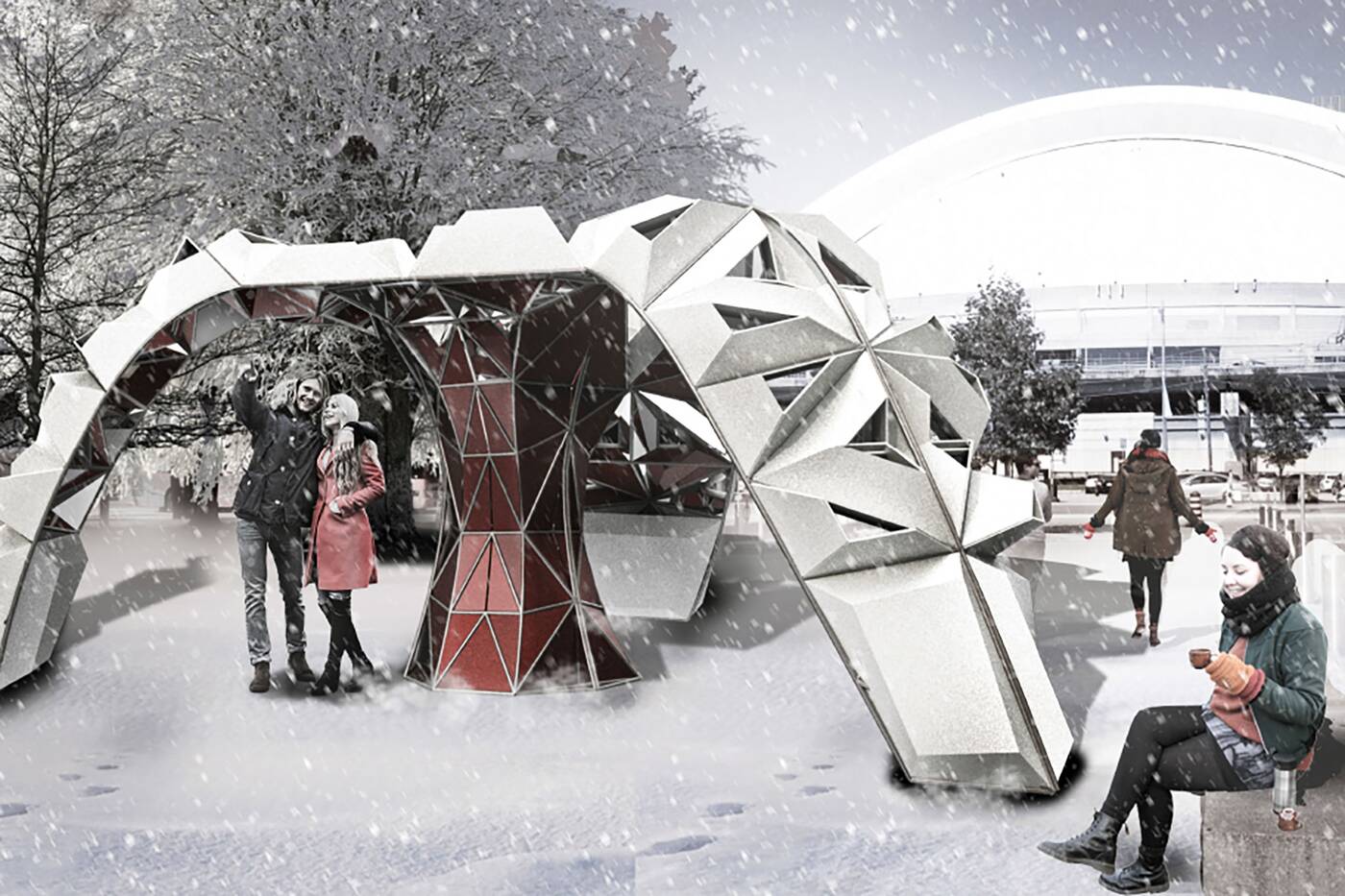 And Ryerson students are bringing an interesting kaleidoscopic structure made of mirrors called Tripix.

Ice Breakers will run until February 24 along Queens Quay West.