There's nothing like stepping out into the dark of night at 4:30 p.m. after work or school to make one feel tired. And cold. And sad.

Will a trip to Toronto's recently-opened Museum of Contemporary Art on Sterling Road fix you right back up? Not necessarily, but a public installation there by Swedish artist and architect Apolonija Šušteršič might help.

It's called "Light Therapy" and opens it on November 28. 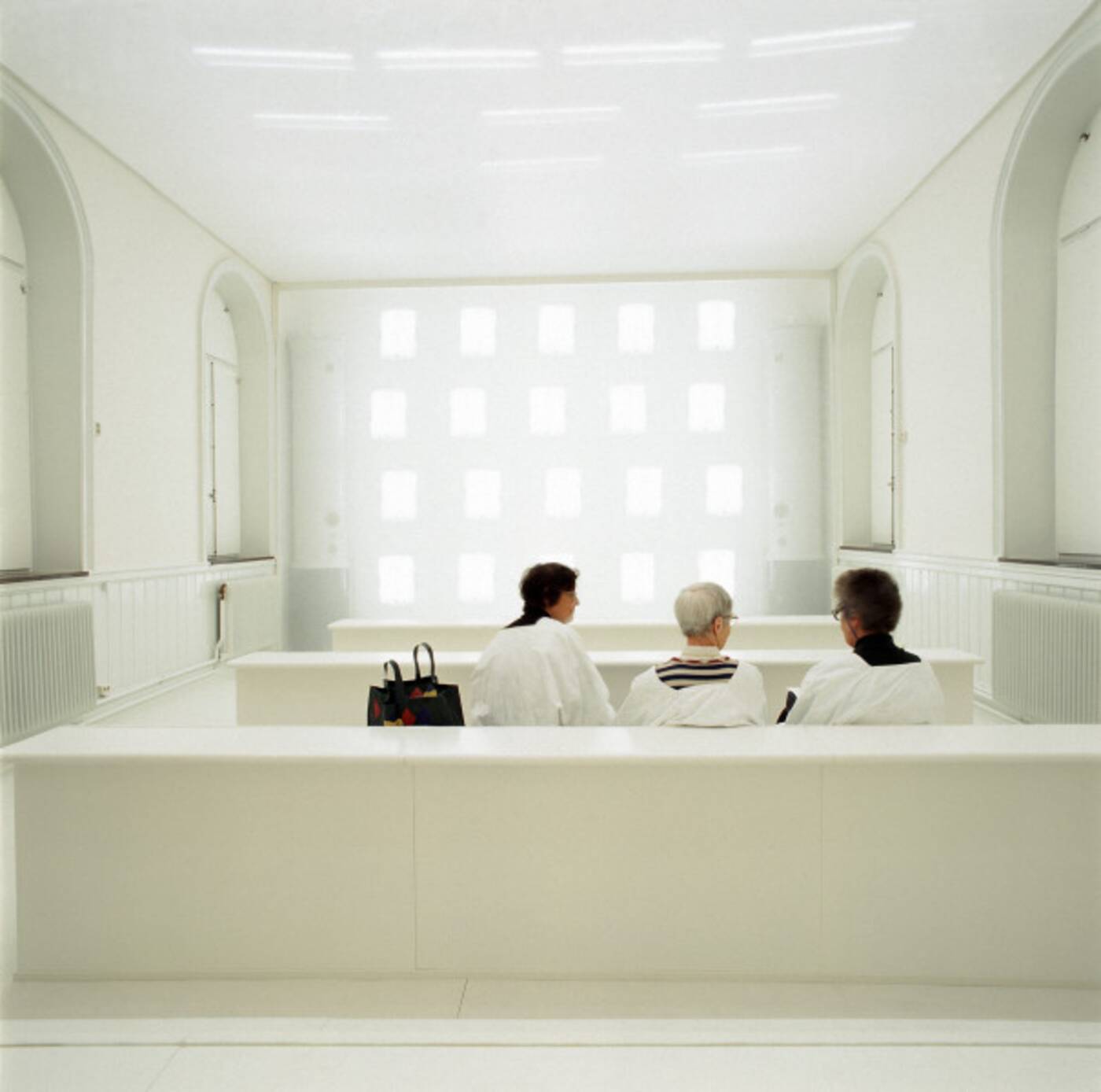 The impact of daylight (or, more pertinently, a lack thereof) on human bodies has been studied at length, particularly in Canada and other northern countries where the days get shorter during winter.

Studies suggest that up to 15 per cent of people in this country struggle with "the winter blues"—a general feeling of "blah" that presents during autumn and winter months.

A much smaller, yet still significant subset of the population (about 1 to 3 per cent in Ontario), meet the clinical criteria for Seasonal Affective Disorder: A season-specific subtype of major depression that can result in extreme fatigue, persistently low moods, problems with sleep, appetite and concentration, as well as suicidal thoughts in severe cases.

If you feel depressed or tired during the fall and winter, you may have Seasonal Affective Disorder, or SAD. Learn about different treatments for SAD, and find the one that's right for you: https://t.co/jiJr2nE9KE #WednesdayWisdom pic.twitter.com/N9pCkthwwU

Controlled exposure to specially-designed, extremely bright, artificial light sources has been shown to alleviate symptoms of both SAD and general winter malaise in many people (though scientists aren't quite sure yet exactly why).

So, doctors have been prescribing light therapy (and / or medication and talk therapy) to treat these conditions since the 1980s.

In North America, home light boxes are commonly recommended to those who would benefit from their use. In Scandinavia, however, light therapy often takes the form of a much more social – and thus perhaps even more effective – activity: The light room.

Šušteršič is using this format to explore the links between light therapy, public space and happiness in a new exhibition at MOCA. 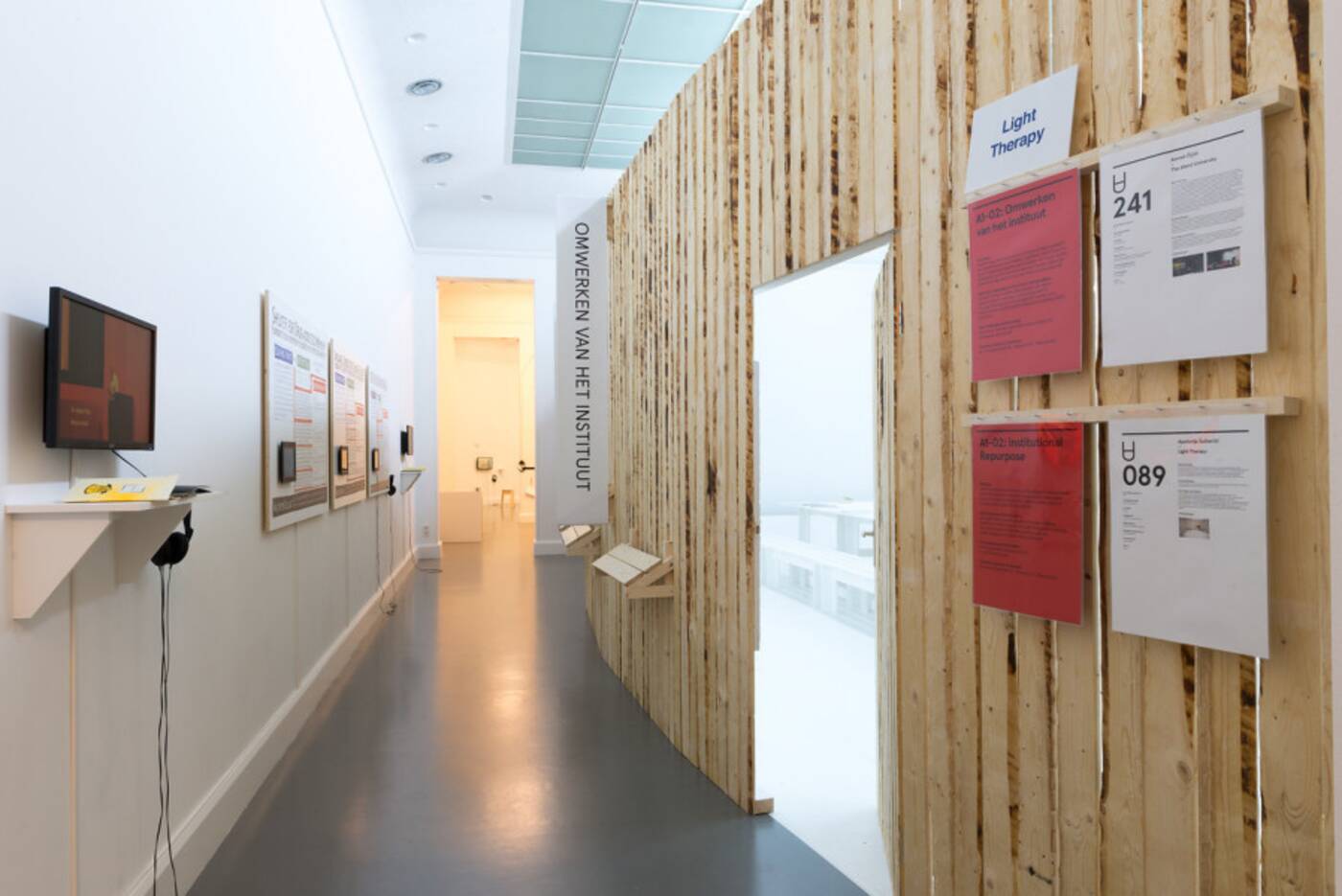 Light Therapy, seen here in 2014, will be the second Art in Use project at MOCA. Image via Apolonija Šušteršič.

This will be the third iteration of "Light Therapy" for Šušteršič. The first was produced for the Moderna Museet in Stockholm in 1999, while the second was staged in The Netherlands roughly four years ago.

At MOCA, the artist wants to continue exploring "how contemporary museums function as a public space, and as a social or healing device," as well as think more about "how museums might be places that support wellbeing, and more recently as spaces that support mental health."

"The subject of happiness is always related to a specific context or situation where light therapy is installed," reads a description of the project. "In this context, it allows visitors to a contemporary art museum to be aware of its role in society today."

Light Therapy will be installed inside the Museum of Contemporary Art Toronto at 158 Sterling Rd. until February 10, 2019.