Someone is building a mini version of Noah's Ark in Toronto

A group of Toronto artists and builders are in the process of creating a 32-foot-long metallic boat that can drive on land, hold 50 people at a time, feature a 10,000 watt sound system, and have its own pizza kitchen.

And yes, it's exactly as cool as it sounds.

The Ark Car, as it's been dubbed, is built around a GMC 2001 3500 flatbed truck and will eventually serve as "an interactive and mobile community art project that can act as both a stationary or roving art piece."

Translation: It will go to music festivals, concerts and art shows around the continent, similar to Toronto's original art car Heavy Meta (of which Stein is a founding member.)

"Standing 18' high and stretching 32' long, The Ark Car is a vessel of truly epic proportions," reads an Indiegogo page set up to raise funds for the project.

"Featuring 10,000 watts of sound, custom LED Nanoleaf lighting, a pizza galley, and a dance floor, The Ark promises to be Toronto's most versatile art car!" 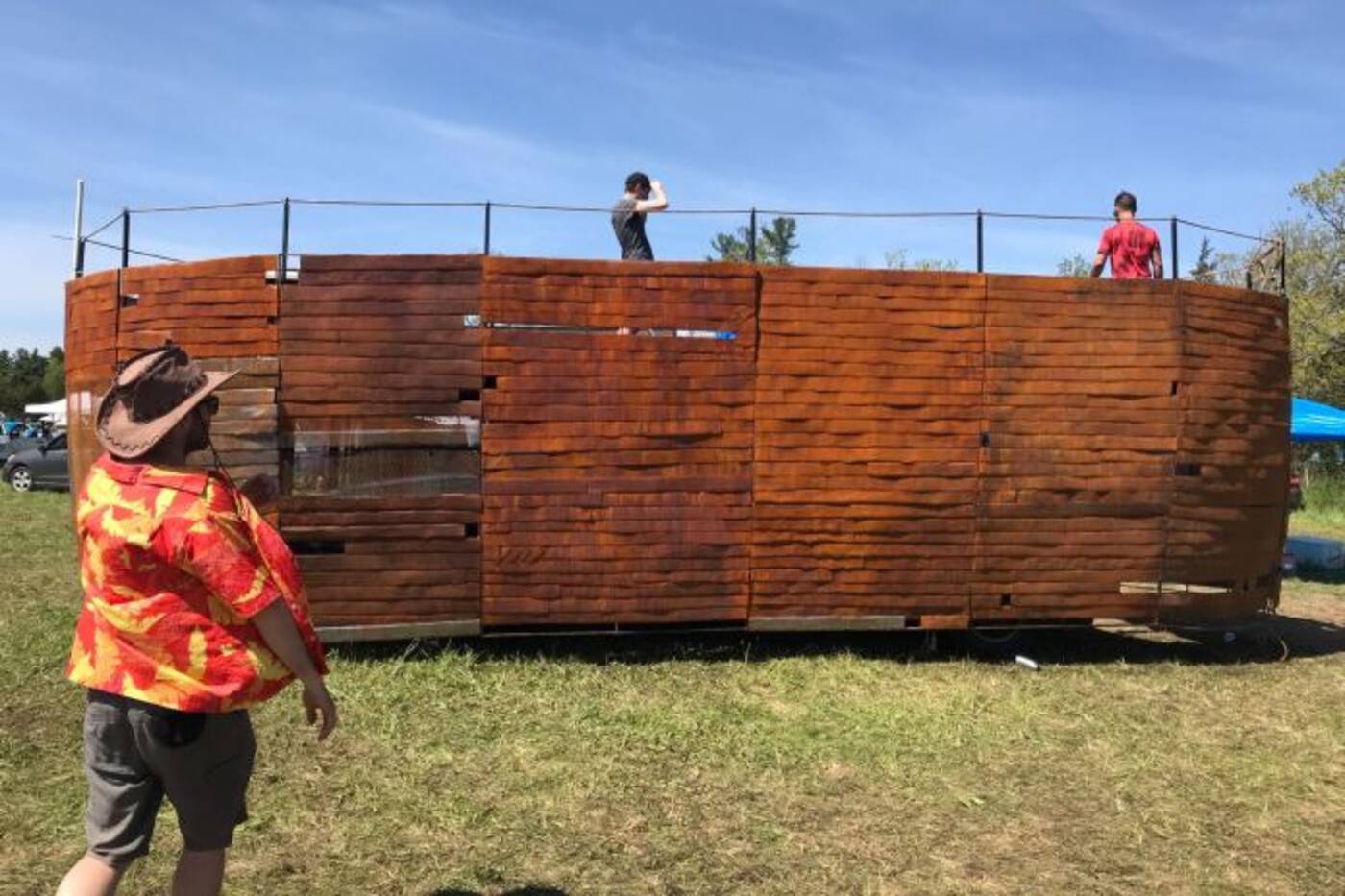 The vehicle is already operational, albeit unpolished. Its steel support structure, sheet-metal hull panels and deck flooring are all in place.

It's in well enough shape that The Ark Car was actually able to visit HyperBorea in Tamworth, Ontario last month.

Still, it's a work in progress. The team needs about $40,000 in total to "complete the transformation from the Rusty Bucket to the mythical Ark we are envisioning." 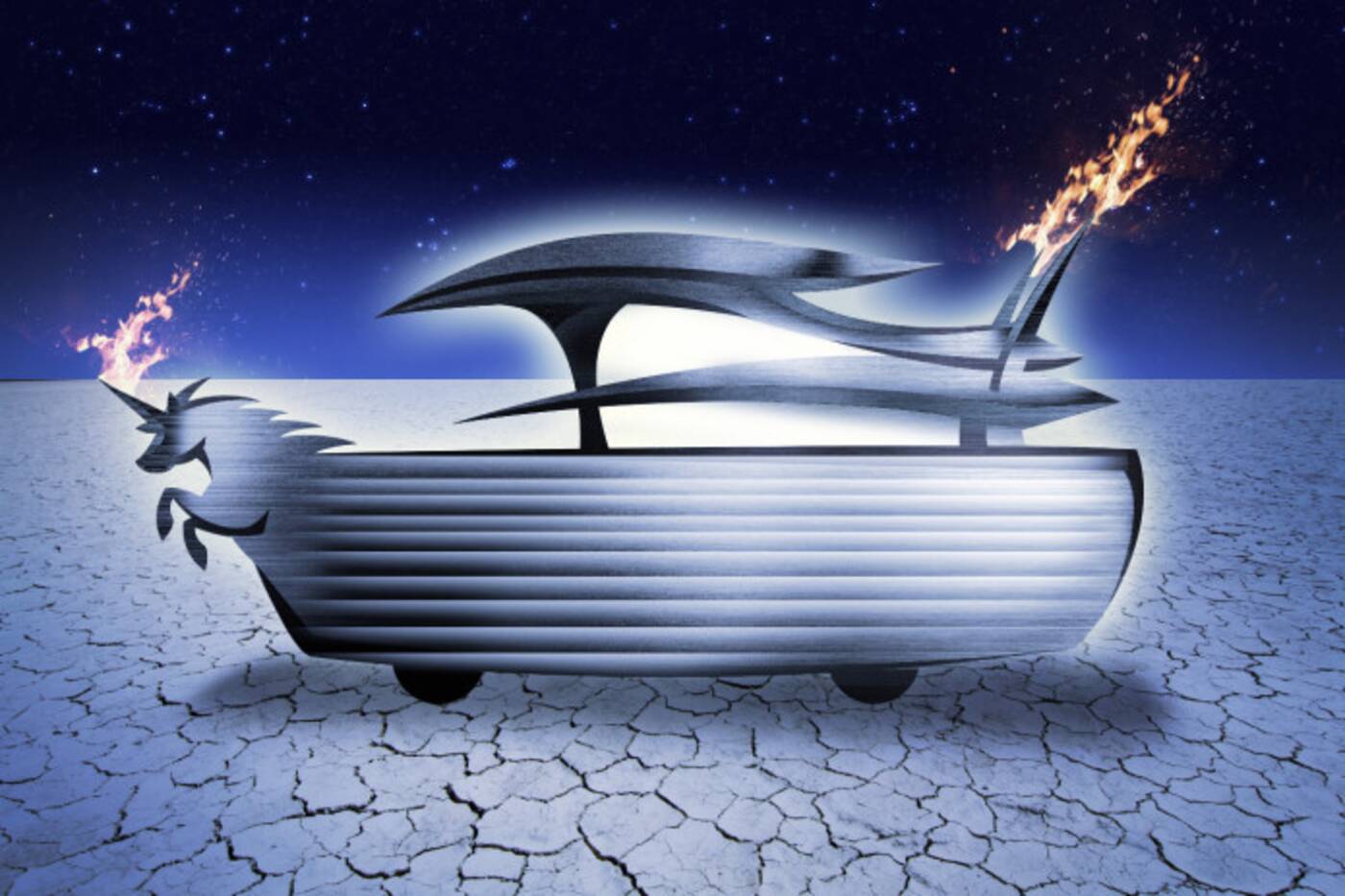 An artistic rendering of the Ark Car's intended design upon completion. Photo via The Ark Car.

They'll do this with the addition of everything mentioned above (read: thumping audio and visual systems) as well as a unicorn ship figurehead, a ship's wheel, fog machines, fire shooters, a hut and deck shade coverings.

"With your help, our ragtag crew will set sail in Summer 2018 to Burning Man, Lakes of Fire, and other music festivals, art events and concerts around North America," reads the Kickstarter page.

"The Ark Car is Noah's Ark on four wheels. Help us build it and set sail!"