Someone in Toronto just built a fire-breathing dragon bus

Toronto streets might get a little bit more magical soon thanks to a project that's shaping up in an alleyway off Geary Avenue.

Kevin Bracken (who founded Newmindspace, which is behind events such as the popular glow sword battles) and artist Marie Poliak are leading the effort to create Heavy Meta, a 19-foot tall fire-breathing dragon bus they plan to take to art and music festivals around Canada as well as to Burning Man.

For last year's Burning Man, Bracken and his friends built Prodigal Swan, a metal swan art car, in California. While these types of art cars are popular in the Golden State, Bracken notes they're hard to find here at home.

"Our passion for throwing huge parties on giant, roving, light-up vehicles is something that we really wanted to take to the next level," says Bracken, who has also helped with the Renegade Parade at Nuit Blanche for the past 11 years. 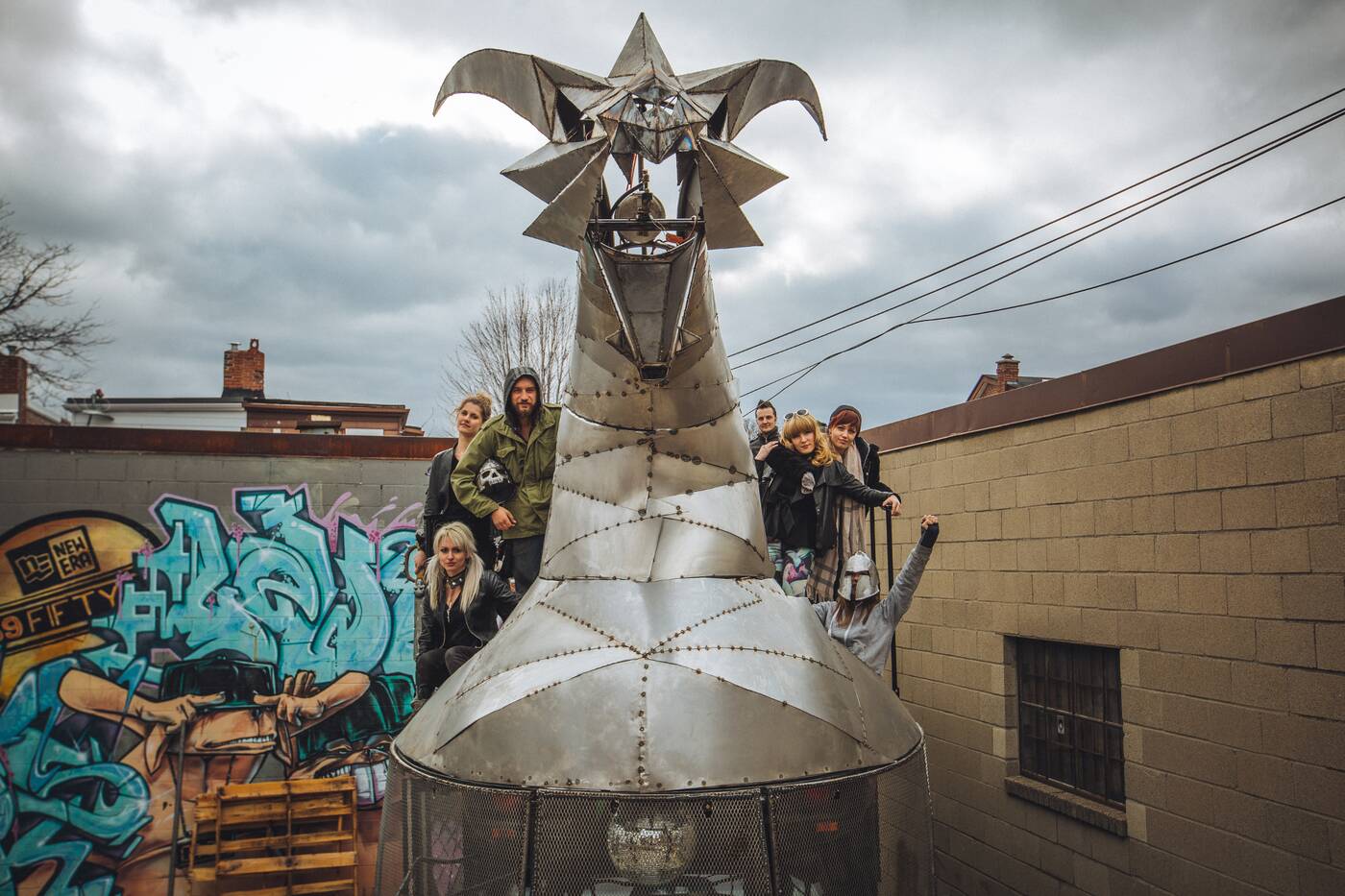 "The purpose of Heavy Meta is really not just to go to Burning Man, but also to go to music events in Canada and art events in Canada. And really, it’s our dream to tour it coast to coast," he says

They started working on Heavy Meta on February 1 and thus far, about 50 to 60 people of all ages, including welders, of course, have stopped by their space on Geary to help bring the dragon to life.

"There are a lot of people who have these skills in Toronto, people who can do metal fabrication or welding or carpentry that don’t have a lot of fun projects to work on in their free time," says Bracken.

Sure, Heavy Meta will look cool, but it'll also feature a 10,000 watt sound system. "It’s intended, first and foremost, to be a concert stage, but like the craziest concert stage that you’ve ever seen," says Bracken. 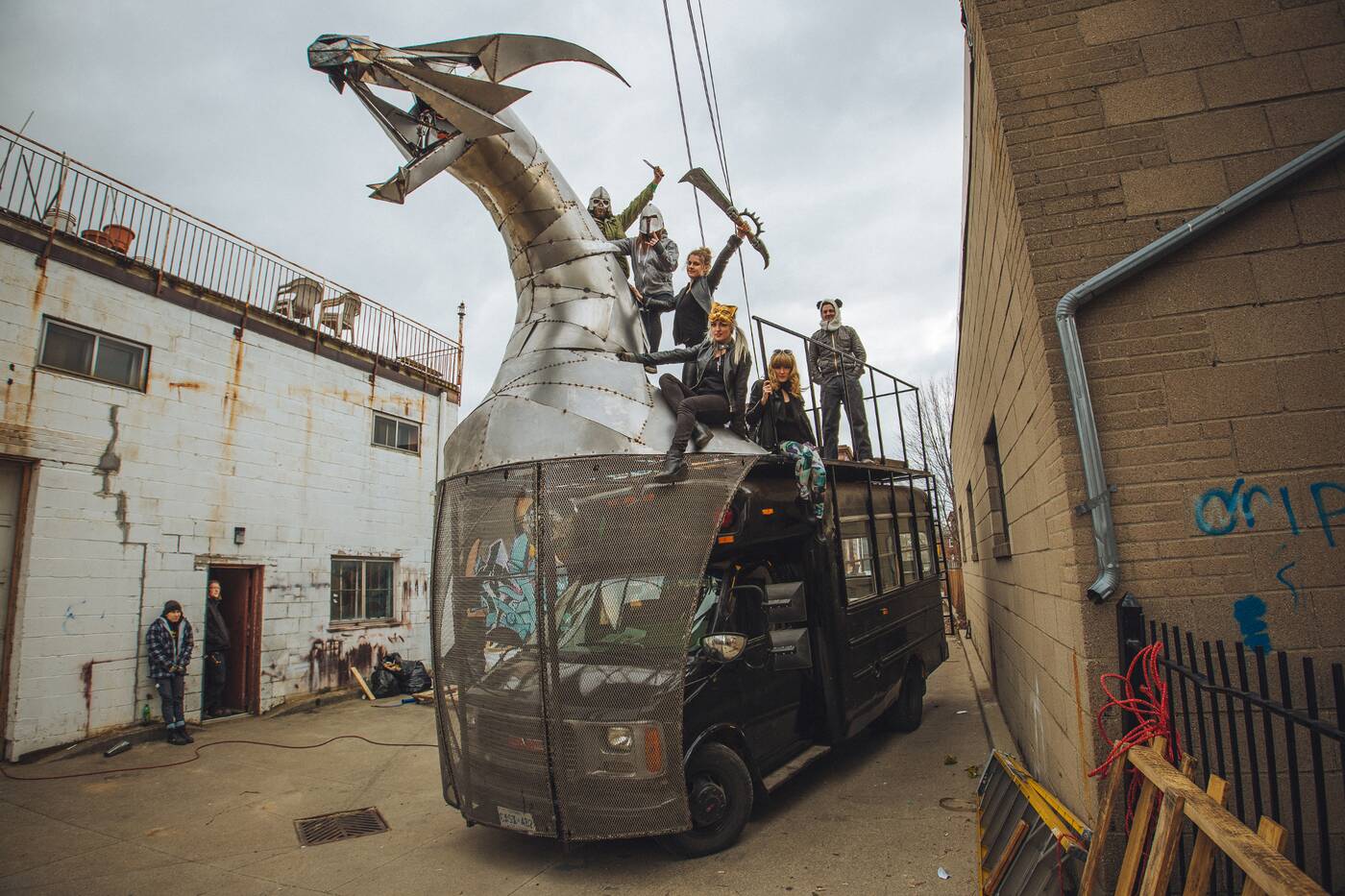 The art car is also completely modular, so when it's driving on the highway, it'll look like a regular black school bus.

Bracken and his team are currently running an Indiegogo campaign to raise $40,000 to complete Heavy Meta. It's supposed to make its first appearance on May 19 at Hyperborea, the Ontario regional Burn.

It's also going to be at two events in Toronto this summer, but Bracken can't reveal which ones just yet.