A forest of pool noodles just popped up in downtown Toronto

Here's something you might not know about the world's most-popular pool toy: It was invented just outside of Toronto (in Oakville) more than 30 years ago.

Some people call them water woggles, as inventor Richard Koster dubbed them in 1986. Others call them pool noodles, because they are noodle-shaped foam logs.

Some people use them for exercise. Others use them to bonk siblings on the head with and laugh about it.

Whether you love them, hate them, or give zero effs about what I'm saying right now, a whole bunch of these colourful tubes were just set up along King Street as part of the city's recent public space design build competition. 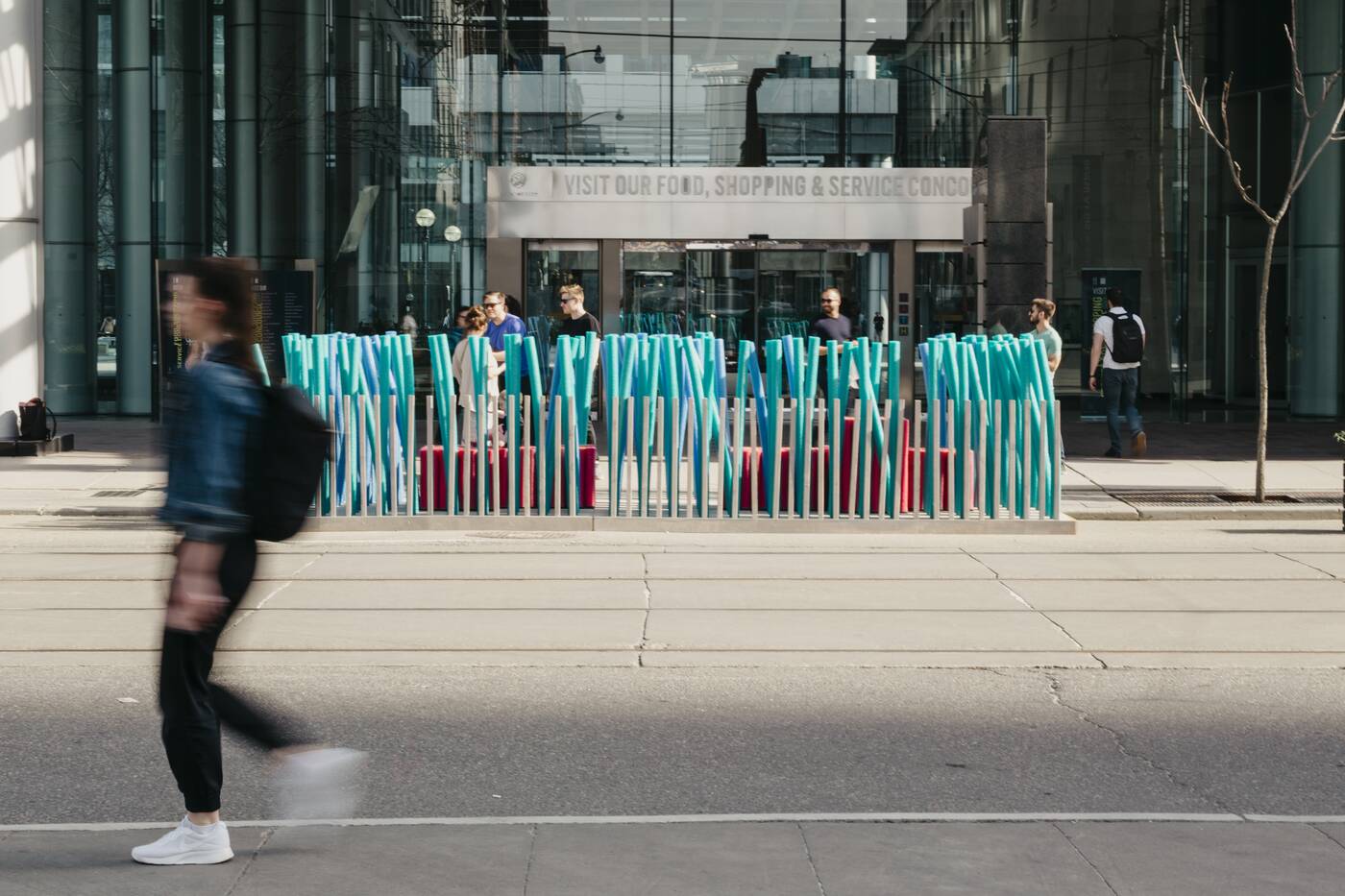 Like the milk crate benches set up earlier this week, the pool noodles are one of 19 "vibrant, animated public spaces" between Bathurst and Jarvis meant to jazz up curb lanes where car traffic is restricted by the King Street Pilot Project.

The public art installation can be found at the base of Duncan Street on the South side of King.

It's hard to miss, and even harder to resist taking pictures of / with / in. 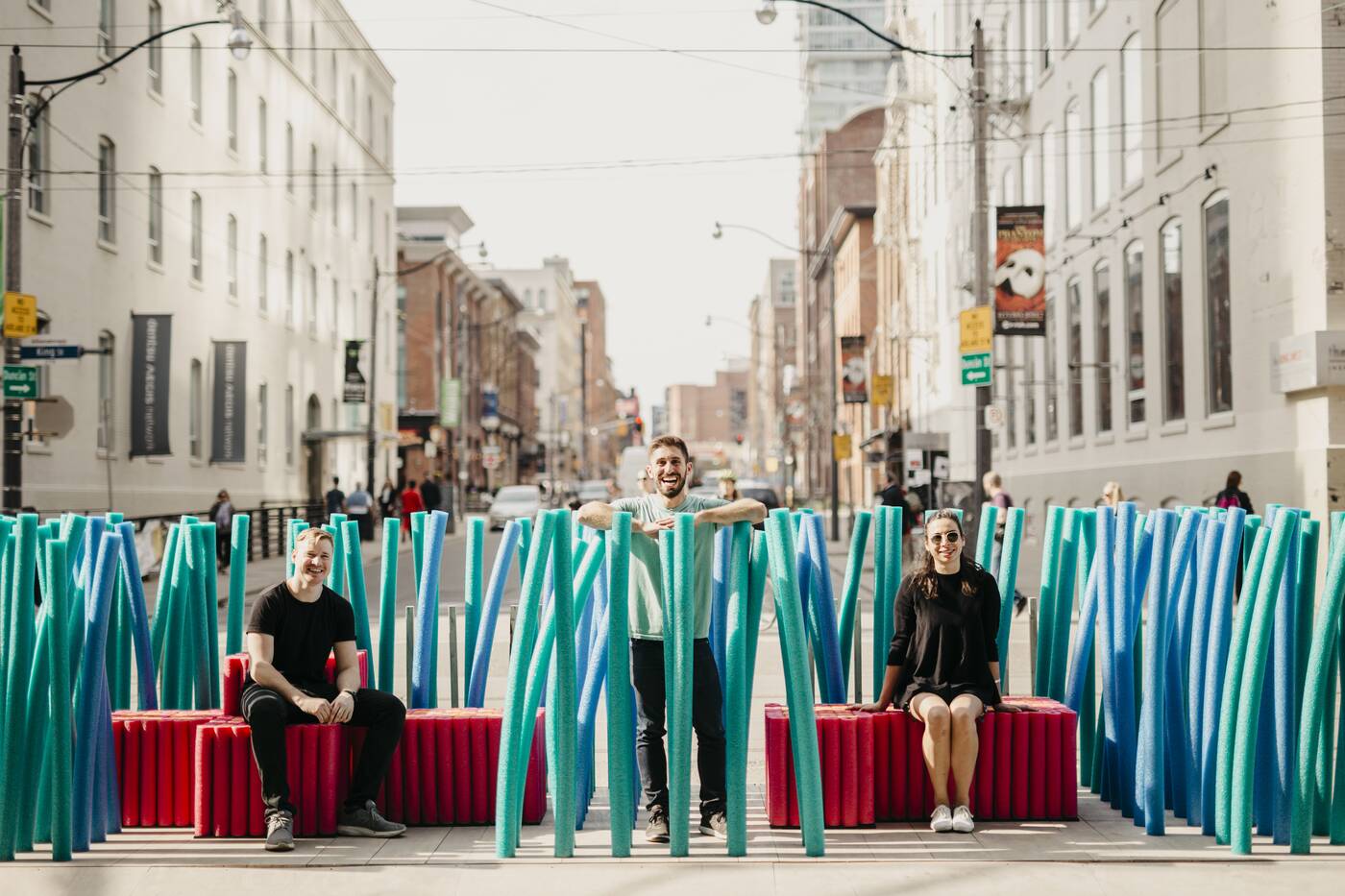 Called "Woggle Jungle," this installation is the brainchild Victor Perez-Amado, an Architecture and Urban Design professor at the University of Toronto.

He finished installing this King Street Pilot Parklet on Wednesday with help of Anton Skorishchenko and Michael De Luca in collaboration with Dina Sarhane and Mani Mani of Make Studio.

In total, over 400 pool noodles have been arranged in a curb lane on King Street for the public's sitting and selfie-taking pleasure. 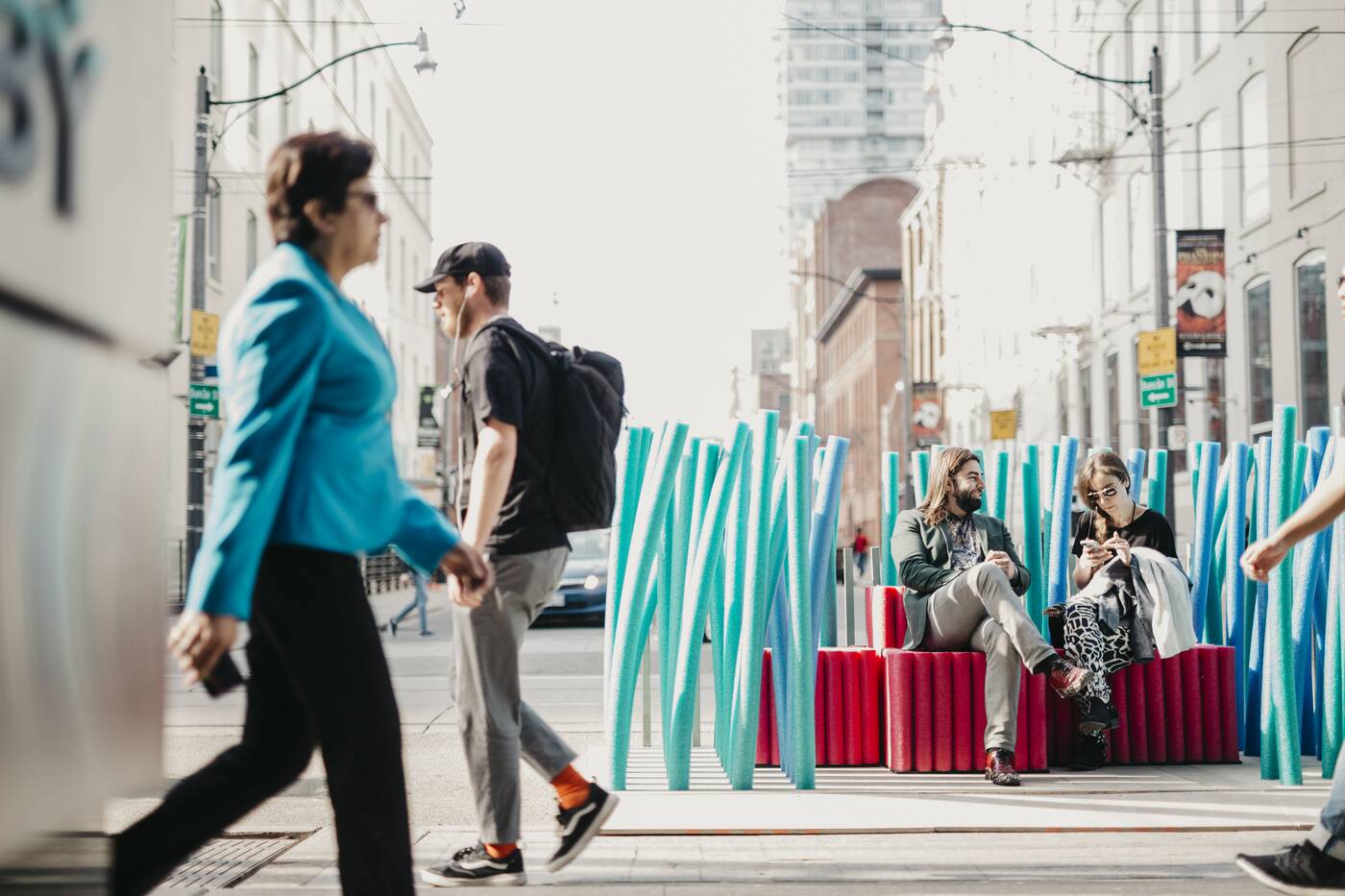 "Set within the heart of Toronto's downtown core, the Woggle
Jungle is a squishy mini-park amongst a forest of glass towers," reads the temporary public art installation project's description.

Benches made from the foam noodles are scattered throughout the noodle garden to foster social interaction, and encourage people to rest.

The idea was to to "create a cheerful and immersive environment that encourages play and relaxation in our city's busiest district."

I'd say they nailed it, with the exception of the project's name. "Woggle Jungle" has a really nice ring to it, but those things are pool noodles. Team pool noodle forever.