The reign of Yayoi Kusama has come to an end in Toronto, I'm afraid, but not without first touching the hearts and eyeballs of millions.

You've no doubt seen images from the Japanese artist's popular Infinity Mirrors exhibition at the Art Gallery of Ontario in recent months, either on Instagram, in news stories, or plastered around the TTC.

If you were lucky enough to get tickets, you were one of 165,000 AGO visitors who got a chance to see the art show in person, too. 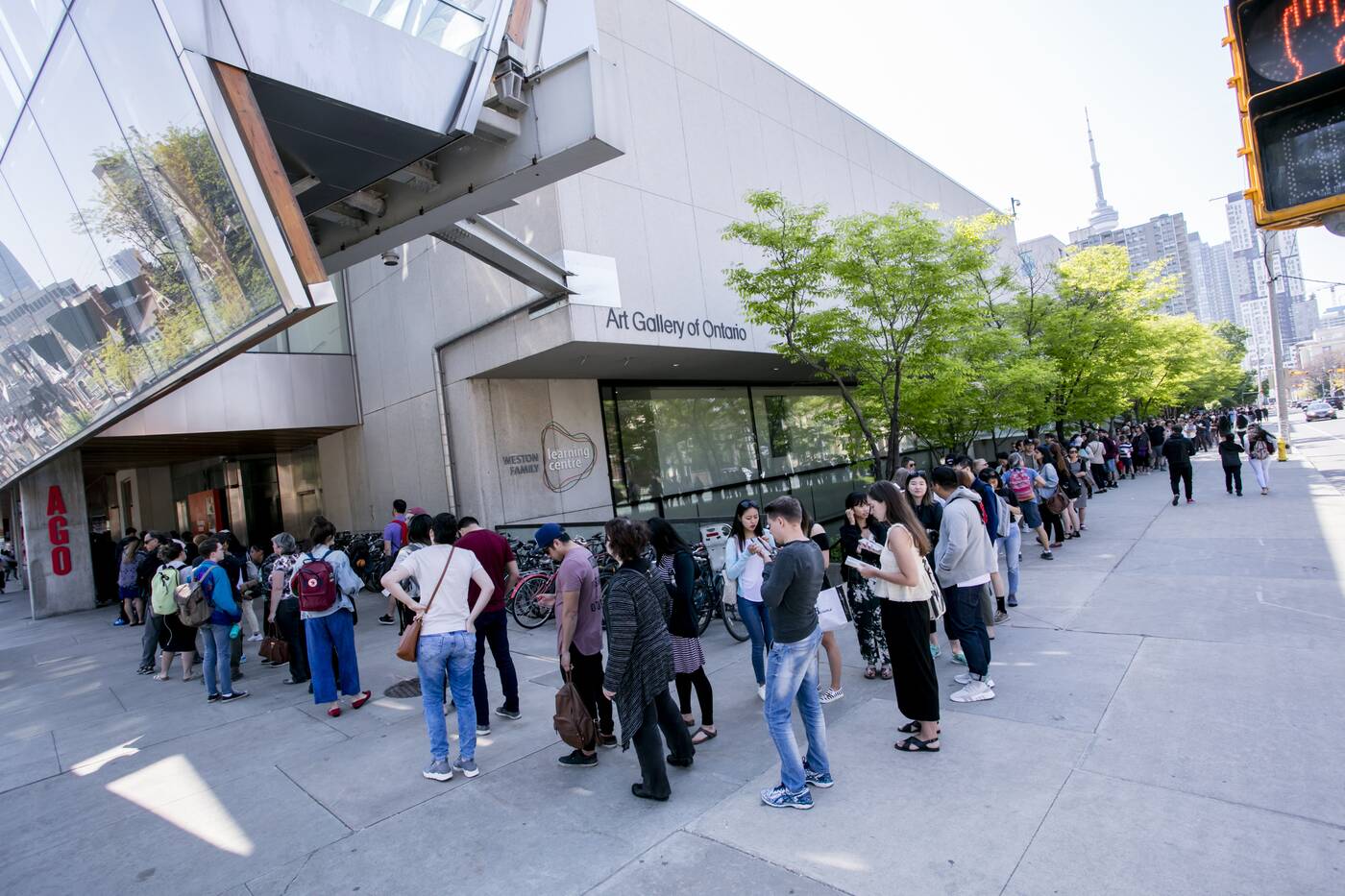 Thousands waited in line regularly for a chance to get same-day tickets to Kusama's blockbuster show in Toronto. Image via Art Gallery of Ontario.

"That's the highest attendance number to date for any museum exhibiting Yayoi Kusama: Infinity Mirrors," said the AGO's Andrea-Jo Wilson by email on Monday. "The demand for this exhibition is beyond anything we have seen."

The hype surrounding this show was indeed very hot, and justifiably so according to fans. As many as 60,000 people were reported to have been waiting in the online queue at one time to buy tickets for Kusama's exhibit at the AGO and it was sold out as fast as tickets could be processed. 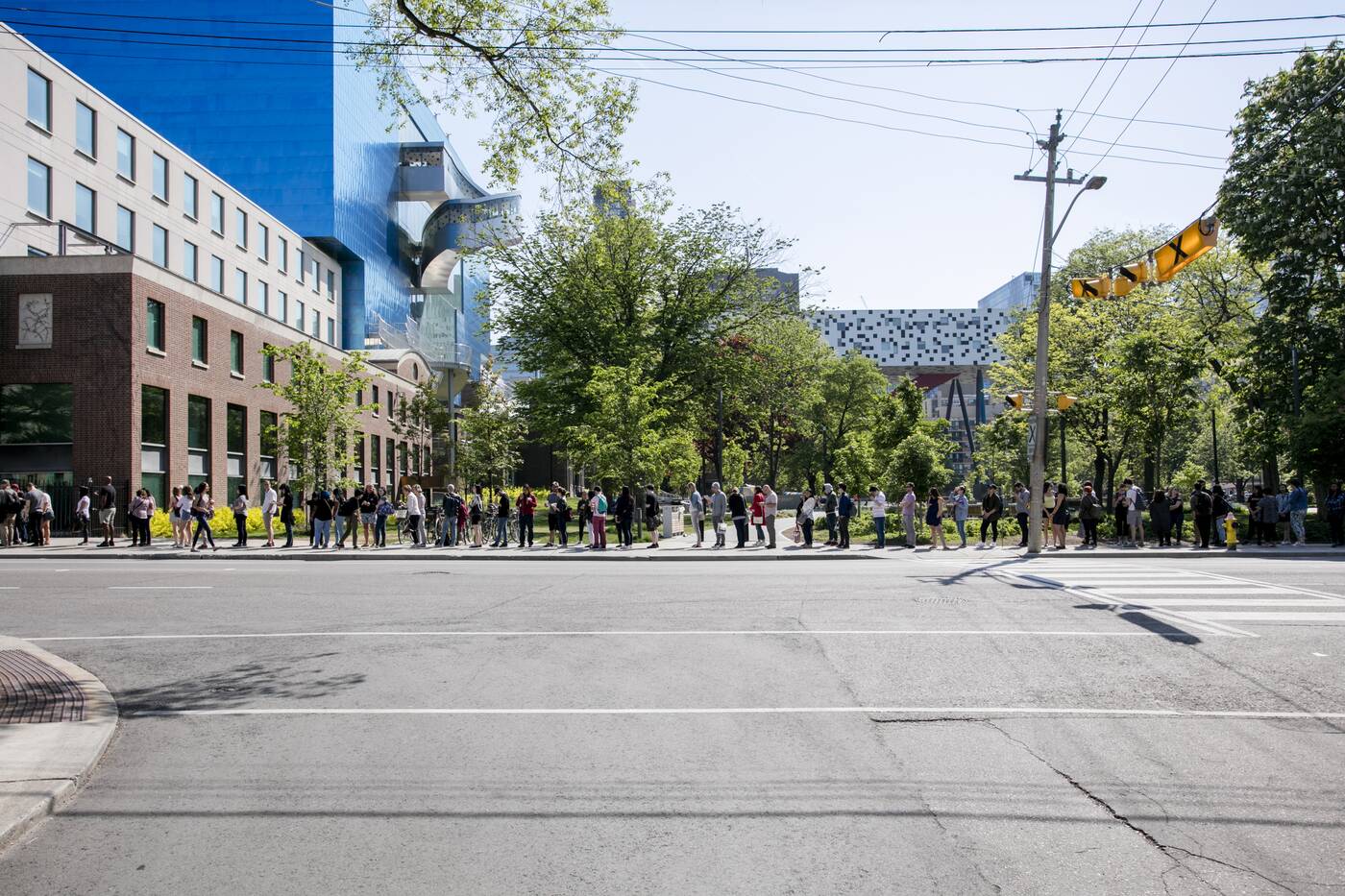 Lineups for a limited batch of same-day tickets spanned far beyond the AGO's doors. Image via Art Gallery of Ontario.

Because of the limited capacity, no records were broken in terms of total attendance, but Infinity Mirrors did generate more buzz online (and likely off) than any other art exhibition in Toronto's history.

"On the second last day, approximately 1,700 potential visitors tried to join the Saturday same-day tickets queue," said Wilson. "The first person lined up at 10:45 pm on Friday for Saturday tickets." 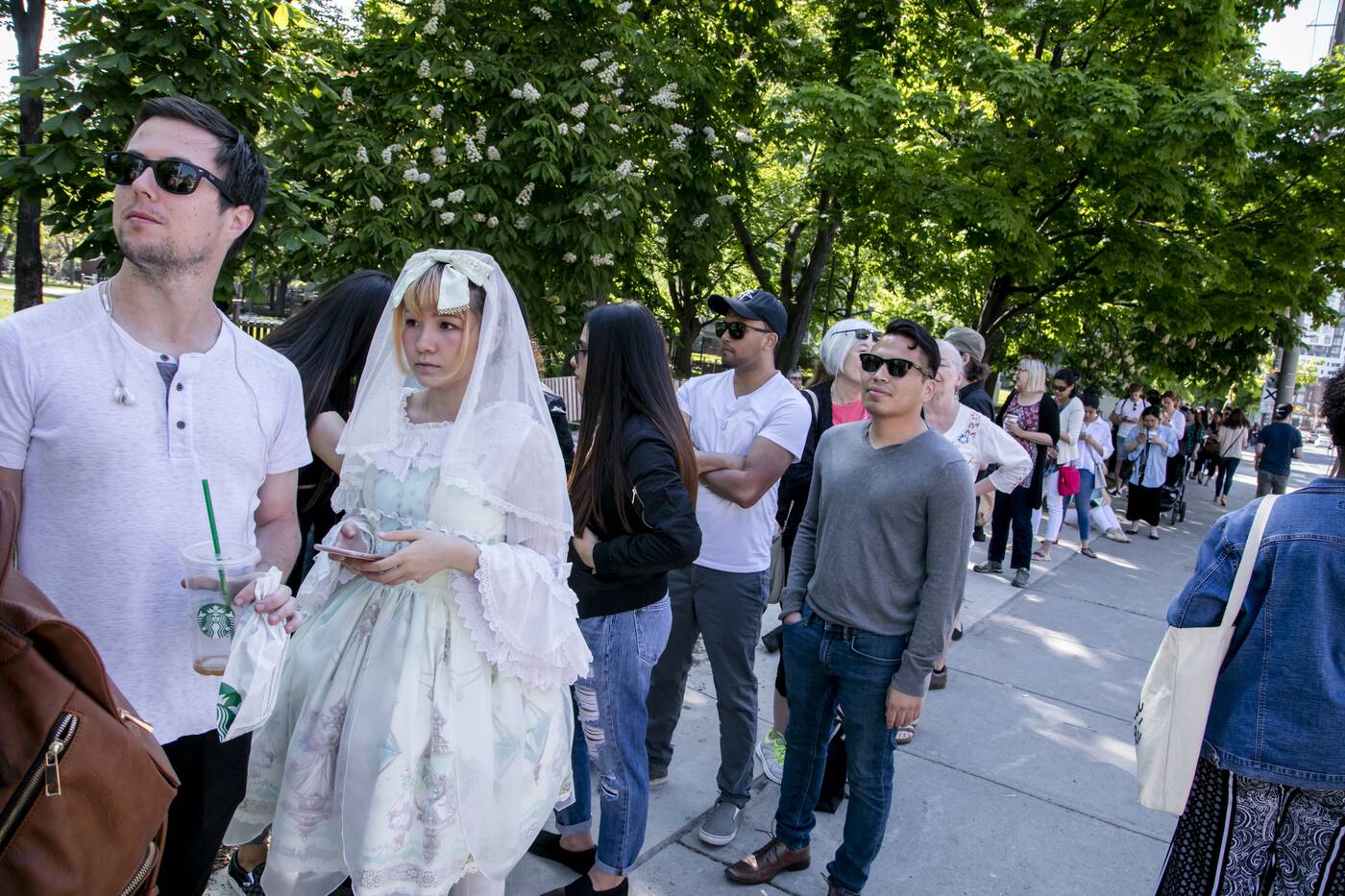 Fans lined up outside the AGO overnight for just a chance to see Infinity Mirrors during its last weekend in Toronto. Image via Art Gallery of Ontario.

May 27 was the last day for Torontonians to check out the exhibit locally, but it's not too late to experience the magic of Kusama in real life if you haven't already.

Toronto was only the fourth stop on the six-stop Infinity Mirrors tour of North America after Washington, Seattle and Los Angeles. The exhibition will now continue on to Cleveland, were it will run from July through to September.

After that, it's off to Atlanta until February of 2019.