A glowing cabin is about to be built on Toronto's waterfront

Step aside, giant rubber duck – Toronto is getting a series of new waterfront visitors to gawk at, including another oversized animal. And these ones will be sticking around for more than a weekend.

The Waterfront BIA's second annual Ice Breakers exhibition is set to bring five winter-specific art installations to Queens Quay this January, where they will stay for more than a month.

Located along the waterfront between York and Spadina, each of the winning art pieces were inspired by the stars in support of 2018's theme, "constellation." 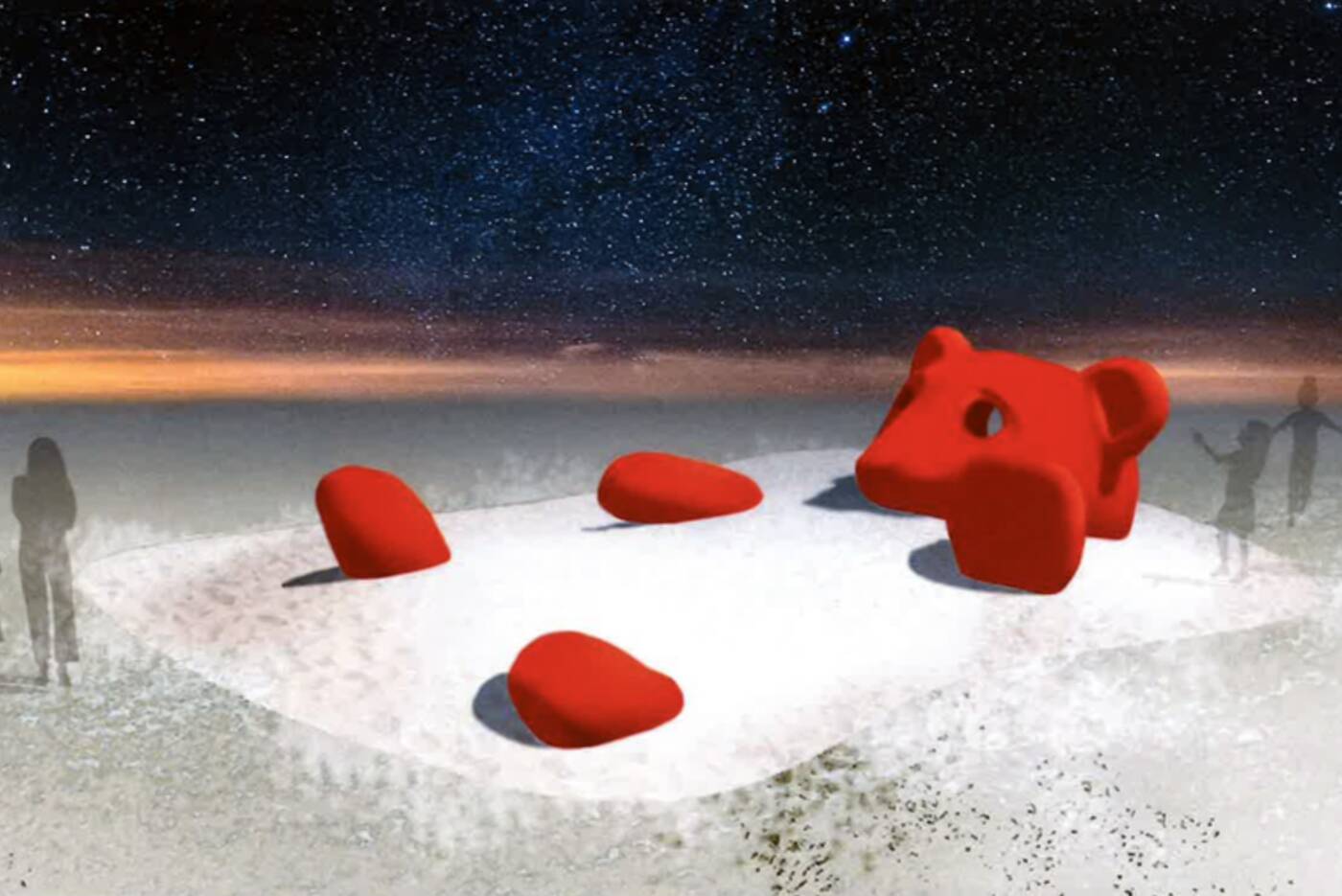 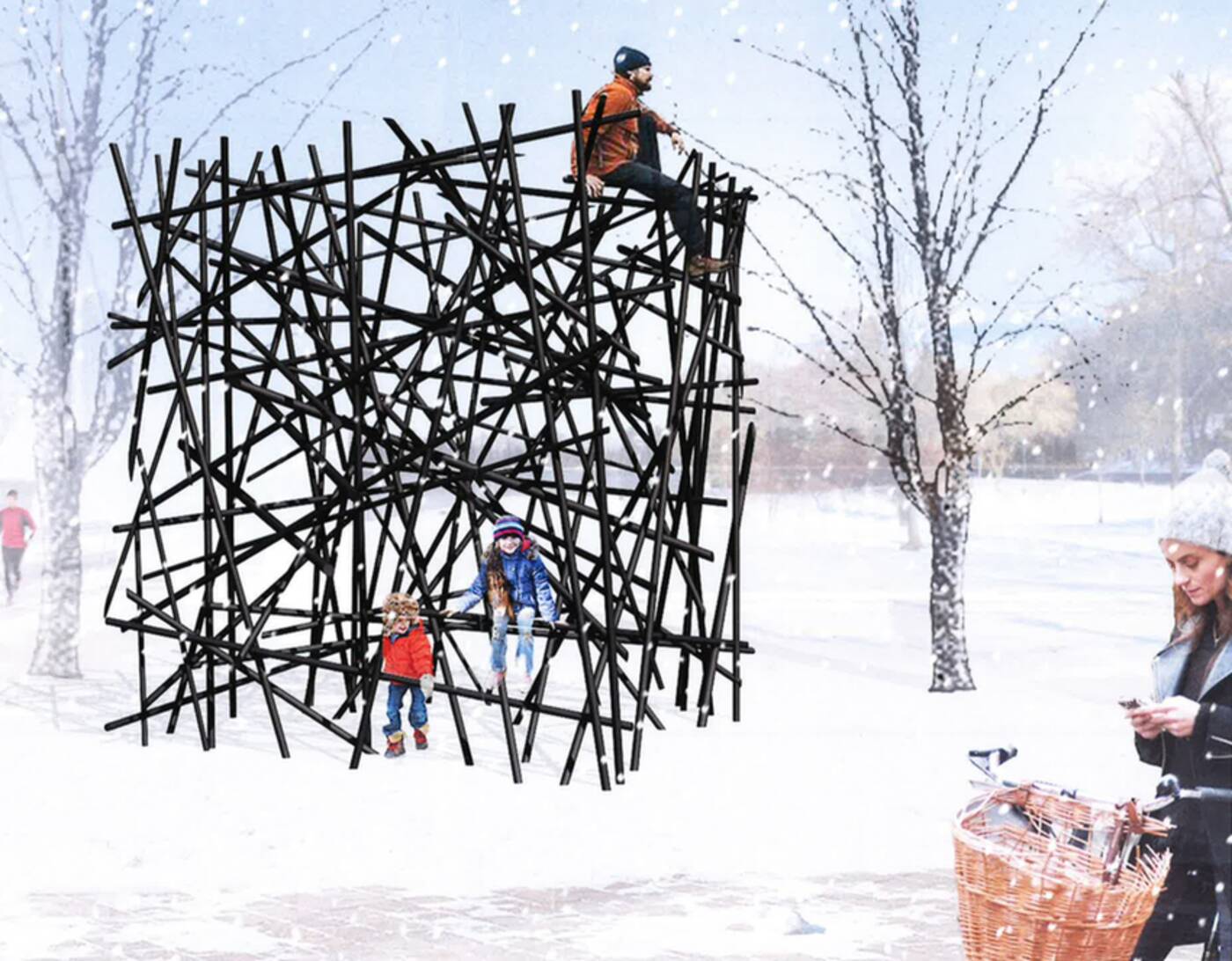 The sculpture depicted in the rendering above, called 'Black Bamboo,' will be composed of 90 painted bamboo poles and visitors will be welcome to climb it. The piece was created by Marburger Bennet of Zhejiang Sheng, China. 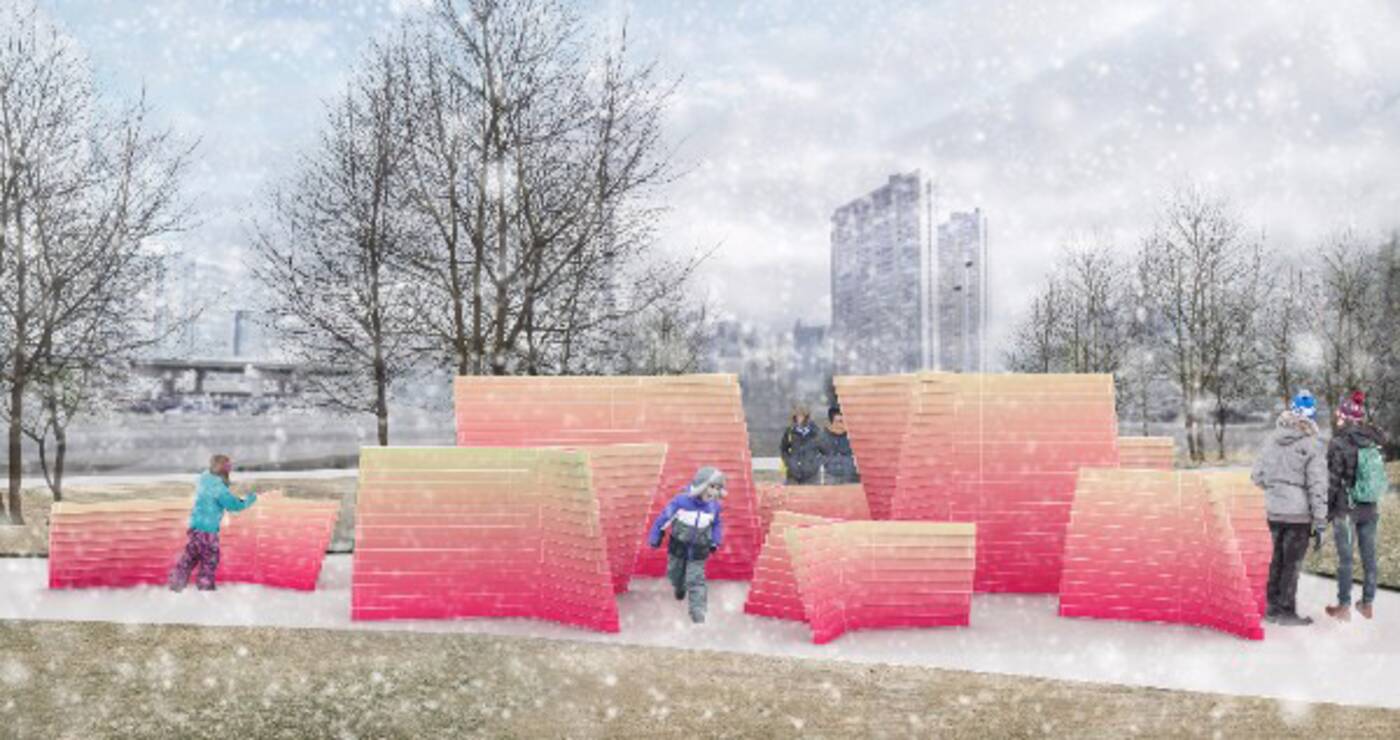 'Winter FanFare' by Thena Tak is described as a "series of rotating fan-sculptures that collectively form a circulation playscape for winter exploration." 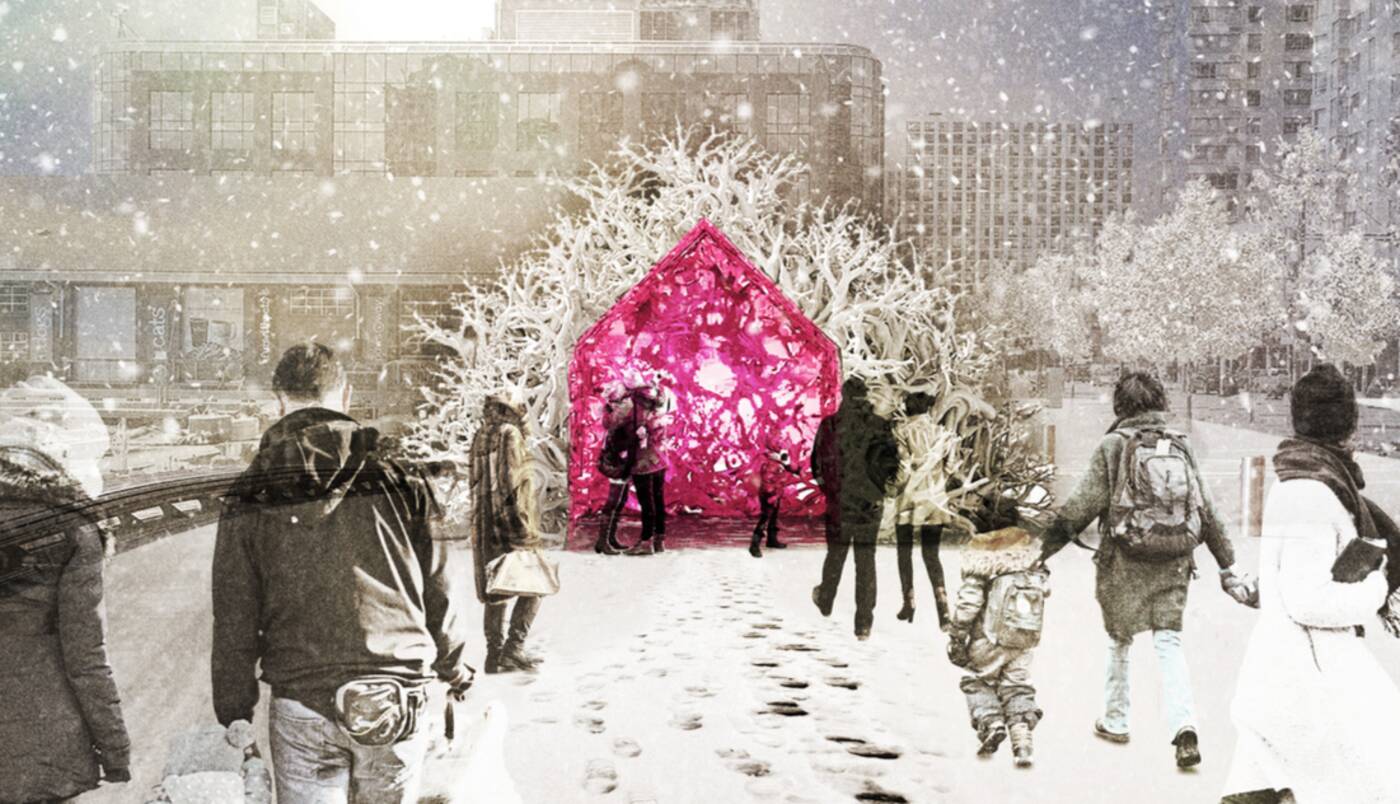 'Ensemble' looks like it will be one of the most interactive exhibition pieces. Designed by Portugal's João Araújo Sousa and Joana Correia Silva, "the installation is inspired by wind chimes, which visitors can touch to create beautiful abstract compositions and ever-changing soundscapes."

Take that, Lake Ontario! Humans can do loud things with wind, too.

Ice Breakers, developed in partnership with PortsToronto and produced by Winter Stations, will run from January 19 to February 25, coinciding with the debut of the fourth annual Winter Stations competition in The Beaches on Family Day.