Toronto's abandoned silos are getting a makeover

Once upon a time, motorists on the Gardiner could look over to see a handful of industrial silos and smoke stacks shooting out from Liberty Village's skyline.

The now-defunct structures stood tall and impressive. They still do today, in fact – it's just harder to notice them amidst all the gigantic billboards and condo complexes.

But this is about to change. 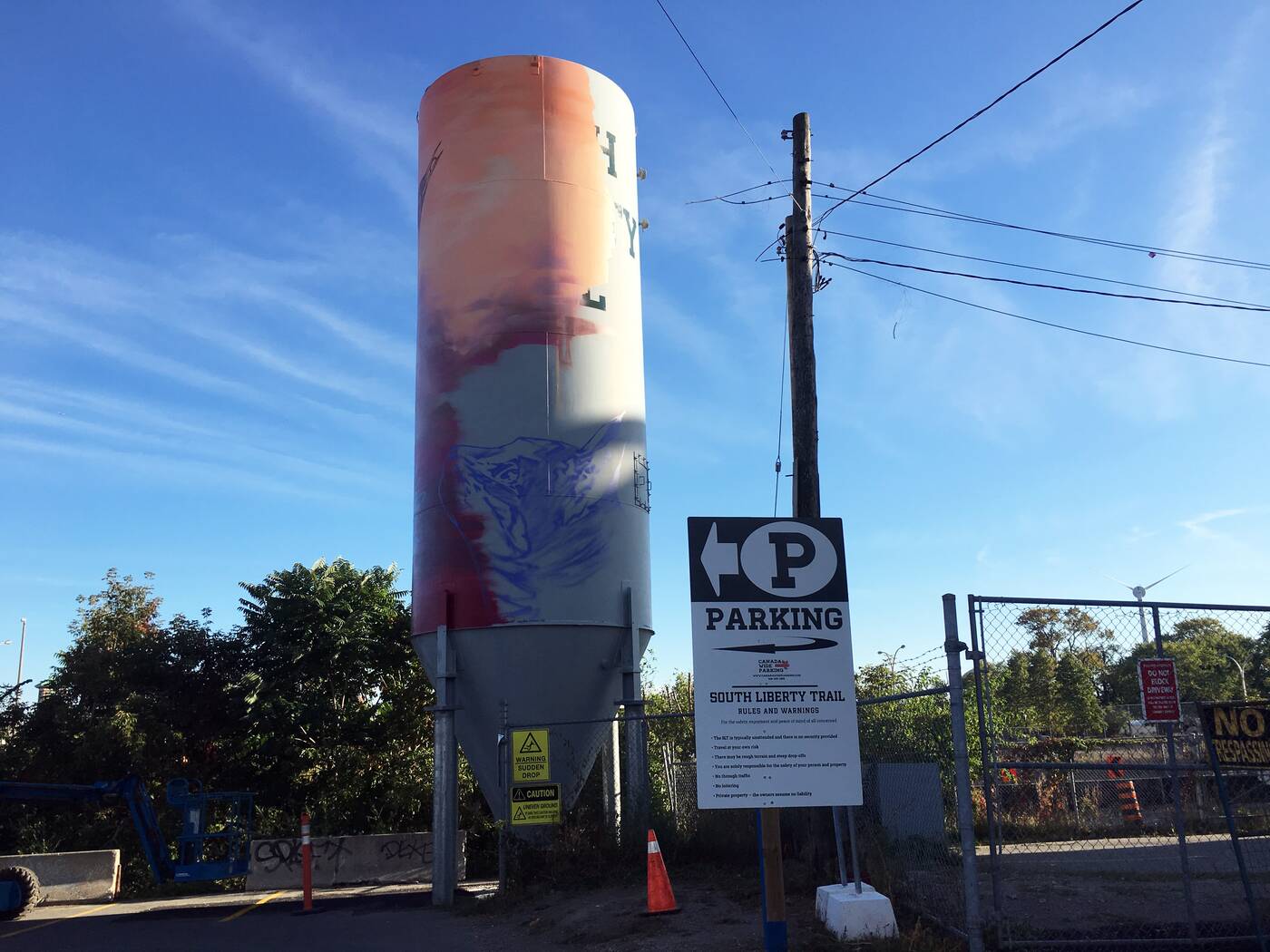 An old grain silo in Liberty Village will soon be public art. Preliminary work indicates that it may feature a cat. Photo by Lauren O'Neil.

Four industrial silos and two hoppers along the South Liberty Trail have been designated to serve as canvases for a large-scale public art initiative through the city's StreetARToronto Partnership Program.

"During the month of October, street artists will be at work on the four 30 to 40-foot-tall silos, creating monumental and highly-visible murals along the South Liberty Trail," reads a news release from Mural Routes, which is managing the project. 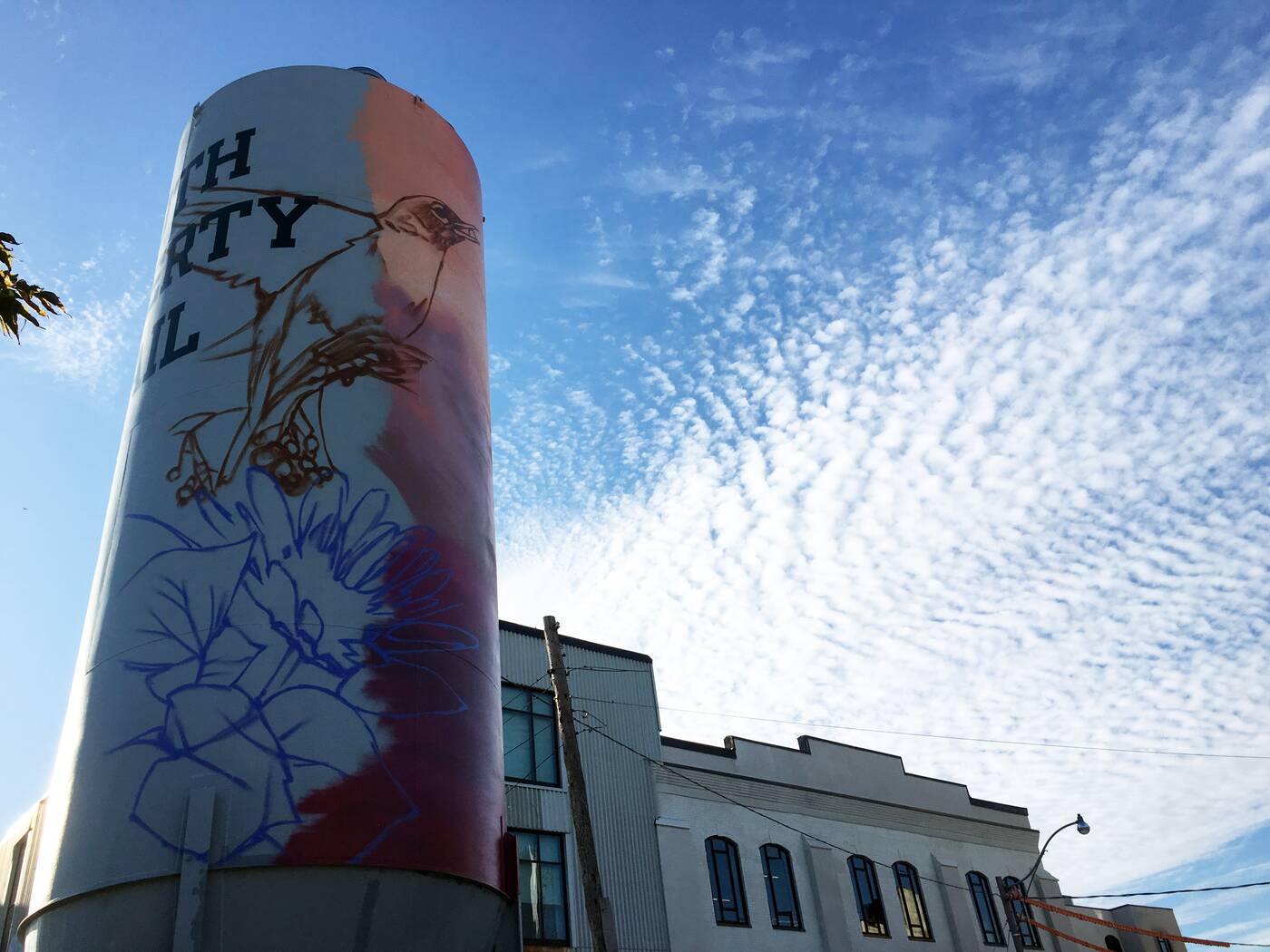 "Designs should be colourful, contemporary, edgy and smart," read an artist call for the project in March. "They should be guided by the general theme of 'New ideas in old buildings.'"

Artists have already been spotted at work this week, at least one of them perched precariously high above the ground next to one of the old silos left behind by Canada Bread. 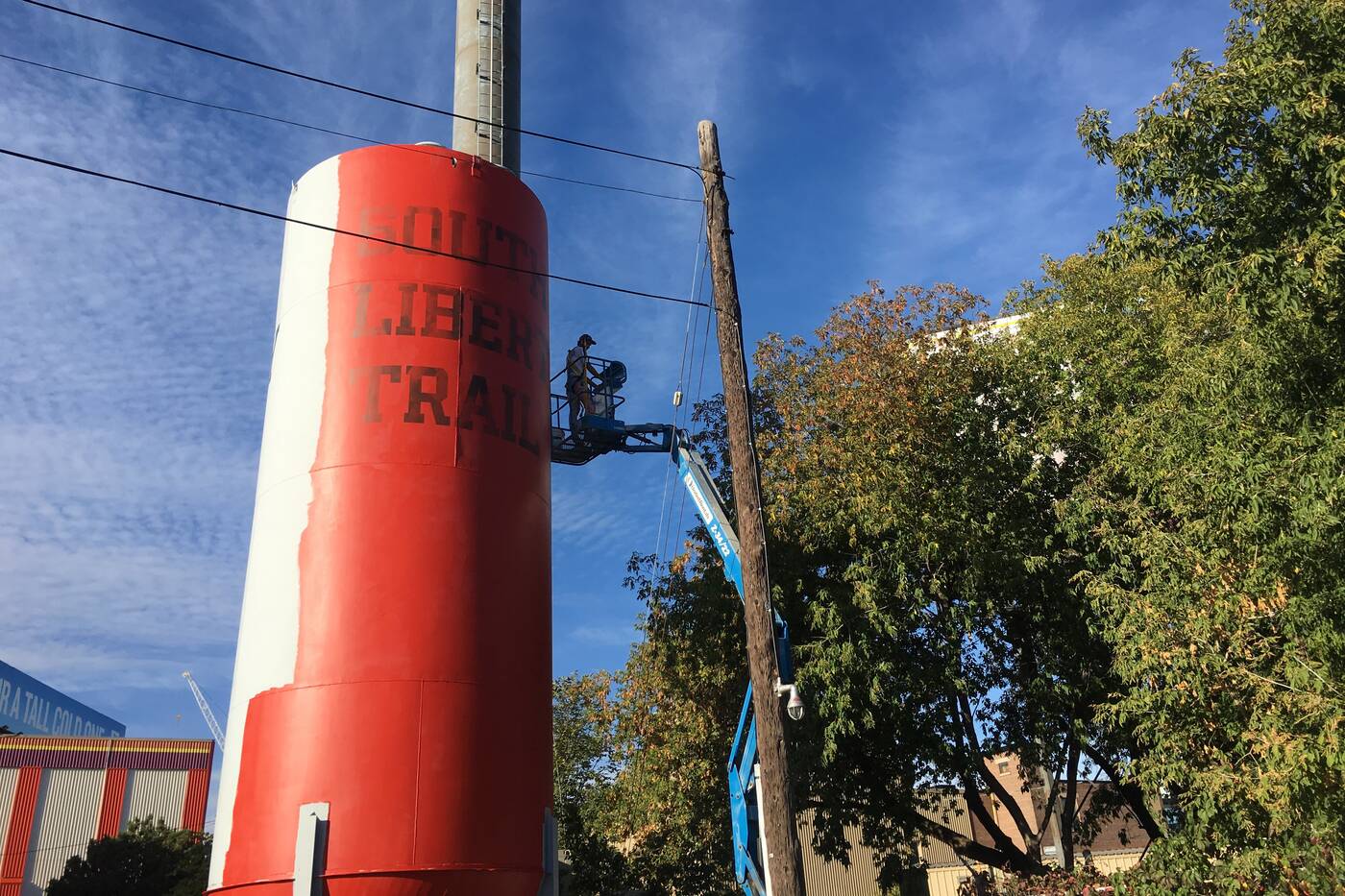 A silo at the base of Fraser Avenue got its first coat of red paint Thursday evening as office workers fled the village and residents returned home. Photo by Lauren O'Neil.

"We are excited to see the re-purposing of the South Liberty Trail Silos into a gallery of public art pieces visible from the Gardiner," said Karin Eaton of Mural Routes. "This is the first silo mural project in Toronto and we hope it inspires more."