This is Toronto's most exciting gallery right now

Toronto's gallery landscape is forever evolving and surprising us. New gallery spaces come and go, and established venues often adapt to whatever neighbourhood they've moved into, but sometimes something unexpected comes along and creates a shift.

Dais is that something. To call it a straight up art gallery isn't fair because it's more of a creative hub made up of different artistic components. This is what makes Dais' West Queen West gallery space so exciting.

"Ultimately the gallery is a space to make room for visual artists to be accepted in more commercial spaces like radio, music, film and TV, the focus areas of Dais," says Dais founder Sol Guy. 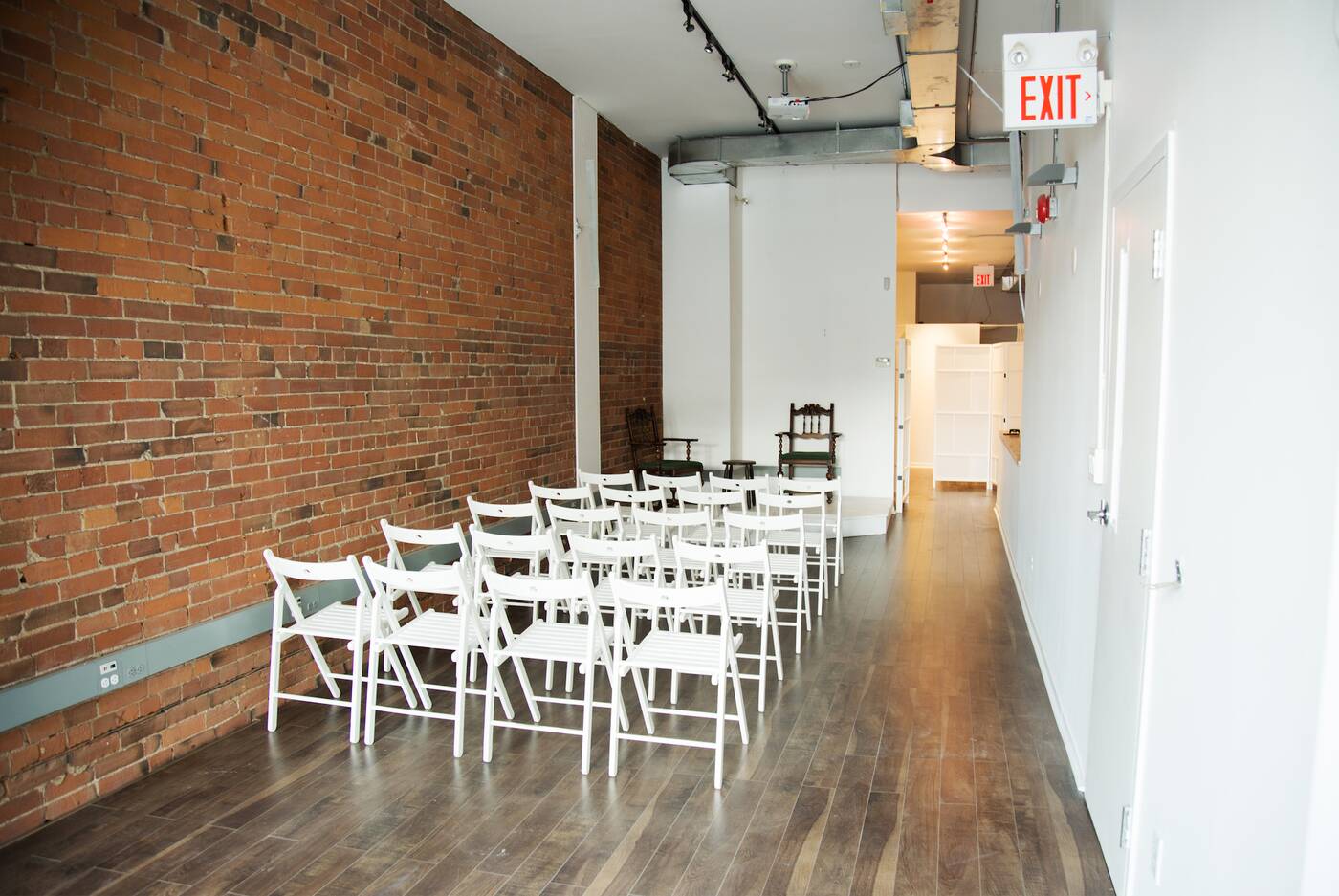 The gallery space is host to all kinds of talks and events.

Dais is an artist-first launch pad for creative people. With some funding from Bell Media and a passionate team, it's created a hub with a gallery on the ground level, a recording studio in the basement and co-working spaces and production facilities on the upper two floors. It's like a beehive of artists.

"It’s been important to connect with a wide range of the communities that give life to creativity in the city," says Chris Penrose, Dais' managing director.

"Art shows are part of what we want to do in the gallery, but it’s also about having a safe, creative, collaborative space," says Penrose. 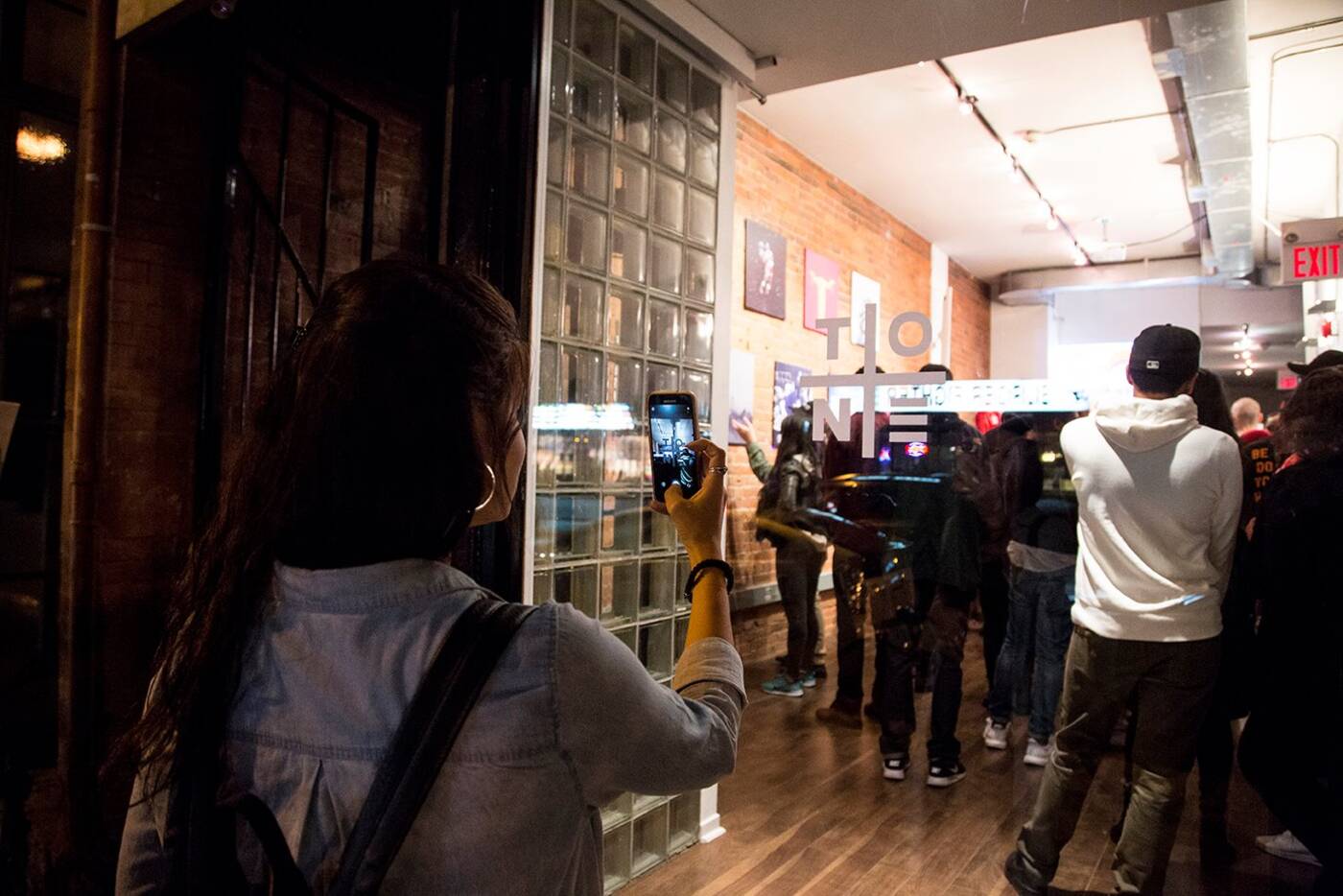 A street view shot of an event inside Dais.

This means if there's an art show, there will be talks and other associated events to support it. It's all about creating multiple experiences. 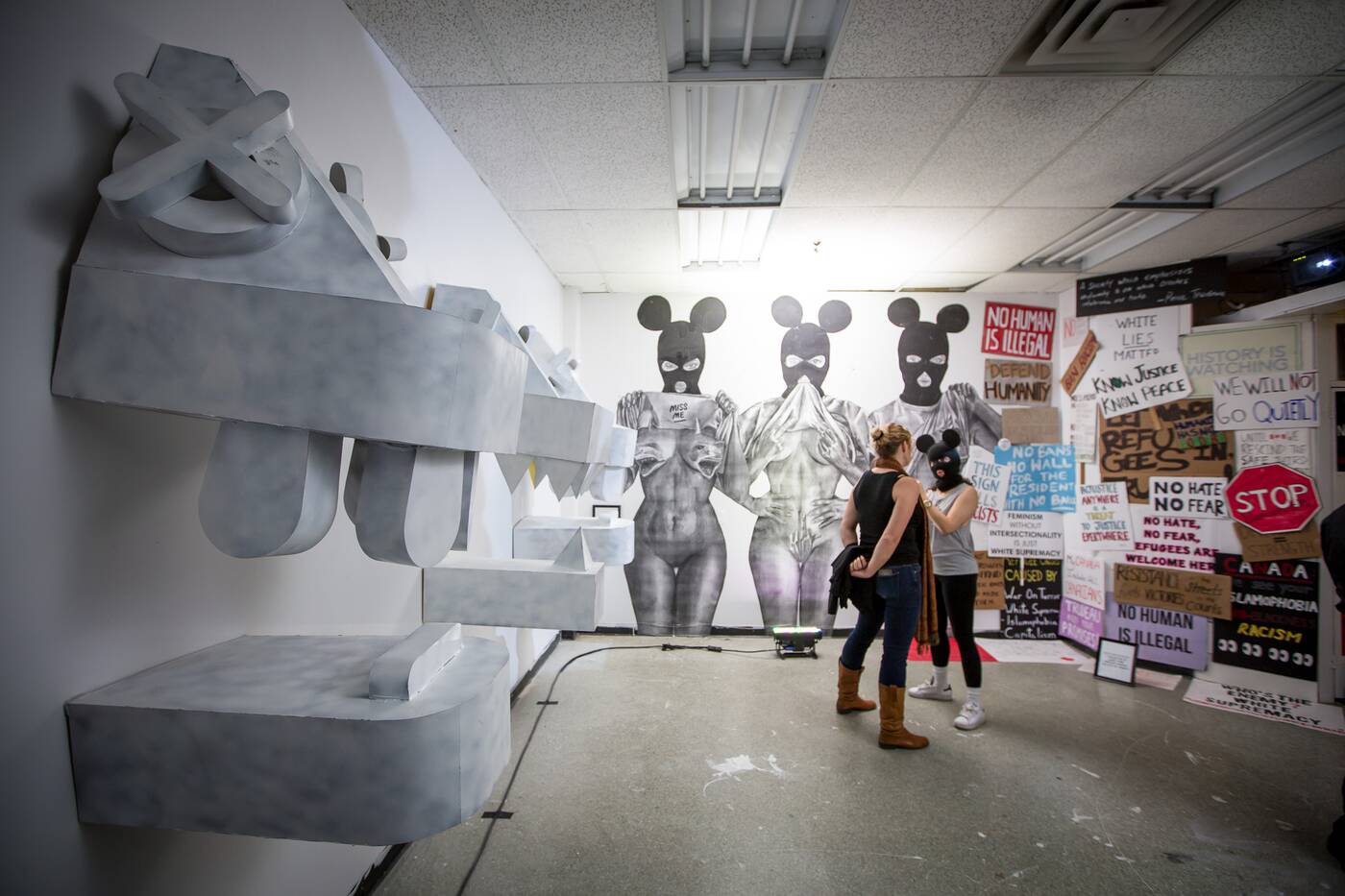 The Dais Gallery section of the Honest Farewell art maze at Honest Ed's was the weekend's most politically charged exhibit. Photo by Jesse Milns.

Dais was behind the more political room inside the art maze at An Honest Farewell. Giles Monette curated that show and used the Dais space as a stage for local artists.

"As a curator, I’ve never played it safe," he says. "If I like it aesthetically, if it’s important, I’m going to push it and that’s not always profitable. Dais is Latin for platform and I want to give [artists] a platform to get the message out."

This means you never really know what you're going to get when you walk into Dais, and as an artist it means so much more. 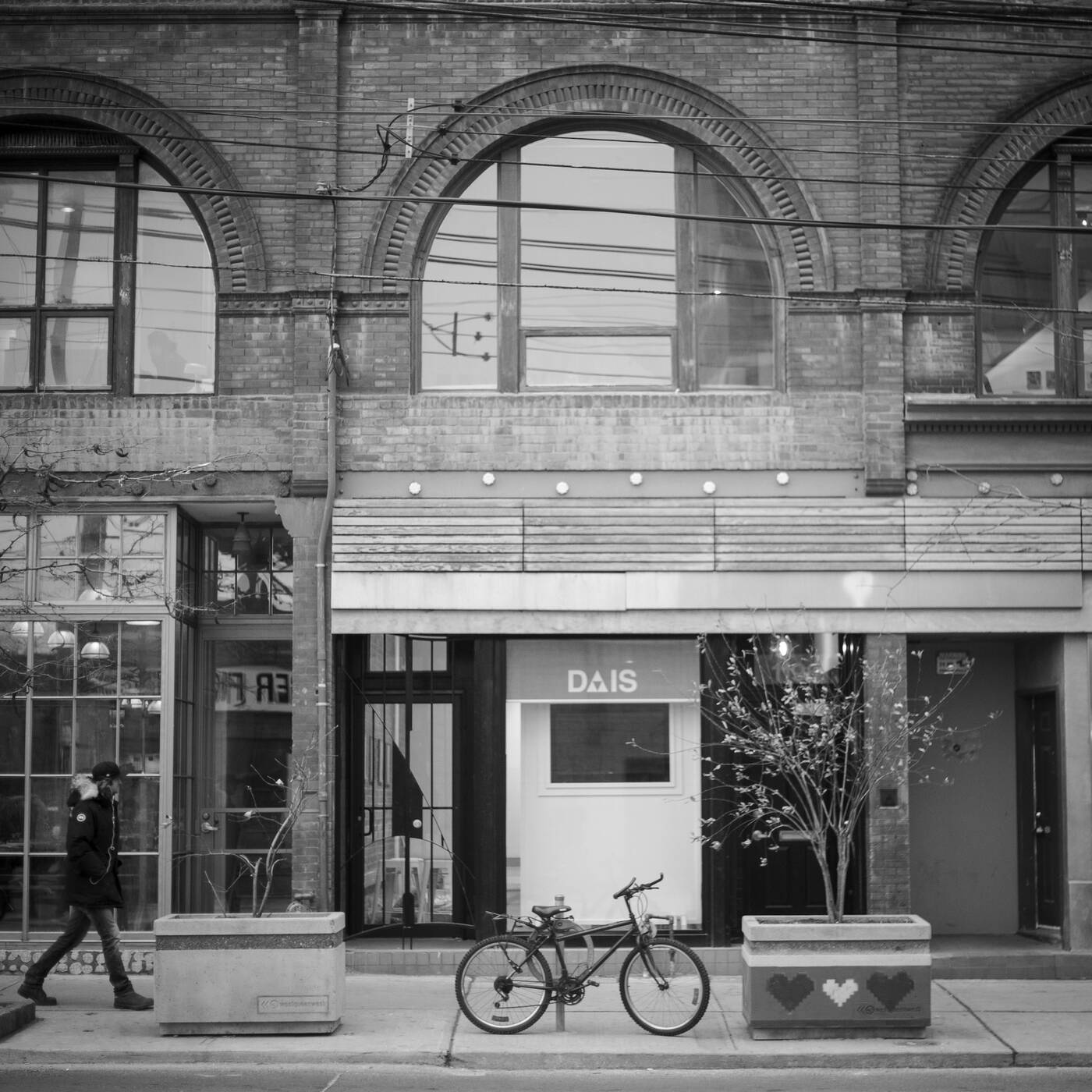 At Dais, it's all about putting artists first, says Penrose. He continues, "Having artists first and sharing the creative process is at the heart of how we look at events."