This Saturday, Nuit Blanche participants who move through curator Christina Ritchie's "Bodies and Buildings" in Zone B are invited to discover the rhythm and choreography of our city by "the passage of our bodies through its built forms."

"Christina has been particularly supportive of the open call artists working within her area, by pushing them and getting them to think bigger and be more expansive in their approach," says Julian Sleath, Programming Manager at City of Toronto, Special Events.

Ritchie is an independent curator based in Toronto. She most recently served as the Director of the Contemporary Art Gallery in Vancouver. She has also served as Curator at the Art Gallery of Ontario and Video Curator at Metropole.

I talked with Ritchie about her favourite buildings in Toronto, how she feels about the downtown condo developments, and which city neighbourhoods have a great rhythm.

How did you come up with "Bodies and Buildings"?

â¨I like to think about what the most essential parts of the city are. There's an awful lot of thought about urbanism these days that look at every aspect of it, but it all reduces to bodies and buildings, and the kind of choreography that has to take place between people and built forms.

What was your criteria when selecting the works that are featured in your zone?

What I'm particularly interested in are works that try to give people a different quality to attention and that go counter to the everyday experience. All the works in my exhibition share these two sets of criteria.

For example, a work by Neil Campbell, called "Pair," is aimed to slow down the eye so that you have to think about how your visual perception is an entirely physical experience, and how it affects your whole body.

Another piece, "All Together Now" by Jeanne Holmes, is a dancing lesson and it tries to consider the built form of the city as a form of choreography. Michael Klein's piece "The Other Side," is set up so that there are four cameras and four screens set on four corners of an intersection. It's constructed in such a way that when you cross the street, you might expect to see yourself on the screen, but you can in fact go around as often as you'd like, but you'd never be able to capture yourself on the screen, even if you go backwards or sideways. So this is asking you to look at what you're seeing in a somewhat different way. 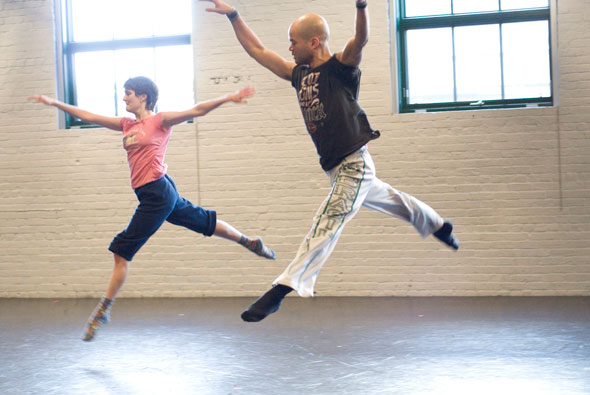 What was the most challenging aspect of putting your zone together?

Probably the most challenging part is the number and kinds of contingencies that I had to build. There are a lot of uncertainties with the sites and a tremendous amount of negotiations that have to take place. Often artists are working with a site and making work that is particular to the conditions that prevail in one spot, and then all of a sudden the site isn't there and they have to come up with a new work. It's a bit challenging.

Kelly Mark's piece ("Scenes From A Film I'll Never Make, with Alternate Score") was a late entry. The first site she selected inspired a really fantastic idea, but the owners of the site were unwilling to participate, so we went to Plan B and came up with another great idea. She ended up making a terrific video, but it's completely different from her original idea, and I'm still not quite sure where her piece is going to go. Even at this moment, I don't know!

So we'll have to find out this Saturday! So if someone only had time to check out three works from your Zone, which would you recommend?

That's not a fair question! "All Together Now" is one of the key pieces. I think "All Night Convenience" by Rhonda Weppler and Trevor Mahovsky is just so perfect given the spirit of the event. A corner store is being constructed out of translucent plastic, and all of the products in the store are actually replications of physical corner store products, but in the form of a lantern. Over the course of the night, they'll be giving the lanterns away.

People will get quite a chuckle from "The Way Things Are" by Chris Hanson and Hendrika Sonnenberg. The work is made out of street lights that have been transformed into stick figure characters doing the kind of things that we hope patrons of Nuit Blanche won't be doing.

On the topic of Bodies and Buildings, what are your favourite buildings in Toronto?

I'd have to say the TD Centre; it's just a beautiful building. I also really like the City Hall building. It works in a strange way. 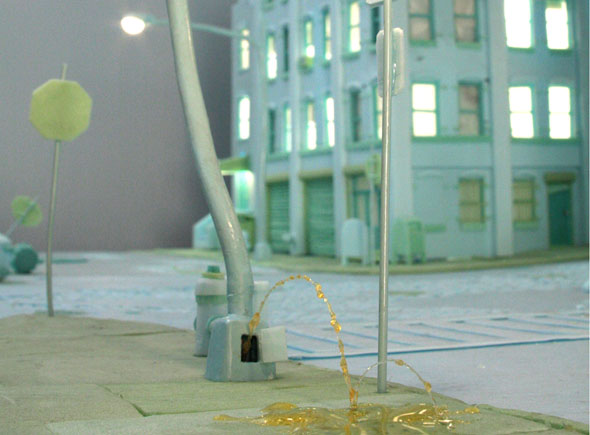 How do you feel about the condo developments that's sprouting up in downtown Toronto and what do you think they add to our city's rhythm?

More people and that's great. The buildings themselves, I'm not all that inspired by. They're pretty shabby.

Which parts of Toronto do you find has a nice rhythm, flow and energy?

I've lived in a number of neighbourhoods, and at the moment I'm living in Parkdale, and I love it. There's a sense of real community here, and it's great.

What are your favourite memories from last year's Nuit Blanche?

One of my favourite things that really stuck with me was this really impromptu event. Somebody had brought his dance class and a boom box, and they were doing this dance lesson. It was just joyous and infectious. That's the spirit of Nuit Blanche that I hope will be sustained by what we're doing this year.

Dance, movement, and rhythm seem to be the keywords here. If the current energy of downtown Toronto were to be described as a style of dance, which would it be?

It goes back to the diversity of the city, which is a beautiful and compelling thing. You're driving in your car, doing your groceries, doing the laundry or whatever it is, and you're just aware of all the different lenses to view these things that are happening around you all the time. It's all kinds of conflicting rhythms.