Jian Ghomeshi is keeping busy. There's his weekday show on CBC Radio, Q, he recently picked up the Gold Award for Best Talk Show Host at the New York Festivals International Radio Awards (how's that for a mouthful), and he just launched a New Wave channel on CBC Music. Oh, and he has a new book launching today called 1982.

1982 chronicles one year of Ghomeshi's life as he tries to be David Bowie, woo a girl that looks like David Bowie and wears purple eyeliner and pointy black boots (read: David Bowie), and chases cool in Thornhill. Albeit light, self-deprecating and written in Ghomeshi's patented conversationalist tone, the book also carries darker undertones. It delves into what it was like being an Iranian immigrant (by way of the U.K.) at the age of 14 in the largely white, Toronto suburbs following the Iranian Revolution, and more generally, what it means to grow up in the suburbs as an outsider.

I stopped by Studio Q following a morning taping with Montreal's Stars. Sitting at the microphones, we chatted about Bowie, Thornhill, the Polaris Prize and a dash of Moxy Früvous--you know, for good measure.

The book is set in the hustle and bustle of suburban Thornhill. What does Thornhill mean to you today?

Thornhill means partly home, partly affection, and partly prison--well, I say the prison part somewhat facetiously. There's a part in the book when me and Toke, my friend at the time, were literally on a pilgrimage waiting three weeks to meet the guys in Rush, and the guys in Rush are playing "Subdivisions." Little did we know (we didn't piece it together at the time) that the lyrics of that song were actually speaking to our existence and about the pressure to conform, and the uniformity of the suburban existence. And the latent desire within that, the subtext in wanting to break out of it.

Ultimately, I think part of me was desperately trying to fit in and the other part was trying to break out of conformity because I couldn't stop myself from standing out.

1982 is a bold title with obvious Orwellian attributes. For someone that knows nothing about the book but the title, those comparisons will be drawn. Obviously this is part of it. But why?

First of all, because it made me laugh. I mean, it's kinda fucking ridiculous to call a book 1982. Secondly, I say it somewhat facetiously again. But I do think that 1984 gets a lot of the attention, and a lot happened in '82. I just found out today that Tootsie came out in '82. Dustin Hoffman's Tootsie.

But predominantly, I wanted to send the message that despite the fact that it has been promoted as the "biography of Jian Ghomeshi," it's really not. It's the story of me in one year. I wanted to send that message, and also wanted to telegraph that, while ostensibly it's just a story about me trying to be Bowie and smitten with this girl that reminds me of Bowie, it's also the story of living in the suburbs and the difficulty of being in Grade 9--the trials and tribulations of a first-generation immigrant, at the time, in a very conservative, white community. And, at the time, wanting to discuss and look at the tremendous cultural differences that have happened in just 30 years between then and now. 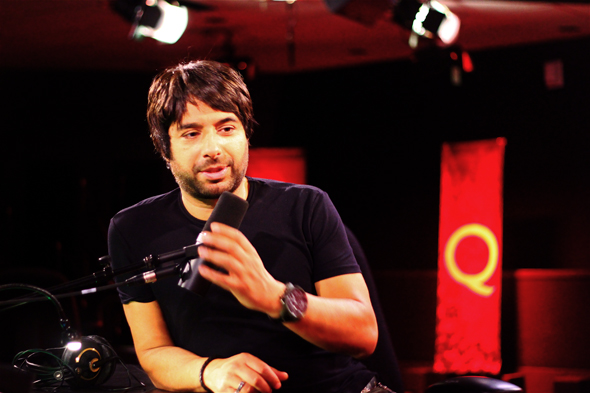 Loaded Question: What does David Bowie mean to you today?

I think Bowie represents the quintessential idol. He's kinda bigger than life to me. I do believe he's a genius. He's the coolest looking person in history, and also the most chameleon-like in terms of the different versions of David Bowie we've seen over the years; in many ways, based on his own calculations. He's always represented the spirit of, despite his material and popular success, not being afraid of being unique. And, in fact, celebrating outsider status and throwing yourself out there, which he did consistently.

As you do with your interview style on Q, you've clearly taken the same conversationalist tone with 1982. Why this direction?

Well, in the best possible scenario, people read the book and laugh--even if they're laughing at me--and within that laughter, hear about some moments and observations that are a little heavier. Whether it be being an Iranian in Canada after the Revolution and the strange resonance that has 30 years later, or whether it be some of the fish-out-of-water stuff that a kid in Grade 9 feels. I didn't want to do an achingly earnest book, and so, I wanted to make me laugh. When I was writing about how you can't be New Wave and smile - that was making me laugh. Or suburban men rubbing their bellies and watching sprinklers all day--that made me laugh.

Music is clearly integral in both the book and your life. With the Polaris Music Prize next week, who's your pick?

There's some years where it has been easier to handicap than others. Last year is kind of the obvious example where if it wasn't Arcade Fire, Polaris would be stupid, top to bottom. But having been in that grand jury room and knowing the debates that happen and the nature of them, I think it's foolish to try and predict. I would say there are four or five good possibilities. If I was pressed to say, I'll say with a complete measure of uncertainty, it's between Feist and Grimes. 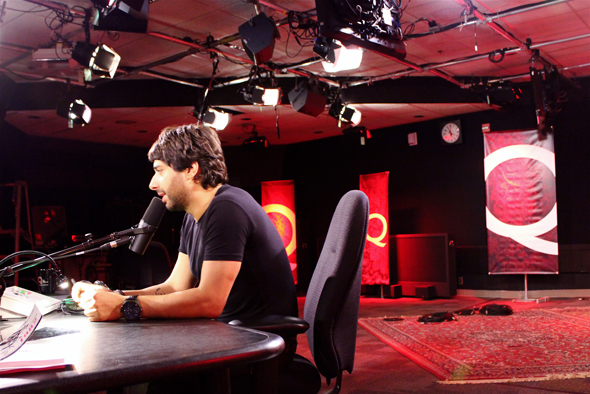 You discuss how Wendy, Bowie and a blue and red Adidas bag defined your life in '82. What defines your life in 2012?

Bowie, Wendy. [Laughs.] It's tragically dissimilar, or similar, I guess. I would say, music, conversation and education. The reason that I revel in the show that I do and work hard at it is because I enjoy it, and part of the reason that I enjoy it is an education. It's my job, every day, to learn not just about the people and the issues, but to really own it.

So when I'm interviewing Javier Bardem yesterday about refugees in Western Sahara, it would be pretty easy for me to let him run with it. But if I want to do a critical interview and really understand where he's coming from and want to question him in any comprehensive or sophisticated way, I gotta know what I'm talking about. So I was here until 1:30 a.m. researching about the West Sahara.

What was the inspiration behind the 1982 video series in which there are Canadian celebrities discussing their memories of '82, aside from selling the book?

I can take almost no credit for that. That was a couple of people on my team going, "Hey, we have an idea! In the lead up to the book, we want to go and interview these people. Is that cool?" And I said, "That's fine." So I saw the videos like the day or two before they went up, but I had nothing to do with the production of them. Some of them were surprising and made me laugh, and some of them were humiliating, of course. Like all of them making fun of me for my eyeliner; all the people who are in the videos are friends of mine, so they went after them.

You're really active on Twitter and quite open about your views, specifically on Iran. What's Canada's relationship with Iran like today?

I think we have to make sure that our actions--something like cutting off all diplomatic relations--can sound like an attractive thing to do as a demonstration of disagreeing profoundly with the policies like the Ahmadinejad regime. But who and how is it helping, when there are Iranian-Canadians in prison, and when there are Iranian-Canadians here that could potentially need or use the resources of diplomatic resources. And even on the ground with cutting off diplomatic relations in Iran, so that you don't know exactly what is going on and can't carry on a conversation within the country could be troublesome. So those are the questions I would ask.

I'm always worried about generalizations that are made about Iranians, based on the actions or words of the Iranian regime. In replacing communists, Arabs have become the new enemy. Muslims. The word is loaded now; it's ridiculous. It's a religion. And I think the saddest part about all this is that almost every Iranian I've ever known is committed to those values that I'm very familiar with amongst Iranians--doing the right thing, being a good person, being a virtuous person, putting family first. Those are all things that I think Westerners would also agree with and admire. 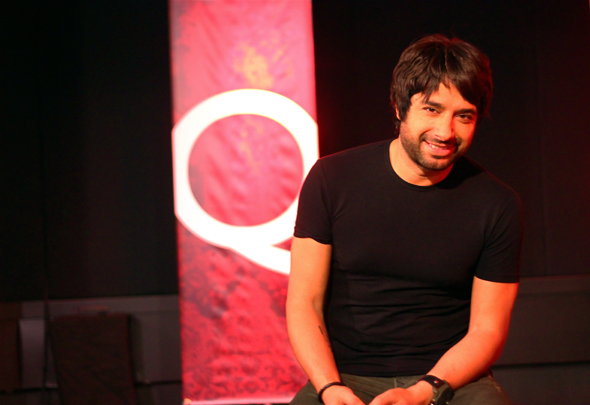 Finish this sentence: "Once I was the King of Spain..." Now I have retired that song.