Amaluna, the latest masterpiece to come from Cirque du Soleil, might not be perfect, but it's one hell of a treat.

The circus experience these days involves more extravagant combinations of drama, choreography, light and sound than ever before. And Amaluna, directed by Diane Paulus, reaches new heights for Cirque, capturing the imaginations of audiences in Toronto's Grand Chapiteau in the Port Lands. 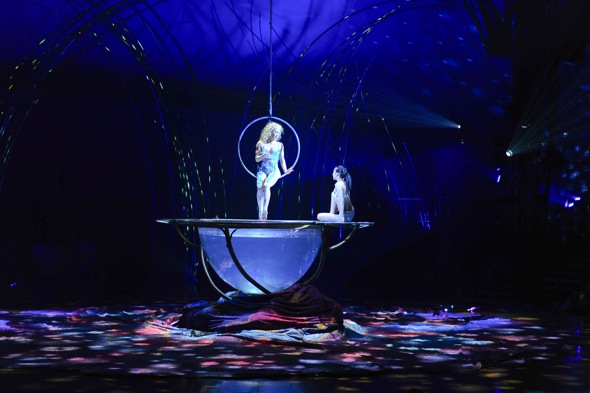 Amaluna features a cast composed of 70 per cent women, fuelling the Mother Moon narrative, which I found a little contrived:

It all takes place on a mysterious island governed by goddesses and guided by the cycles of the moon. Prospera, their queen, presides over her daughter Miranda's coming-of-age ritual that honours femininity, renewal, rebirth and balance. When a group of young men arrive on the island, one of them somehow becomes the brave suitor (Romeo) that's put through a bevy of trials before they're allowed to unite. 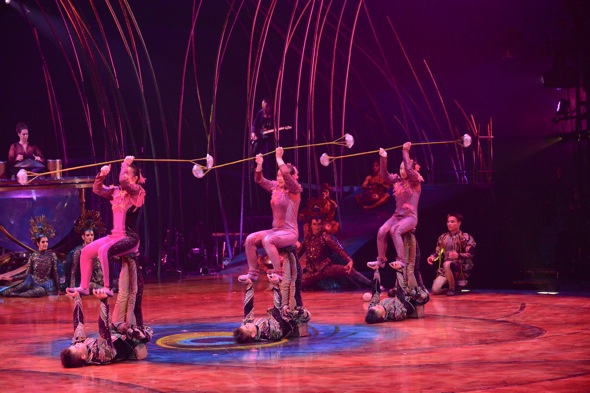 The moon was in its third quarter when I caught the Amaluna show on Sunday evening. Perhaps this is why something went a little off-kilter.

For the first time I've ever seen in a Cirque show, one of the performers fumbled on stage. It happened early on in the show, during the Icarian Games and Watermeteors act (where they spin glowing water-meteors, take off from platforms of upturned feet, tumble above the ring and then land — all in unison). One of them dropped her water-meteor and scrambled to pick it up.

It was like a figure-skater who falls early in her routine; I wasn't sure if it was a sign of things to come or a mistake that was easily overcome. While I've come to expect perfection in execution, it's completely forgivable to see one slip-up in a show as technically demanding as this. 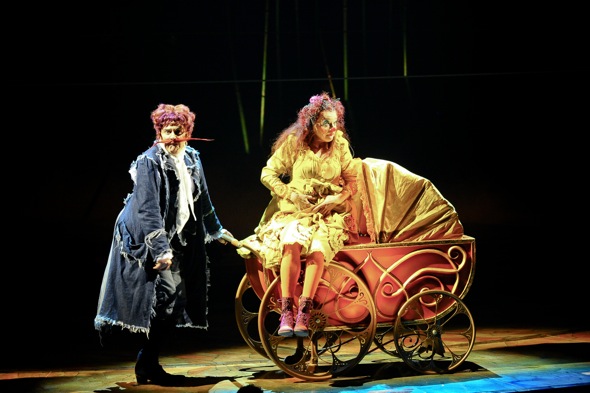 The show was typical Cirque otherwise. A couple of clowns, a pirate (purportedly a man servant) and his love-interest (Miranda's childhood nurse) provided comical relief in between acts of derring-do. While their act relies heavily on slapstick and physical comedy, it does have some ingenuity in its delivery — literally, when the two produce offspring that become bouncy playthings. 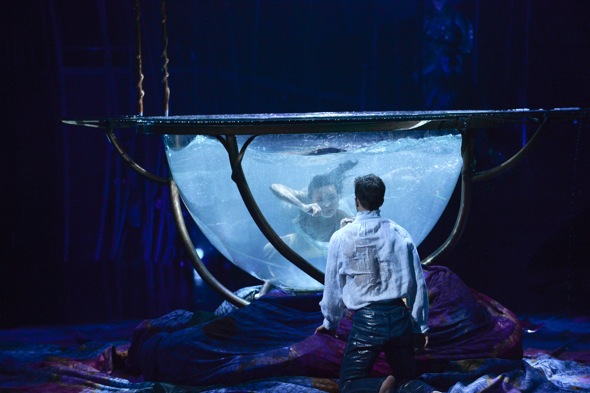 The water-bowl scene was the crown jewel in Amaluna's production, featuring a 7'3" diameter bowl in which Miranda (portrayed by Iuliia Mykhailova) and Romeo (Edouard Doye) courted and flirted with one another. This scene is worth the Amaluna admission price alone. 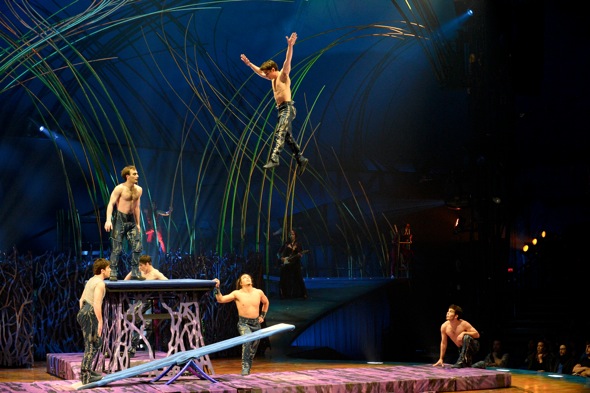 But there was so much more. Even the men of Amaluna got to play around on their teeterboard, another highlight for me. It was like watching the diving event at the Olympics; only they'd twist and contort in the air after launching each other from the seesaw. 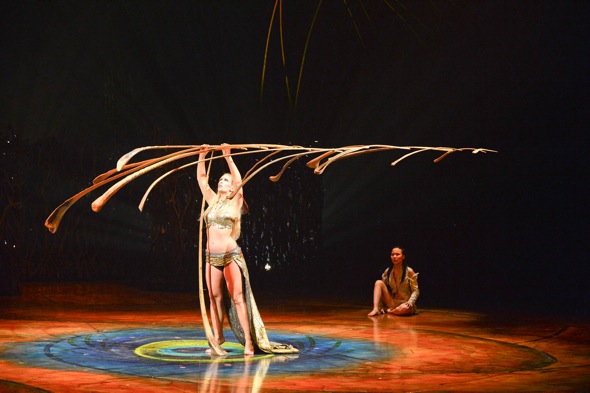 When the so-called Balance Goddess created a mobile by gingerly balancing thirteen palm leaf ribs upon one another, it got a standing ovation from the audience.

The music, performed entirely by women, was a little guitar-heavy at times. But I loved the cello and saxophone (both played by Prospera character) and it was nice to see the musicians sharing the main stage with the acrobats and other performers, not tucked away in a pit or at the back of the stage the whole show. And the guitarists, adorned with heels and long, flowing purple capes, reminded me of Prince.

The show's set design (by Scott Pask) was lavish without being overly so, and allowed for plenty of oblique angles from which to view the performers.

Amaluna costume designer MÃ©rÃ©dith Caron wove a thoughtful motif for this production that tied together all the elements, making one of the most cohesive and thoughtful Cirque du Soleil shows I've had the pleasure to see.