Rea McNamara's Sheroes series came to a close on Sunday with a final twelve-hour hurrah: Sheroes Virtual Season. The celebration began as a free-for-all party in the backlot of El Gordo Foods during Kensington Market's packed Pedestrian Sunday, then moved across Spadina to the Cecil Street Community Center for a night of highly conceptual programming.

Sheroes is an event series, which has, for the past year, covered one "League of Legendary Ladies" member per month, usually at The Beaver. Founder Rea McNamara describes the LoLL as "a constantly evolving group of female artists and performers who, throughout their careers, have pushed boundaries and persevered with goddess-like strength." 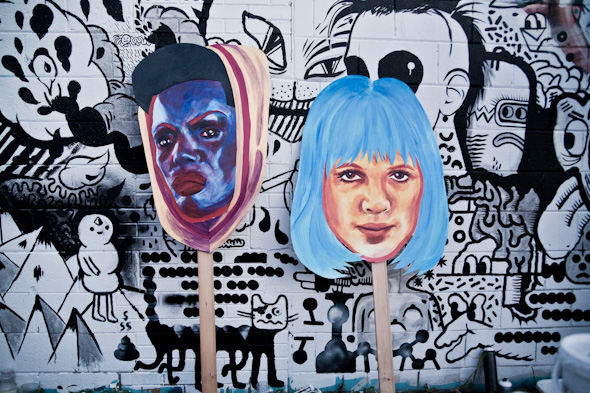 In just twelve months, Sheroes has paid tribute to artists like Yoko Ono, Madonna, Tina Turner, and Marianne Faithfull, and attracted fans and artists from all across Toronto's art scene. Packed line-ups have featured genre-crossing performances by a wide array of local musicians and performance artists, as well as art installations, animated gif projections, and participatory set-ups such as nail art bars. 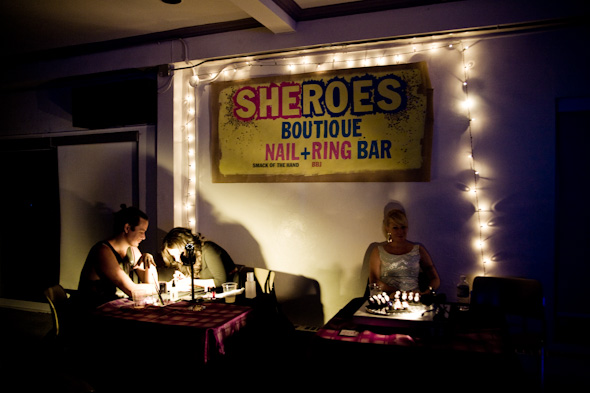 McNamara chatted with me briefly about the reasoning behind the termination of the series: "It was never intended to be a monthly [event] that would still be going a year or two or even three down the line. We were never interested in our audience becoming spectators. We are, however, considering when will be the appropriate time in which we can release the box set and announce our next reunion tour." McNamara assured me that for now, nail art appointments and hair treatments are at the top of her to-do list: "It takes a lot of work to do this salonnière business." 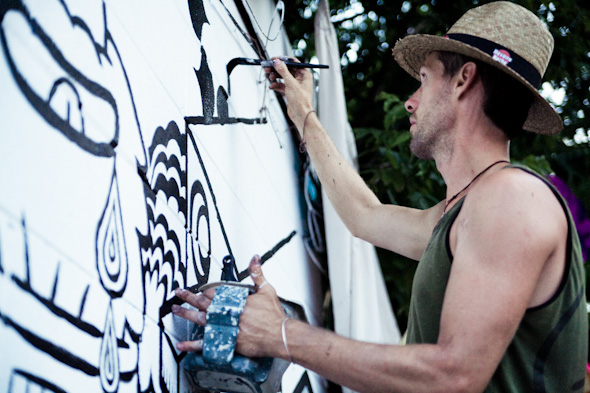 I popped in to catch the end of the day-time programming, where Montreal's En Masse were putting final touches on a huge black and white mural while Lido Pimienta, wrapped in neon orange construction fencing, kept the tired dancers moving between empty cans of Steam Whistle. Kirsten McCrea's boldly coloured pop portraits of Legendary Ladies were being taken down from around the stage as the promoters got ready to move the show indoors. 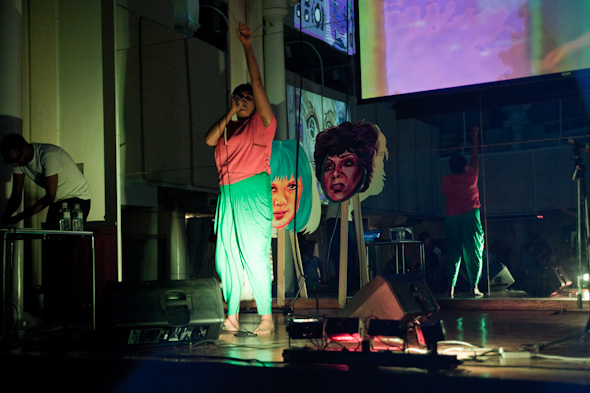 An hour later at Cecil Street Community Center, the animations stole the show: almost a dozen projectors beamed Sheroes' trademark animated gifs, inspired by the icons of McNamara's League of Legendary Ladies, and made for the event by artists all over the world. Images of Chaka Khan, Joni Mitchell, Etta James and Erykah Badu danced on every surface - including the ceilings. Haunting faces slipped in and out of view on a white arch, while high above me, a mass of lambs teemed around Dolly Parton. The gifs were intriguing and often cheeky, and the presentation couldn't have been better. 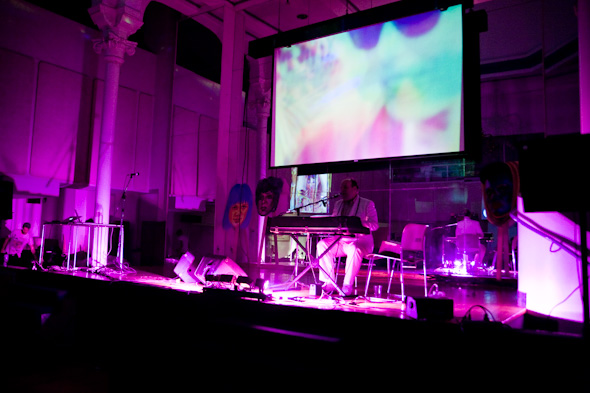 Out of a long line-up of programming that night, I was able to catch Marker Starling's set (aka Chris Cummings, the artist formerly known as Mantler), which included covers of Sheroes stars Nina Simone, Yoko Ono, Madonna and Grace Jones. Behind Cummings and his wurlitzer piano, Infinity Dose projected emotionally rich digitized images, in super saturation, of each artist Marker Starling covered. 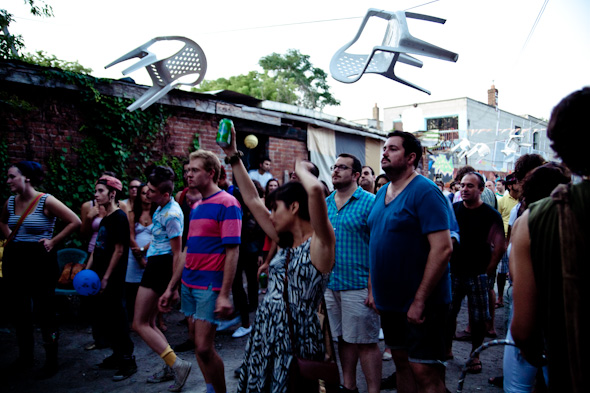 As Cummings sang in his sweet-sad style, I looked around the room and watched the gifs flicker and loop over the audience - and the nail art bar. The effect was ultra dreamy, and one of a kind.

In a melancholy moment, Cummings introduced his last song, a Joni Mitchell cover, saying that Mitchell wrote the song about the ravages of aging and that she "got it right." [Listen to a recording track here, via Mechanical Forest Sound] Here's hoping Marker Starling lives forever, and that McNamara doesn't stop shaking things up in post-Sheroes Toronto.