Occupy Toronto lives on at pop-up exhibit in Parkdale

The Occupy movement may have been forced out of St. James Park, but there's still a bastion left at a pop-up exhibit in Parkdale. Curators Elise Hodson and Taliaferro Jones have assembled works from local artists that build on the messages of the Occcupy protesters, while fully exploring the possibilities behind the idea of an "occupation."

The Occupy movement was frequently accused of being too broad in scope, but Pre-Occupied clearly takes this criticism in stride. Seeking to unify divisions in the art world between craft, design, and "higher art," as well as encourage discussions of globalization and our relationship to constructed objects, fully understanding the breadth of PreOccupied's intentions requires a careful reading of the curatorial statements that line the walls. 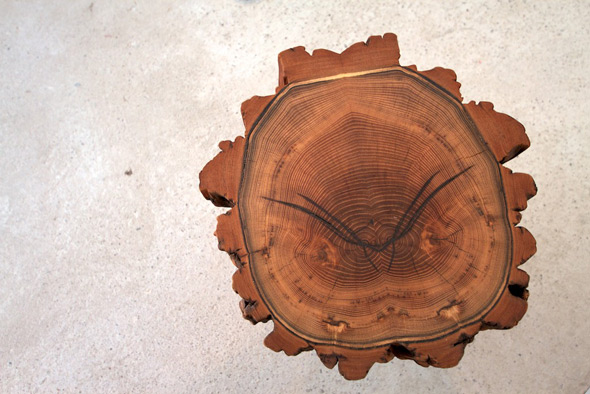 But while the works interpret "occupation" in a variety of ways, PreOccupied ultimately comes down to its space. As Jones explains, "I want to contain it all. There's no real separation between the 99%, between the 1%. We all have to play in the same sandbox." And as she previously owned a successful gallery on Dufferin Street while also working as an artist, Jones knows what it's like to be on both sides of the divide. Anticipating any criticism, Jones admits that "I'm aware of the irony of having this space next to my house." 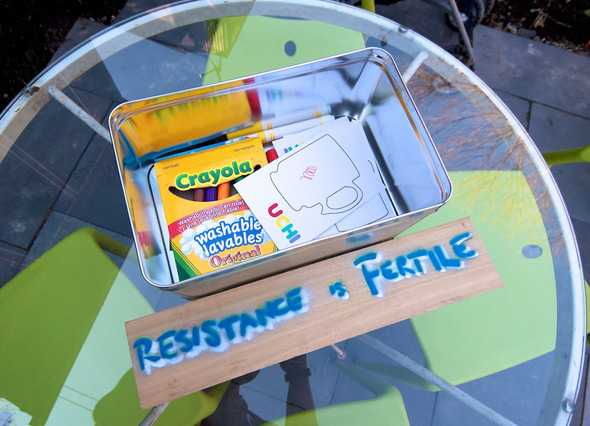 PreOccupied's "sandbox" is just as crucial as St. James and Zuccotti were to the success of the Occupy movement. Nestled in the garage behind Jones' property near Queen and Landsdowne, the gallery has far more direct ties to the community, than say, a large gallery like the AGO. Jones was able to draw on her contacts from the Toronto art scene, as well as from local sponsors, to ensure that PreOccupied's vision of a global community within a local neighbourhood was successfully mounted. 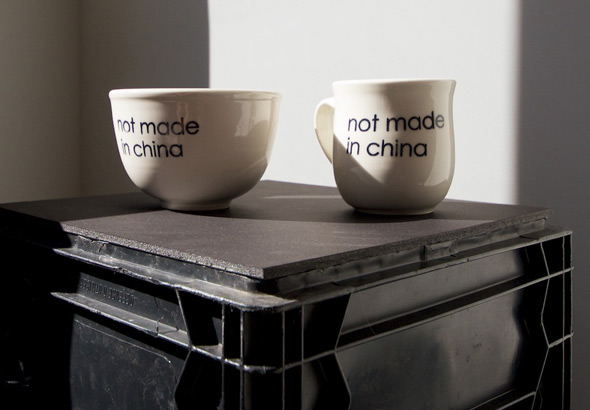 Likewise, Jones is somewhat wary about the ultimate influence of social media over public policy, as she again stresses the importance of actual "occupation." "Social media happens in the mind [but] we need people standing side by side taking up physical space...what do we do to stay engaged, to stay occupied? Sometimes we just need a little space."

Ultimately, Jones hopes to contribute to a more positive discussion of global issues, using the democratic approach that came to define the Occupy movement. "Whatever someone from the street takes away from it, it's great!" It's therefore no surprise that the exhibit's defining statements draw from two uplifting phrases from the movement: "Resistance is fertile" and "It's not a protest, it's a process." PreOccupied, therefore, is more about what emerges from the dialogue than the concerns that initially started it. 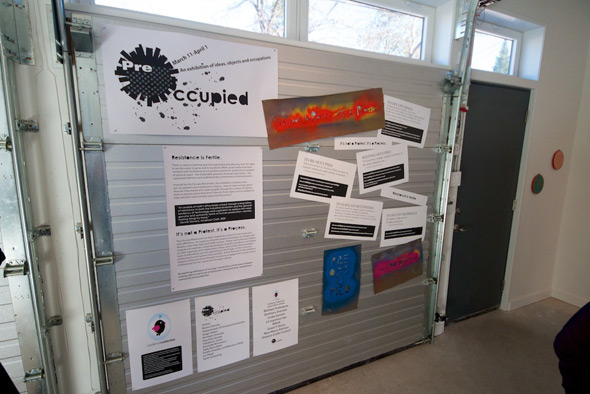 In terms of the actual work, Amanda McCavour's "thread drawing" is by far the most striking piece. Unifying the exhibit's themes of spatial awareness and personal craftsmanship, McCavour has created an entire dining room set out of meticulously woven and suspended thread. Also notable is the series of cups that line the north wall of the gallery. Hugo Didier's handcrafted mugs, which proclaim themselves "Made in China," are positioned alongside a collection of Japanese mass-made coffee cups from the 1960's. As Jones explains it, this strange relationship between object and spatial distance is crucial to raising our awareness of global issues: "Half the world is having it over tea, and half the world is having it over coffee, but we're all trying to have a conversation." 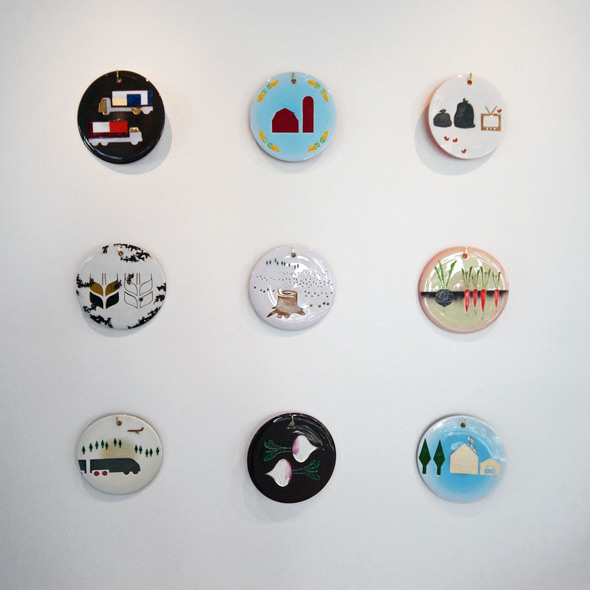 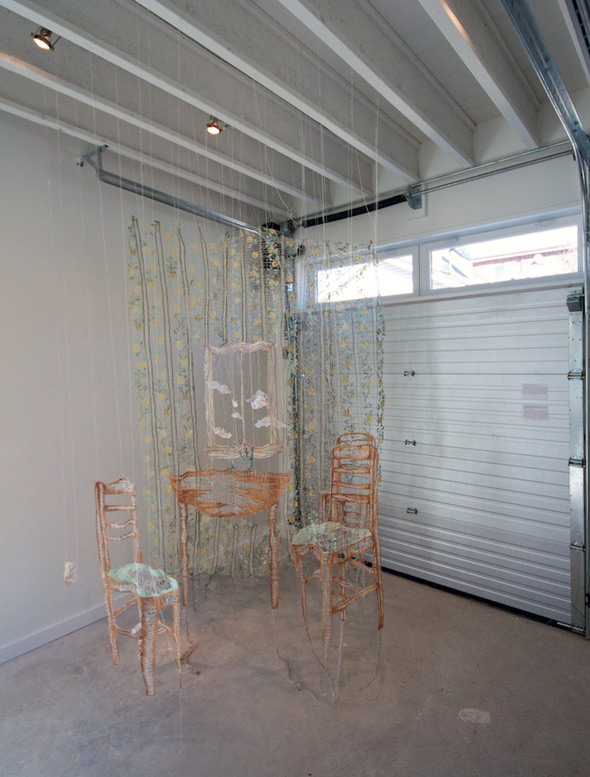