Toronto Halloween parties create the illusion that bunnies are keen on sporting miniskirts and thick waterproof mascara, and that dressing up as a politician might actually be a clever idea. These are falsehoods. Despite the inevitable hoards of scantily-clads wearing animal ears and not-so-subtle political posturing, Halloween is one of those few times a year when people can come together in the interests of mirth, menace, and debauchery. There is certainly no shortage of parties in Toronto for Halloween 2011 (despite it landing on a Monday) and this list highlights just a few of the top picks.

Night of the Dread
Night of the Dread at Dufferin Grove is back--this time, with a topical, anti-corporate twist. That's right, a group of occupy-happy politicos are planning to show up to Night of the Dread dressed as corporate zombies! Eating cash flow and equity instead of brains and whatnot! Or something. The event is PWYC (with a $10 suggested donation), and the dress code, as always, is black and white and dreadful

Burroughes Haunted Mansion
The terror expected here at the Burroughes will, for once, not be price-tag related. LIke last year, this year's party at the Burroughes is expected to be a big hit, with Rob Friday
Rouge, and Feddy Haze among the DJ lineup. Tickets for the October 29 event are $25 with early purchase.

Liberty Halloween
The party at the Liberty Grand is always a huge, huge event (4,000+) so don't be surprised if you aren't the only one with the idea to show up as the chubby kid from Modern Family. Starting at 9 p.m., the October 28 event features a DJ lineup and VIP booths, to be had for $25 at the early bird rate.

Spooked
Suma and breakandenter have paired up for the third year running to put together a rave-worthy lineup for their Halloween rave. Redundancies aside, the event will be held October 29 at Polish Combatants' Hall with Alex Smoke, Martin Fazekas, Spyne and more all on the roster. Tickets start at $20.

Get Your Freak On
Despite the lack of spooky terminology in its event title, Supermarket has seen great success with its 9th annual Halloween event. This year's party is being held on the 29th; costumes are mandatory and the cost is $10 before 11 pm. Be forewarned: there is no guest list, meaning you might see a few sad, shout out pandas wandering aimlessly around Kensington Market.

Rocky Horror Picture Show
Since the Bloor Cinema is under construction this year, sweet transvestites will have to saunter on over to the Lower Ossington Theatre to yell profanities at Susan Sarandon and make lewd public gestures. The theatre is hosting a Halloween night screening at 8 p.m., though the "sing-along" is slated for October 27. The Toronto Underground Cinema is also getting in on the fun with screenings on the 28th, 29th and 31st. 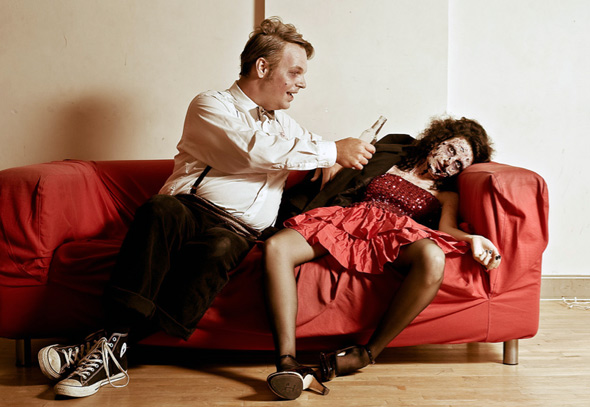 Jubilee Halloween Cruise
A perfect excuse to pull out that old sailor costume or, at the very least, wear nautical-themed pants. Jubilee is hosting two Halloween-themed cruises, set to depart on Friday Oct. 28 and Saturday Oct. 29. Costumes are optional though there is a prize for best-dressed, and your $38 ticket includes finger foods and snacks.

Murder at Twilight
Any murder mystery must be infinitely improved when set in the walls of Casa Loma, and this year's Murder at Twilight: A vampire murder mystery promises to be nothing but a "spooktacular" event. I can already hear the ghosts Toronto's tax assessors already. The $129 early bird ticket includes dinner, mystery, and a self-guided tour, and prizes will be awarded for those with the best costumes.

Scary Storys
Poor spelling can be excused for this event, which is actually being held at the new Storys building at Duncan north of King. Each of the three floors has its own DJ and theme, starting with the vampire/dracula floor, the cemetery floor, and the zombie mummy floor, which I previously thought were all pretty much the same thing. Tickets are $40 or $50 at the door on October 29.

Science Centre Star Party
While the scariest thing about the Science Centre is arguably its aging machine,the OSC is hosting a special "Star Party" with telescopes, demonstrations, and music, free for all to attend. The event starts at 7:30 p.m. on October 29, which is, coincidentally, early enough to head to a non-geek party afterwards.

The Haunted Mansion at the Grave Hall
This Grave Hall event is being held at The Great Hall (ha..see what they did there?!) on October 29. With an expected guest list of 800+ and a Daft Punk Tribute Band, this party will be anything but a quiet, intimate affair. Tickets are $35 the night starts at 10 p.m.

Scared Stupid
This Forgetus Collective party will boast, among other things, a "glory hole with real wet orifice," which may or may not be a joke. Slightly less scary perks to be had with the $5 cover include horror flicks, candy and beer, a fog machine, and make-your-own tombstone tools. Costumes, of course (there are prizes to be had), and starts at 8p.m. on October 29.

Promise Warehouse Halloween
Promise Warehouse Halloween has an awesome lineup of music, art, and lighting this year that includes Rachel Sehl, Jokers of the Scene, and alienInFlux. The party this year has expanded to include an additional room in the Pia Bouman Ballet School on Noble, meaning more space and less unintentional body-chafing. Tickets for the October 29 event are $20 or $30 depending on when you buy. 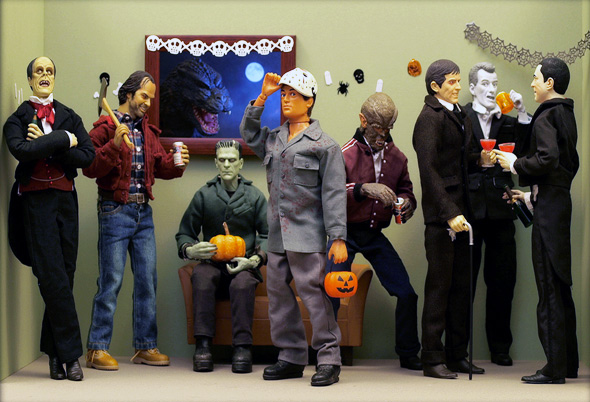 SOMETHING A LITTLE DIFFERENT

Haunted Harem Burlesque
At least this is one party where you don't have to pretend to weren't trying to find the most revealing costume possible. Admission runs cheap [insert joke here] at just $5 for cover, and includes prizes for best costumes in attendance. Saturday October 29 at the Bovine Sex Club starting at 9 p.m.

Halloween Block Party
With proceeds going to the construction of a new operating room, the Toronto Humane Society is hosting a two-day Halloween-themed event at its facility of River Street. The party will be held from noon to five on the Saturday and Sunday before Halloween, with food, live bands, circus performers, prizes, and likely way too many people dressed up as kitties. At this party, at least, it sort of makes sense.

Wavelength Halloween
October 29 is the screening of "Surrender to the Passion," an hour-long documentary about Montreal-born Corpusse, followed by a live performance. The event will be held at Cinecycle on Spadina, followed by "spooky disco" and "horror boogie." Tickets are $15 in advance.

"When I Grow Up" Halloween Party
Remember those orange UNICEF boxes you use to tote around while trick-or-treating? This is the grown-up version. Redseven is hosting the first annual "When I Grow Up" party to raise funds for UNICEF at Revival on Friday September 28. The early bird tickets are priced at $50, and for an open bar, DJ lineup, candy, prizes, and the fuzzy feeling of making a difference, it's probably a good way to spend your Halloween-allocated dough. Though I had you at open bar, didn't I?

For more Halloween party ideas keep an eye on our events section which is also available in the blogTO iPhone app.