One of Toronto's coolest map projects has expanded significantly over the last few months. When last we checked in on Dave Murray's Toronto neighbourhood word clouds, he had charted Ossington, Kensington Market, West Queen West and Parkdale. That was a good start, to be sure. But I suspect it's tough to sell these things to people who don't live in one of the featured neighbourhoods, so the expectation was that eventually the project would expand to other areas of the city.

Still, I have to say that I was surprised to learn just how many more neighbourhoods are now on offer. Murrary has expanded his cartographic reach to include the Annex, Leslieville, the Beach (no "es" included), Grange Park and Baldwin Village. That's pretty Impressive, especially considering how much work goes into each one.

You'll recall from our earlier post that the process by which these maps are created involves on-foot surveys of each neighbourhood during which Murray records all the words that he sees. Once he's collected this "data," he transforms it into spatially oriented word clouds, which place greater visual emphasis on the names/text that appears more frequently. As was the case with his first set of maps, it's fascinating to imagine the specific stretches of street represented by the various words. Sometimes the buildings are obvious (i.e. the AGO), while others require a bit more reflection. 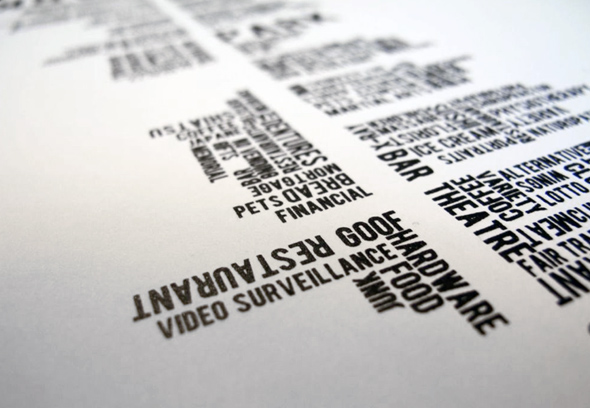 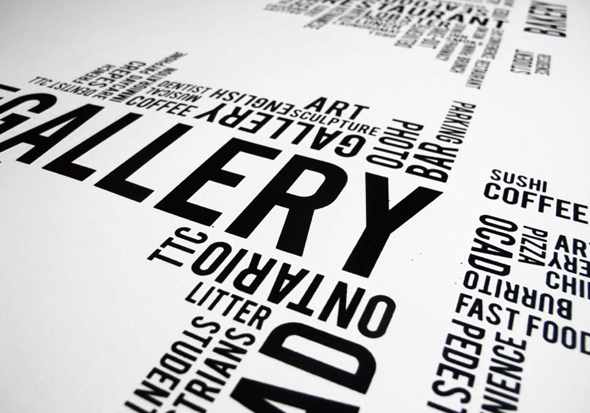 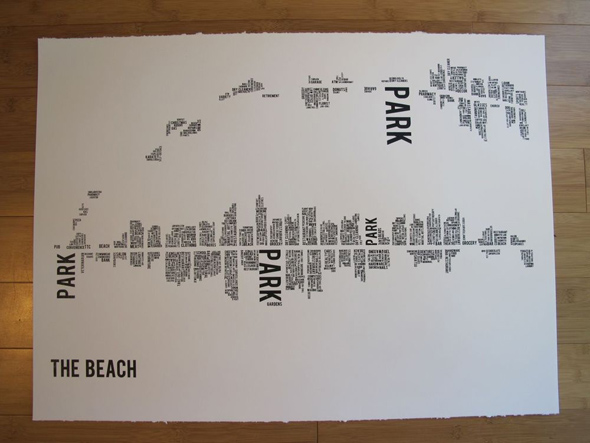 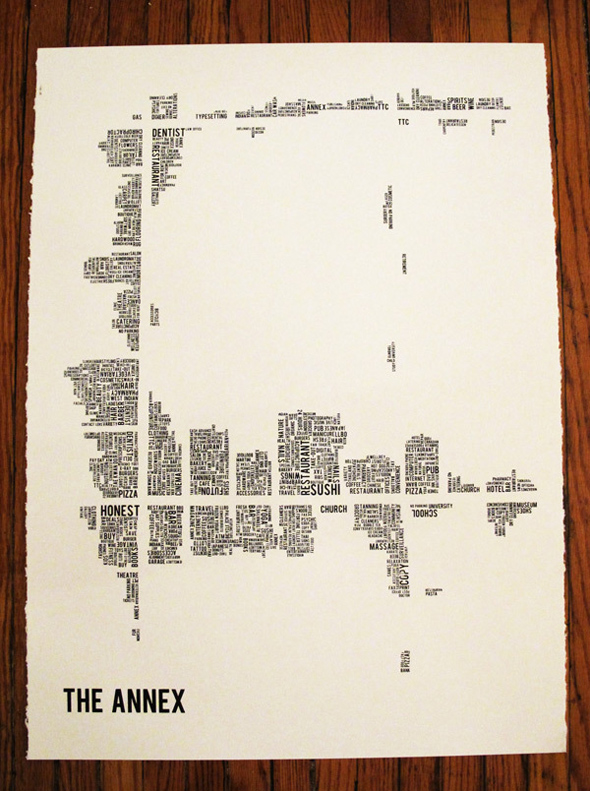