For a modest show in a tiny gallery, "Prisoners" has garnered a lot of attention. It's no surprise, since the story of the G20—described by the exhibition's accompanying text as "Canada's largest mass arrest"— has captivated Torontonians of all stripes, and the related portraits are sure to recall the controversy surrounding the protests that weekend. 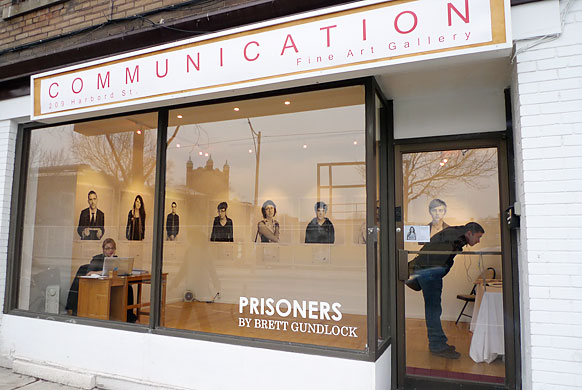 Photographed by National Post photographer Brett Gundlock, the exhibition is modest, consisting of only 10 black-and-white portraits, and seems almost stifled in the small space that Communication Gallery calls home. But the photographs themselves are affecting, at first glance. Running the gamut from pleading, empathetic gazes to steely stares of resolve, the subjects' eyes almost invariably meet Gundlock's lens head-on. It's a classical form of portraiture, used throughout the history of photography to connote objectivity and the idea of letting the subject speak for him or herself.

"As journalists, we tell the world what's going on in the world and the moment I had my hands cuffed I wasn't able to do that," said Gundlock in a recent interview with Catherine McDonald. "The stories I was hearing, they needed to be out there, the public needed to hear them, and my hands were tied, literally." 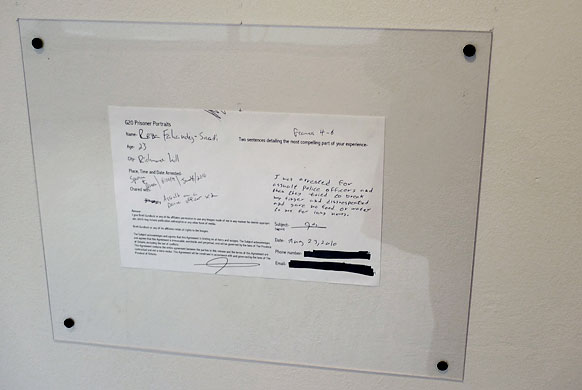 Each subject has an "everyman" look—some even seem to resemble people I know, though this may be my mind playing tricks on me. Regardless, the cumulative effect is thought-provoking, and reminds me of what I already know: many different kinds of people were implicated in the demonstrations. While some appear to fit the visual stereotype associated with activists, it seems like many were bystanders. The information panels provided beneath each portrait, corroborate this. 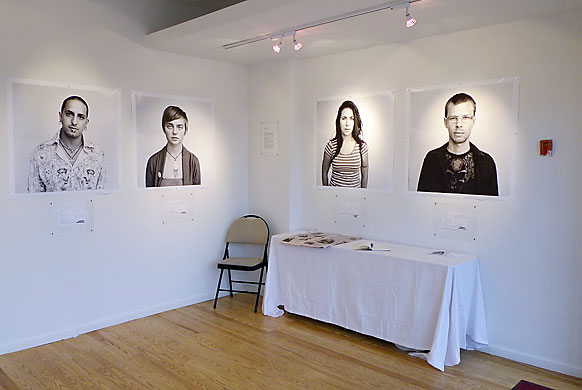 There's an off-the-cuff feel to the information panels, probably symptomatic of the hurried shooting, which was done on the day of the court appearances. Listing the subject's name, age, time and location of arrest, and charges laid, the panels also include subjects' responses to an open-ended question about their experiences from the day. These are the core story that Gundlock is so compelled to tell: "Shot (in the sternum and the elbow) with rubber bullets while leaving a demonstration," and "A police officer said to me: 'I don't know why we let people like you immigrate into our country,'" are typical examples. While these are familiar stories for anyone whose friends or relatives were detained, they bear repeating in this context. 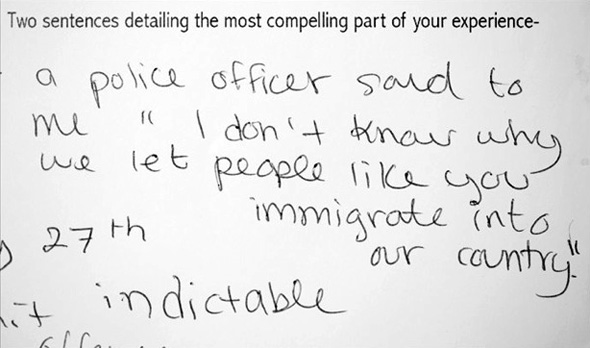 The stories actually overshadow the strength of the portraits, in a sense, though they simultaneously galvanize the overall purpose of the exhibition: to act as "the people's record" of the aftermath of the G20 summits in Toronto. I'm not sure the group of portraits actually "delves into the impact of the arrests," (as asserted by the artist's statement), but the exhibition succeeds in using photography's documentary strengths to provide a record of the faces of those who were arrested — a group who could all too easily slip into anonymity as the events of that weekend fade from our collective memory. 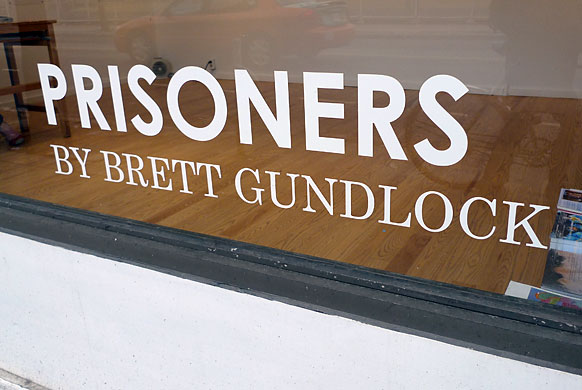