Before heading to the Rue Morgue Black 100 party, I stopped by Show & Tell Gallery for a couple of 99 cent Amsterdam beers, free cupcakes and to mingle with other blogTO contributors and readers, photo enthusiasts and art lovers in Toronto. 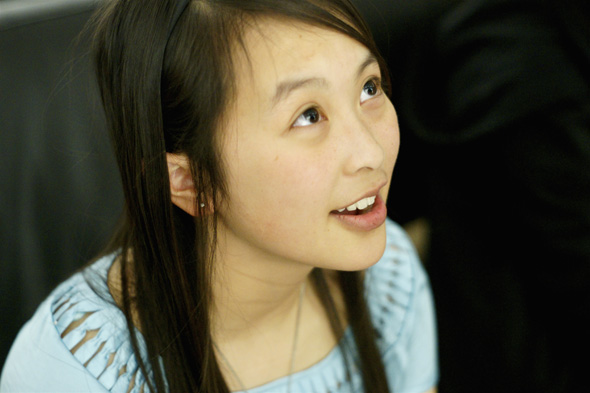 Jennifer Tse (above) and Jonathan Castellino (below) were among the blogTO contributors on the scene. 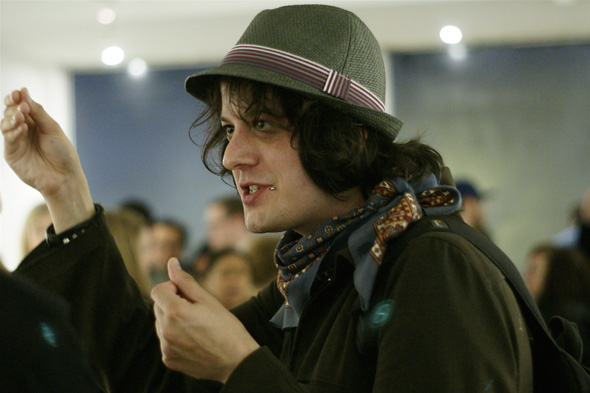 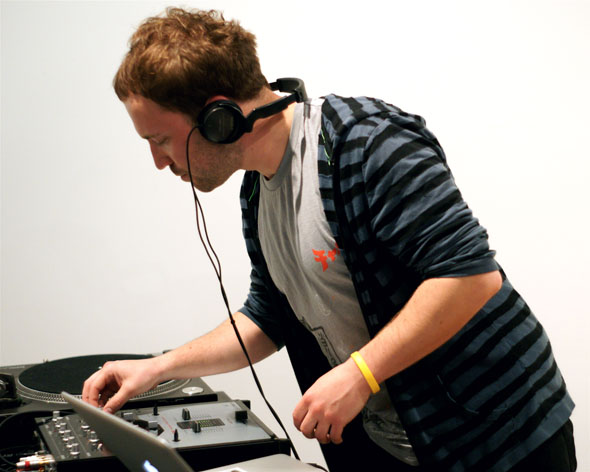 Ex-blogTO music writer Gary Peter (above) provided some phat beats alongside DJ Professor Fingers in the mask (below). 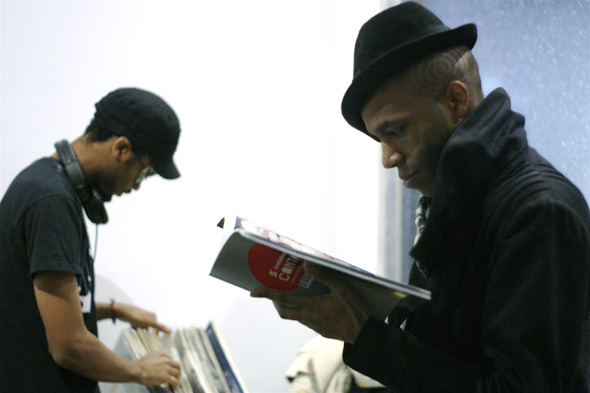 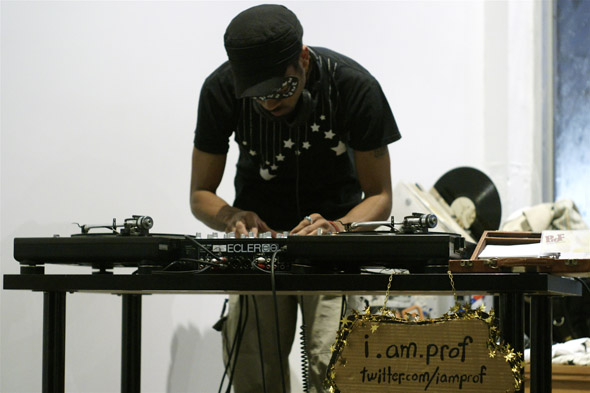 I was surprised how busy the gallery got so early on a Friday night, considering the downpour that hit shortly before 8 p.m. Perhaps those who came early didn't want to venture out in the rain. Or maybe they were just enjoying the 99 cent art and the 99 cent beer. 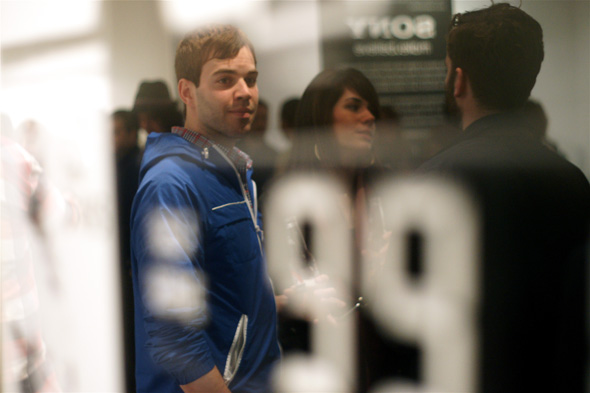 Cupcakes from The Designer Cookie provided the sugar rush. 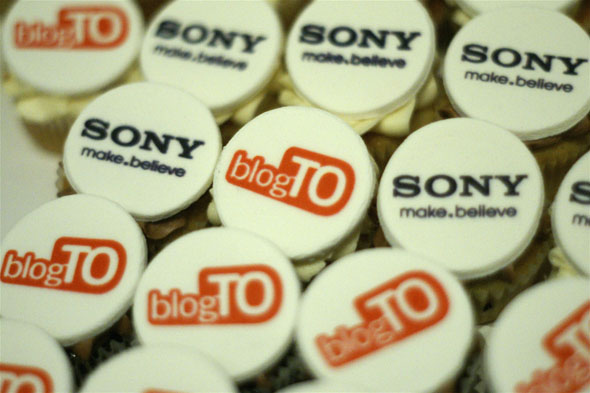 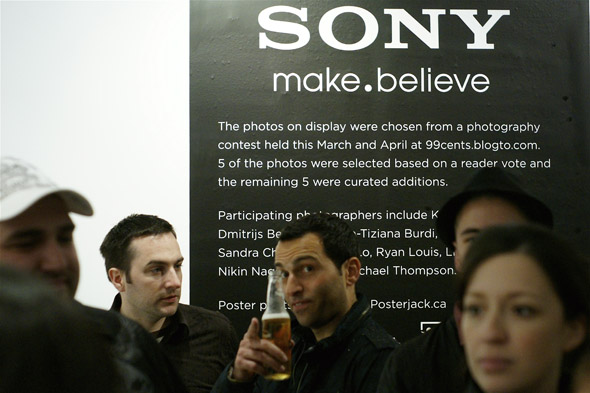 Posterjack.ca printed all the 24" x 36" photos which were sold for just $49.99 ($99.99 framed), with proceeds going to charities selected by the participating photographers. 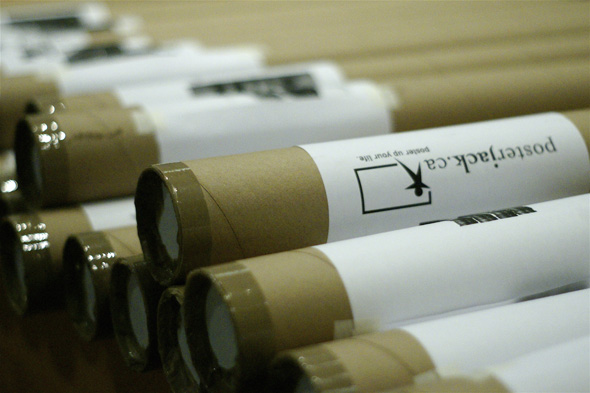 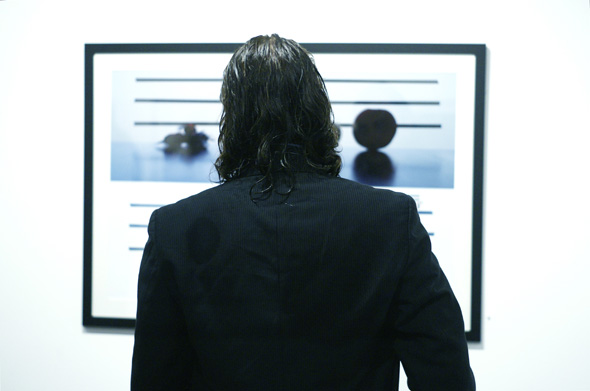 It was good to see in attendance the subject of my favourite photo of the show, by 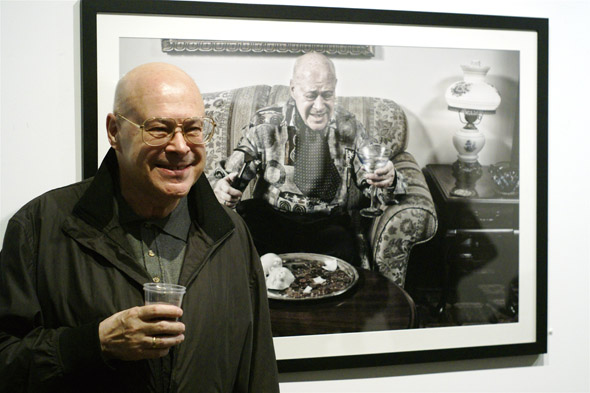 Dmitrijs Belokons. If you missed the opening, you can still see the exhibit until next Sunday, May 16.