There are no swords or guns. No challenges to duels and little name-calling. The weapons, er, tools were quite innocuous, in fact. You have paintbrushes, a spatula and a lot of acrylic paint. And in one case, a plush toy dog and a ninja turtle. And in the end, a chainsaw did make an appearance. 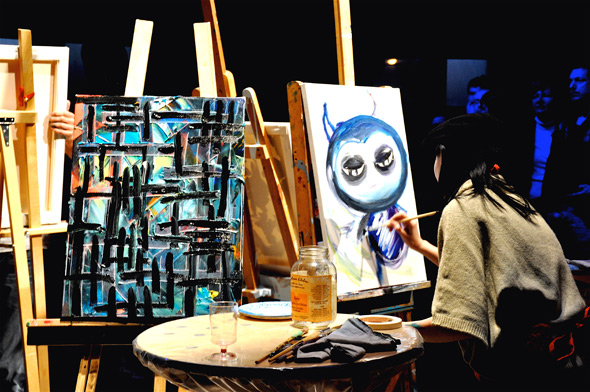 Only beginning last September, the joyous evening of anybody-can-create-art has bloomed in Toronto. Now in its fifth installment, the rules continue to be malleable, the crowds swell and the battle participants grow. For the first time, Art Battle 5 saw four instead of two randomly selected audience members battle in the first two rounds. (And yes, this involved the clichĂŠd hat draw.) While a DJ spins and the audience looks on with drinks perched in hand, the selected painters, using their own or supplied brushes have 20 minutes to enliven a blank canvas, er, make a piece of art. 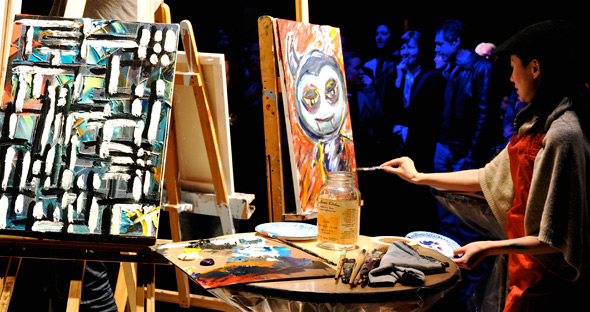 In the first round, four painters took to the easels. With a variety of styles and techniques, colours were splashed on canvas, sometimes haphazardly. After 20 minutes were up, with a suitable crowd-involved countdown, the painters put down their tools. And the audience moved in. Each audience member gets a vote for each round and places their pick in a box placed in front of the art. After the voting was complete, artist Milana took the win with 35 votes. The piece, which had straight white lines over a brightly-covered backdrop, was silent auctioned off for $50. 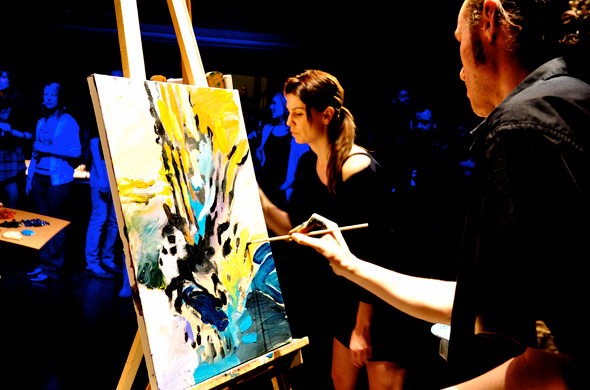 The second round saw another four amateur, yet competitive painters wielding brushes. With some artists drawing characters, others went for the abstract. Such was the case for the round's winner, Alex Christiani, who was deemed the winner with 60 votes. His piece, similar to Milana in that it didn't have a character, was a colourful abstract. Christiani's work was later auctioned off for $105, 75% of which goes to the artist. 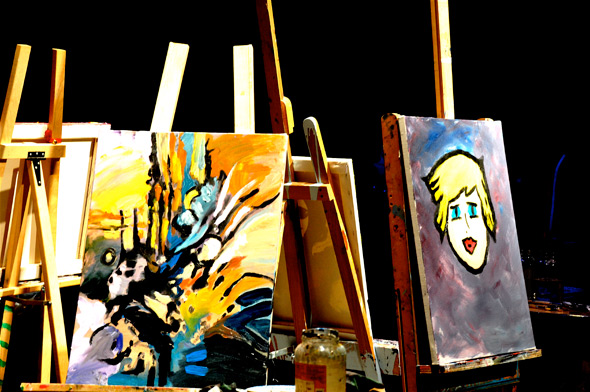 The third battle is reserved for the quote-unquote pros. With a blossoming crowd, the title match was between contemporary abstractionist, Anna Pantchev and Bryan Belanger, an organic painter not afraid of colour. They took drastically different approaches to their boards: Pantchev went with a pink geometrical piece, while Belanger, equipped with lots of blues and greens, manufactured a solemn-looking woman. After the crowd took to the ballot boxes, in a two-point difference, Belanger was deemed the winner and his piece was live auctioned for $60. 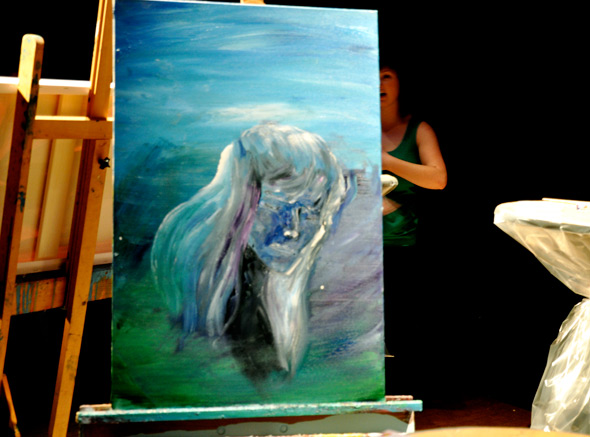 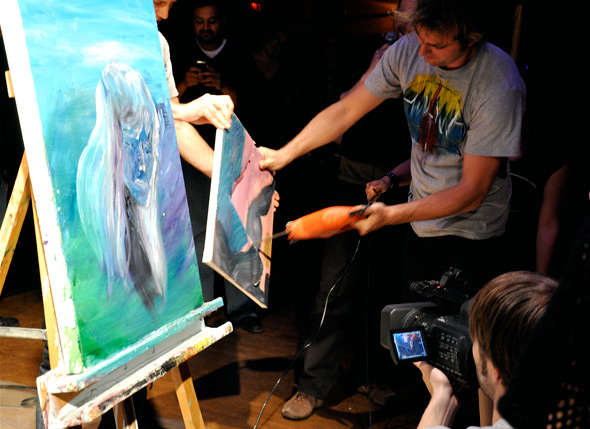 The next Art Battle, which will include live nude models from The Keyhole Sessions, is May 18 at The Great Hall. 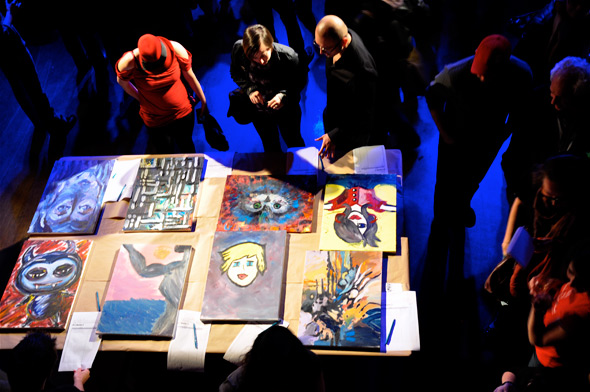