The 2010 CONTACT photography festival kicks off May 1 and runs to May 31, marking Toronto's first real month of spring with its pervasive influence. And pervasive it is: CONTACT is the largest photography event in the world (yes, the world), boasting over 1000 artists hailing from Canada and beyond. Their work is being shown at over 200 venues across the Greater Toronto Area in both typical spaces like galleries and museums and unexpected places ranging from Pearson International Airport to Caplansky's Deli.

The goal of CONTACT is simple: to celebrate and foster an appreciation of the art and profession of photography. This mandate is responsible for the sheer breadth of the fest; in addition to photography exhibits, there are also artist talks, opportunities for photographers to have their portfolios reviewed by photography professionals, events like photography workshops and screenings of photography-related films on subjects like Annie Leibovitz, Helmut Newton, Ansel Adams and, most importantly, Marshall McLuhan.

The pervasive physical presence of the festival ties in perfectly with this year's festival theme, "Pervasive Influence," which is inspired in part by McLuhan's theories on media and culture.

You'd have to have your head buried in 18th century sand not to notice the profound influence of technology in today's world: between the Internet, television and print media, we are bombarded with images at a rapid-fire pace that's difficult to keep up with. Photography is a huge part of our 21st century image saturation: without the camera, there would be no pictures. Without technology, pictures wouldn't be as widely disseminated, infiltrating our daily lives, as commonly as the air we breathe.

What could be more appropriate, then, than a festival theme focusing on the relationship between technology and photography, begging questions about the power of images at a time when technology makes them so ubiquitous. Are we still moved by photos even though they're everywhere? Do they still influence human behaviour? Are we still touched by them? 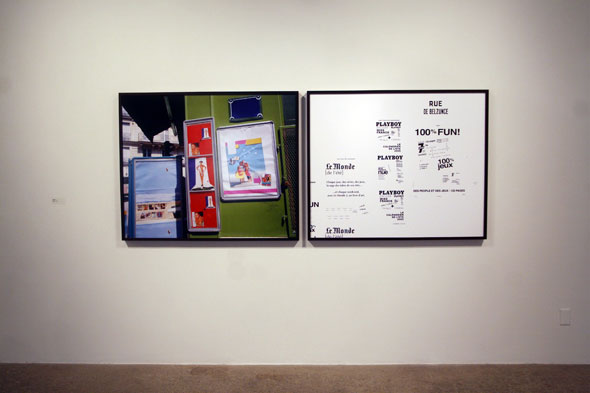 CONTACT 2010 considers these issues, making us question the ways photography informs and transforms human behaviour in today's day and age. Are we still in love with the illusions of (elusive) fantasy the image presents, perhaps more in love with it than our own realities?

These are the most appropriate questions to ask in the digital age of 2010, made even more relevant because they are being posed in the year of the 30th anniversary of McLuhan's death. McLuhan is the influential godfather of such issues, his life's work dedicated to researching the nature of communication, media and technology and how culture influences the humans who create it. His thoughts that photographs are "brothel[s] without walls" and "dreams that money can buy" which [can] be "hugged and thumbed more easily than public prostitutes" are part of the impetus for CONTACT's theme and its corresponding questions about the fantastical allure of the world of images. 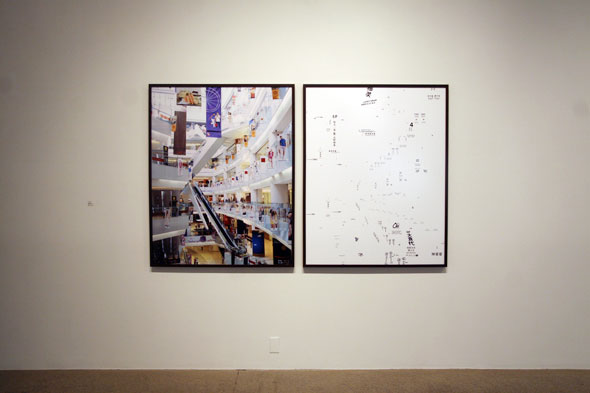 The lead MOCCA Exhibition, The Mechanical Bride, is one of the best examples of how the 2010 CONTACT theme is weaved into this year's photography exhibits. Named after McLuhan's 1951 book of the same name (which uses art criticism to analyze mass media and its effect on society), this exhibition displays photo-based works that dissect the connection between advertising and photography, painting and mass media.

The images presented make us reflect, McLuhan style. Jaqueline Hassink's "Toyota girl 1", for example, highlights the cool whites of a Frankfurt car show, showing us that the diffidence of the photo's model can spark feelings of consumer desire. Careful art direction goes into an image like this, which reads like an advertisement. The connection between art criticism and advertising is clearly made. 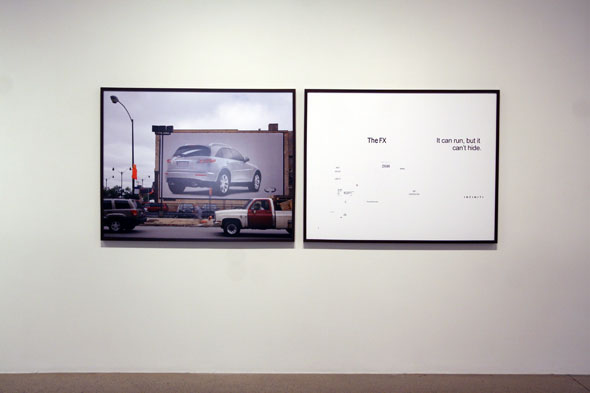 There is much more to the festival, though, than this lead exhibition. CONTACT's mission to celebrate photography extends to a celebration of all photographers, both known and unknown. Hence the organizers' commitment to giving all artists a chance to participate by responding to an open call for exhibitions. Torontonians get the benefit; we are given the opportunity to see both professional photographers' works as well as those who ordinarily show their equally valuable art on a less publicized scale.

These "Open Exhibitions" are sprinkled throughout the city in various spaces. The Junction is a good example of CONTACT's diversity in terms of venues; it's chock full of exhibits resulting from the open call showing in spots as disparate as The Hair Lounge, Pandemonium Books and Delight Fair Trade Organic Chocolate. A whole host of galleries are also showing Open Exhibitions, including usual suspects like Gallery 44, galleryDK, Meta, Cream Tangerine, the AGO and the ROM, to name just a few.

There are also three other types of exhibitions to sink your teeth into at CONTACT: Public Installations, Featured Exhibitions and Primary Exhibitions. 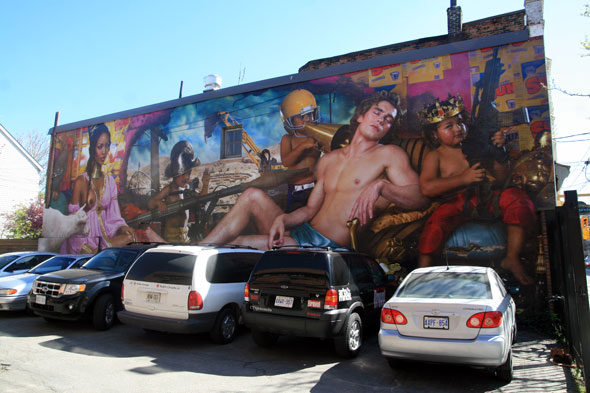 Public Installations are focused on deconstructing consumerism and the coercive visual language used in advertising and marketing. These installations abound in the MOCCA courtyard, the AGO, and more corporate locations like Pearson International Airport and Bay Street's Brookfield Place. Also look for public installations waxing poetic about consumerist propaganda in various TTC subway stations and billboards at Spadina and Front streets.

Featured Exhibitions specifically explore the festival theme of "Pervasive Influence" (see the works at Angell Gallery, Clark & Faria, The Department and the CONTACT Gallery for examples), while Primary Exhibitions "consider the ways in which photography informs and transforms human behaviour". In addition to "The Mechanical Bride" at MOCCA, the McLuhan Program of Culture and Technology at the University of Toronto and the University of Toronto Art Centre both house Primary Exhibitions this month. 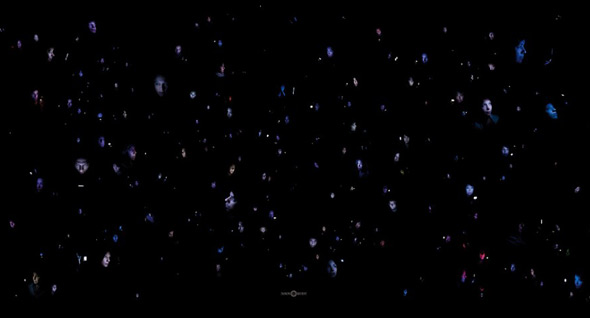 Below are some of the exhibits I most look forward to hitting over the course of May 2010:

This work, reminiscent of stained glass, takes over Brookfield Place's Allen Lambert Galleria and its 18-meter-high windowed entrance, turning it into a portrait of human faces lit only by the screens of their BlackBerrys and other portable electronic devices. Maybe it's my former job as a corporate Bay Street lawyer, but I love that someone is saying it loud and clear: humans are tied by electronic communication - and sometimes that's a dark way to live. McLuhan's theory of "tribal interdependence" as one outcome of living in an electronic age comes alive visually.

I'm a huge fan of Workman Arts, the organization responsible for helping to produce this outdoor street banner, which presents messages about mental health and addiction by artists who struggle with those issues on a daily basis. A provocative look at a taboo subject.

Like many girls (and boys), I've struggled with trying to morph my body to fit the ideal shown on the glossy pages of beauty magazines. Most of us consume these images, unaware of the way they've been enhanced to create something unattainable. McLuhan touched on the "collective social trauma" that comes with the (enhanced) beauty conveyed by photographs of ourselves in his text, Touch and Go Photography. The Skin You Love to Touch shows how self-improvement based on self-consumption of such unrealistic images has turned into a religion unto itself. The exhibit also presents images that counteract such ideas, realistic photos of beauty as antidotes to negative ideas.

Ah - the world of commercial advertising and its ability to influence us to make purchases we can't afford. This exhibit presents fictional landscapes of paradise, places that exist only in the imagination, highlighting the falsities of destination advertising and the concept that we can purchase our own personal escapes.

Photography is the perfect tool to challenge our preconceptions. This exhibition showcases Canadian women in the nude. Tastefully done and artfully portrayed, viewers of this exhibit are forced to guess each subject's station in life, sans clothing. Who's a lawyer? Who's a waitress? What defines a Canadian woman, anyways?

Creative adults often begin their careers as children with nothing but artistic twinkles in their eyes. Young photographers are given the limelight in this show, which displays the work of TDSB students from kindergarten to grade eight. Their works are environmentally themed and offer a fresh perspective outside of the adult worldview.

Because the festival is so massive, I also thought it best to ask Darcy Killeen, the Executive Director, for his top ten shows: 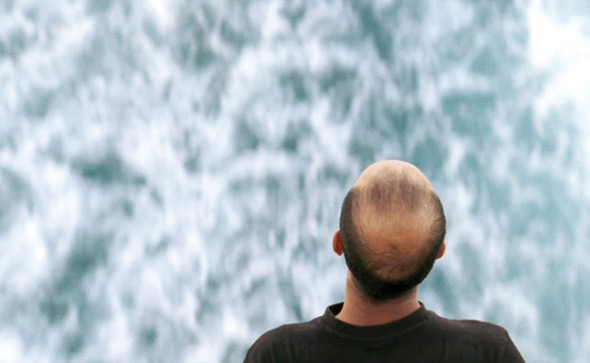 1. The Mechanical Bride -- MOCCA
2. The Brothel Without Walls -- University of Toronto Art Centre
3. Through the Vanishing Point -- The McLuhan Program in Culture and Technology, U of T
4. Le siècle des lumières -- Brookfield Place
5. Hermann & Audrey -- Baitshop
6. Exposures -- Barbara Probst at Jessica Bradley Art + Projects
7. The Elephant in the Room -- Brent Lewin at Engine Gallery
8. MiddleSea -- Zineb Sedira at Prefix
9. Taxi Project: Shoot with This -- Scotiabank, Main Banking Hall at Scotia Plaza
10 Untitled (It) -- Barbara Kruger at the AGO

And, of course, one can't forget blogTO's "99 Cents" exhibit at the always awesome Show & Tell. You can check out the winning photos from our competition and indulge in some 99 cent beer and other snacks!

Stay tuned for more coverage of the festival, including a photo of the day series and regular show reviews and recommendations.