Captivation and Cash Come Together with Bank on Art

The experience of taking money out of a bank machine is a decidedly perfunctory one. And sometimes, it's even a depressing one (particularly when I, for instance, look at my dwindling account balance). Hoping to change this, however, is a new project put together by Kelly McCray, co-director of the Edward Day Gallery.

The Bank on Art initiative is quite simple: by showcasing contemporary Canadian art on an ATM screen before and after each transaction, users of the machine have a little bit of art inserted into their daily routine and the featured artists consequently receive some much needed exposure.

At present, there's only one machine fitted for the program. Located at 952 Queen St. West and aided by the West Queen West Business Improvement Area (BIA), the thought was surely that a gallery-rich neighbourhood would be a good place to start the project. While this does make sense, I worry that there might be an element of 'preaching to the choir' going on here. It seems to me that it'd be more interesting to place art-imbued ATMs in areas where such exposure is lacking, like say, the financial district.

Thankfully, the plans for this project are indeed to expand it throughout the entire city, so any such criticism is a little hasty. But it does underscore what the ultimate goal of the project should be (and sounds like it is). Rather than existing as a quirky one-off in the heart of the gallery district, the real potential here is to have the program work like the 'Poetry on the Way' series that's graced TTC vehicles for what seems like ages.

I've always enjoyed the opportunity to temporarily remove myself (mentally) from the cramped space of a packed train to read a short poem. Indeed, I've often taken a few stops trying to interpret some of the more difficult ones or to admire the more beautiful ones, giving the project the corollary benefit of making my commute seem shorter. And I'm not the only one. I've watched hundreds (maybe even thousands) of fellow passengers reading the poems over the years. 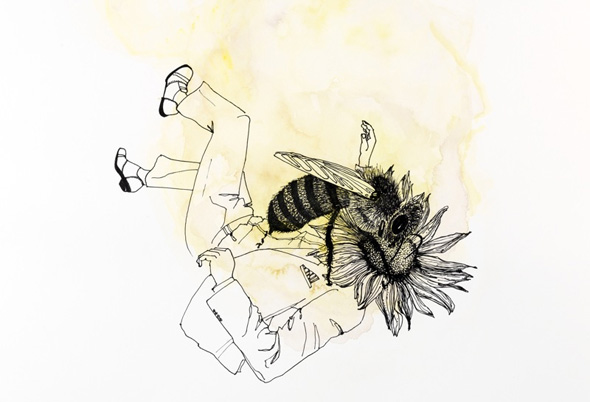 If Bank on Art could achieve even a little bit of this type of mass-exposure, I think it'll be a great success. Even though a person taking money out of an ATM isn't a captive audience for as long as a subway rider, the visual element of the project means that less time is needed to appreciate the art anyway.

So far the project has about 40 artists on board, none of whom could be classified as being a 'big name.' If this project featured work from the Group of Seven, for instance, I'd be far less enthusiastic. It's not that I don't appreciate those magnificent landscapes, but I wish that they didn't still dominate the Canadian artistic consciousness. Giving exposure to young and (mostly) unknown artists is a definite plus here.

Who knows, perhaps someone with a bank account far larger than mine will see a piece of art while using a Bank on Art ATM and decide to purchase work from the featured artist? That'd be pretty great for all parties involved. But even just the chance to take a quick glance at original and local art while waiting for the machine to dispense cash should add just a little stimulation to the user's day, which is certainly a good thing.