Tired of your usual pub crawl? Get thee to Queen West for the Queen West Art Crawl (QWAC) this weekend.

The annual festival, run by the Parkdale Liberty Economic Development Corporation, celebrates art and the community of Queen West and Parkdale. The QWAC takes place along Queen St. from Spadina to Roncesvalles, and runs until Sunday.

Heading east towards the Gladstone Hotel for the opening reception tonight, I encountered more art on the streets than when I finally got to the Gladstone.

Walking west along Queen near Dufferin, I caught an earful of reggae music blasting from under the Dufferin bridge. Looking up on the south side, I found a bird's nest (pictured above) perched atop a light box, the fluffy thing bopping its head to the music. Turns out it's a sound sculpture called Art Bwoy Burial and is the work of Chris Flanagan. 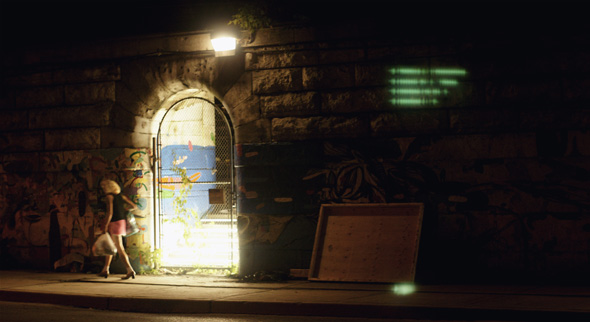 A little further east I discovered a bright light emanating from a the former maintenance stairwell bunker, where Michal Maciej Bartosik is putting the finishing touches on his Bohemian Grotto installation. 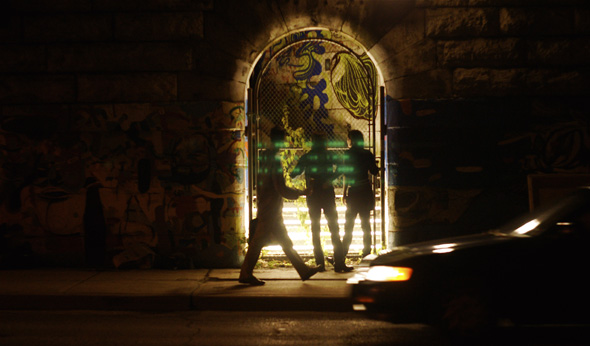 There's a little something for everyone at QWAC, including a Kids Zone, from 12 to 5 p.m. in Trinity Bellwoods Park. There you'll find a painting workshop from "The Clay Girl" and get to make your own QWAC button.

At Parkdale Town Square, there's stuff going on at the Cowan Ave. street closure, including fabric book making (Saturday only) and Chalk Town, as well as other crafty projects. And there's a scavenger hunt throughout the QWAC where you'll find hidden QWAC'er boxes with passport stamps.

Other QWAC events include an outdoor art show and sale in Trinity Bellwoods Park (11 a.m. to 6 p.m.). Then there's ROMwalk, a free hour-and-a-half guided walking tour of the history and architecture of village of Parkdale (Sunday at 2 p.m.). And CAMH is hosting a front lawn barbecue where they'll also be showcasing talent and creativity of CAMH clients and community partners.

The entertainment stage at the Green P parking lot at 1325 Queen St. W. will host performances throughout the weekend, including the band Low Level Flight, featuring 2003 Canadian Idol Ryan Malcolm on Saturday at 7:45 p.m.

There are over 50 participating galleries and studios.

Even my local cleaners, Queen Cleaners (1390 Queen St. W.) is transforming into a makeshift art gallery for the weekend. They're staging The Invention of Spare Time, a two-screen video projection by artist Camilla Singh, who is also curator at the Museum of Contemporary Canadian Art.