Two gargantuan towers loom over the Detroit River, part of a $4.4 billion megaproject that will change the game of travelling between Ontario and Michigan.

A decades-long battle to address clogged traffic at busy international borders linking Windsor and Detroit, the Gordie Howe International Bridge project is finally coming together in a colossal effort of cooperation between Canada and the United States.

The long-awaited alternative crossing for the truck-clogged Ambassador Bridge (whether traffic or a far-right protest) and car-gridlocked Detroit-Windsor Tunnel will also fill a missing link in an international trucking route, directly connecting Highway 401 on the Canadian side and I-75 on the U.S. side. 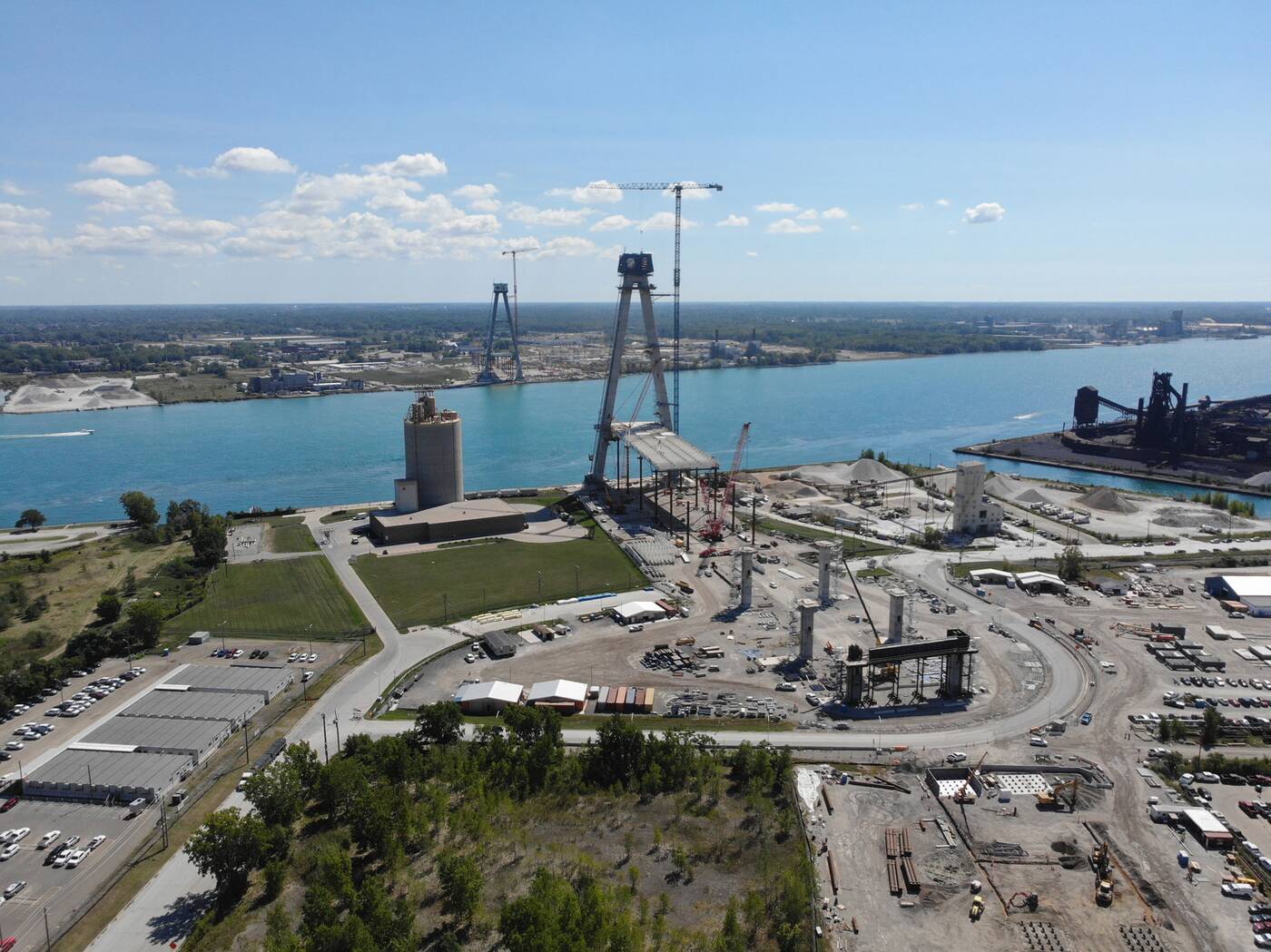 It will also be a record-breaker, soon to take the title of the longest cable-stayed bridge in North America with an astonishing main span of 853 metres.

For comparison, the world's longest cable-stayed bridge is the Russky Bridge in Vladivostok, Russia, with a main span of 1,104 metres.

Supporting a 2.5-kilometre-long, six-lane highway bridge requires some pretty monolithic supports, which come in the form a pair of 140-metre-tall pylons, with U.S and Canadian workers coordinating to construct their respective bridge support towers on opposite sides of the river. 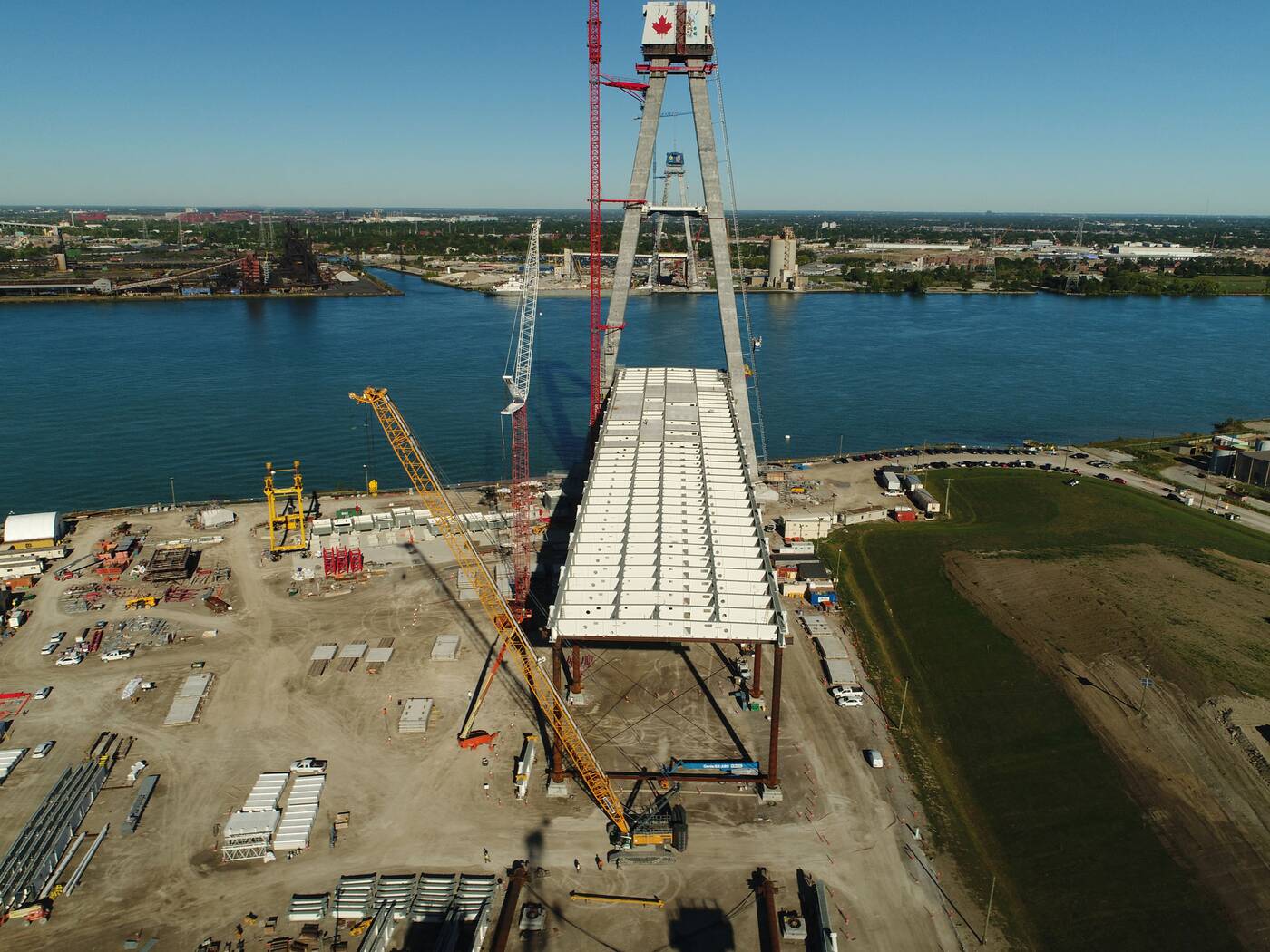 Each tower is roughly comparable in height to a 40-storey residential building, and if they counted as habitable structures, the tower on the Canadian side would far surpass the Caesars Windsor Augustus Tower as that city's tallest building. It will, however, take the crown of tallest structure.

Construction has been ongoing since mid-2018, and the most recent progress through summer 2022 and into the autumn months has seen the bridge's road deck begin to take shape. 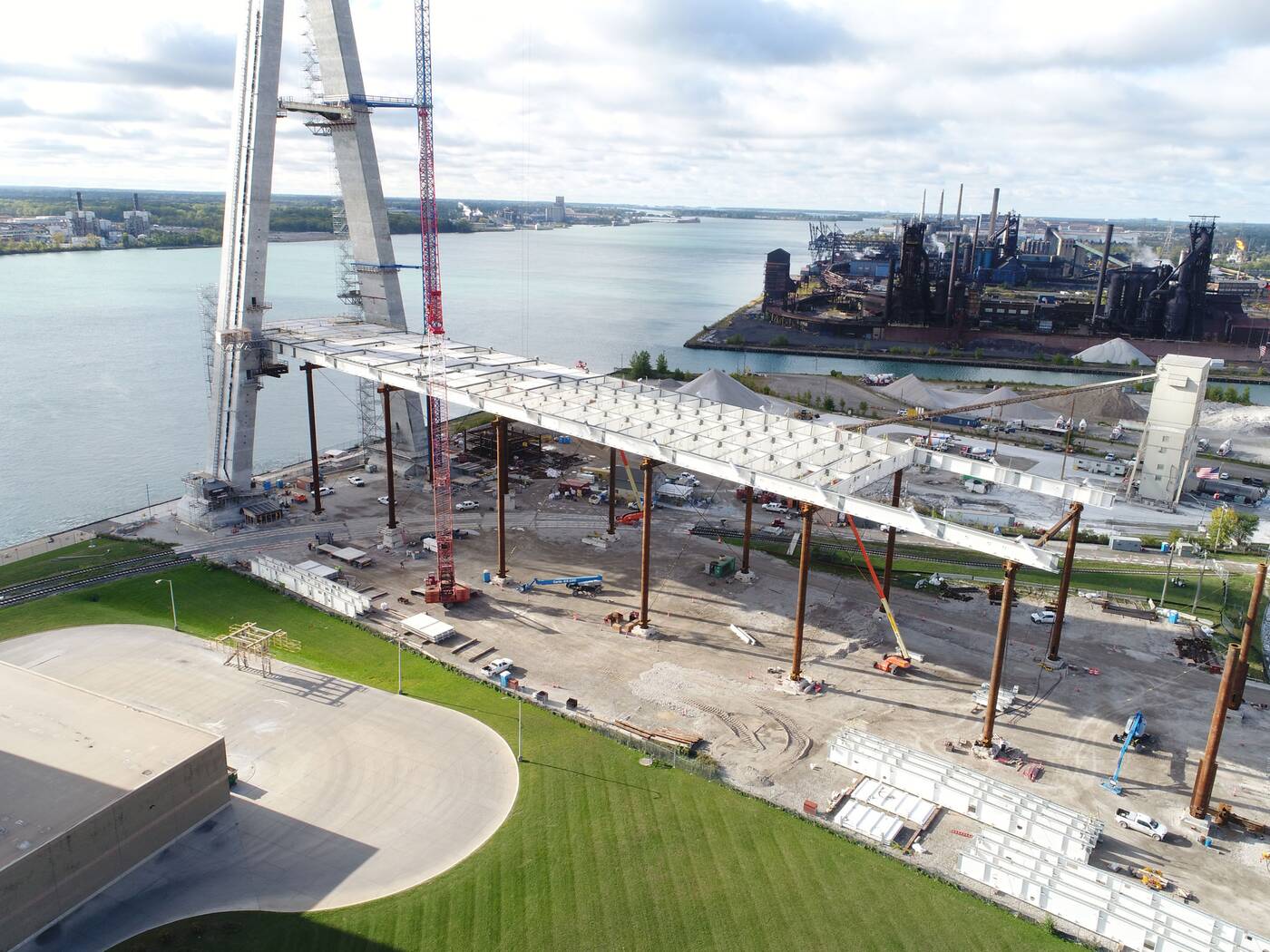 Like the towers before, the road deck is being constructed by U.S. and Canadian teams working in coordination, with the decking to eventually meet in the middle in what will surely be a celebratory moment for the international project team.

But getting to this point was not exactly a simple process, involving decades of resistance, legal battles, and political wrangling that persisted even after shovels hit the ground four years ago. 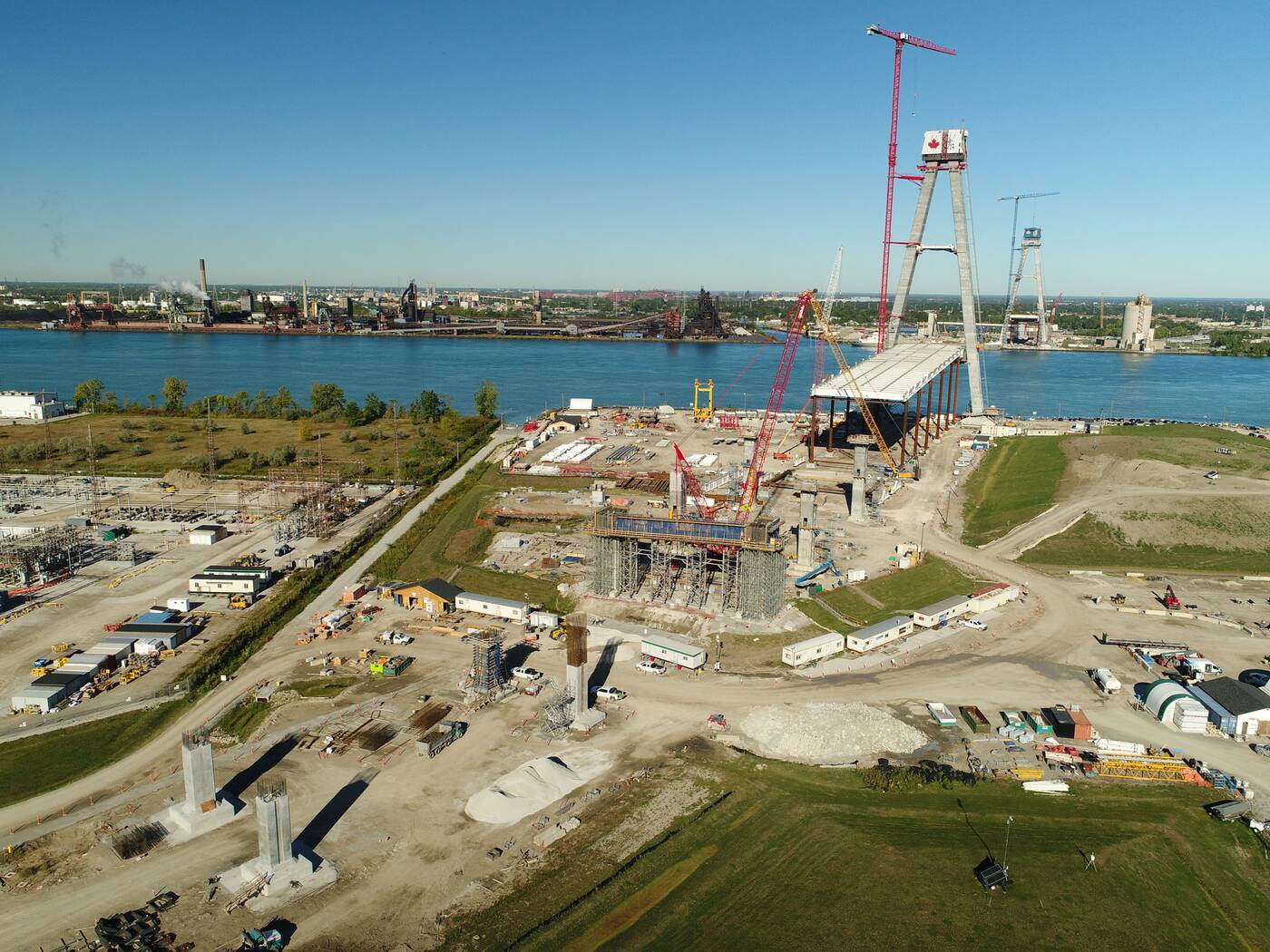 The project's harshest critic was billionaire Manuel "Matty" Moroun (1927-2020), who fought until the very end to stop the project, protecting his own interests as the owner of the Ambassador Bridge, where trucks are currently forced to cross the Detroit River.

While the bridge will serve both nations, the Government of Canada will be footing the entire project cost, with an agreement in place that all tax revenues from tolls collected at the bridge will be paid to Canada for 50 years after construction is completed, expected for 2024.

The Gordie Howe Bridge will stand as one of the top five longest bridges in North America and will be accessible to foot traffic and cyclists through a dedicated multi-use path.