Given the ever-increasing costs of, well, everything lately as well as the fact that trying to catch a flight is now a total nightmare, you'd think that less people would be travelling.

But, based on the never-ending lineups at airports and passport offices, the demand to get away is still at an all-time high, regardless of what it costs.

With inflation still going strong, the costs of basic necessities like food, clothing, transportation and housing have Canadians seriously altering their spending habits as they stress more and more about money. It seems that the travel sector — which boasted cheap prices during lockdown — has not been immune to these widespread economic changes. 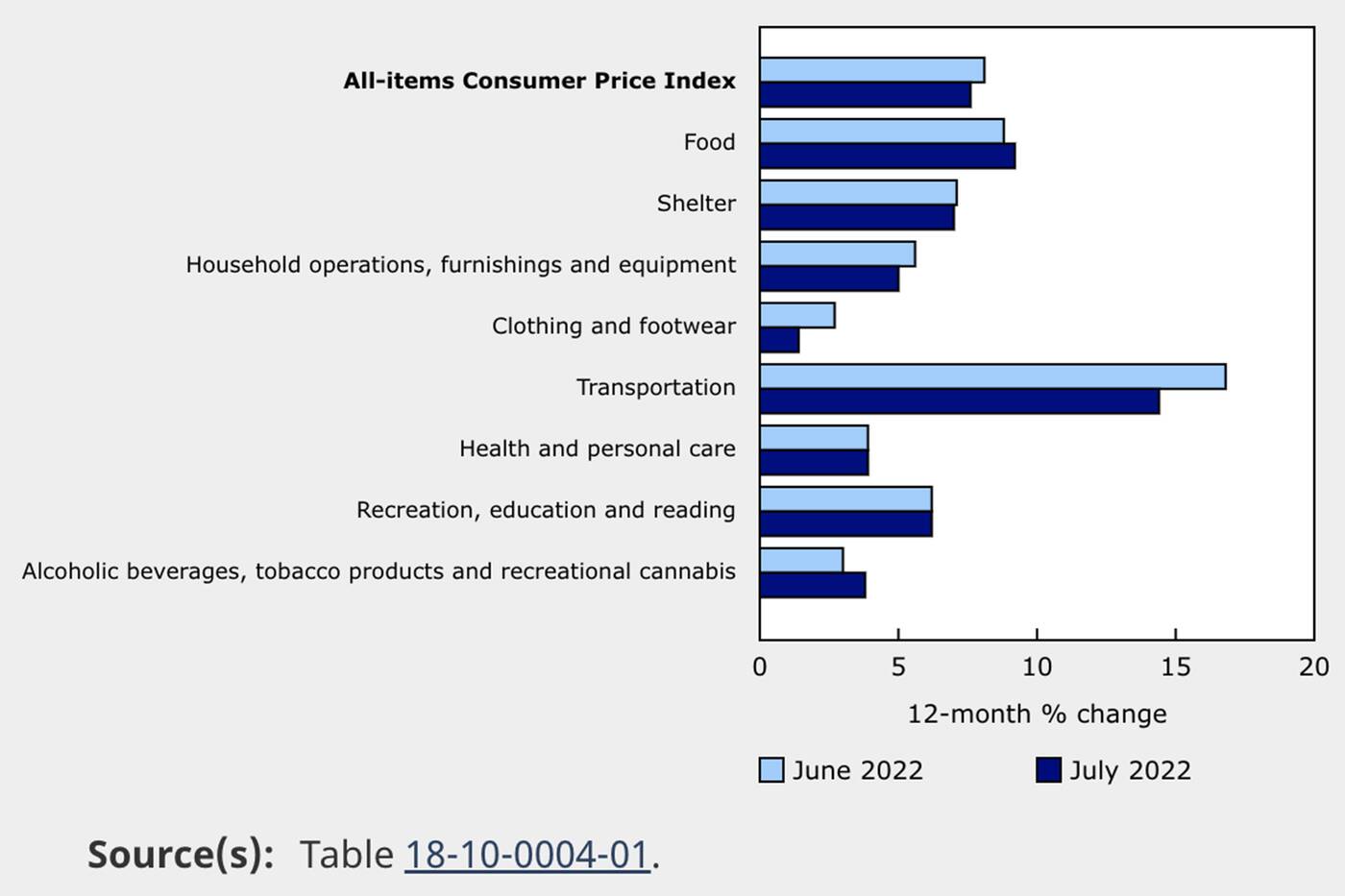 Prices for everything in Canada are on the rise when compared to the same time last year, though generally to a lesser degree in July than in June. Chart from StatsCan's Consumer Price Index, July 2022.

The latest figures from Statistics Canada have shown how bread, jam, fruit, coffee, tea and even eggs were more than 10 per cent pricier across the country last month than they were at the same time last year, as the Consumer Price Index surges to 7.6 per cent year-over-year.

Natural gas prices are also sky-high, especially in Ontario, where it was 45.3 per cent more in July 2022 versus last July — and it's not the only thing Ontario is leading the pack for, price-wise, in Canada.

According to StatsCan's most recent Consumer Price Index, the price of accommodation is up nationwide, but especially here in the country's most populous province.

While traveller accommodation in Canada increased by 47.7 per cent year-over-year, it went up by a whopping 70 per cent in Ontario specifically.

Airfare is also up across the board, by 25.5 per cent this July vs. last, while travel tours are 24.8 per cent more expensive.

But no price jump in the entire report beats out that shocking 70 per cent figure for hotel stays in Ontario, where Airbnbs are also creeping up to be nearly as expensive. 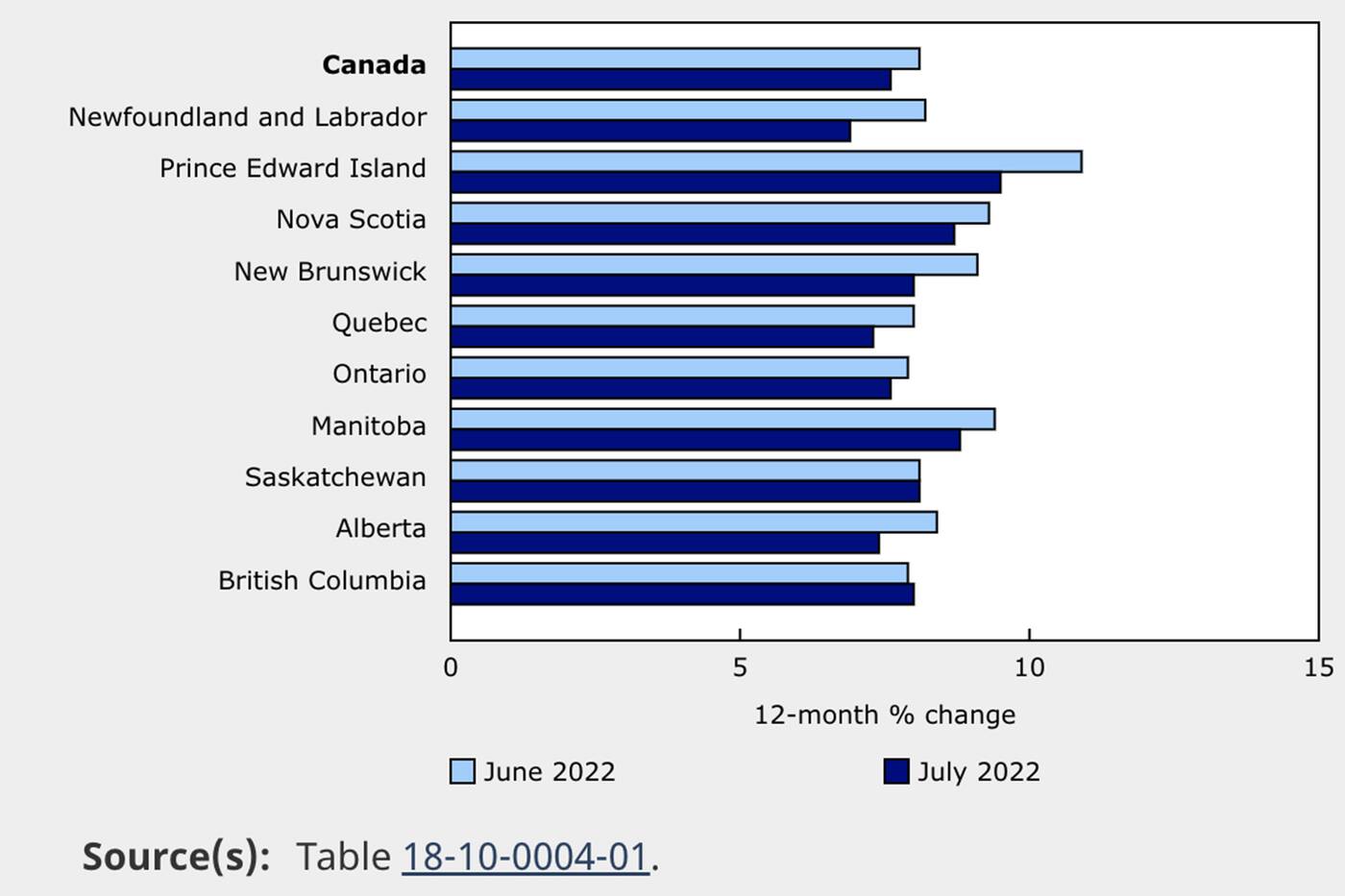 While the rate of inflation decreased somewhat in most provinces between June and July of this year, it remained pretty much the same in Ontario, up 7.9 per cent in June 2022 vs. June 2021, and 7.6 per cent this July vs. last. 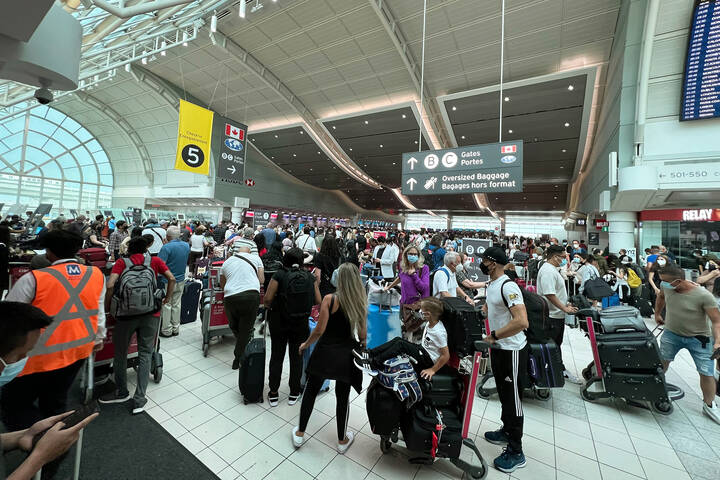