The best new cheap eats in Toronto are a representation of the major food trends we've seen hit the city in the past few years. Gourmet burgers. Check. Poutine. Check. Ramen. Check. The sheer growth in numbers of these types of offerings is both an indication of demand as well as a reflection of how few options we had for these types of foods as recently as five years ago. In fact, if savvy restaurateurs have one thing to worry about it's not that there won't be customers but instead whether their name of choice will already be taken.

With any cheap eats list the inevitable question arises what exactly is "cheap". In this case, we consider any place you can get a meal for less than $10. True, there are no $2 banh mis on this list but, still, none of these options are going to break the bank.

Here are the 9 best cheap eats restaurants in Toronto that arrived on the scene in 2010.

The gourmet burger wars may have finally crowned their king with the arrival of this Queen and Coxwell destination that takes inspiration from In-N-Out plus other famous burger joints from around the world. Order from their secret menu or just go for the dependable Double Double or veggie friendly The Option featuring two large Portobello mushrooms filled with cheese, tossed in flour and deep fried. Either burger can be had for $7.99.

A pioneer on the rapidly gentrifying stretch of pavement east of Gerrard Square, Great Burger Kitchen serves nothing but naturally raised, locally sourced, free range patties. They even serve them on organic buns or - if you prefer - carb free lettuce wraps. A student burger is budget priced at $4.95 and they offer seven! different types of poutine.

Long a favourite of the Fashion District lunch crowd, Fusaro's has seamlessly doubled its success with this slick Richmond East edition. Choose from a long list of panini ($7.50 - $8), all made with some of the freshest ingredients this side of the Mediterranean. There's also a selection of salad, pasta and breakfast options. 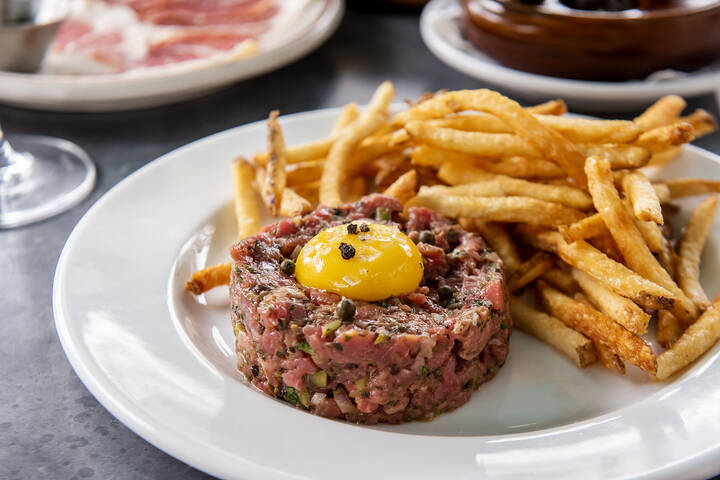 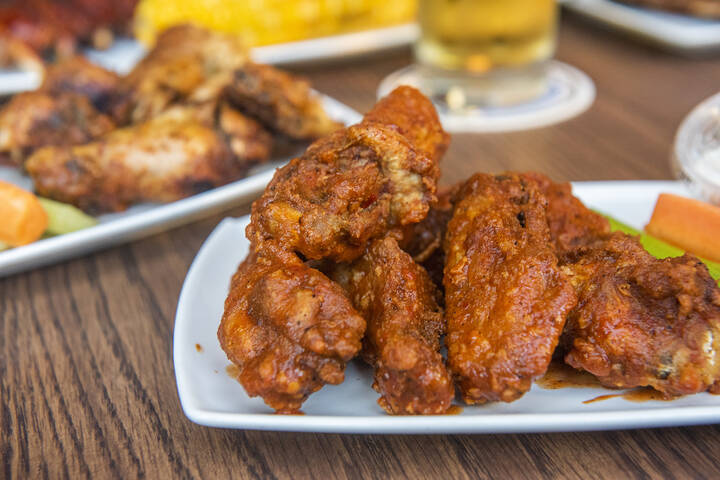 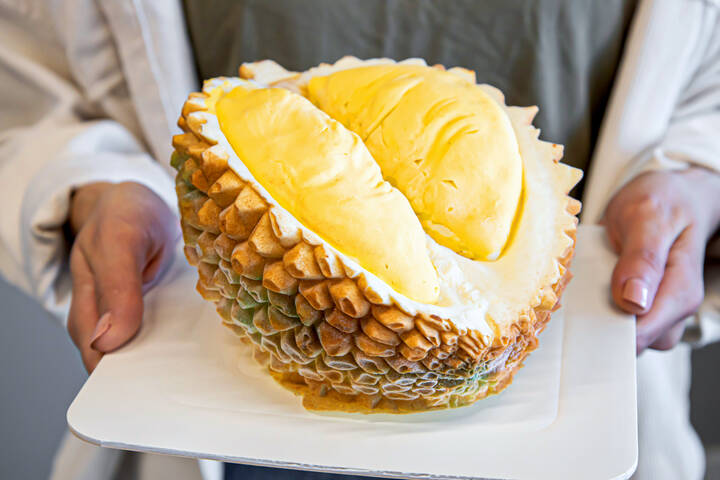 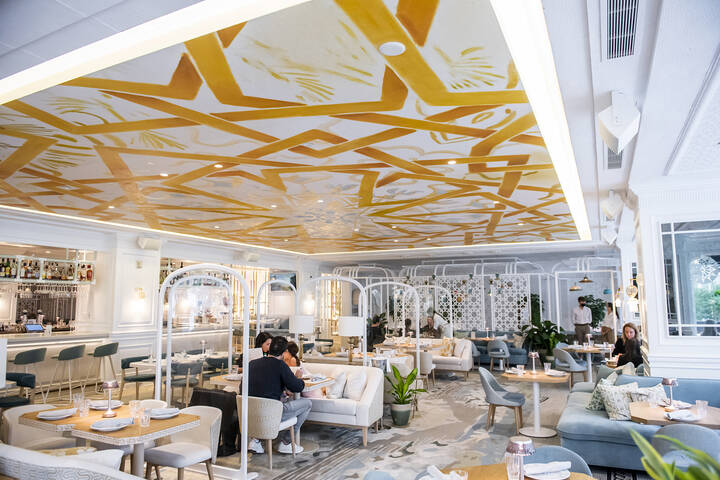 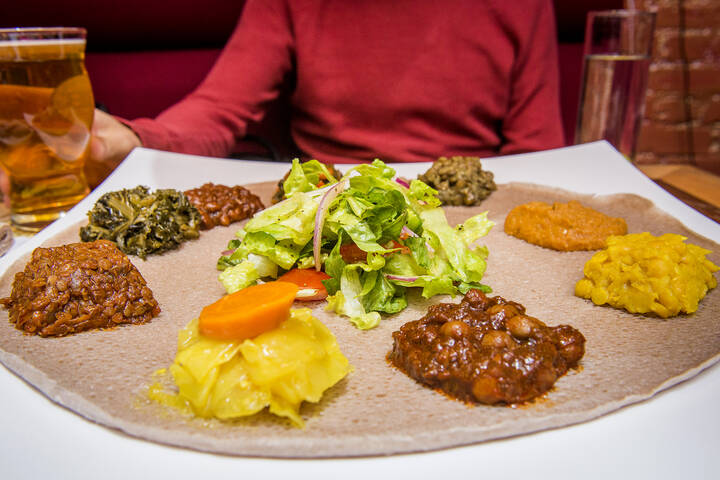 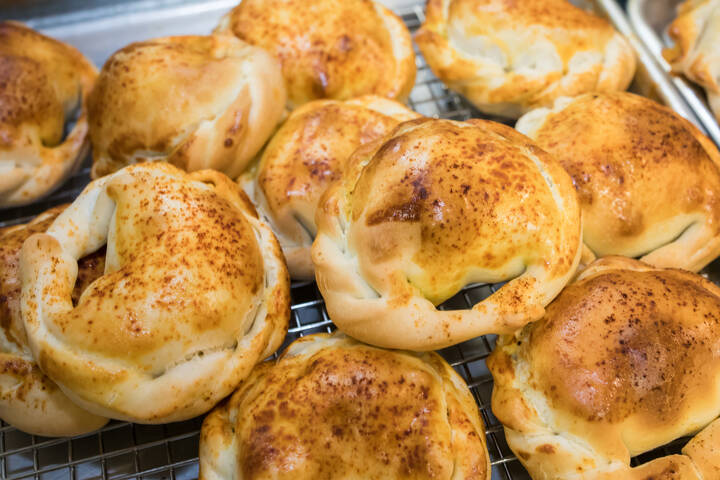 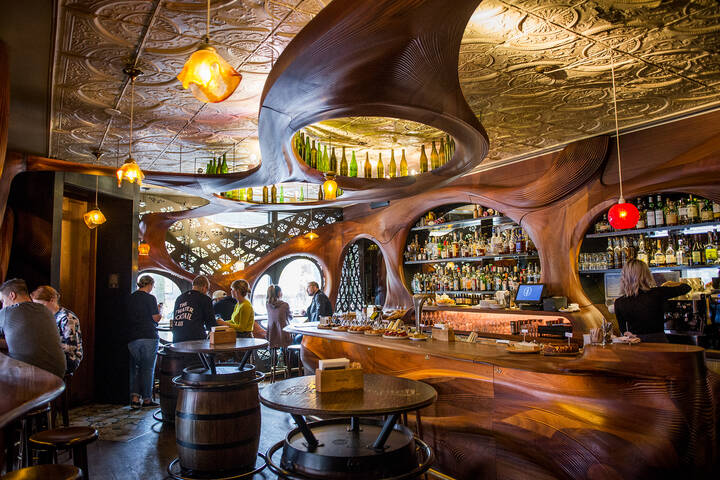 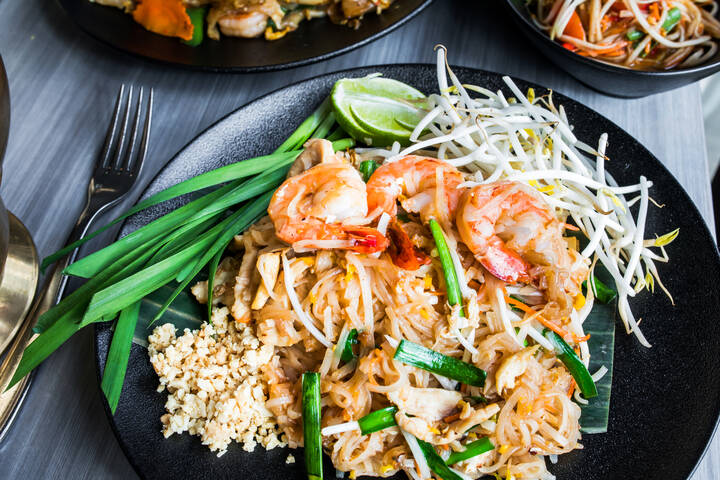