Toronto Mayor John Tory is officially seeking re-election for a third consecutive term this October, but you won't find any information about his campaign platform at johntory.ca.

The URL that Tory had used to distribute campaign materials ahead of both 2014 and 2018's municipal elections no longer appears to be under the mayor's control.

Either that, or the 67-year-old lawyer-turned-career politician has changed his approach to attracting voters drastically. (He hasn't, to be clear.)

Here's what johntory.ca looked like as of late 2018 after Toronto's current mayor was elected for his second term: 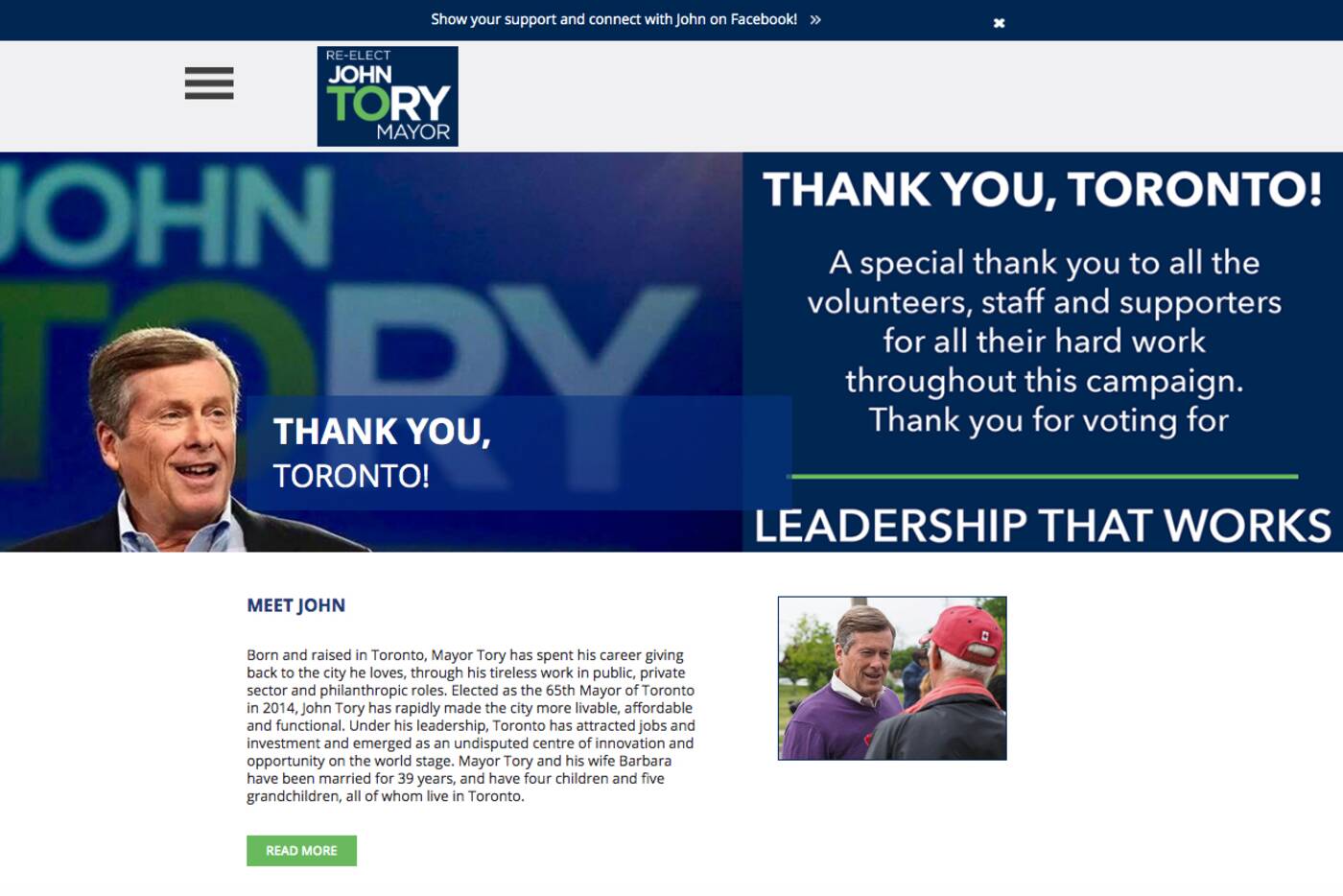 The content displayed at the top of johntory.ca as of Feb. 6, 2018. Image via The Internet Archive's Wayback Machine.

However, as pointed out on Twitter this week by Toronto journalist Matt Elliott, Tory's longtime web address no longer displays the incumbent candidate's beaming face.

It does, however, redirect to a site that bear his name in bold letters at the top of the site: "Online Casino John Tory."

"Online Casino John Tory is the newest online casino that has recently opened its doors to all Canadian residents," reads the site that johntory.ca redirects to, fittingly dubbed "jtonlinecasino.com."

"Our online casino features over 500 top brand Slots, Video Poker and Table Games, including popular favourites such as Wheel of Fortune, Cleopatra, and more!" it continues.

The online casino is licensed to the Kahnawake Gaming Commission, an authority for gaming activity within the Mohawk territory of Kahnawake in Quebec.

As you may have guessed by this point, and as confirmed by the John Tory campaign, the digital casino has nothing to do with Toronto Mayor John Tory. It merely scooped up what was once a well-trafficked domain name when said domain name's owners failed to renew it.

"The previous URL expired last year during the C**ID-19 p**demic," a representative for Tory told blogTO.

"We are focused on the 2022 campaign. We encourage people to visit www.johntory2022.ca to learn more about our campaign, and to show support for John Tory."

Toronto heads to the polls for its 2022 mayoral election on Monday, Oct. 24. Tory is the only major candidate registered thus far.