Canadians appear to be getting ripped off hard when it comes to mobile plans, a new survey has revealed, as telecom companies here continue to charge sky-high rates compared to other countries — the highest of 44 nations worldwide, in fact.

Tefficient, which crunches data from telecom companies around the world, analyzed cell data usage around the globe over the course of the pandemic, comparing how residents of different countries changed their mobile habits during various forms of lockdown in 2020.

The company also examined the costs of phone plans in various parts of the world, and came to the conclusion that of all nations surveyed, Canada had the most expensive rates for data.

This is particularly interesting given the fact that we were also found to be among the countries that used the least amount of data, on average. 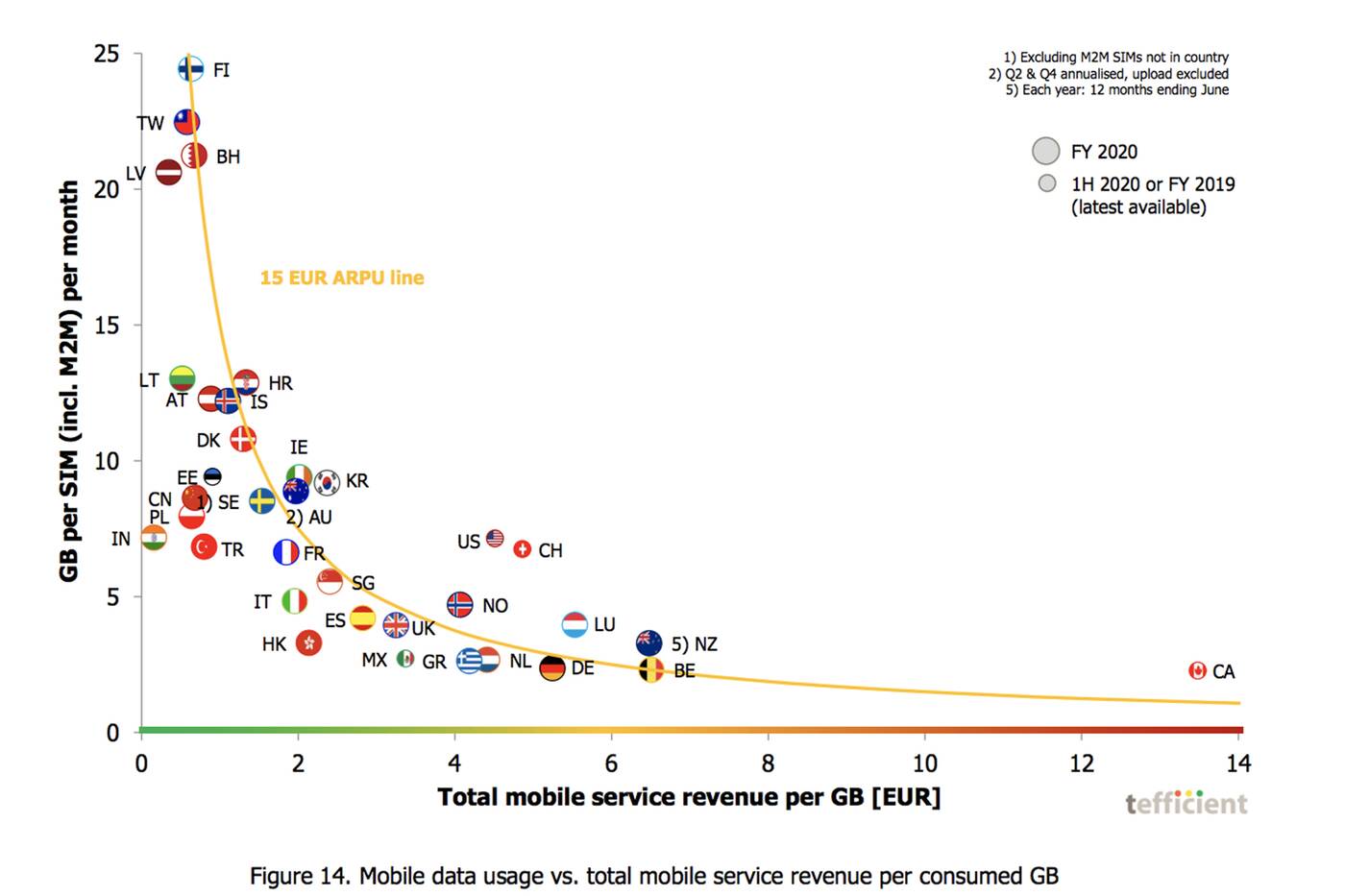 A chart showing just how expensive Canada's data plans are compared to other parts of the world, via Tefficient.

Though mobile data usage increased amid the health crisis in every locale Tefficient looked at, Canadians were found to be accessing the internet from their phones far less than others — thanks, in part, to ubiquitous wifi — and yet paid substantially more per gigabyte than anywhere else.

When it came to total mobile service revenue per GB of data last year, Canada's telecom companies came out on top, and drastically so, making more than double per gig than the next country on the list.

These businesses grossed the highest revenue per SIM card of those in any other country examined, while Canadian mobile users had the lowest usage of anyone else. 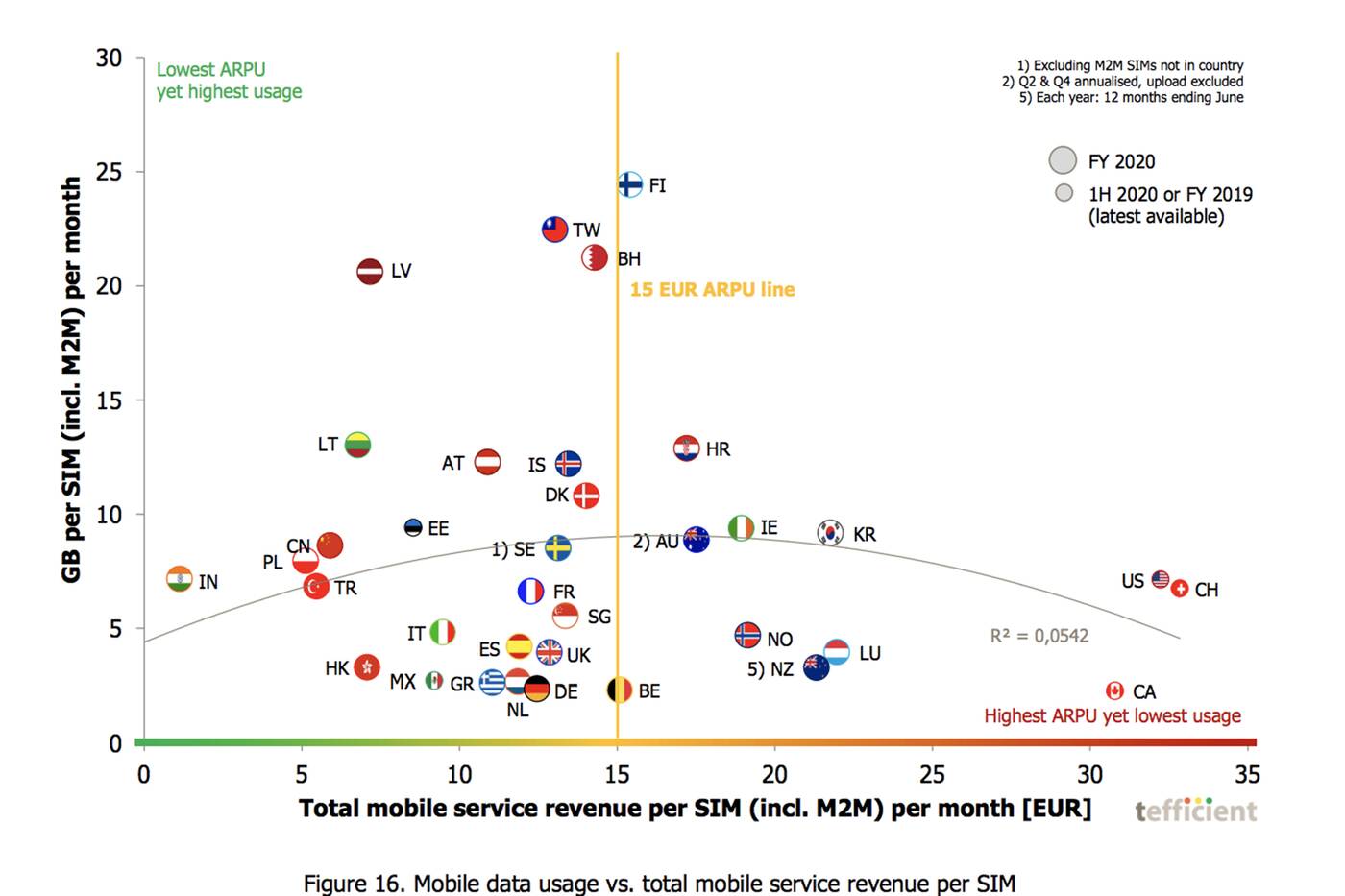 Canadian telecom companies took in the highest revenue per SIM card, yet Canadians had the lowest data usage. Chart via Tefficient.

Similar studies conducted by other groups have shown that Canada's big 3 — Rogers, Bell and Telus — charge more than any other peer brand worldwide for internet service, with an average minimum wireless service price above $90 per month.