In what feels like a mad lib of the past year, a Toronto artist who has created work for Drake and Fred Van Vleet has made an NFT portrait portraying Justin Trudeau and Doug Ford as a pair of clowns.

Although April Fools was over six weeks ago, this totally real creation has all the makings of a joke, with Trudeau and Ford dressed as Joaquin Phoenix's Joker and Ronald McDonald, each with their own comically sized speech bubble like they were pulled right out of the Saturday morning comic strip this belongs in.

Amer Sal Mohammed, or Amer SM is the artist behind the piece he titled "Welcome to Canada." It's his first NFT collection and will include a version presented as an animated GIF with money falling to the ground and burning. 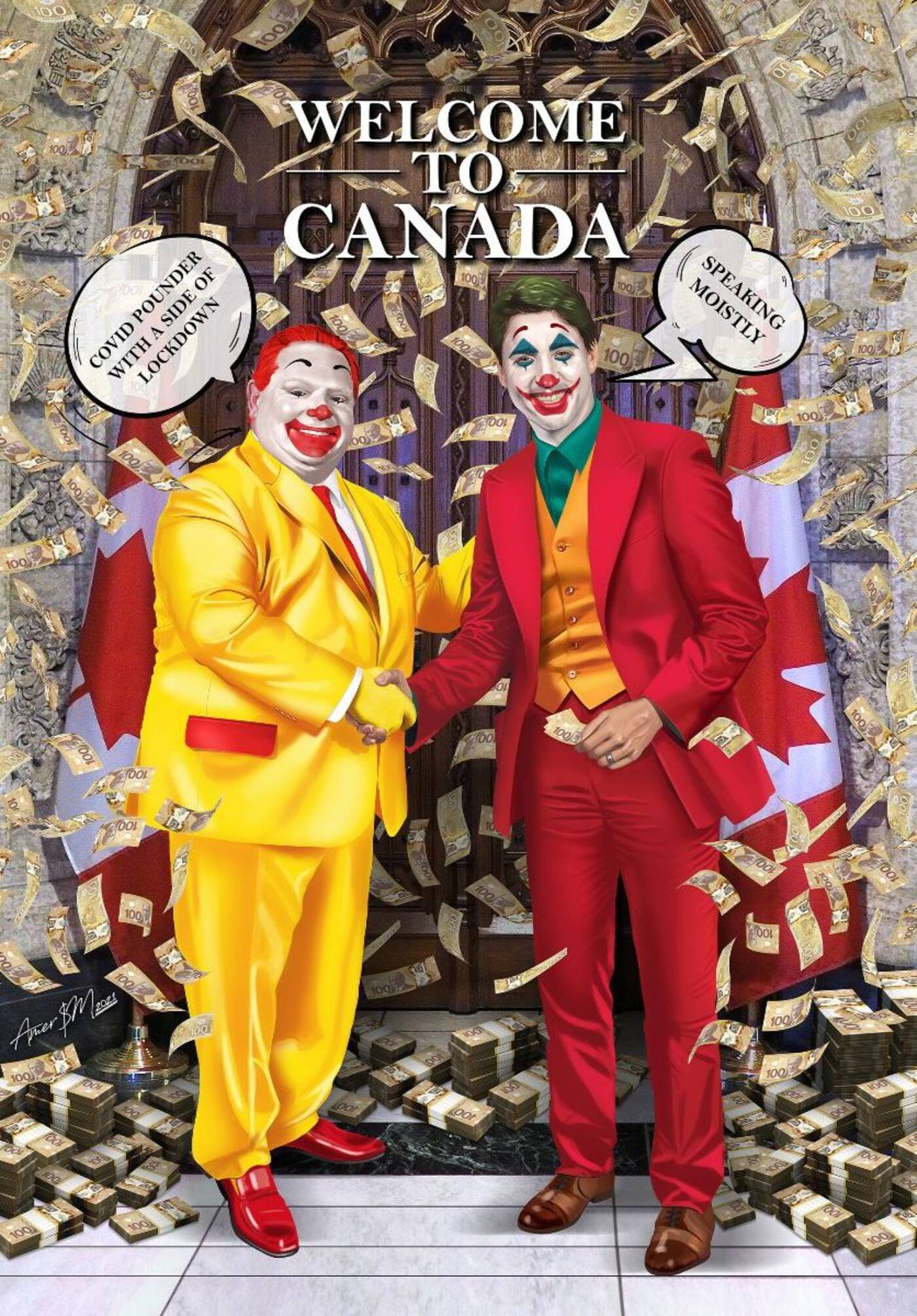 Welcome to Canada, not the animated GIF version.

The NFT is said to represent how Ontarians and Canadians feel about their government's handling of the COVID-19 pandemic, and one look at social media will show that clownish words such as "joke" or "laughable" are indeed among the most common descriptors used.

The starting price is set at $1,000 with no maximum, it will be a unique NFT with the highest bidder receiving copy 1 of 1.

It's not the city's first foray into absurd NFT's, with someone in Toronto having bought a digital house for $600,000 just over a month ago.

Whether the non-fungible token trend is here to stay, or just this year's fidget spinner for millionaires, it's definitely fun to see what kind of crazy stuff people are spending their money on.