There are plenty of dating apps that help you get into relationships, but few for when you finally do find yourself in blissful coupledom.

A Toronto startup called Couply is hoping to use some recent high-level recognition to help them become the go-to app for people who've moved past the Hinge stage and are hunkering down for the long haul in committed relationships.

Couply, available for Androids and iPhones, essentially acts as a generator for customized date suggestions (Bridgerton-themed, even), relationship advice or gift ideas.

Using a series of quick personality quizzes based on Gary Chapman's theory of five love languages or the colour test based on Dr. Taylor Hartman's personality profile, the app gets a general idea of users' values and priorities in a relationship. 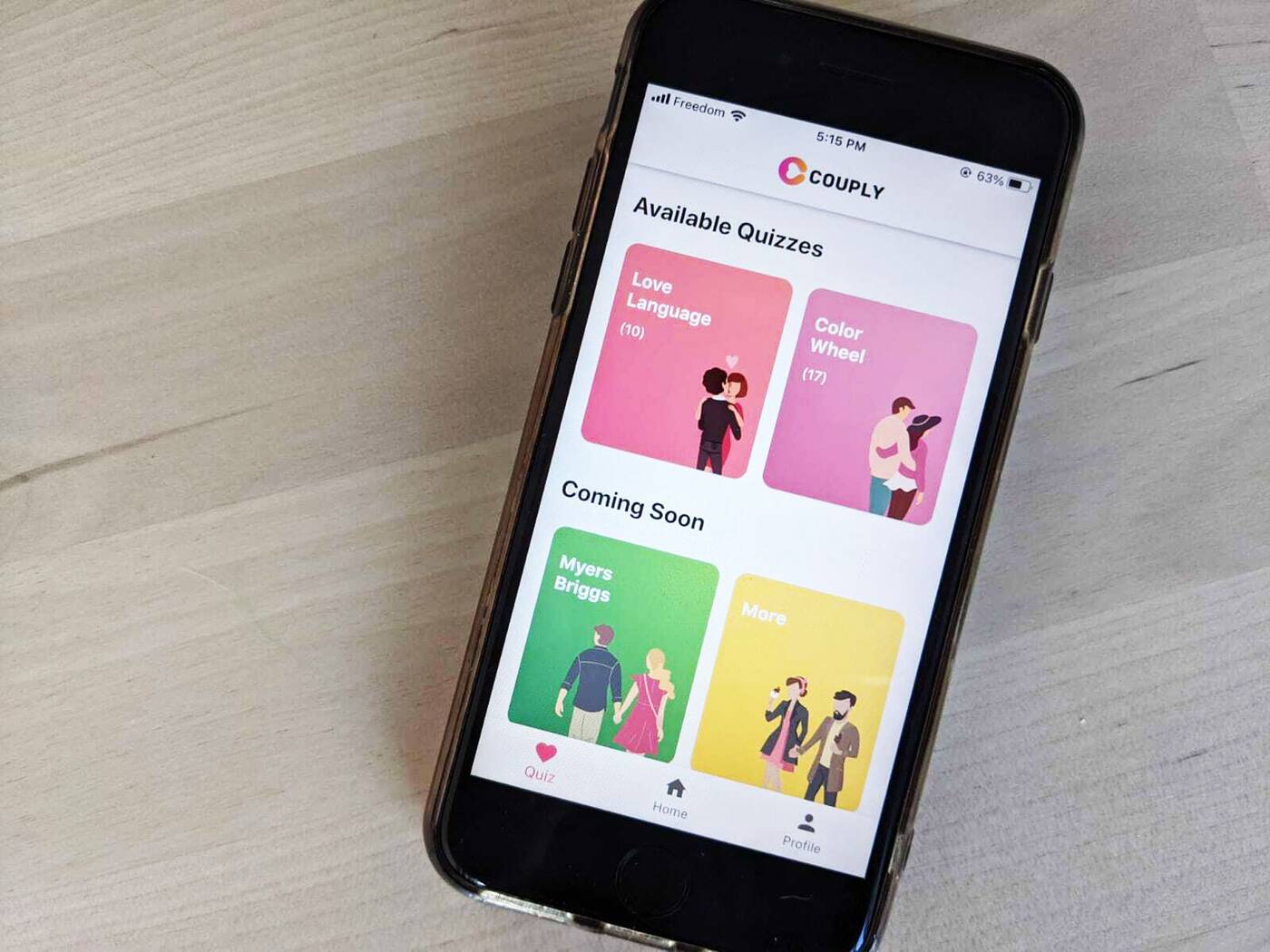 Couply is a Toronto-based start up that allows couples to take persnality quizzes and plan dates. Photo by blogTO.

As a concept, an app for couples may be brand new to North America, but the idea's been around in Asia for nearly a decade. The highly popular South Korean app Between has been allowing couples to plan dates and chronicle the course of their relationship since 2011.

Couply's functions are a lot less comprehensive right now. It does offer up suggestions for thoughtful presents, geared for lovers whose primary love language is receiving gifts, or activities to do together, if coupled with an S.O. who loves quality time.

Couply co-founders Tim Johnson, 36, and Denesh Raymond, 30, conceived of the idea while working at Wattpad.

Johnson says a break-up in 2019 led to the realization that there are plenty of avenues for online dating, but no virtual options for relationship upkeep.

"You say you're single and people immediately say, 'Are you on Bumble? Are you on Tinder?'" says Johnson. "But there are no apps for people once they get  into a relationship."

He pitched the idea to Raymond and the pair have been working on the product for the past two years. Earlier this week, they were crowned the winner of Collison 2021's pitching competition.

Their app, which is free, still has some kinks to work through: Couples can't yet retake their quizzes once they've done them once, for instance, meaning their results remain static on the app, which isn't exactly how personalities work.

But in an era when couples are constantly plugged into the interwebs, and in the middle of a pandemic, no less, Couply offers some 21st-century remedies for engagement.

There's an opportunity to sync up date nights or anniversary reminders to your virtual calendar—an idea most of us are loath to admit is indeed very helpful.

"It's kind of inevitable right now that tech and relationships, it's all mingled together," says Raymond. "It's got to be seen as a fun tool to add value."

"Even having something like a recurring date or weekly date night if it exists with all your other calendars, it’s so easy to see."

Given that we're in the middle of an incredibly unsexy, soul-crushing lockdown, all date ideas on the app are stay-at-home friendly.

And while the app has yet to take thrupples into account, it does work for pairs in long-distance relationships who might need a way to spice up those glitchy Zoom calls.

"We all want to receive affection and everyone is different," says Raymond. "We want this to be an ongoing thing so you’re always engaged."