If you're one of the lucky few who managed to scoop up a PlayStation 5 (or several) before they sold out literally everywhere, you may want to think twice about trying to quadruple your money on on Kijiji.

PUBLIC SAFETY ALERT:
City of Toronto
- People are selling game systems online
- We have had numerous reports of robberies
- Some robberies are with weapons/violence
* Sellers advised to choose meeting areas carefully *
* Let someone know where you're meeting *#GO2174796
^dh

As anyone who lives with even a casual gamer can tell you, both the Xbox Series X and Playstation 5 are virtually impossible to buy. The systems, new versions of which are only released every seven years, are out of stock in all retail stores with no shipments coming in the foreseeable future.

You can't even pre-order them in Canada right now! That's how in-demand they are... and scalpers (sorry, "resellers") know it: PS5s are currently being sold for up to $32,000 USD on eBay.

In the GTA, you'll find the console (which retails for for $629 in Canada) listed on Craigslist and Kijiji by the dozens for between $9oo and $1,400 a pop. 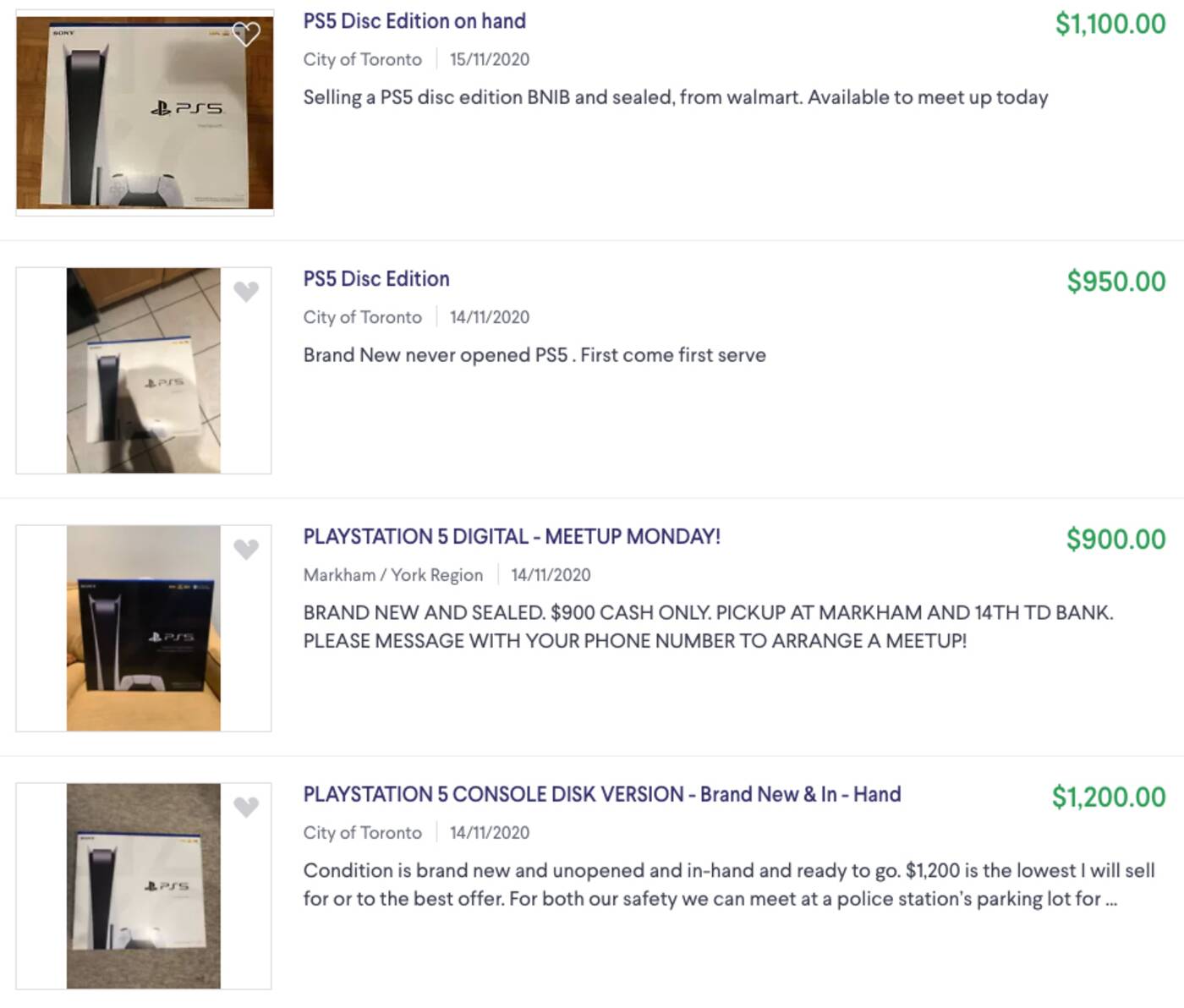 Dozens of new gaming consoles are being sold on Craigslist and Kijiji in the GTA for well over market price. Screenshot of Kijiji.

With the holiday season approaching and demand at an all-time high, business has undoubtedly been brisk for resellers — though they're not all actually making money.

Rather, when they show up to do the deal, some are being held at gun or knifepoint while thieves demand they hand over the console for free.

"People are selling game systems online," wrote Toronto Police in their public safety notice. "We have had numerous reports of robberies — Some robberies are with weapons/violence."

Police advise sellers to choose their meeting areas carefully and to always let someone know where they're meeting a buyer.

Some locals on Twitter also warn that it's not only sellers being targeted, but hopeful buyers too.

Best not to show up to a dimly lit parking lot with $1,200 in your hand unaccompanied, whatever the case. People in the know say that public banks and spaces directly in front of police stations are good spots for deals such as these.