The people powering Toronto's booming tech sector may not make as much money as their counterparts in Silicon Valley — I mean, not even close — but their salaries are rising faster than they would be in any other major city, according to newly-crunched data.

Toronto just tied with Boston as the top spot for "paycheck growth rate" among tech workers in Hired.com's annual State of Salaries report, which tracks salary trends across the world for software engineers, product managers, data scientists and other high-tech professionals.

And it gets so much worse: San Francisco tech workers currently make an average of what equates to $189,000 Canadian per year. 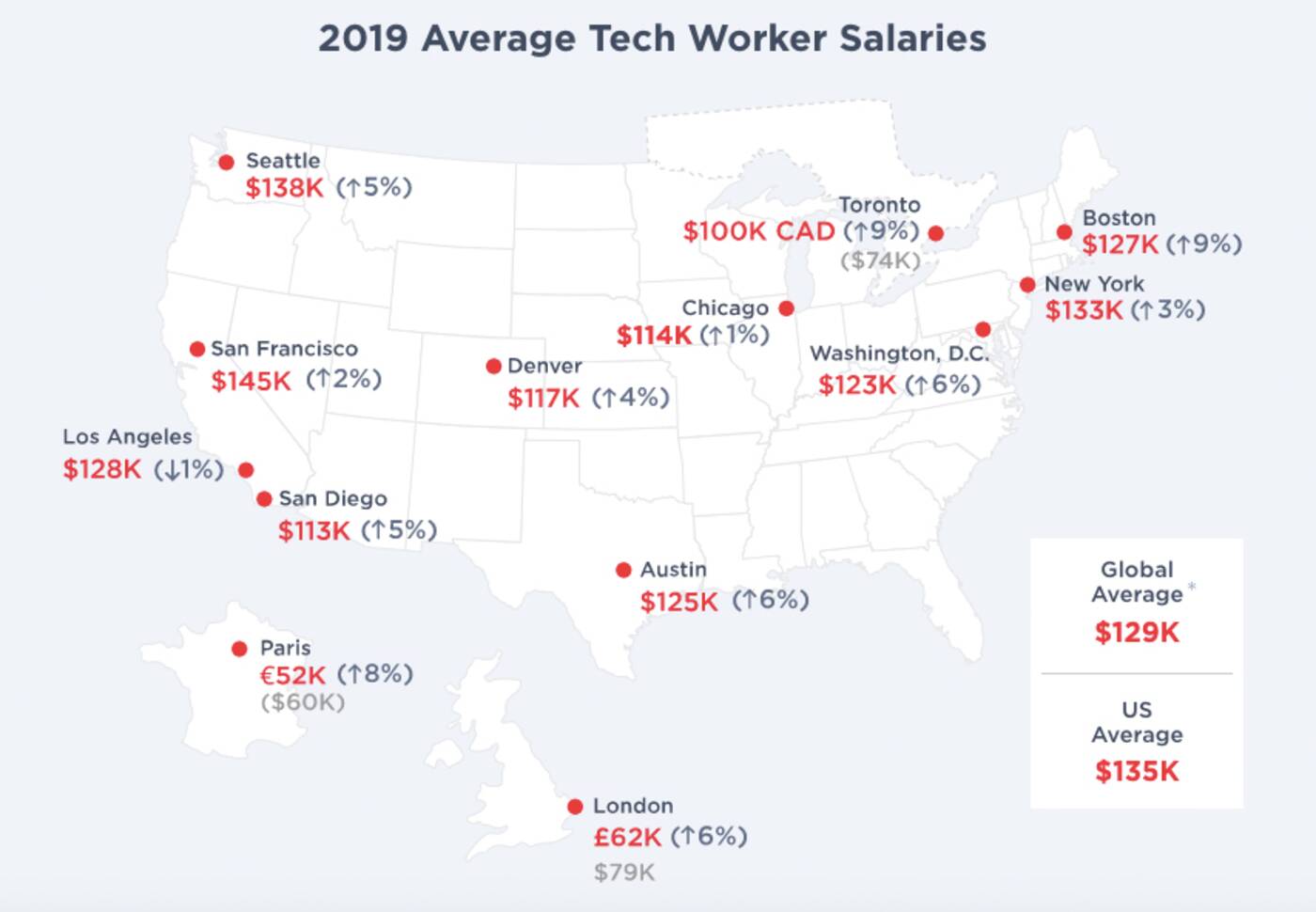 Tech workers in the San Francisco Bay area make nearly double that of those in Toronto, but have to deal with a much higher cost of living. Image via Hired.com.

In American dollars, Torontonians make just $74,000 per year on average — less than the workers in any other global tech centre ranked by Hired.com, save for Paris, where tech employees pull in about $60,000 USD annually.

"For the fourth year in a row, the San Francisco Bay Area comes out on top as the highest paying market for tech workers, with salaries up 2 per cent in the last year," reads the 2019 State of Salaries report.

"This doesn't come as a surprise considering its skyrocketing rents and booming technology sector. However, many cities - nationally and globally - are giving the Bay Area a run for its money, literally."

Adjusted to factor in the cost of living in San Francisco, the average Toronto tech worker's salary would rise to $151,000 Canadian by Hired's calculations.

There, search engineers earn the most cash average at a whopping $205,000 Canadian per year. This, says Hired.com, based on data "from real job offers made by companies to tech workers on our platform."

Natural language processing engineers bring home the most locally, according to the firm, at $112,000, followed by machine learning engineers and blockchain engineers at $108,000 and $107,000 respectively.