It's a sad, but true fact of modern life that festivals kind of suck when your phone is dead or dying.

What's the point in shelling out for tickets, transportation, hotels and overpriced drinks if you can't even make people jealous about it on Instagram? Or text your friends? Or use Google Maps to get around?

"Low battery anxiety" is a very real, very uncomfortable thing – which is why many of us now carry around lightning cords, portable chargers and apple bricks.

All of these things are useless, of course, when you travel anywhere beyond the reach of a power outlet. They're also easy to lose, hella clunky and a pain to carry around. 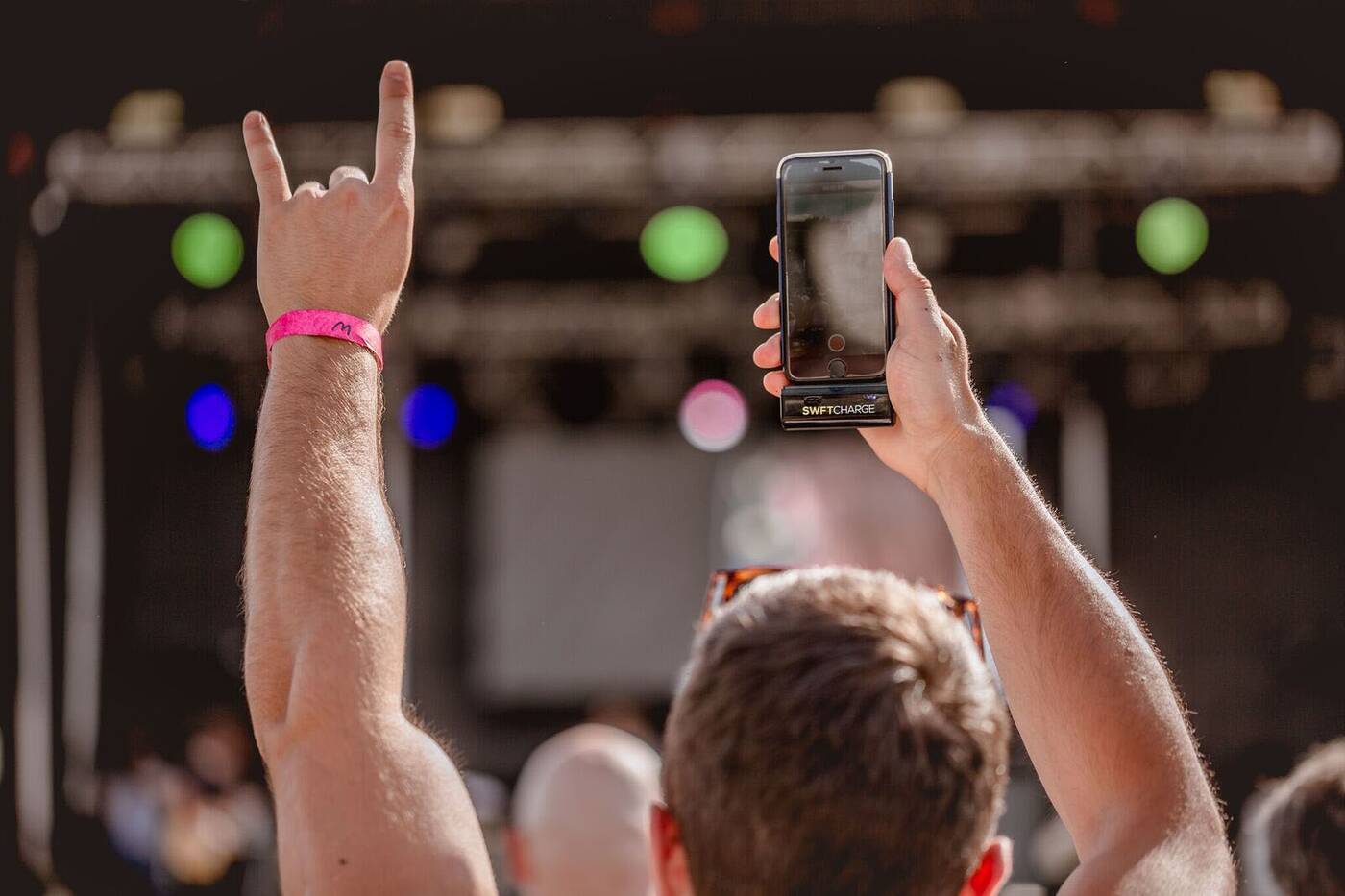 Enter SWFTCharge, a thumb-sized, cordless, portable charging device that you can rent and return during events as needed.

I value convenience and frictionless experiences," says Toronto-based co-founder Greg Fedele, who got the idea for SWFTCharge in 2016 while studying business at Queen's.

"I was at a bar and there were about 15  or 20 people huddled around a wall-mounted phone charger," he remembers. "I had to use it but didn't want to wait in a line."

There's a good chance nobody else wanted to wait either - and that they'd pay handsomely for a small, disposable charging pod right then and there if such a thing existed.

Inspired, Fedele teamed up with a friend in engineering to create a prototype.

That device was "super convenient - the epitome of millennial desire," says Fedele, but not the greenest of products.

What they came up with instead - a rentable, rechargeable power pod specifically for people at large-scale events - inspired investors to throw down nearly half a million dollars.

SWFTCharge piloted the business model last summer by setting up tents at VELD, Boots & Hearts, Ever After and the Trackside Music Festival. 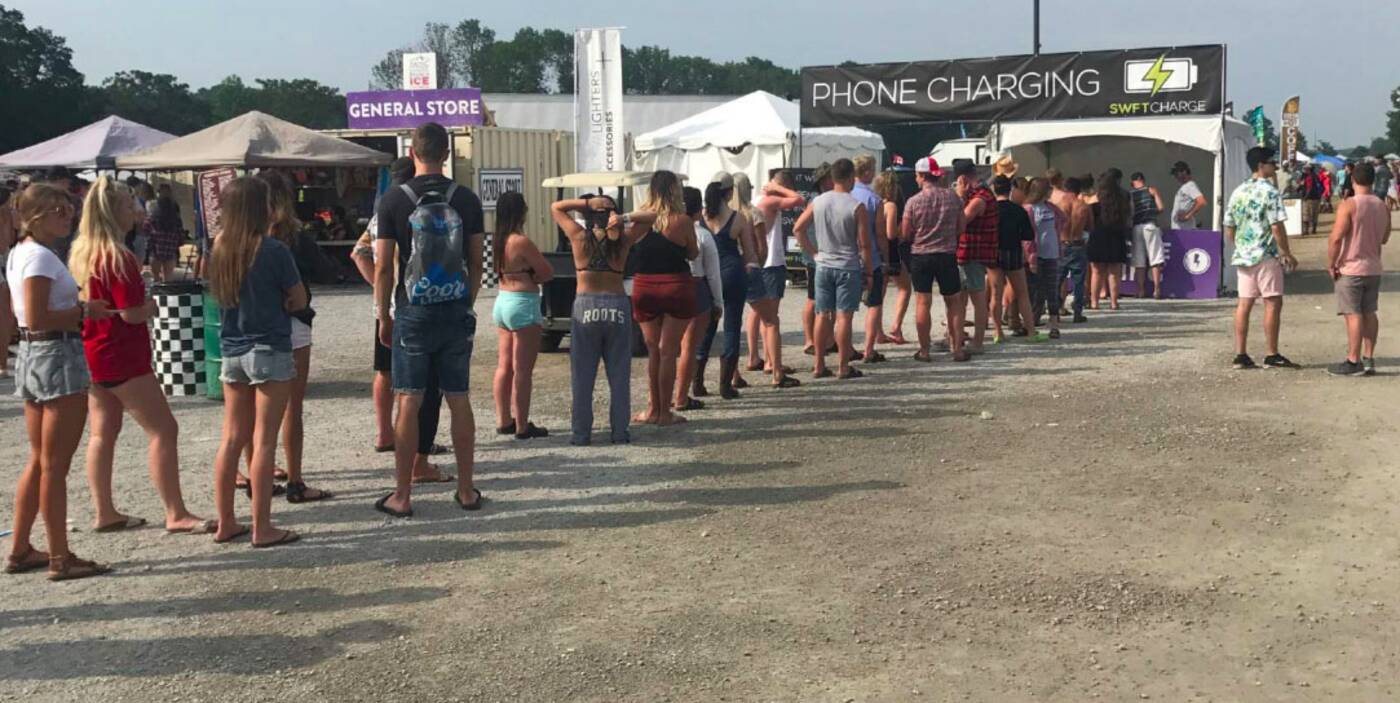 "We didn't expect the volume," laughs Fedele. "It became quite popular."

Heading into festival season this year, SWFTCharge has already signed exclusive contracts for events that will host more than five million people altogether.

"We're doing about 20 of the largest camping / music festivals in North America this year," says Fedele, whose team is now based out of the York University business acceleration centre.

"If it works well, we'll go into Coachella and Bonnaroo next year."

For now, the business is focused on resourcing up and, hopefully, moving into a new space downtown.

I doubt this will be the last we hear about them. Battery life, after all, is the most precious kind of life on Earth.