A peek inside Toronto's traffic brain

Every hour of the day, all year round, a team of technicians are watching over Toronto's urban highways from a top secret office complex in East York. 76 cameras located along the Don Valley Parkway, Gardiner, Allen, and Lake Shore Blvd. relay information back to the 60-screen Traffic Operations Centre, which is overseen by a private team of team of contractors hired by the city.

Their job is to dispatch EMS, direct recovery vehicles, and display messages on the digital gantries located along the highways. Don't worry, they're not allowed to issue tickets for traffic violations, but have no doubt--they see everything. 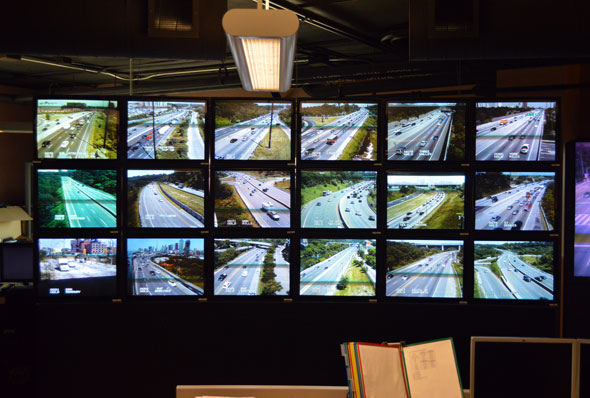 The highway team share a building with the city staff responsible for setting the timing of Toronto's more than 2,300 sets of traffic lights. 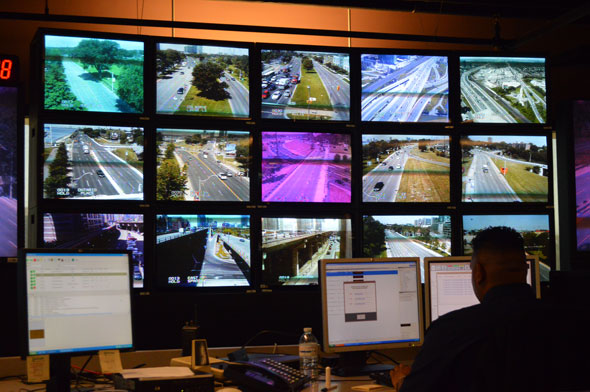 Toronto has a long history of computerized traffic operations. In 1964, the city became the first in the world to turn over control of some of its intersections to a computer. 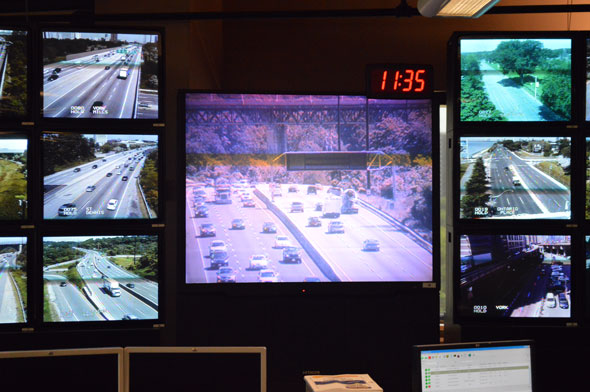 Toronto's first traffic computer--a UNIVAC 1107--was originally set up in the lobby of Old City Hall. It moved to police headquarters on Jarvis St. in 1969 and was finally decommissioned in the early 1980s. It's final location was an underground room near Yonge and Sheppard nicknamed "the Bunker." 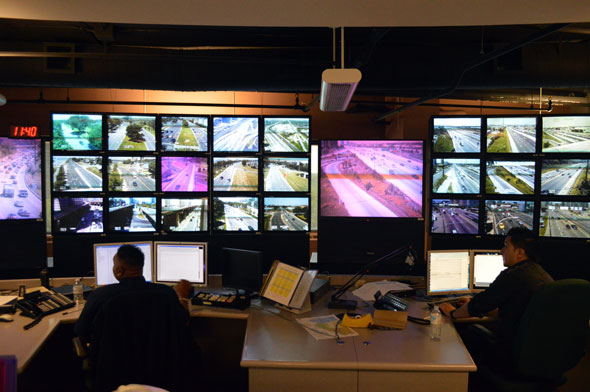 These photos, taken during the summer, show Toronto's highways moving well. During inclement weather or in the aftermath of an accident, the messages displayed on the overhead gantries and information relayed to EMS teams are of critical importance. 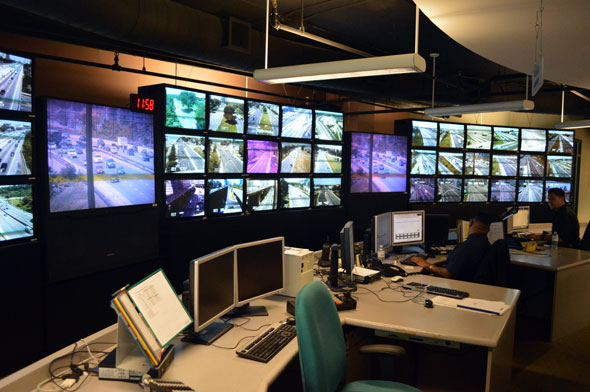 The feed from the highway control centre's cameras is available online. TV stations often use the video from the cameras during traffic reports. 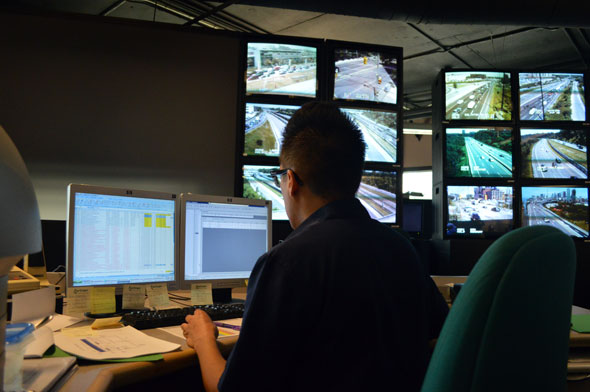 According to the city, the centre deals with about 12,000 traffic incidents and 700 emergency road closures every year. 869 loop detectors embedded in the road surface provide real-time traffic flow information. 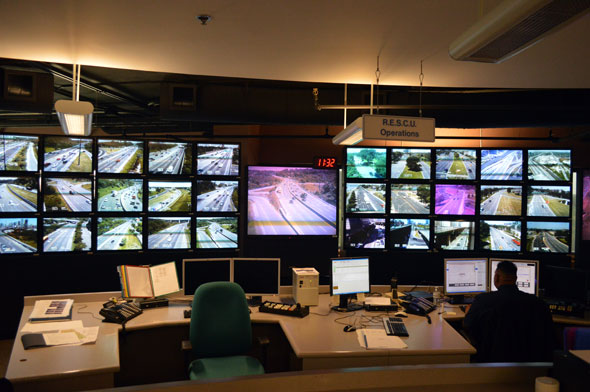