Toronto gets the 3D treatment on Google Maps

The effect was generated by combining existing aerial and 45-degree angle photos of the city. Buildings, terrain, even prominent landscape features like hills and trees can be explored up close from all sides, he says.

It's not just limited to downtown, either. 3D street views are to be had as far as western Etobicoke, Richmond Hill, and even Bowmanville. In total, 12 Canadian cities, six of them with metro populations of over a million, are getting the treatment. They are: Toronto, Edmonton, Calgary, Winnipeg, Ottawa, Montreal, Regina, Victoria, Greater Sudbury, Peterborough, Saskatoon, and Barrie.

In order to view the effect, switch to "Earth" view with the map positioned over the city in any web browser, desktop or mobile. Holding CTRL in Chrome on a computer opens up the ability to pan and rotate the view.

Bizarrely, the 3D processing appears to have cleared the streets of vehicles, giving the city a tranquil, deserted feel.

Check out the following locations: 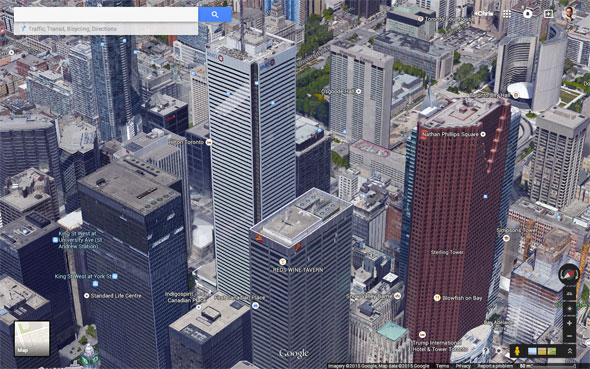 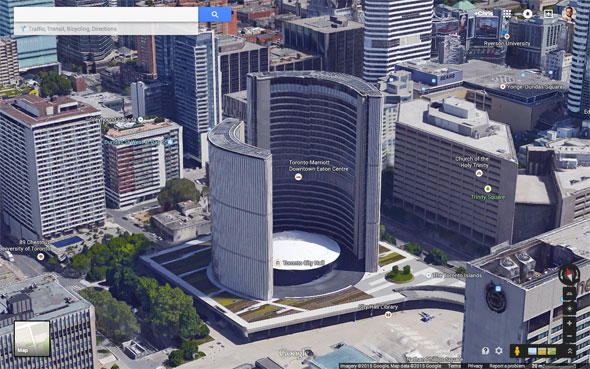 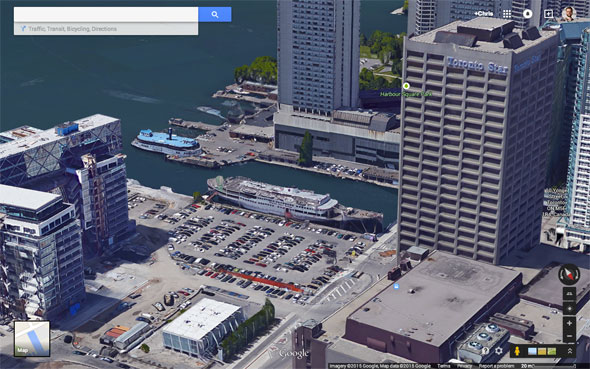 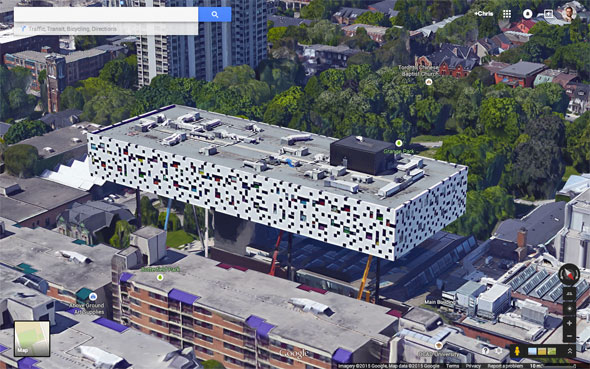 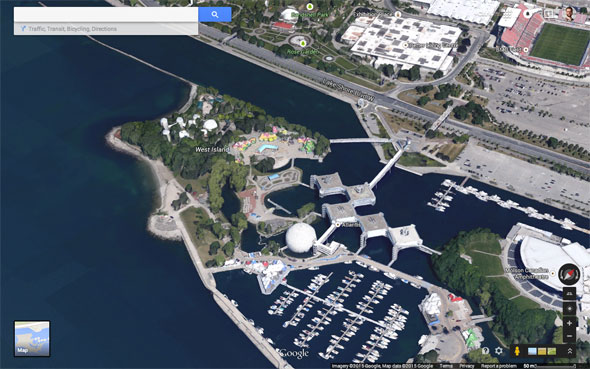 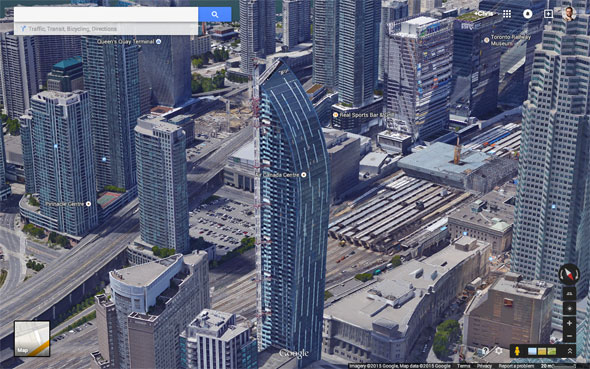 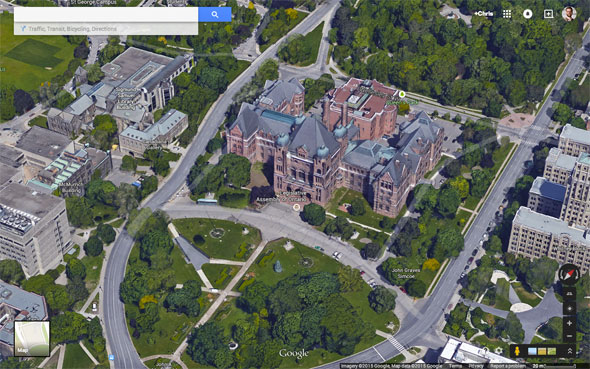 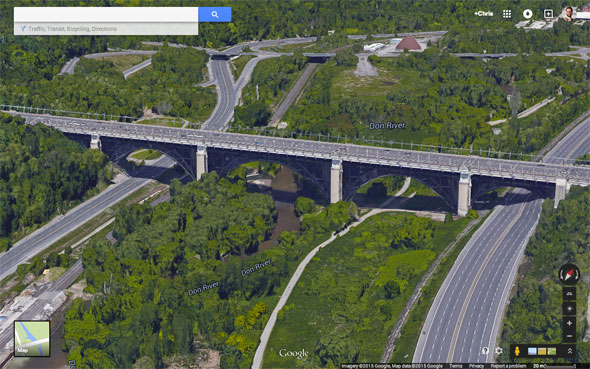 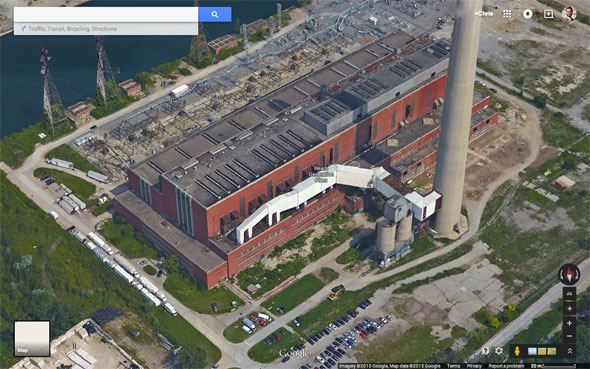 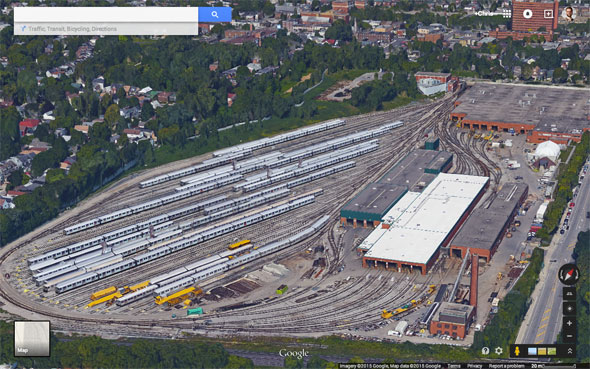 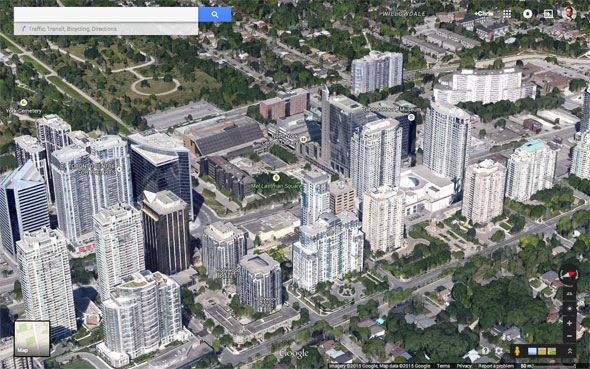 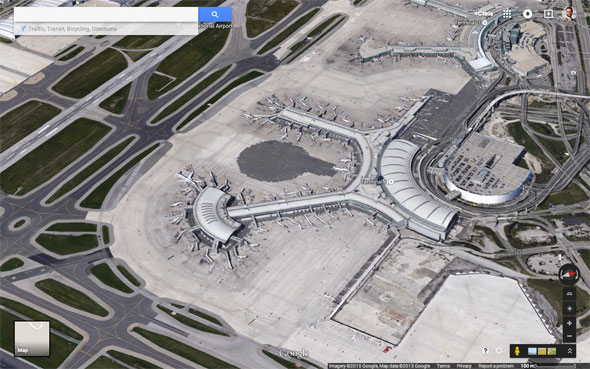 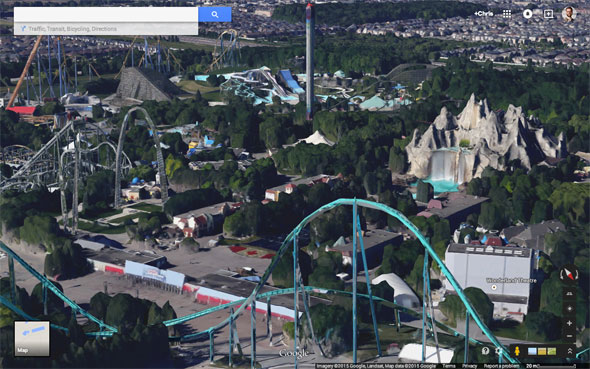 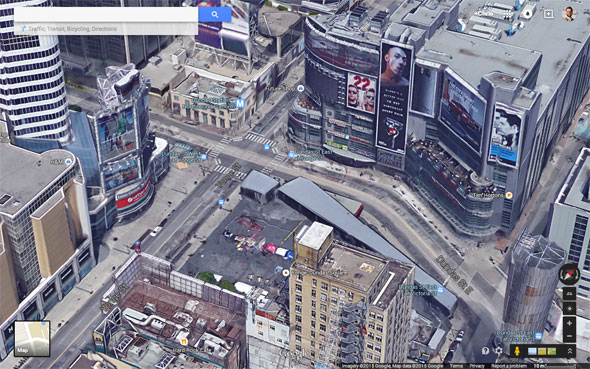 Suggestions for good views are welcome in the comments.