Get to know a Toronto startup: NanoLight

A few ex-pats from Toronto look to have grabbed the title of most energy efficient light bulb. University of Toronto graduates Gimmy Chu, Tom Rodinger and Christian Yan have created the NanoLight, an LED light bulb that uses almost half the 20 watts other manufacturers need to pump out the equivalent of a 100 watt incandescent bulb, with no heat sink. While they've built everything so far with their own money, the NanoLight team has turned to Kickstarter for the final push to get the bulbs manufactured.

I spoke to Gimmy Chu, now working in San Diego, about the funny-looking bulb and how the project came together.

So how did you three get started on the NanoLight?

Two of us were doing our undergrad at U of T and the other one, Tom, was doing his PhD at U of T. We were all part of the solar car team and Tom was actually the lead engineer on the team. He designed all of the electronics within the solar car.

We got together about three years ago, and our initial initiative was to build a solar power generator. We wanted a consumer-grade solar power generator and we wanted to create a really energy-efficient light bulb to go with it. As we went down that path of developing the solar generator, we realized what a big invention we had created with this super energy-efficient light bulb. We decided, 'hey, we shouldn't just make this for solar purposes, let's make it universal for all kinds of light fixtures.' And that's when we made it compatible with the standard light bulb socket.

We still have this solar product that's under development and almost ready for the market, it was just, we were developing two products at the same time and we realized we would just go with the light bulb instead. There's a much bigger market for it and there's a lot more benefit in releasing something that everyone can use, rather than solar products --- that's a much smaller market. 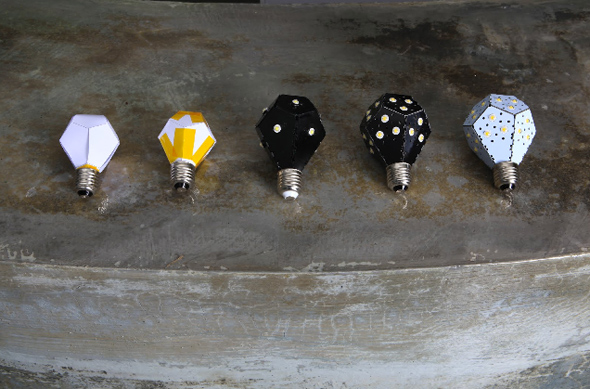 When did work start?

We started working together probably three years ago. We actually come from all different backgrounds. Tom did his PHD and he was working in the biotech industry in Vancouver, while I've been working as a technology consultant on various clients around North America for the last seven or eight years. Christian, he actually manages a manufacturing facility in China. The three of us remained friends throughout the years and we got together about three years ago and just decided to take all of the knowledge and experience we have and apply it towards real-world products.

Tom left his job about a year, a year-and-a-half ago to dedicate time to creating these products. I travel to Asia maybe once every two or three months to push the manufacturing side of things forwards. I work around the clock. We're working day and night. In the end we're definitely excited about all of the support we're getting, and to take many years of work and bring it all together to actually create something.

Have any of the big bulb manufacturers shown interest in the technology?

Not yet. We've had a lot of exposure to people in the lighting industry, and there's a lot of buzz around there because we are a much smaller company than they are --- it sounds a little strange that three engineers from Toronto are able to come up with such a technological breakthrough, but the LED industry is still quite young and all the different companies are coming up with their own innovations in that area. 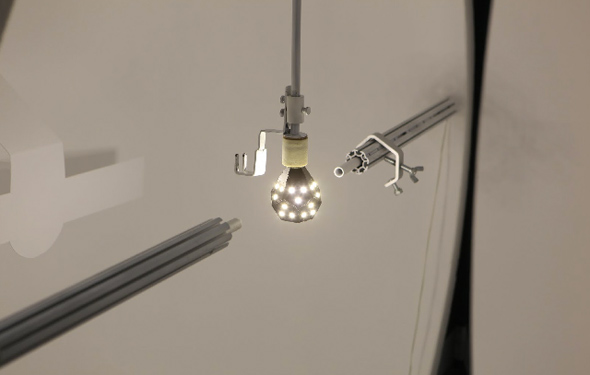 Where did the design for the bulb come from?

We wanted to find a way to make an omni-directional light bulb. We had to find a way to have the bulb shine light in all directions, that's kind of a demand for most existing light bulbs out there. Most LEDs, when an LED cell sits on a circuit board, it shines light directly away from the circuit board. At a maximum it's 180 degrees of light, and it's actually more like a flashlight. But by creating a bulb that actually shines in all directions it mimics the classic incandescent bulb.

What is the biggest challenge?

The challenge for us is being able to establish the company. We are a small company with very limited resources. So far it's been 100 per cent self-funded. All the time and and energy we put into it has been our own expense. That has been the biggest challenge, and we're really excited to receive all the pledges from Kickstarter and actually start production on our light bulb.

When will people be getting their bulbs?

The first set are expected to ship out in May, and then we have orders going all the way through to September, and pretty soon we'll be looking at going into December as well. We haven't reached out to any of [the big-box retailers] yet. We have distributors reaching out to us, but at the moment we're looking to fulfill our Kickstarter orders and once we have our manufacturing process down, we're going to start working with distributors around the world to get the light bulb in more places. 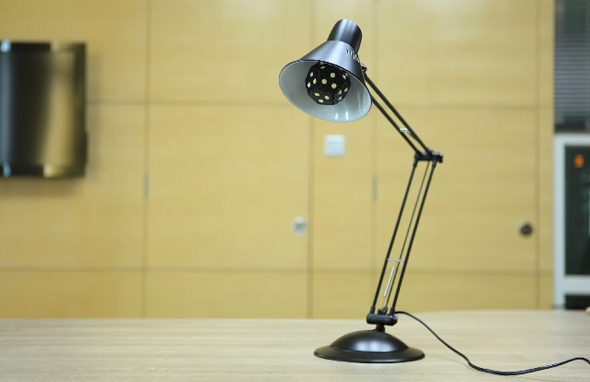 We liked the idea to be able to reach the end consumers and the people that are actually interested in new, innovative ways to solve problems, and a lot of those types of people are on Kickstarter working for new technologies and interested in supporting what they believe in, and I think that was really the reason for us. At the same time we really needed a way to get our product out there and see what people actually think about it. It's been a great platform for us because through that, we were able to see that people were actually interested in this and we were able to get a lot of media coverage from it as well.

I think we're going to continue developing more and more products. For now our goal is to help facilitate the transition to LED light bulbs. In the next few years incandescents are being phased out, CFLs are being phased out, so the only real alternative is LED lighting. The focus of our company is really to continue to innovate and create solutions for some of the world's problems, and not just around the lighting industry but also in solar and alternative energy solutions. 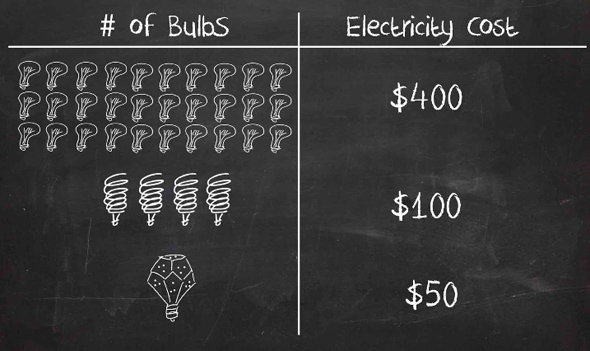