Coders battle for $25K in the Great Canadian Appathon

Nuit Blanche wasn't the only all night party this weekend. While half the city was wandering the streets of Toronto, collections of young coders were designing the next app in hubs across the city. The Great Canadian Appathon competition, which pits young coders against each other in attempts to create the next big game for XMG and a chance to win up to $25,000 had its second coming this weekend.

The kids arrived at their respective pods Friday at 5pm, and just like MTV's The Real World, they were confined to their quarters with limited access to the outside world until they were released Sunday at 5pm. Unlike The Real World, there were supervisors making sure they didn't overdose on energy drinks or get up to any hanky-panky on the bean bag chairs--although the supervisor at the Ryerson location didn't seem to think this would be an issue.

There were hubs all across Canada. Toronto had two, one at UofT and one at Ryerson. At the Ryerson hub, seven teams were sprawled out working on their games. The coders comprised mainly of Computer Science majors from Ryerson and UofT and Game Programmers from Trios College. Most went the 48 hours with little to no sleep (except the only team of girls who rewarded themselves with a full night's sleep). The lack of sleep didn't seem to bother most. Oles Tourko from team "Mudkipz" told me that being sleep deprived was part of the fun. 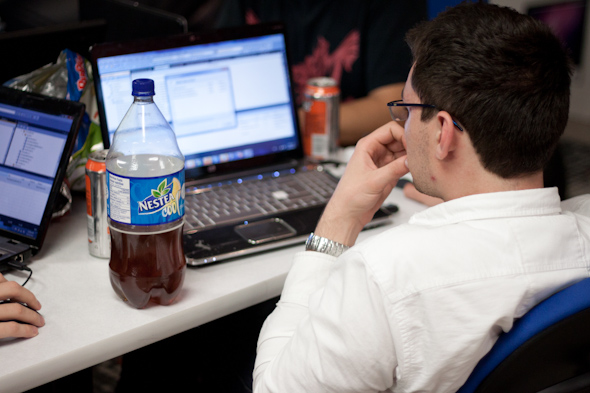 The young coders were given the theme "Sports" when they arrived and were expected to develop a game from start to finish over the 48 hours. The teams at the Ryerson hub were all confident in their games, despite sharing a common dislike for the sports genre of video games--most prefer role-playing and fantasy games. 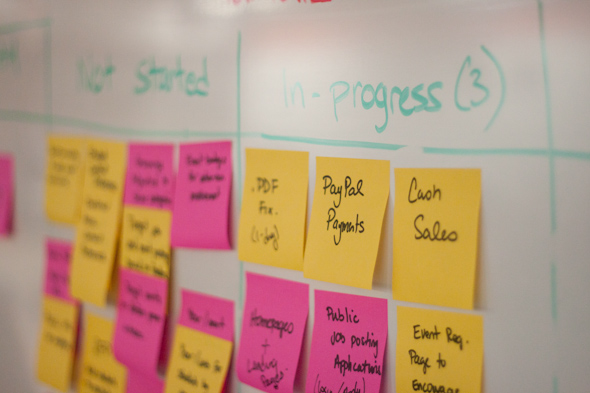 Some promising games that came out of the weekend included a 3-D racing game from team Mudkipz, which had anime characters racing against each other, team Wannabe's Tron style dodgeball game and team Darkside Production's game of pool in space.

The top 25 teams will be notified on October 7th. Then, on October 25th the top three will be invited to come to Toronto and play their games live at Dundas square and the winner will be announced November 2nd. 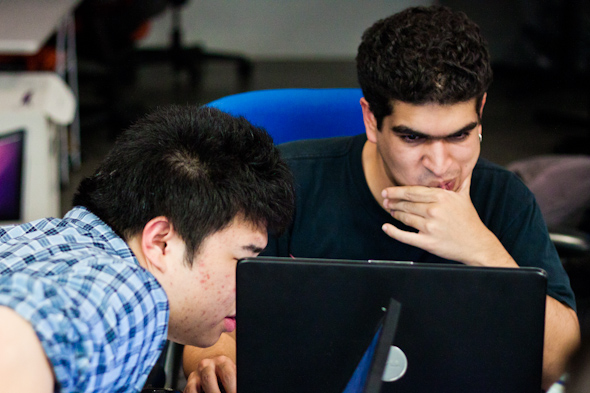