If you like historical photos of Toronto, and you own an Apple mobile device (no word on Android implementation yet), Zeitag TO is the latest must-have app. Structured around an interactive Google map, it features over 500 geo-tagged photos of Toronto from the late 1800s to the 1980s. Perfect for use a sort of walking tour guide, it also looks slick enough on the iPad to do some virtual-exploring from one's couch. 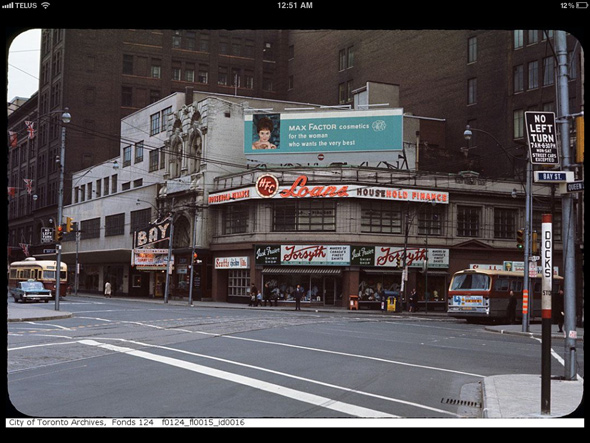 Similar to WhatWasThere, another app that plots historical photos on an interactive map, Zeitag TO isn't however, quite as feature-rich. While the former allows users to add their own photos and makes use of Street View technology so that one can directly compare the Toronto of the past with the Toronto of today, the latter comes with all of its photos pre-loaded (via archival photos that are no longer copyrighted or those with Creative Commons license) and remains confined to a standard Google map.

This is both good and bad. As much as WhatWasThere is loaded with potential, the fact that the developers have already added the photos to Zeitag TO means that it's far better stocked at the moment (500+ images compared to around 70 for its competition). Eventually one suspects that WhatWasThere will be the better overall app, but because they're both free, it only makes sense to download them both. 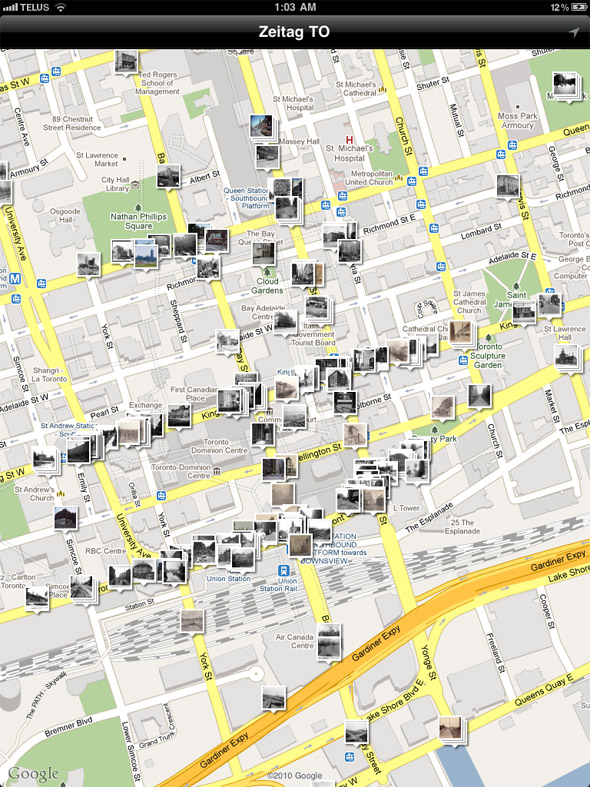