New app is like a personal alarm system, only better

Remember the movie Panic Room? The one where a badass Forest Whitaker and Jared Leto try to rob Jodie Foster and a young (and less brooding) Kristen Stewart, who take refuge in a veritable steel cage designed for emergencies? I always loved the idea of a panic room, but it's not very practical in a downtown condo (unless you consider a bathtub a super-secret hiding place). And I don't love the idea of an alarm system, since they're expensive and rely on the timely response of the alarm company in order to be effective. It was only a matter of time before a tech company capitalized on the mobile trend to improve personal safety, so instead of panicking during a crisis you could simply say "there's an app for that."

This week Toronto startup Guardly launched as a mobile alternative to a home alarm system. The app is described as "a platform for emergency communication that is changing the way mobile personal safety is delivered." It allows you to alert and connect with friends, family and the authorities in case of an emergency with one tap on your Smartphone, and provides details on your whereabouts to your network.

Founder Josh Sookman says the idea for Guardly really started when he got his first mobile phone over a decade ago as a safeguard against emergencies (my reason for getting a cell phone was much less important: to talk to my girlfriends after my phone curfew). He says his experiences working at the BlackBerry Partners Fund, a $150 million venture capital fund focused on mobile computing, helped him understand mobile trends like location and voice, and led him to develop the app's design. "It occurred to me that there was a void in creating a mobile application that took advantage of these trends to help protect people in case of physical or medical emergencies," he says.

The app allows users to create a personal safety network, which can include family members, friends, the authorities, or campus security. If you're ever in an emergency you can use Guardly to immediately alert your network that you're in trouble with one tap. It provides data on your location, and you can also provide video and photos of your situation if possible. It also provides an online space where your group members can talk to each other to give an update on your status and what they've done to help. The company's cloud-based infrastructure means that responders can interact with the victim and each other through SMS, the web, and voice conferencing. 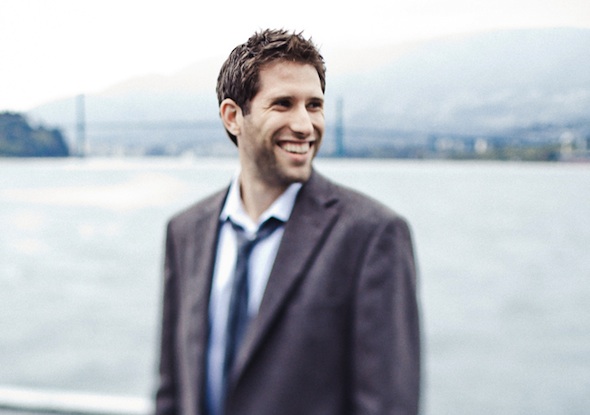 My first thought was okay, this app means I'm going to accidentally pocket dial an emergency in once a week, and 911 is going to ban me for life. And I also think there are different levels of emergencies - maybe one emergency is there's a break-in at my apartment, and another is I'm walking alone and someone creepy is following me. I don't need 911 for the creepy person, but I sure as heck want my boyfriend to know. Sookman explains that you can adjust your settings based on situations and people. "With Guardly, you can create custom groups where you can pre-determine whether you think the emergency should be escalated to 9-1-1 or another authority," he says. "You can also create a number of groups and pick one to be your default - this default group may or may not include 9-1-1." Once you trigger an emergency within the app, you have a vibrational countdown before it alerts your network - meaning you'd notice if you triggered it in your pocket and would still have time to cancel an incident. You can also cancel an incident after it's been launched - the people in your network will be notified and can follow up to make sure everything is okay.

Another big concern is what happens if you don't have a wireless signal when you find yourself in a crisis situation. Guardly's site says the app will wait until you have signal to place a call to ensure you won't be disconnected from the authorities, and if there's a Wi-Fi connection it will dispatch e-mail messages to your group. But this doesn't really help if you're without signal or Wi-Fi and need to notify your network. "If that's the case, then any action won't help you. We can't fix network or device hardware failures, but assuming the technology works, we do our best to help save you," Sookman says.

Sookman launched Guardly this week on the stage at DEMO, one of the most exclusive startup conferences in the world, along with fellow Toronto-based companies Viafoura and Trendspottr. Presenting at DEMO doesn't come cheap - startup apply to demo and have to pay $18,500 if chosen (there is no fee to apply). Since the launch the company has been featured in The New York Times and AllThingsD. As for why he didn't launch in Toronto? Sookman says you can't beat the prestige of DEMO. "We decided to launch at DEMO because of the international reach and prestige of the 20-year stage that has launched many successful companies in the past," he says. "It is a very well attended conference by media, VCs, technology partners and other interesting startups from around the world."

Sookman does say that Toronto will be an asset while he debuts and grows the company's apps. He credits the proximity to the mobile community in Waterloo, the numbers of startup-focused events (he is one of the curators of Toronto's Startup Digest newsletter), and his network of fellow entrepreneurs and investors as reasons the city will help the company succeed. Guardly operates out of the Extreme Venture Partners space in downtown Toronto, and counts Tweetagora founders Mark Pavlidis and Bretton Maclean as members of the team. The app will be available at the end of March for iPhone and later this year on BlackBerry and Android, and will be available in both free and premium versions. They'll be competing with existing applications Rave Mobile and Life360.