Since the World Cup kicked off last week my social media channels have been inundated. All I've seen are tweets, Facebook status updates and blog posts about peoples' favourite teams, and play-by-plays of individual matches. If you think the vuvuzelas in South Africa are noisy, then you should check out my Twitter stream!

For many die hard fans in Toronto social media has allowed them to come together around their teams. They're live-Tweeting games from bars at 10 a.m., using flags in their tweets, and posting photos of post-game celebrations on the streets of Toronto. Whether you're ambivalent about the World Cup and wish it would stop flooding your streams, or you're a diehard fan and want to amp up the World Cup action in your life, read on for how some Toronto-based tech tools can help you out.

I'm a huge sports fan, but I have to admit that soccer doesn't interest me in the least. So first a tool for the non-soccer lovers out there who have found World Cup mania to be nothing but an annoyance. The best tool I've seen for filtering out Tweets about the World Cup and anything related to it is TweetAgora, built by local developers Bretton MacLean and Mark Pavlidis (I first wrote about them after the Chirp conference in San Francisco).

TweetAgora is a Twitter client for the the iPhone (sorry BlackBerry fans) and its killer feature is the ability to extensively filter topics, people, and specific types of Tweets (Foursquare check-ins anyone?). As soon as World Cup mania started, I muted terms and hashtags relating to the World Cup, and quickly found that my stream was a lot quieter. 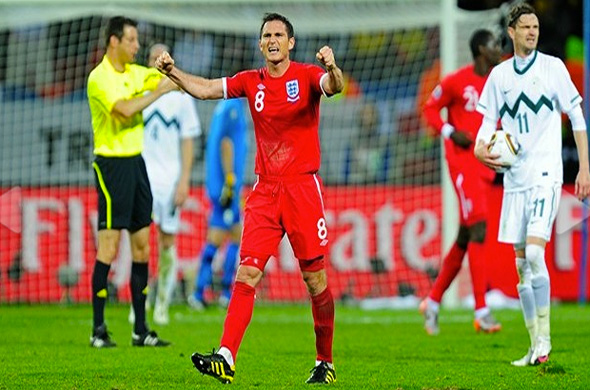 But TweetAgora is also great for those who are fans - the app's name comes from what Brett and Mark call an Agora, which is a custom feed. An Agora can include users, search terms, hashtags and Twitter Lists. So build an Agora around fellow fans of your team, and filter out all the competitors' fans. The app is available on the app store for free, with a premium version for $4.99.

If you're a visual person then perhaps photos are more your style. Local start-up company CrowdReel is helping World Cup fans see real-time Twitter photos from around the world. Users sign in with their Twitter name and can then see photos from their Twitter followers; photos of trending topics (#worldcup is the top trend right now); and they can search for photos around a specific event (in this case I searched #worldcup). It helps give fans a perspective they wouldn't get from mass media coverage, and allows them to contribute their own photos to the pool.

And if you're addicted to your mobile device then you need to download locally-developed mobile apps. The Score Mobile FC app, developed by Five Mobile, is available now for Android and BlackBerry and coming soon for iPhone. Fans can follow games with the live-blogs, and keep track of their team with the stats and scores.

Another World Cup app is Polar Mobile's WC2010 app (only available for BlackBerry). The app offers live scores and headlines, and also supports languages including Italian and Spanish.

People are already squatting on usernames for Toronto Metropolitan University